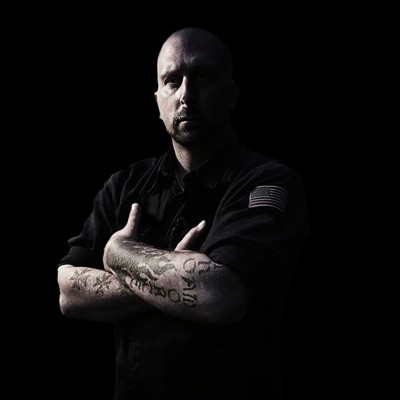 Rocci Stucci Radio Personality / Public Speaker Your hard charging, no nonsense, take no prisoners, master of ceremonies…… The “Emotional Meatball”, Rocci Stucci! Unscripted, unfiltered, and completely unapologetic. Rocci Stucci is the absolute antithesis to the malpractice of western media, and the bonafide, guaranteed cure to society’s ills. Rocci is a purveyor of patriotism, and a constitutional connoisseur, who strongly believes in the values on which this great nation was founded.
130 Episodes
Reverse 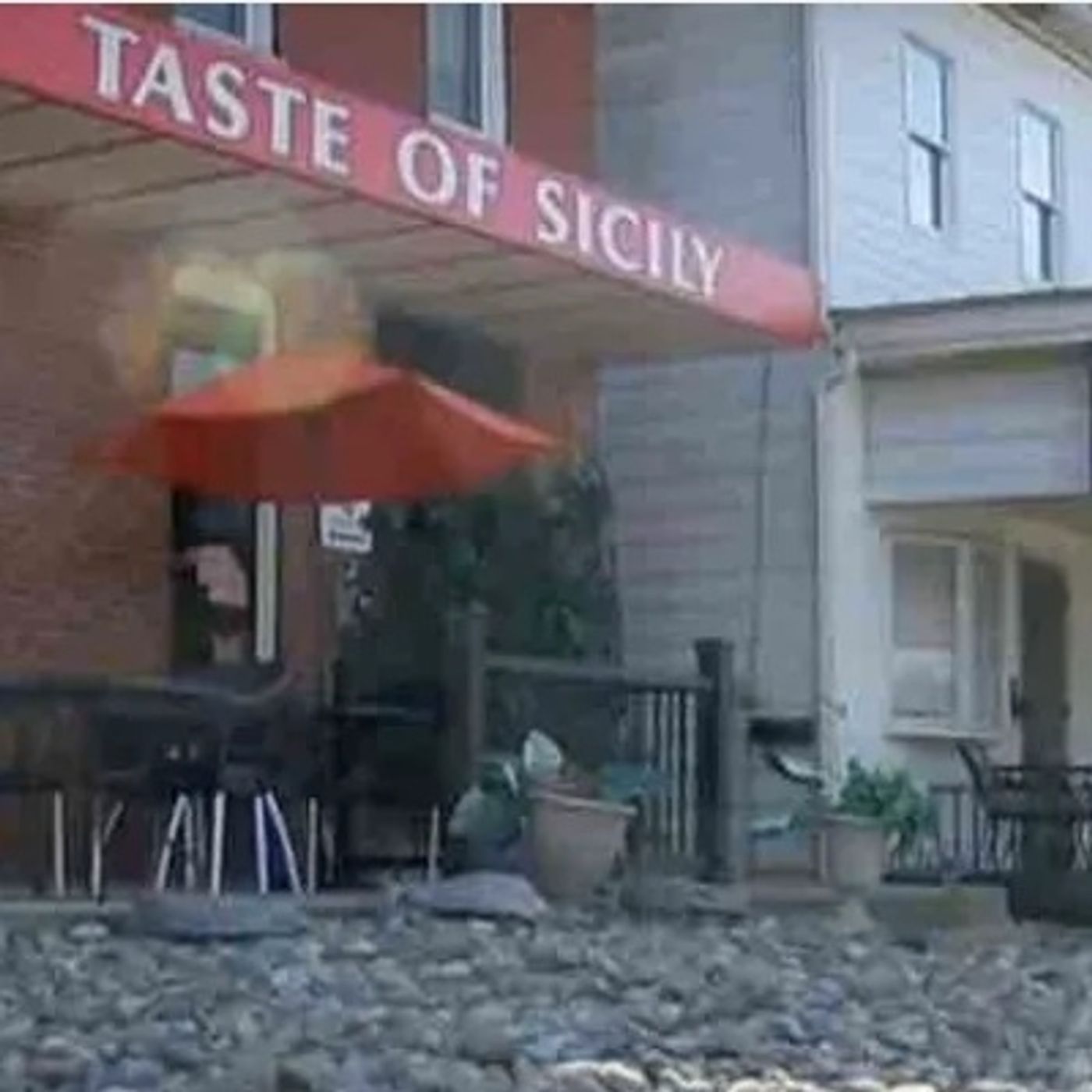 Italian Restaurant Owners Who Said 'We Ain't Paying Crap' After $10,000 in COVID-19 Fines

Over the summer, the co-owner of Taste of Sicily — an Italian restaurant in Palmyra, Pennsylvania — made headlines when he defied left-wing Gov. Tom Wolf's COVID-19 shutdown mandates and scoffed at the $10,000 in fines that came along with them."Some rob you with a gun, while others rob you with a pen," co-owner Mike Mangano declared to PennLive at the time, referring to Wolf. "We ain't paying crap."Well, it appears he was right.What's the background?The restaurant opened at full capacity in May — a violation of Wolf's shutdown orders — and the eatery didn't require masks or social distancing, and plexiglass barriers weren't up, the station said.Mangano cited financial struggles for the decision to reopen, WHP-TV reported.The restaurant's attorney Eric Winter said as much, telling the station "the business needed it. The family needed it, and they needed to do things to survive. They went ahead and reopened. And at that point, they had great support from the local level elected officials."But not from the state government. The Department of Agriculture delivered citations to the Taste of Sicily with fines amounting to $10,000.Mangano, however, told PennLive the restaurant wouldn't shut down its dining room — or even pay the fines: "There's absolutely no fear here. We're going to continue to come to work, and the governor ain't going to do anything about it.""We don't care what the repercussions may be. We want the world to see how ridiculous it is for being penalized to go to work," he said in a June press conference. "Nobody's asking business owners to take up arms or go to war. Open your doors already.""We were absolutely ecstatic," Mangano told the station. "You know a lot of people said a lot of different things about Taste of Sicily. We were selfish. All we cared about was business and money, and it's like we need to make a living."Winter told WHP the Department of Agriculture couldn't lawfully cite them for opening early and that citations must be prosecuted by the attorney general or local district attorney.Judge Carl Garvey ruled the family business was unconstitutionally cited and the restaurant was found not guilty, the station said, adding that Winter noted Taste of Sicily's owners won't have to pay any fines, and they're waiting for a hearing date against the Department of Agriculture.What did the governor have to say?Gov. Wolf, a Democrat, on Monday told WHP-TV that he plans to appeal the judge's ruling."The issue in terms of the upsurge has been restaurants and bars, so I think looking at how we deal with those restaurants is an important policy tool and part of anybody trying to address the challenge with this pandemic," Wolf told the station.DONATE: https://paypal.me/RocciStucciMerch: https://www.etsy.com/shop/rsmediashopVerve Forever (CBD) https://bit.ly/2QIDBJNKickAss Beef Jerky (Code: meatball for 10% off) https://kickassbeefjerky.comRocci's Private FB: https://www.facebook.com/RocciStucciSrRocci Stucci Media FB Page: https://www.facebook.com/RocciStucciMediaSpreaker The SitRoom: https://www.spreaker.com/show/rocci-stuccis-situation-roomSpreaker EBN Talk Radio: https://www.spreaker.com/show/everything-but-normal-talk-radio 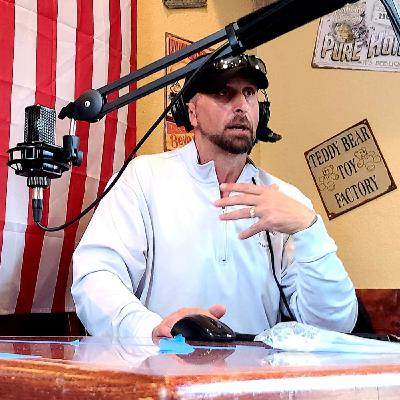 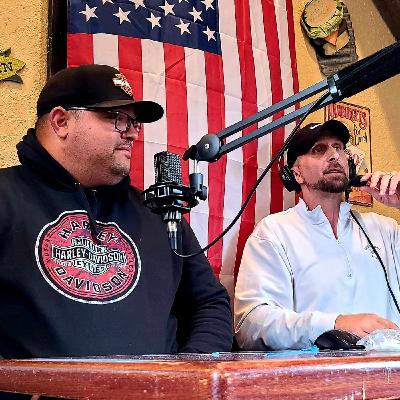 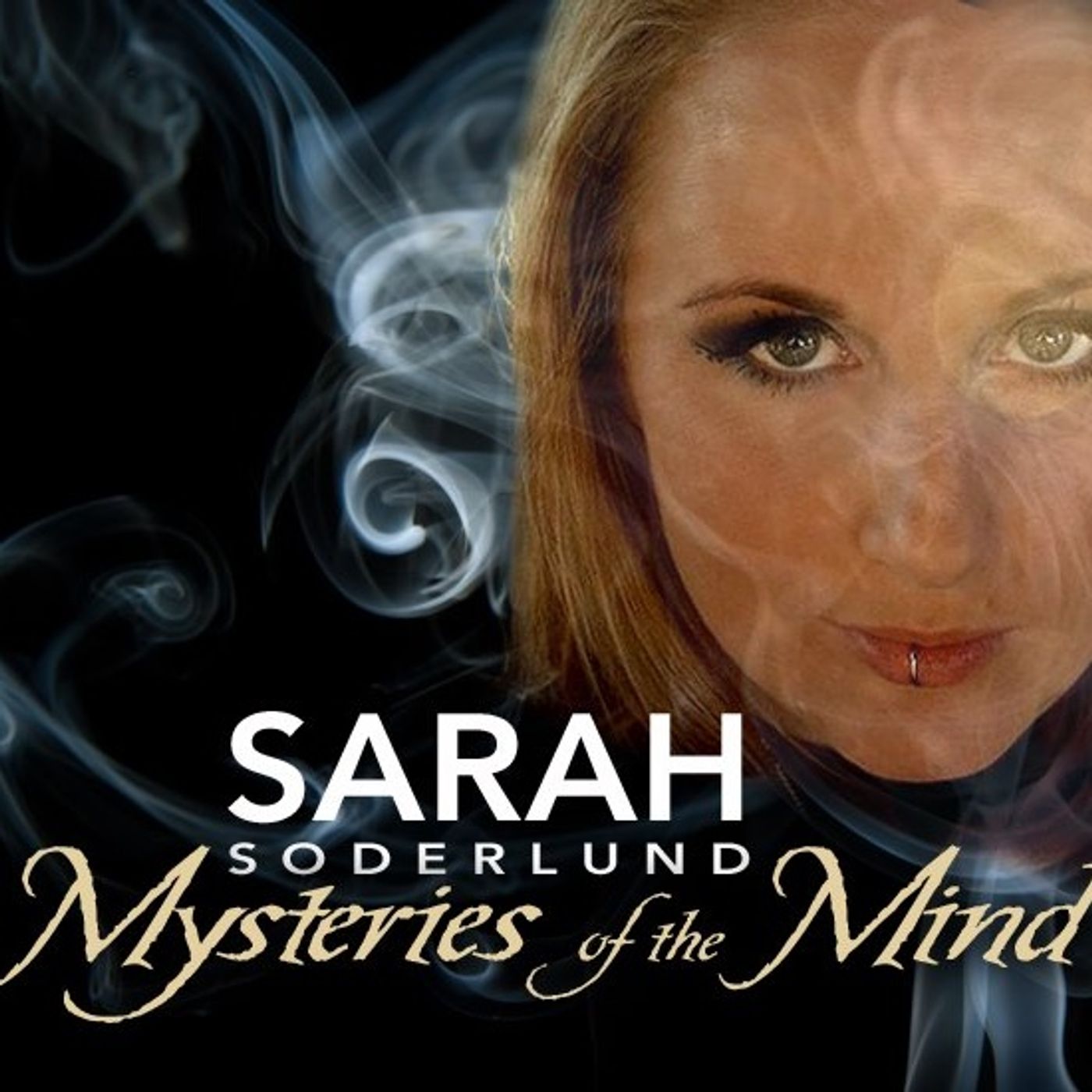 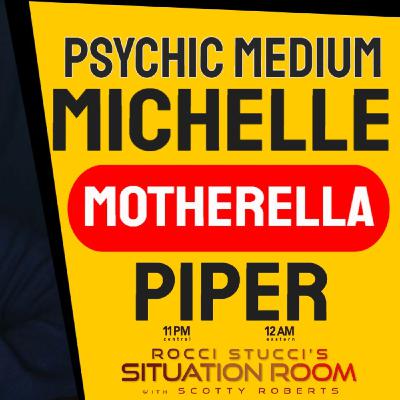 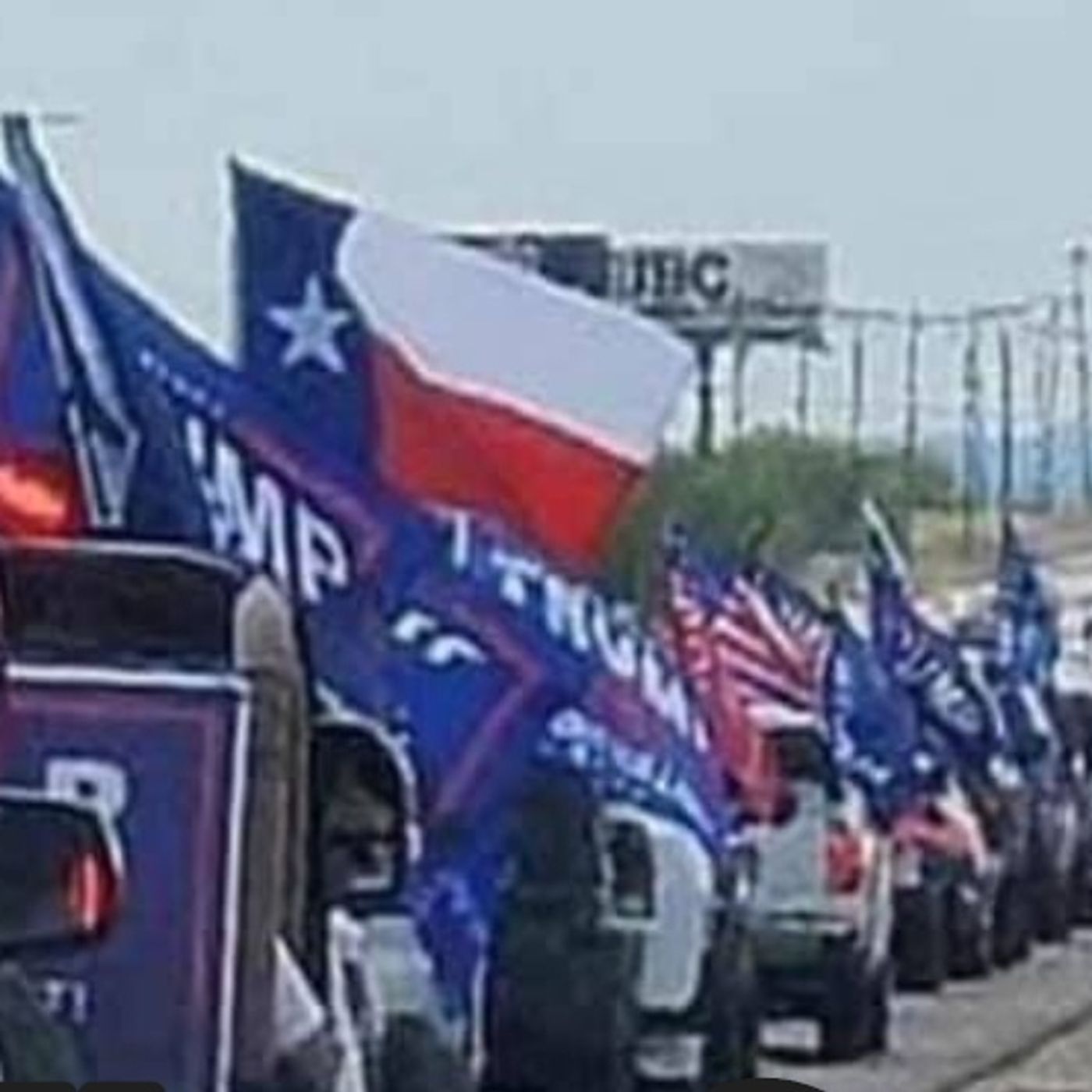 A number of Donald Trump convoys have taken place across the country over the weekend—including a large "Red Wave Convoy" of vehicles driving through Minnesota, which the president's supporters hope is proof that the state will vote for a Republican for the first time since 1972.The caravan of vehicles displaying Trump flags took part in the event in Minnesota on Saturday to show support for the president ahead of November's election.GET YOUR STUCCI'S CIGARS!!! 5 Pack: $47.2510 Pack: $89.95Call Jen to order at (727) 290-8492DONATE: https://paypal.me/RocciStucciMerch: https://www.etsy.com/shop/rsmediashopVerve Forever (CBD) https://bit.ly/2QIDBJN (Verve50 for 50% off)KickAss Beef Jerky (Code: meatball for 10% off) https://kickassbeefjerky.comRocci Stucci Media FB Page: https://www.facebook.com/RocciStucciMediaInstagram: https://www.instagram.com/roccistucci/Twitter: https://twitter.com/Rocci_Stucci 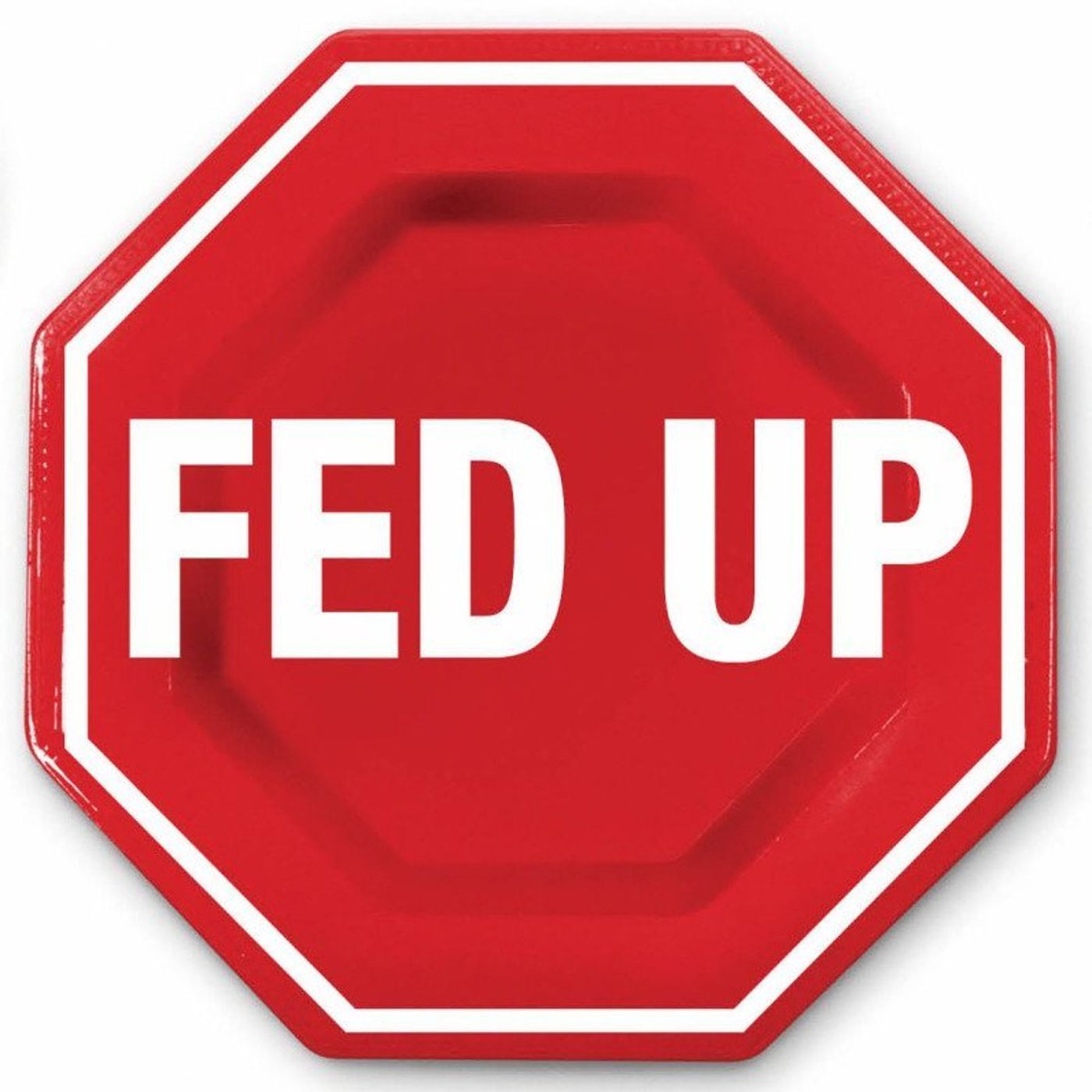 FED UP with Sarah Soderland | The SitRoom 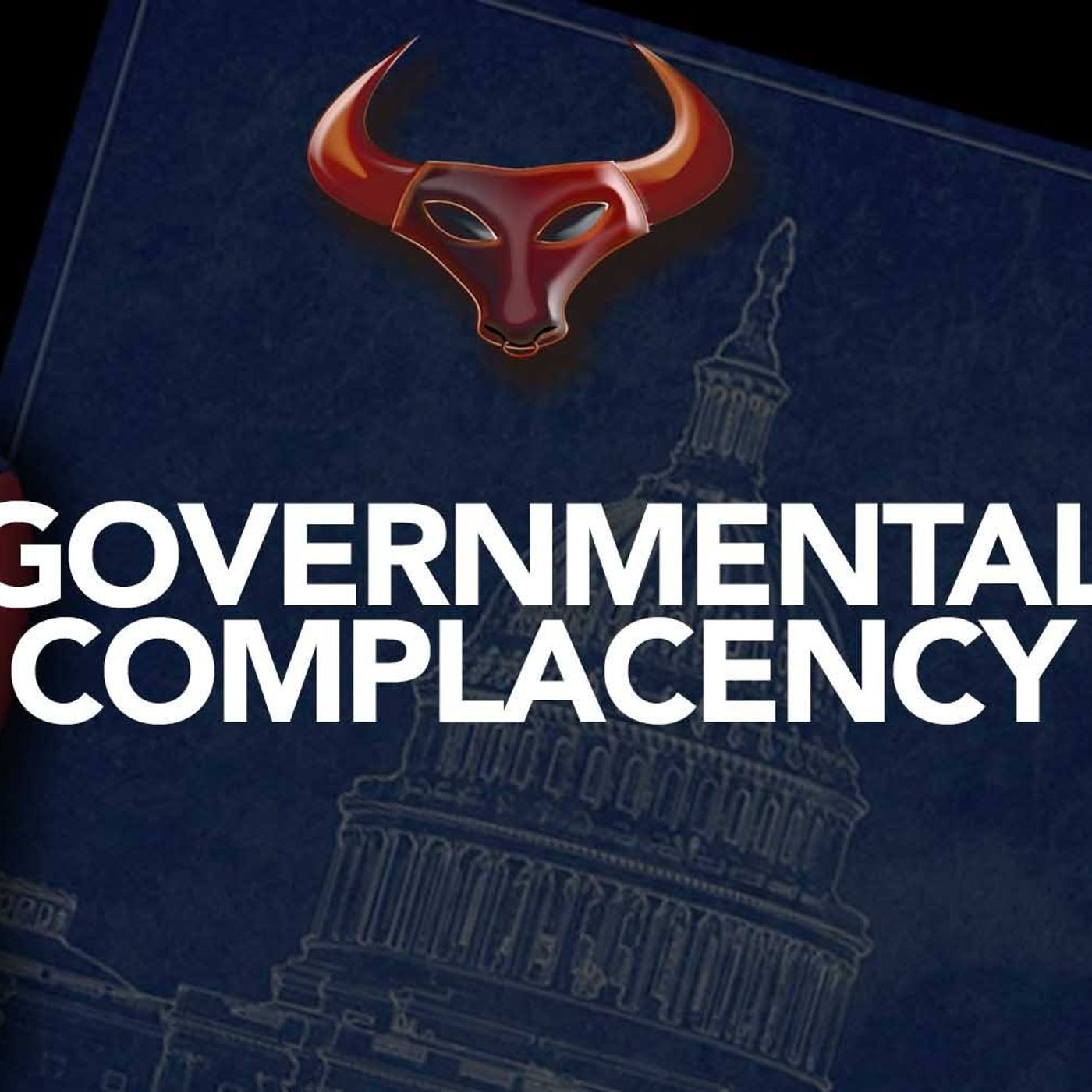 Are you tired of big government trying to control every aspect of your life? Are you tired of the psychotic hypocrisy? Good. so are we!!GET YOUR STUCCI'S CIGARS!!! 5 Pack: $47.2510 Pack: $89.95Call Jen to order at (727) 290-8492DONATE: https://paypal.me/RocciStucciMerch: https://www.etsy.com/shop/rsmediashopVerve Forever (CBD) https://bit.ly/2QIDBJN (Verve50 for 50% off)KickAss Beef Jerky (Code: meatball for 10% off) https://kickassbeefjerky.comRocci Stucci Media FB Page: https://www.facebook.com/RocciStucciMediaInstagram: https://www.instagram.com/roccistucci/Twitter: https://twitter.com/Rocci_Stucci

Do we have rulers? Are we free? Do you think for yourself, or just an illusion? That and much more with our girl Motherella.GET YOUR STUCCI'S CIGARS!!! 5 Pack: $47.2510 Pack: $89.95Call Jen to order at (727) 290-8492DONATE: https://paypal.me/RocciStucciMerch: https://www.etsy.com/shop/rsmediashopVerve Forever (CBD) https://bit.ly/2QIDBJN (Verve50 for 50% off)KickAss Beef Jerky (Code: meatball for 10% off) https://kickassbeefjerky.comRocci Stucci Media FB Page: https://www.facebook.com/RocciStucciM...Instagram: https://www.instagram.com/roccistucci/Twitter: https://twitter.com/Rocci_Stucci 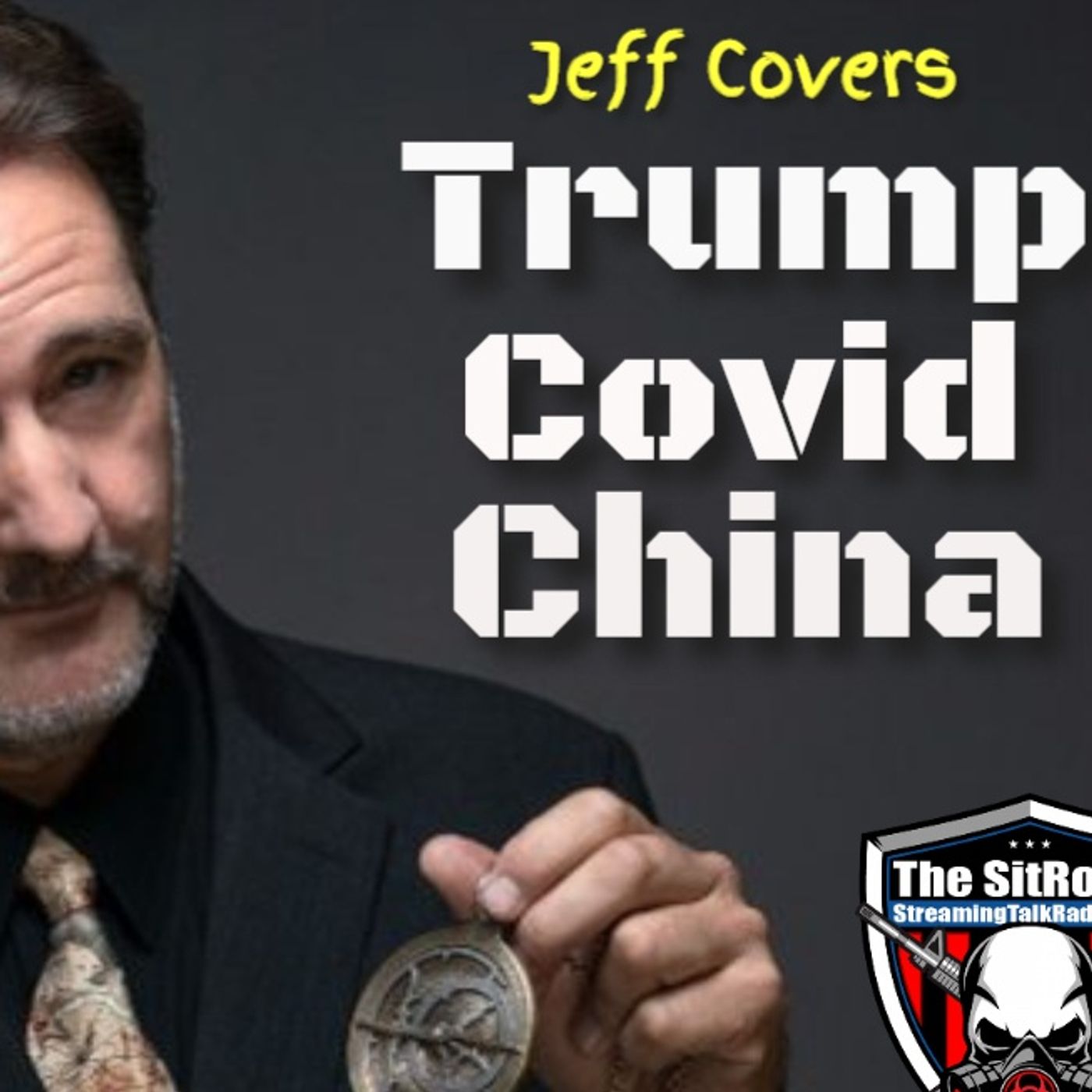 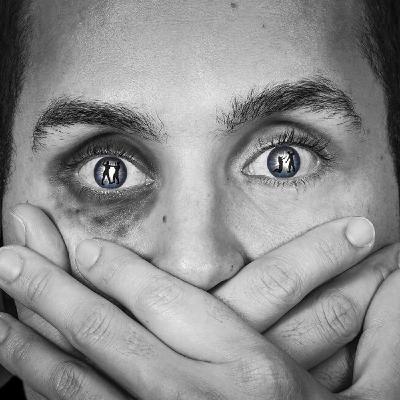 Importance of the Book: More Than You Know : Book 1 of the Father's Angel series touches on a major problem that plagues the world. 1 in 7 men report severe physical abuse from their spouses, and male victims make up about 40% of the domestic violence cases seen worldwide, yet only 30% of them are reported. Men face internal struggles of masculinity, and societal disbelief due to expectation of strength. Due to this, they refrain from reporting out of fear of further embarrassment. More Than You Know was written to bring light to this issue and provide the beginning of the conversation. To get your copy go to: https://www.amazon.com/dp/B08JJDQZ8R/ref=cm_sw_r_cp_apa_fab_pU3AFb561V2FMProceeds will go to make a difference in this fight against spousal abuse! Book Description: Behind the front doors of our busy world lies a darkness that many don’t see. The darkness of violence and abuse that men and women lay victim to at the hand of their spouses. John Crawford is one of the many victims and this is his story!Author Bio:There is a cool breeze blowing through the open window to Celestial’s right. The air tries to flip the page of her notebook but stops at her hand that slowly strokes these words onto the page. “No,” she mutters, scribbling across the page. “That doesn’t make sense.”Link to buy the book: https://www.amazon.com/dp/B08JJDQZ8R/ref=cm_sw_r_cp_apa_fab_pU3AFb561V2FMWebsite: http://StreamingTalkRadio.comDONATE: https://paypal.me/RocciStucciMerch: https://www.etsy.com/shop/rsmediashopKickAss Beef Jerky (Code: meatball for 15% off) https://kickassbeefjerky.comRocci's Private FB: https://www.facebook.com/RocciStucciSrRocci Stucci Media FB Page: https://www.facebook.com/RocciStucciMedia 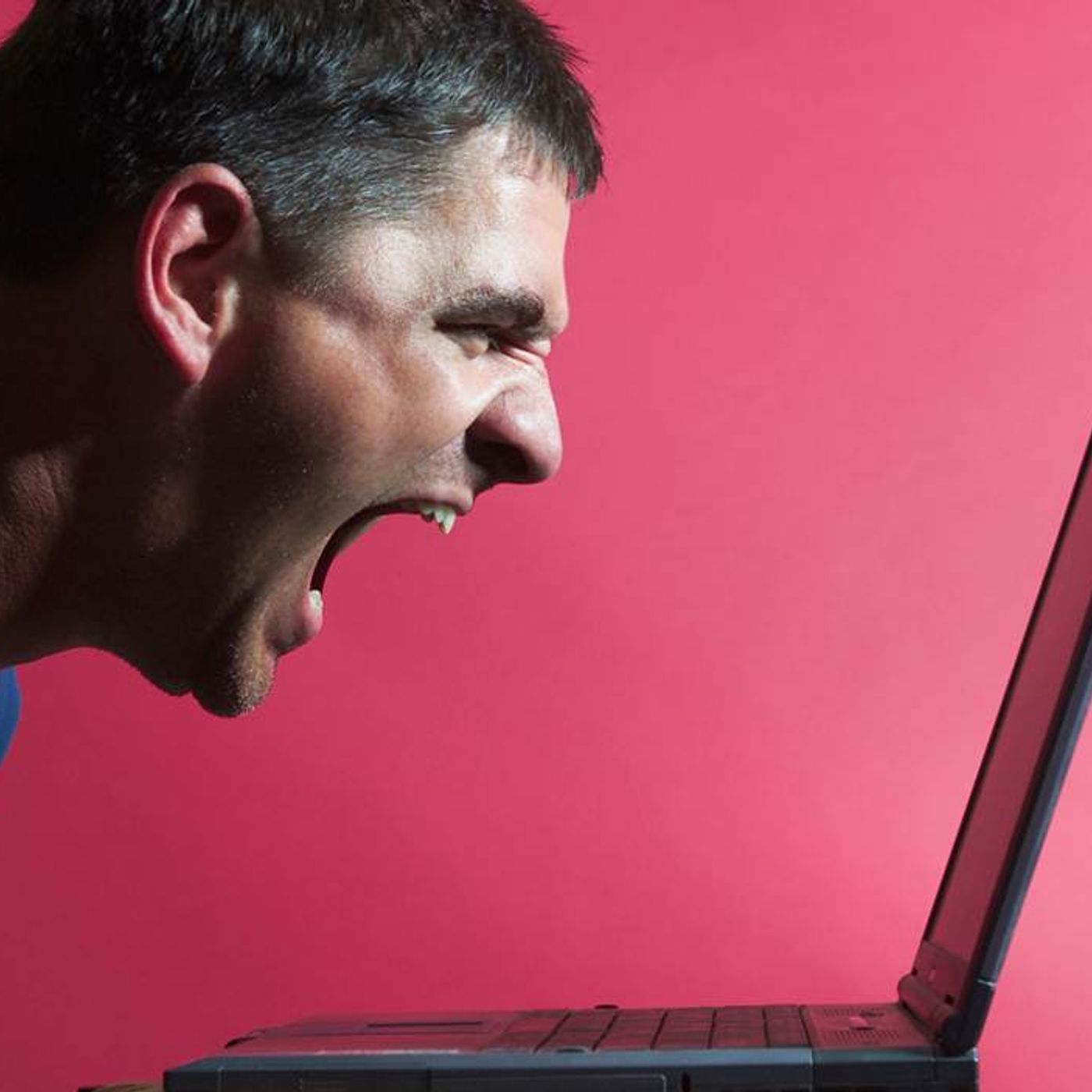 Diving Deep on Societies ill's with Sarah Soderland | The SitRoom 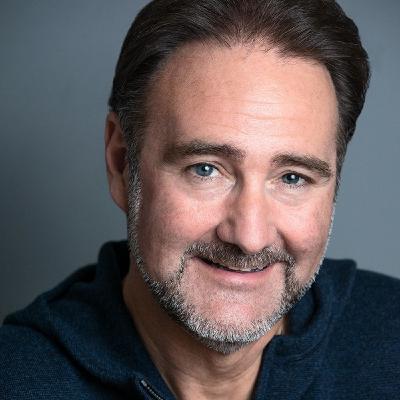 Jeff specializes in Electional Astrology--the art of selecting auspicious times to sign contracts, release product, travel, and schedule weddings, surgery, and other important events.Jeff Harman, second-generation astrologer, is available for all of your personal and business needs. With 45 years of experience, Jeff is a master of Classical, Vedic, and Kabbalistic Astrology. He also draws from many other traditions of spiritual knowledge for clearing people and property of unwanted energies, and he is a consultant for paranormal investigations.www.JeffHarman.comWebsite: http://StreamingTalkRadio.comDONATE: https://paypal.me/RocciStucciMerch: https://www.etsy.com/shop/rsmediashopKickAss Beef Jerky (Code: meatball for 15% off) https://kickassbeefjerky.comRocci's Private FB: https://www.facebook.com/RocciStucciSrRocci Stucci Media FB Page: https://www.facebook.com/RocciStucciMedia 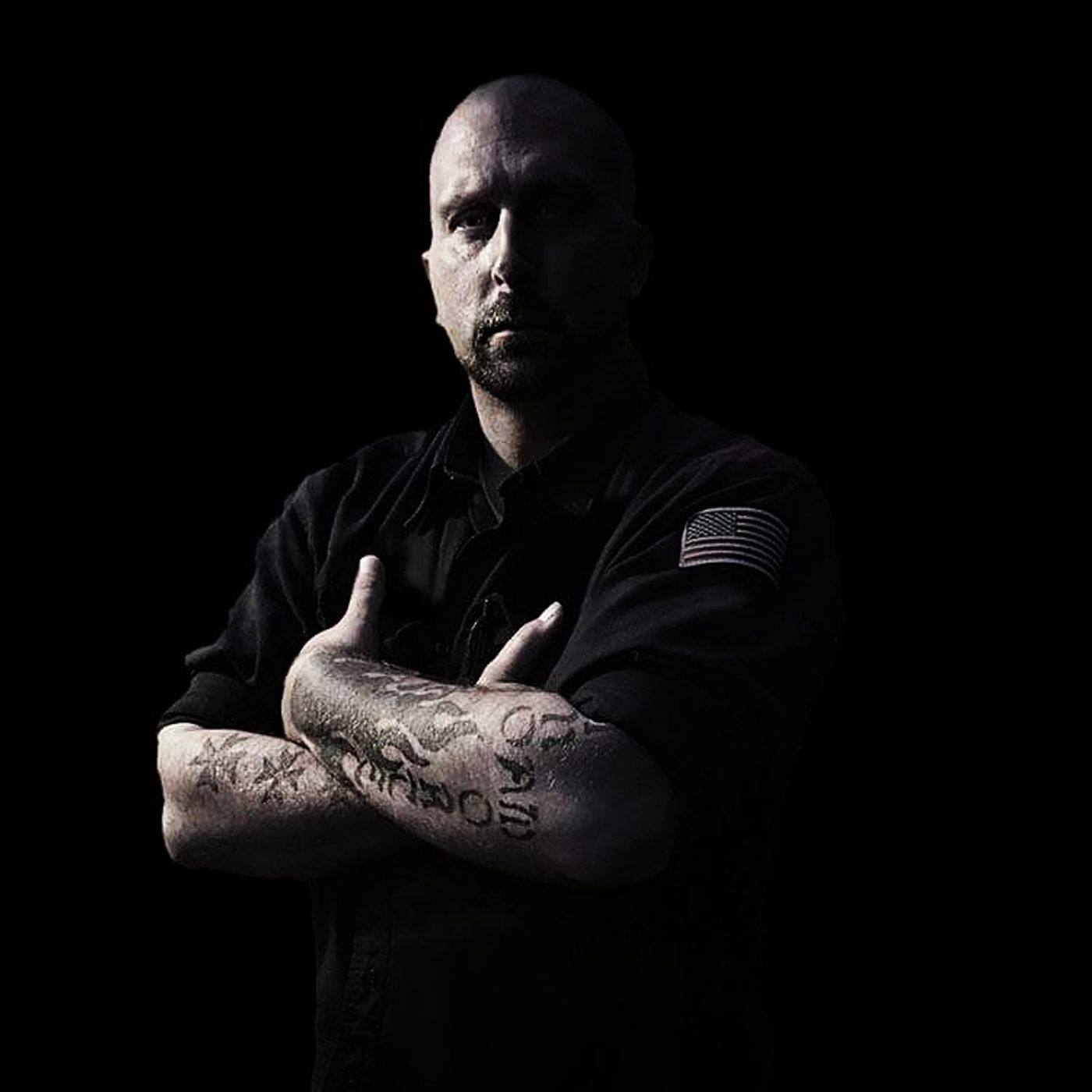 BEWARE: The Stucci Brothers sit down for a Sunday Conversation

Rocci and Steven Stucci sit down for a Sunday afternoon conversation. Please enter with caution as we tend to go off the beatin path. Enjoy! 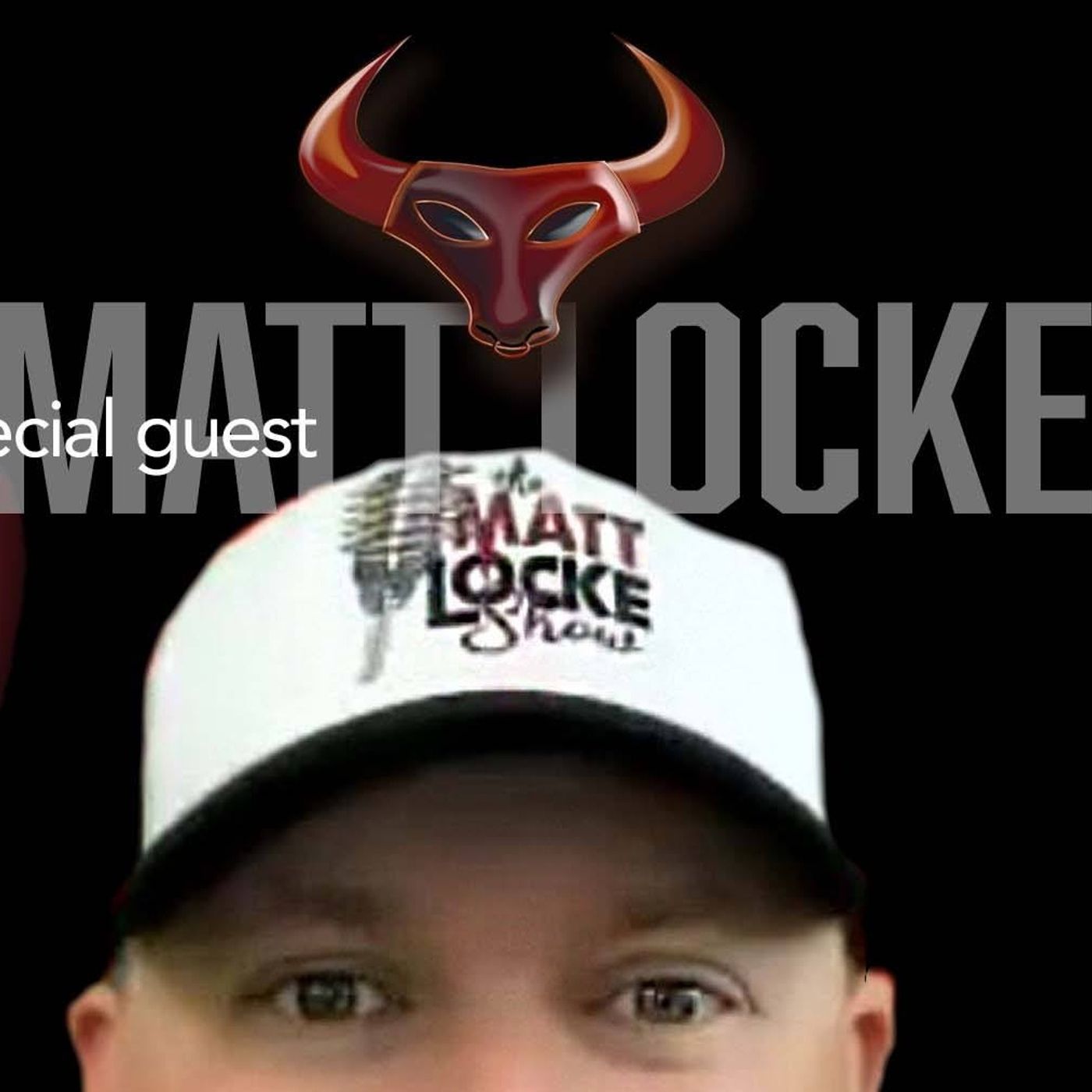 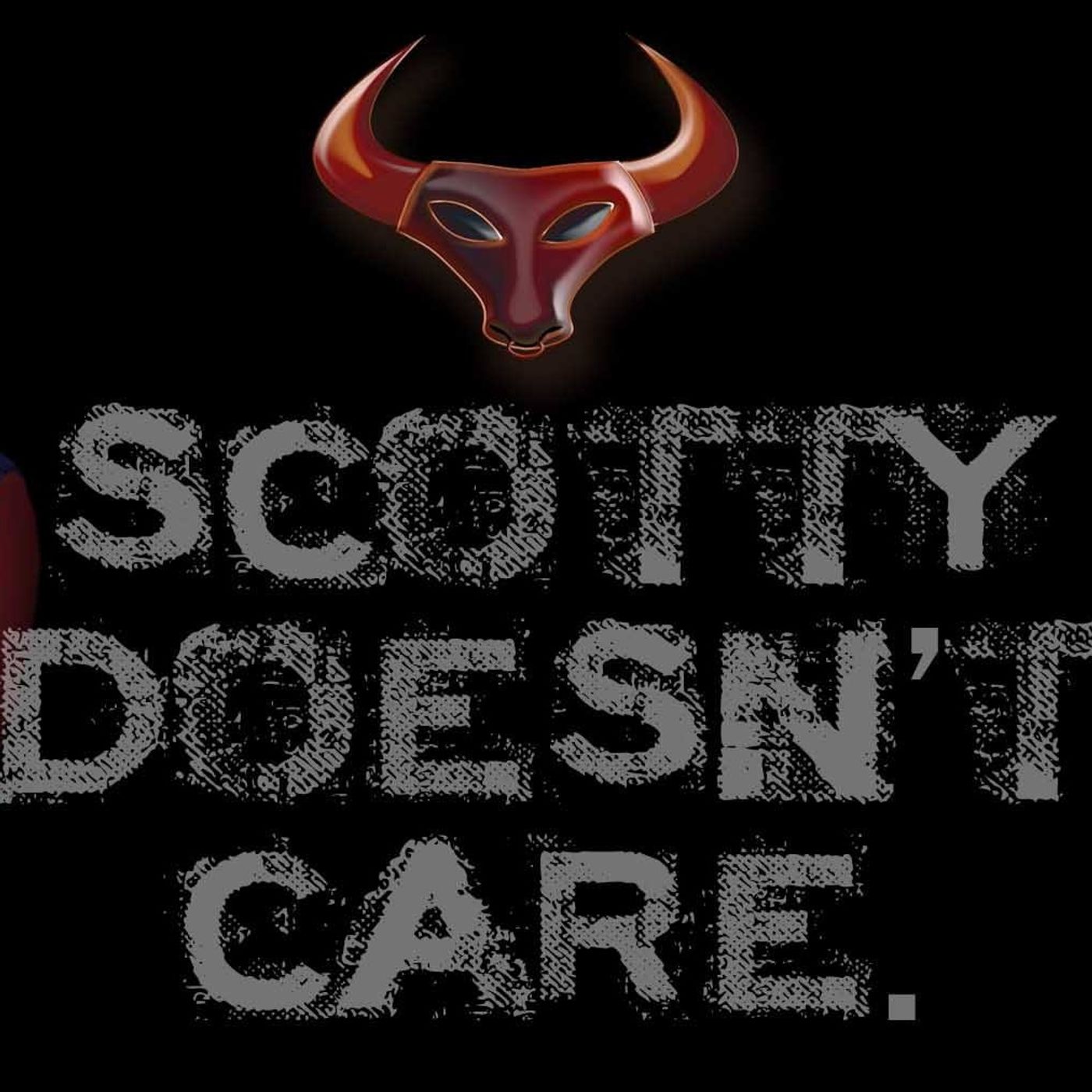 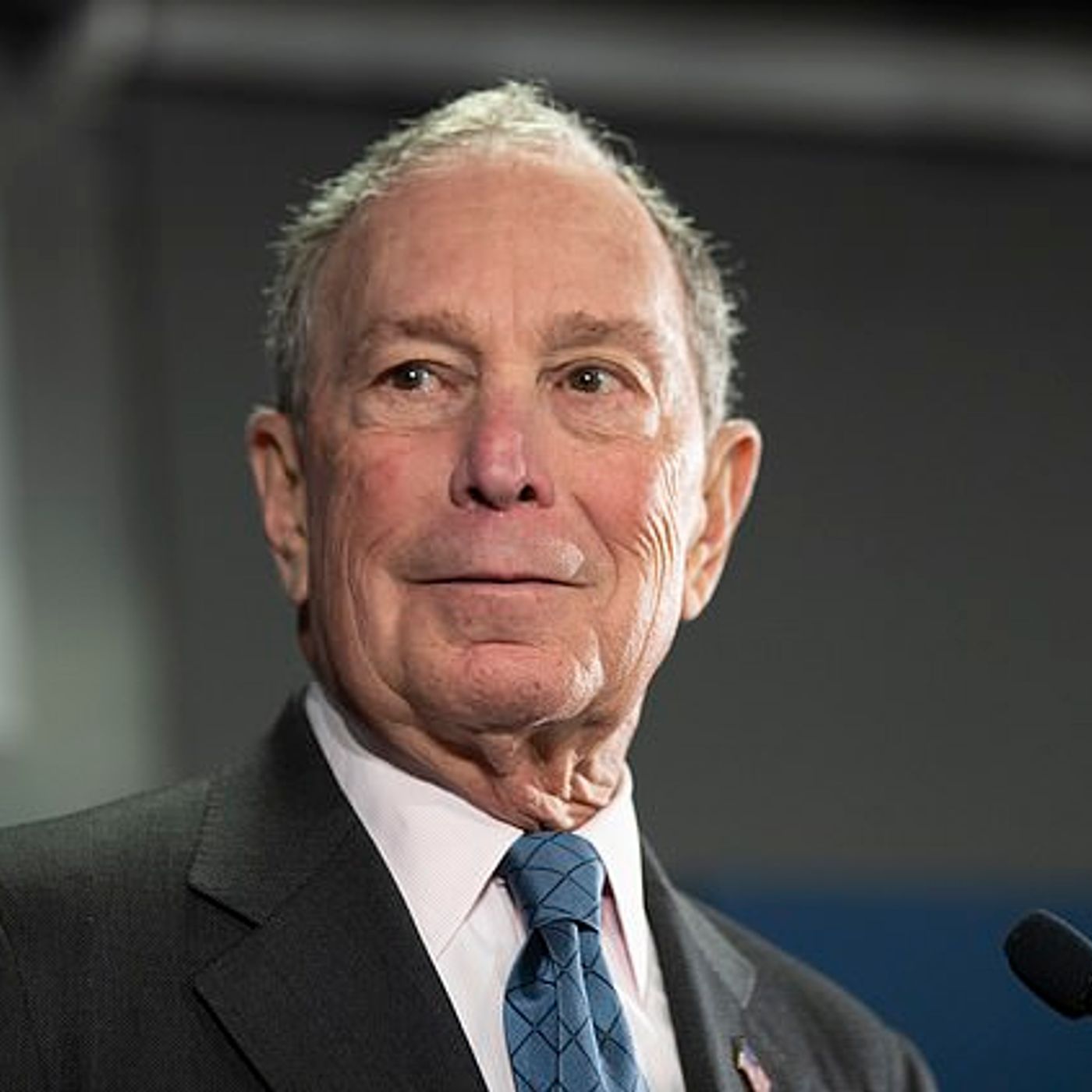 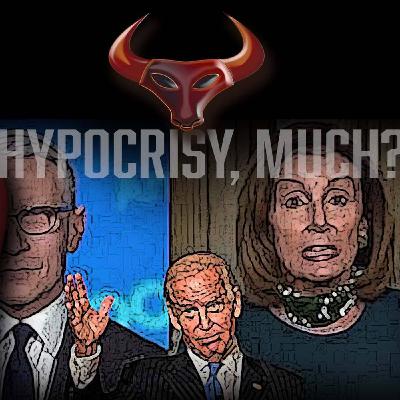 Hypocrisy My Ass | The SitRoom

First segment Scotty gives us an update on his health. PLUS would Scotty have sex with a hermaphrodite. Also, has Scotty ever masturbated in the hospital??Second segment, we break down the democratic hypocrisy when appointing SCOTUS!!Website: http://StreamingTalkRadio.comDONATE: https://paypal.me/RocciStucciMerch: https://www.etsy.com/shop/rsmediashopKickAss Beef Jerky (Code: meatball for 15% off) https://kickassbeefjerky.comRocci's Private FB: https://www.facebook.com/RocciStucciSrRocci Stucci Media FB Page: https://www.facebook.com/RocciStucciMedia
See More
Comments