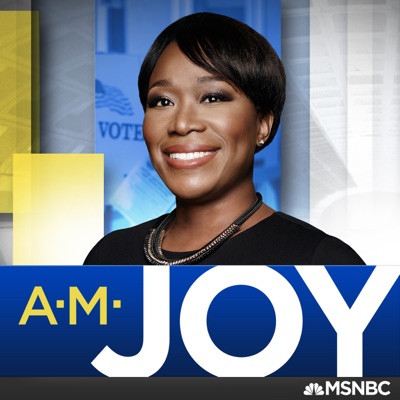 Every weekend on AM Joy, award-winning journalist and author Joy Reid passionately tackles the most important political and news topics of the week, exploring how policy decisions are shaping the country, while also bringing viewers in-depth interviews with leading newsmakers. 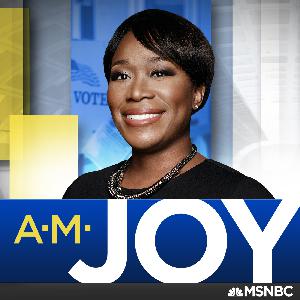 THIS EPISODE: Ruth Bader Ginsburg’s death and the Senate GOP wanting to fill her Supreme Court seat with a Donald Trump nominee--despite a precedent set against this during President Obama’s final term by Republicans--are discussed by Sen. Amy Klobuchar. She tells Joy Reid that, ‘in her own words, [Ruth Bader Ginsburg’s] fervent wish is that the next president pick her replacement.’ NEXT: Mitch McConnell seeking to fill the late Justice Ginsburg’s seat is discussed by Sen. Mazie Hirono, who stresses that in her view voters coming out to vote is critical to this coming battle. THEN: GOP leaders would be 'double-dealing hypocrites' former Democratic U.S. Senator from California Barbara Boxer tells Joy Reid, if they attempt to allow Donald Trump to pick the next Supreme Court justice. AND: The United States has passed the grim milestone of 200,000 COVID-19 deaths. Lincoln Project senior advisor Stuart Stevens, author of ‘It Was All a Lie: How the Republican Party Became Donald Trump,’ tells Joy Reid that in his view, ‘the Republican Party has abandoned its role as a governing party.’ All this and much more in this special edition of AM JOY, during which Joy Reid returns to lead our commemorative coverage of the death of the iconic Supreme Court Justice Ruth Bader Ginsburg at 87.

Rather: 2020 stakes are White supremacy vs. multiracial republic

THIS EPISODE: The 2020 election stakes for America are explained by legendary journalist Dan Rather who tells Jonathan Capehart, “What this presidential election is about is whether this country is going to move more in the direction of White supremacy, or whether it's going to move more in the direction of a multi-racial, constitutional republic based on principles of freedom and democracy.” NEXT: Donald Trump’s foreign policy disruptions, such as pulling out of the Iran nuclear deal, are praised by former Sen. Joe Lieberman, who still criticizes the president for his handling of the coronavirus pandemic. Lieberman also joins Jonathan Capehart to discuss his supporting Joe Biden, and his endorsement of GOP Senator from Maine, Susan Collins. AND: Donald Trump’s reported comment on armed service members -- allegedly calling them losers and suckers, which the president denies -- is discussed by U.S. veterans running for Congress in 2020. PLUS: Donald Trump voters plan to vote overwhelmingly in person, experts say, while Joe Biden supporters will mostly vote by mail in ballot. Journalist Lynne Hayes-Freeland joins Jonathan Capehart on how this could result in the false appearance of a decisive election night result. FINALLY: Joe Biden gets help for his Wisconsin fight from the director of ‘The Princess Bride,’ Rob Reiner, and a star of this beloved movie, Cary Elwes. All this and more in this Sunday edition of AM JOY on MSNBC.
See More
Comments (86)

Neither Friday's Reidout nor Sunday's AM Joy have been posted.

would trump know MrPutin served in the army!!?!

I didn't know that David Duke owns or leases an Apartment in Russia. According to Malcolm Nance.

We as a people of color, and my color is not important, can and has died from this pandemic. I find it very hard to assimilate, that we will be ok. Other countries have been able to isolate and control this virus...we are suppose to be the smartest, strongest, powerful nation in the world! As Marvin Gaye would say, "What's goin' on?", right now?

Please do not forget, Mitch McConnell is either full owner or partial owner of a Russian backed (sanctioned) Aluminum factory based on domestic soil in Louisville Kentucky. Reeping financial benefits while still in office as a sitting senator, as a result of the Trump administration.

In 1962 when Kennedy was in an aggressive defense mode against Khrushchev, we were taught that Communism was a bad thing, unamerican, disloyal, UNPATRIOTIC!! (Bay of Pigs). McCarthyism, united states congressmen aggressively prosecuting American actors of all colors for being Socialist-Communist, and seeking conviction and incarceration, (1960's-1970's, maybe). 2016...Somebody please tell me what happened? An American president has created an allied relationship with Communist countries? Kim-Jung-Un, and Vladimir Putin. North Korea/Russia? No one says anything, including Republican Senate! Now, 2020, Putin puts out contracts/hits (killings of American soldiers/special forces), and the American president says nothing about this issue. He's a Ghost on the subject matter. Somebody please tell me what america are we living in?

Trump and Devos are actually on the same page. The president and secretary of education are asking "The American people and children " to return to work and school. Now, let's take a look at this issue and dissect it. The people whom have to go back to work during the spiking of the coronavirus (130,000 dead Americans) with no federal help from Congress or the Whitehouse are Black and Brown Men, Women, and Children. Due to systemic racism through out our society, Black and Brown, poor whites, Asians and Indigenous Indians are front line workers; these are workers who have to physically show up for work without protections from their employers. July 5th 2020 New York Times pool shows for every 10000 Americans infected, 23% are white, 38% all; 62% are Black; 73%Latino. People of color are infected and dying at a higher rate than whites! DeVos and Trump DO CARE ABOUT AMERICANS; only the white ones.

no one is talking about how the students can spread the virus to the parents. the outcome might increase orphans or one parent families.

Here's yet another reason to vote Trump out of the office of the President of these here United States. He's not as dumb as he looks, he chooses not to do anything at the federal level to treat, trace, and isolate including vaccines for the American people. According to New York Times, today, Coronavirus per 10,000 people are infected in these categories: 23% Whites; 38% All; 62% Black Folk; 73% Latino...He doesn't care about ALL Americans only white ones. Black, Brown, Red and Yellow Americans are dying at a higher rate than whites. THIS IS WHAT HE WANTS! WE MUST VOTE IN NOVEMBER AND GET HIS RACIST ASS OUT OF WASHINGTON!

Florida, Texas, Arizona, California, and twelve other states spiking upwardly in cases of COVID-19, to the point of emergency rooms almost to full capacity. The President of the United States of America says that the COVID-19 virus is 99% harmless. Those whom choose to follow this president have not realized YOU have crippled the Airline, and Shipping Industries domestically. Europe has refused to allow Americans to travel abroad to their countries. How did this happen, well let me tell you , your selfishness!, not wanting to shelter-in-place, not wanting to wear a simple mask, not wanting to stay 6 feet apart from each other. You blew it Father's Day weekend and the 4th of July weekend by ignoring our doctors and scientists orders/suggestions. Now, we have to deal with your incompetence, and start all over! just like dealing with spoiled rotten sophomoric children!

"how do we lead on a global stage" sorry America but that time is over..it was over when Trump became president..with what you ganna lead or comment other countries!?!?..on racism,on how to fight corona,over police reform,about corruption,how to deal with Russia, about economy....about voting suppressing/fraud...the idea that the USA can lead with all this is going on is laughable if it wasn't so tragic..we pray for the good people of the USA...BE SAFE

AMERICANS GIVE BACK THE LAND YOU HAVE STOLEN.!!!.AND THAT LAND BELONGS TO NATIVE AMERICANS!?.I THOUGHT IN THE USA YOU CAN PROTECT YOUR LAND LIFE AND BELONGINGS WITH A GUN..THE AMERICAN PEOPLE HAVE STOLEN SO VERY MUCH FROM THE NATIVE'S,JUST THINK OF ALL THE GOLD THAT IS MINED..IT'S A DISGRACE AND THE USA CAN NEVER,i SAY AGAIN, NEVER EVER SAY SOMETHING TO OTHER COUNTRIES ABOUT ..HUMAN RIGHTS AND HOW TO TREAT PEOPLE...

This is nothing new! Growing up in this country I was taught by the three news channels ABC, CBS, NBC, and in class Elementary school that Communism was and is a bad thing. As kids we saw and experienced McCarthyism, the black balling of Black and some White actors and Musicians. Kennedy and Cruchev and Bay of Pigs. How has all that changed? Trump in bed with Putin (Russia/Communism), Kim-Jung-Un ( North Korea/Communism), Saudi Arabia...What happened? Trump called the FBI liars and supported Putin. He has been charged with High Crimes and Misdemeanors through the Impeachment process, however, he was aquitted by a Criminal Republican Senate. Solution: Vote his wide load out of office.

beginning to hate all those white people with there b.s...maybe those who burn the shops are black people who are afraid who are angry who don't see any solution and have a target on their backs from the law who suppose to protect them...if you understand really understand let the people demonstrating and when someone breaks something take their ass to jail do something about it..same bs as usual..don't live in the usa but if I was......

These armed protests are dress rehearsal for what the alt right will do WHEN Trump looses the election. watch that space.

smh hard to believe Michael Bloomberg was willing to spend more than $100 millions to get elected ... how is he helping in NYC? what about all the other Billionaires?

Joy why no one is speaking about psychiatric in Hospital units? Are the units closed or are they experiencing the same fate as the jails?