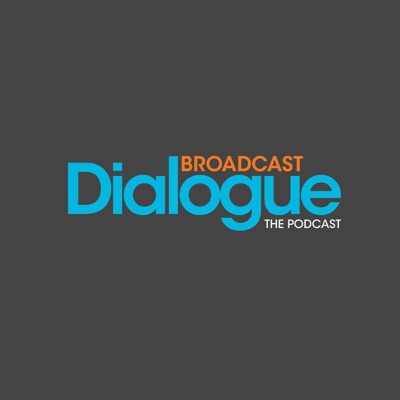 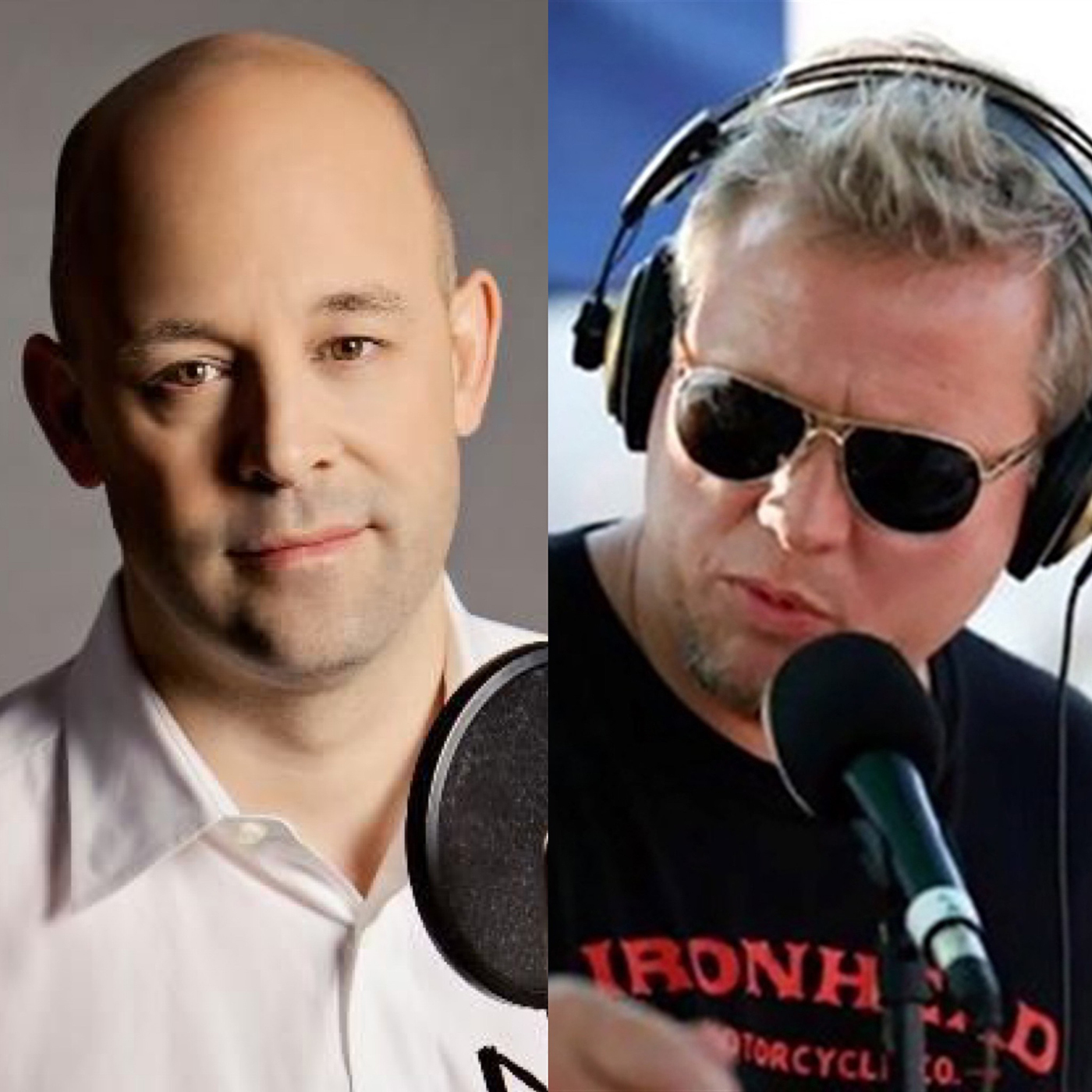 Dean Blundell and Matt Cundill are merging. The two veteran broadcasters' respective podcasting ventures, DeanBlundell.com and the Sound Off Podcast Network, are sharing resources moving forward on analytics, marketing and monetization, to help independent content creators and collaborators like Darrin Pfeiffer of Goldfinger, MuchMusic icon Erica Ehm, and former Edmonton news anchor Carrie Doll, grow their audiences.Blundell and Cundill join us on this episode of Broadcast Dialogue - The Podcast to talk about helping first-time podcasters and other former broadcasters transition their talents into the digital media space, and what they see as the path forward to new revenue streams for creators. 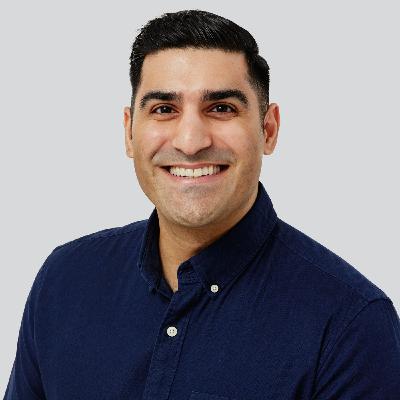 Overstory Media Group (OMG) launched this week, a new independent digital news publisher that has its eye on expanding its network of community-based e-newsletters nationally. Behind Victoria-based OMG is Farhan Mohamed, former Editor-in-Chief and co-owner of the Daily Hive, and tech entrepreneur Andrew Wilkinson who founded Victoria's Capital Daily in 2019 - a daily newsletter, podcast and longform journalism site - that joins 10 brands under the OMG umbrella.Farhan Mohamed joins us to talk about OMG's investment model and vision for the future of community journalism, and shares his own personal lessons learned from a decade in digital media. 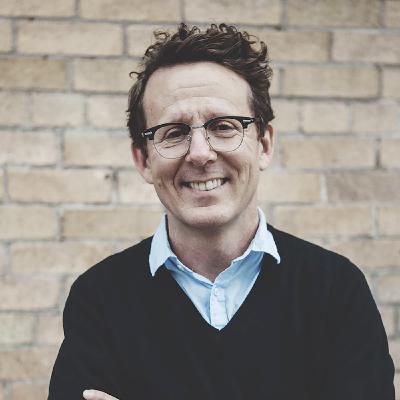 It's like Andrew Cash's whole life has led up to his new role as the president of the Canadian Independent Music Association (CIMA). With roots in the Toronto punk scene before going on to a successful solo career and eventually getting elected as the Member of Parliament for Toronto Davenport, Cash has long been an advocate not just for independent musicians, but anyone trying to make a living in the arts.On this episode of Broadcast Dialogue - The Podcast, we welcome Cash to talk about taking the helm of CIMA as the Canadian music scene faces an uncertain future, the organization's push for a more flexible CanCon definition, and his take on controversial amendments to Bill C-10. 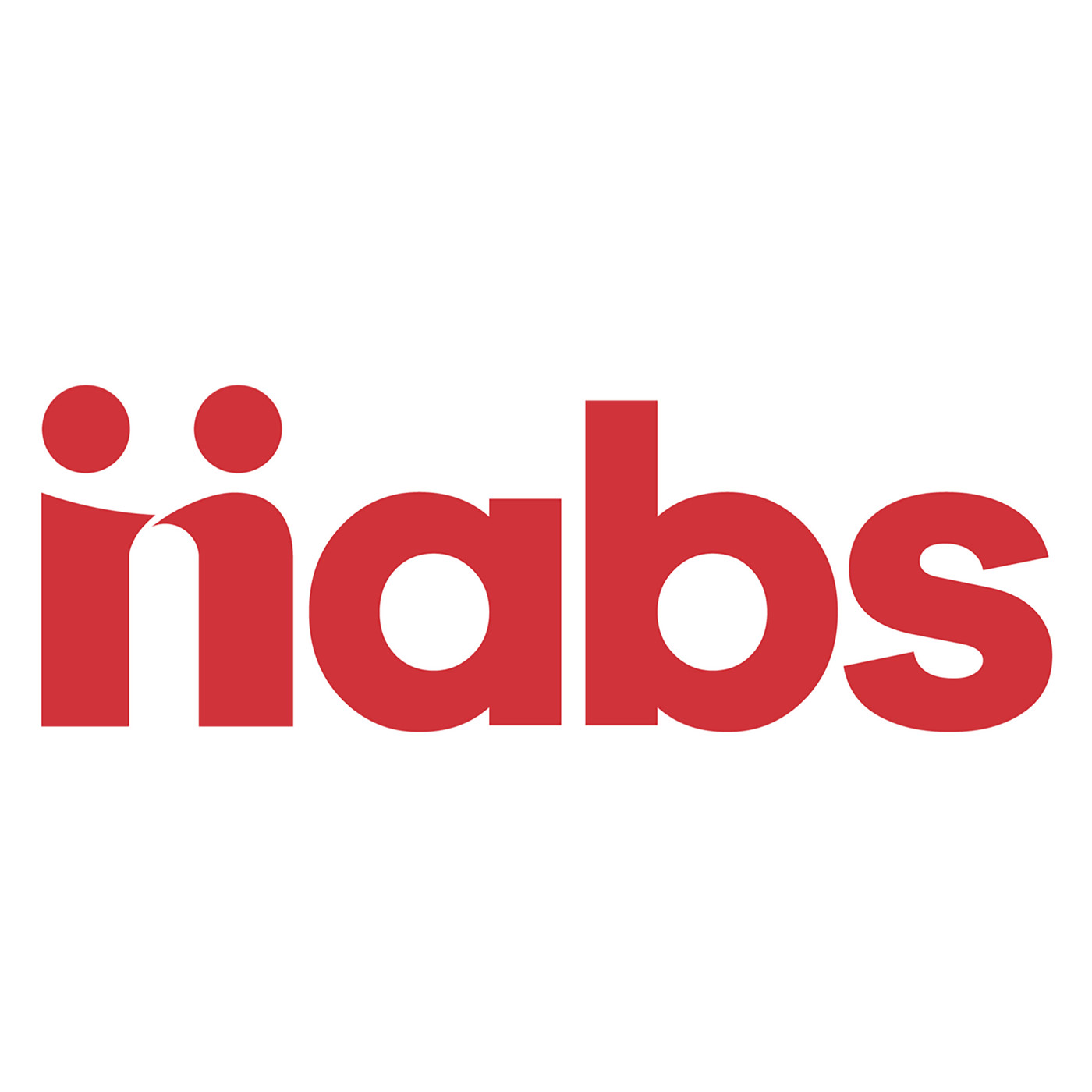 NABS' Louise Berube on helping the industry navigate the other pandemic: mental health

Those working in broadcasting, advertising and marketing already have high levels of stress, so for many - COVID-19 restrictions, thousands of subsequent job losses, and juggling work from home with child care compounded existing day-to-day challenges.As Louise Berube puts it - there are two pandemics underway - one is COVID-19, the other is mental health.Berube works with NABS - one of the best kept secrets in the industry - that offers free, confidential support to media, marketing and communications professionals. She joins us on this episode of Broadcast Dialogue - The Podcast to talk about how the pandemic has increased demand for their services, helping the industry navigate, and their Mental Health May initiatives. 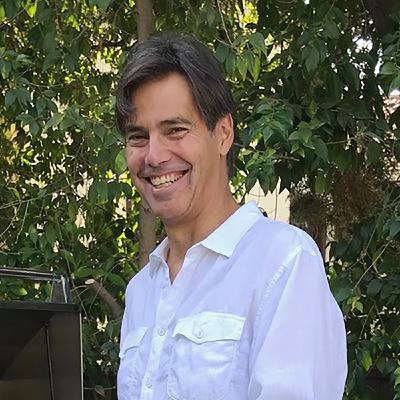 Los Angeles-based voiceover artist Jeff Rechner had a career in Canadian radio before moving stateside and carving out a niche for himself voicing everything from commercials and cartoons to acting as the show announcer for upcoming NBC game show "Small Fortune."He's our guest on Broadcast Dialogue - The Podcast talking about the evolution of his voiceover career, why your own marketing is vital, and more. 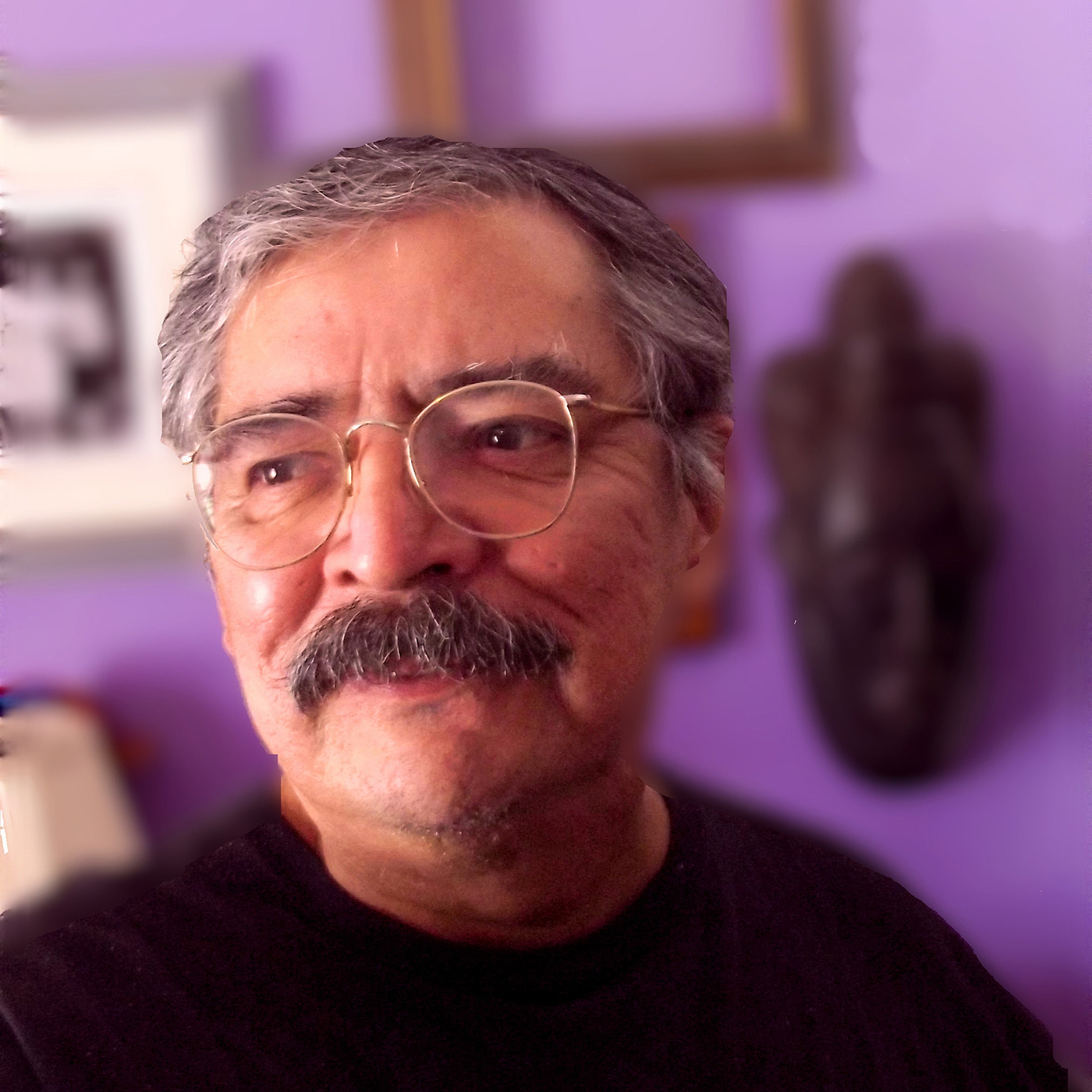 The Canadian Journalism Foundation (CJF) annually recognizes an individual who has made an outstanding lifetime contribution to journalism in Canada.This year's honouree is Dan David. Hailing from Kanehsatà:ke, among other achievements, David was the founding news director of APTN, has worked across the country with CBC Radio and Television, and has trained journalists abroad in Indonesia, Azerbaijan, and post-apartheid South Africa.On this episode of Broadcast Dialogue - The Podcast, we welcome Dan David to talk about his journalism journey, why the Oka crisis was a personal turning point, and inspiring the next generation of Indigenous journalists. 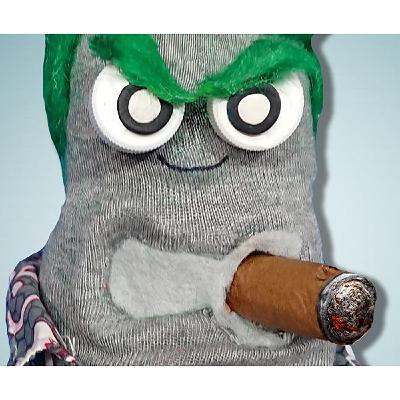 NewMusicNation is the brainchild of Steven Kerzner and his alter ego, MuchMusic and cable tv icon Ed the Sock.Kerzner has embarked on a crowdfunding campaign to launch an online music channel that would capture the spirit of MuchMusic in its heyday, with a focus on new Canadian talent. On this episode of Broadcast Dialogue - The Podcast, both Kerzner and Ed the Sock join us to talk about the NewMusicNation concept and why it's time to restore the MuchMusic legacy for a new generation. 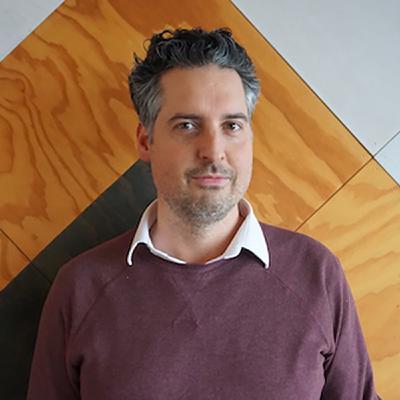 On this episode of Broadcast Dialogue - The Podcast, we talk to Daniel Cruz, co-founder and CFO of Vancouver-based Liquid Media Group about the convergence of all things digital entertainment and why he believes all facets of the industry need to embrace technology to avoid the Blockbuster Video effect. 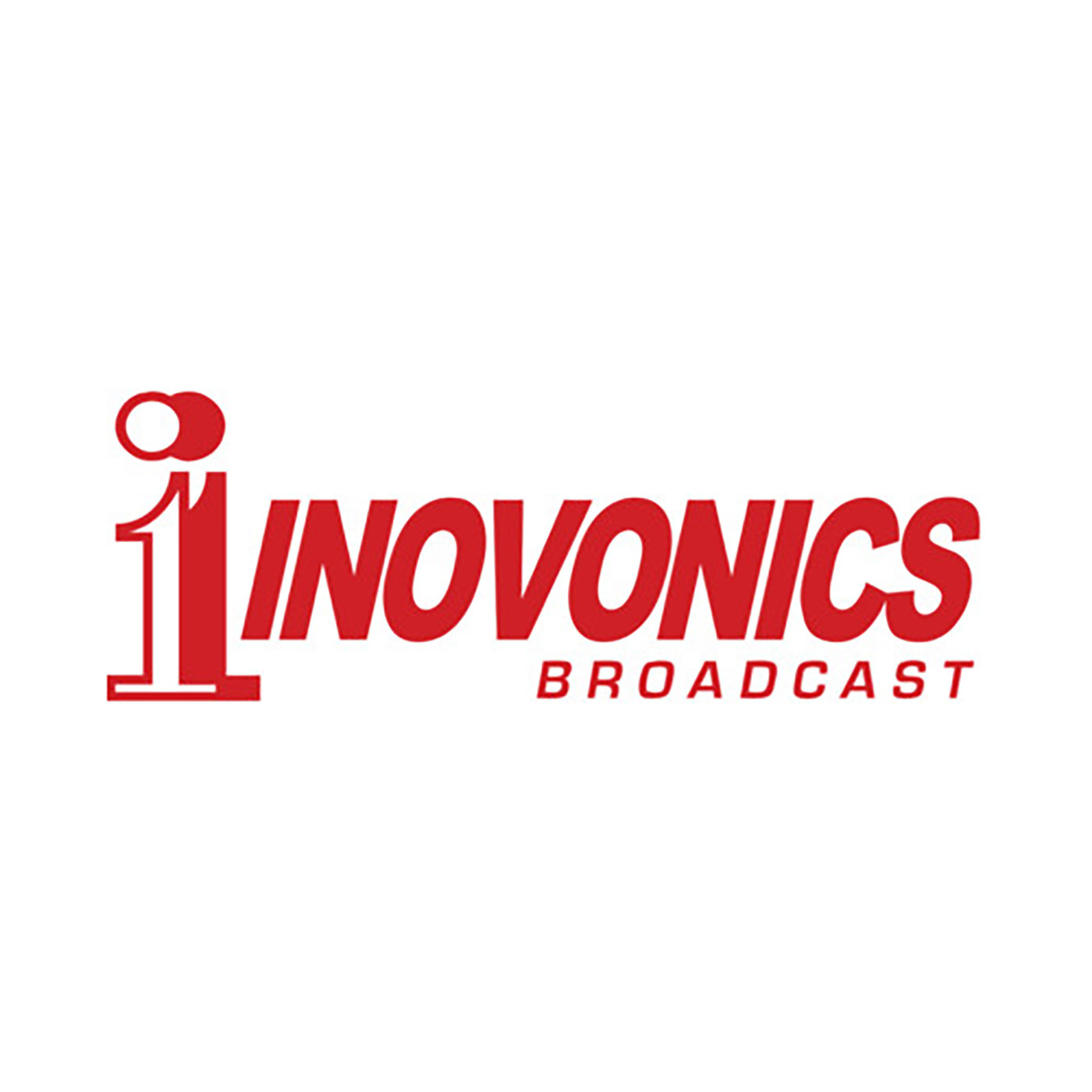 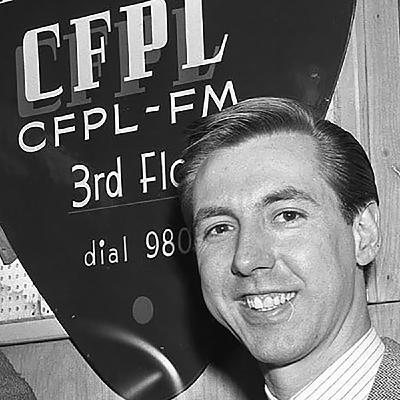 Dick & DJ Williams on the legacy and future of AM radio

One of the first DJs in North America to spin The Beatles, Dick Williams - who is now 81 - returned to the airwaves of London's 980 CFPL last month with a new show that harkens back to the heyday of AM radio. Dick Williams' Solid Gold Rock and Roll is airing Saturdays and Sundays on the Global News Radio station - a weekend break from format - that's debuted 60 years after he first joined the station. On this episode of Broadcast Dialogue - The Podcast -- we talk to Williams and his son DJ - who is now part of the Corus London sales team -- about the future of AM radio, its legacy and more. 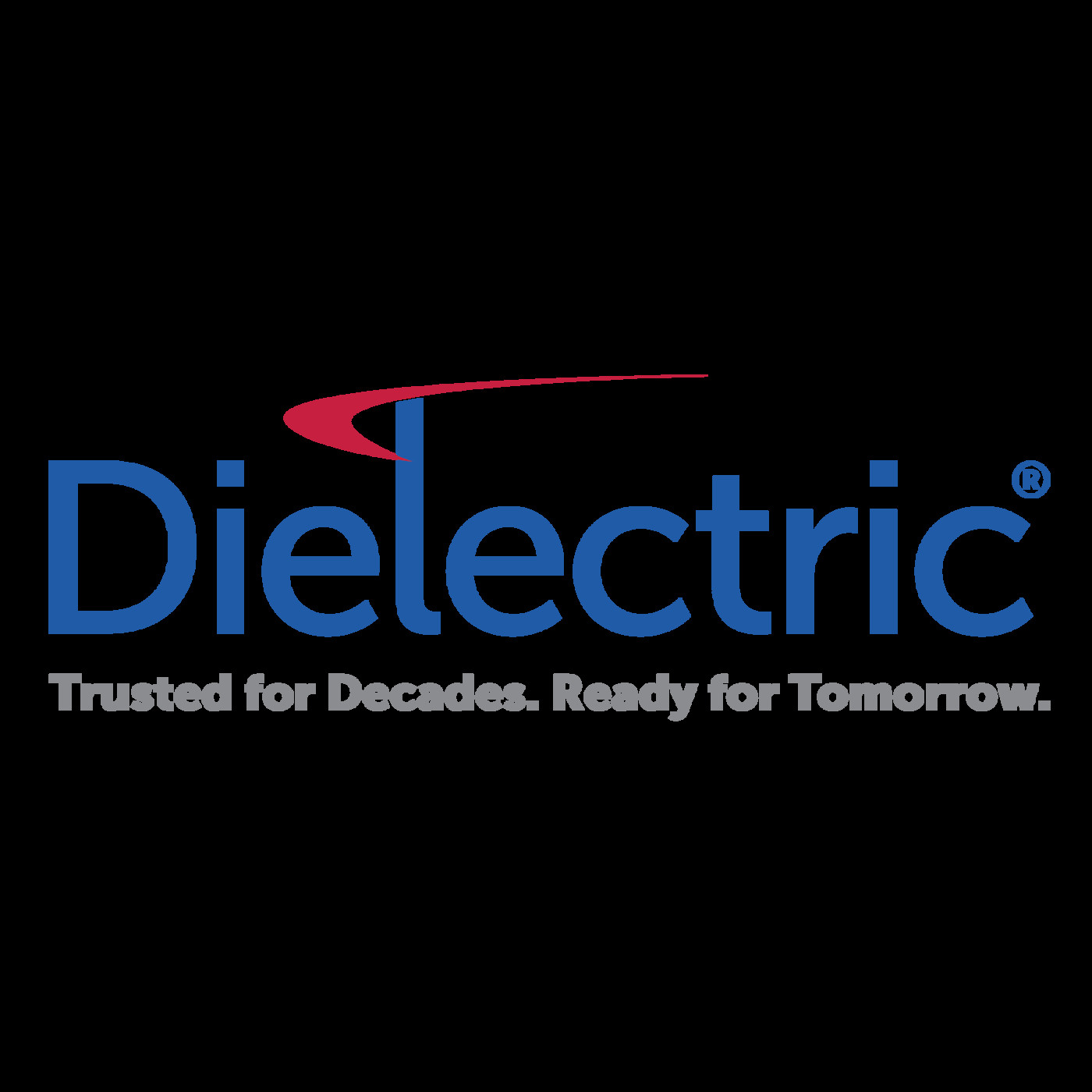 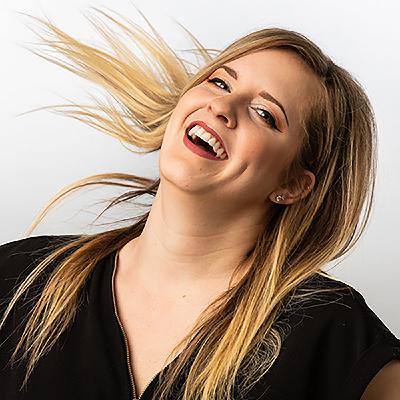 Lauren Hunter of Edmonton's SONiC 102.9 is the winner of this year's Allan Waters Young Broadcaster of the Year Award, an honour annually presented during Canadian Music Week in memory of radio programmer Steve Young.On this episode of Broadcast Dialogue - The Podcast, we talk to the Young Broadcaster of the Year about finding creative inspiration, aspiring to be the Jimmy Kimmel of Edmonton jokes, and her advice for other young broadcasters looking for their break. 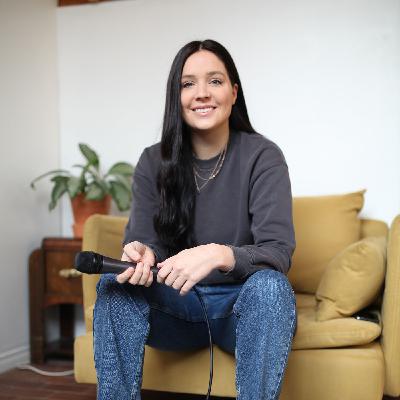 One of the phenomenons of the pandemic has been the rise of TikTok. The short form video app is now being used by 15% of Canadian social networkers according to the latest Media Technology Monitor (MTM) data.Shannon Burns, evening host at Toronto's CHUM 104.5 and iHeartRadio Nights on Virgin Radio stations across the country is one of the creators who has experienced a meteoric rise on the app.By the time most of you listen to this podcast, she will have closed in on 400,000 TikTok followers.On this episode of Broadcast Dialogue - The Podcast, we talk to Burns about her radio journey, becoming a TikTok creator, and embracing multimedia. 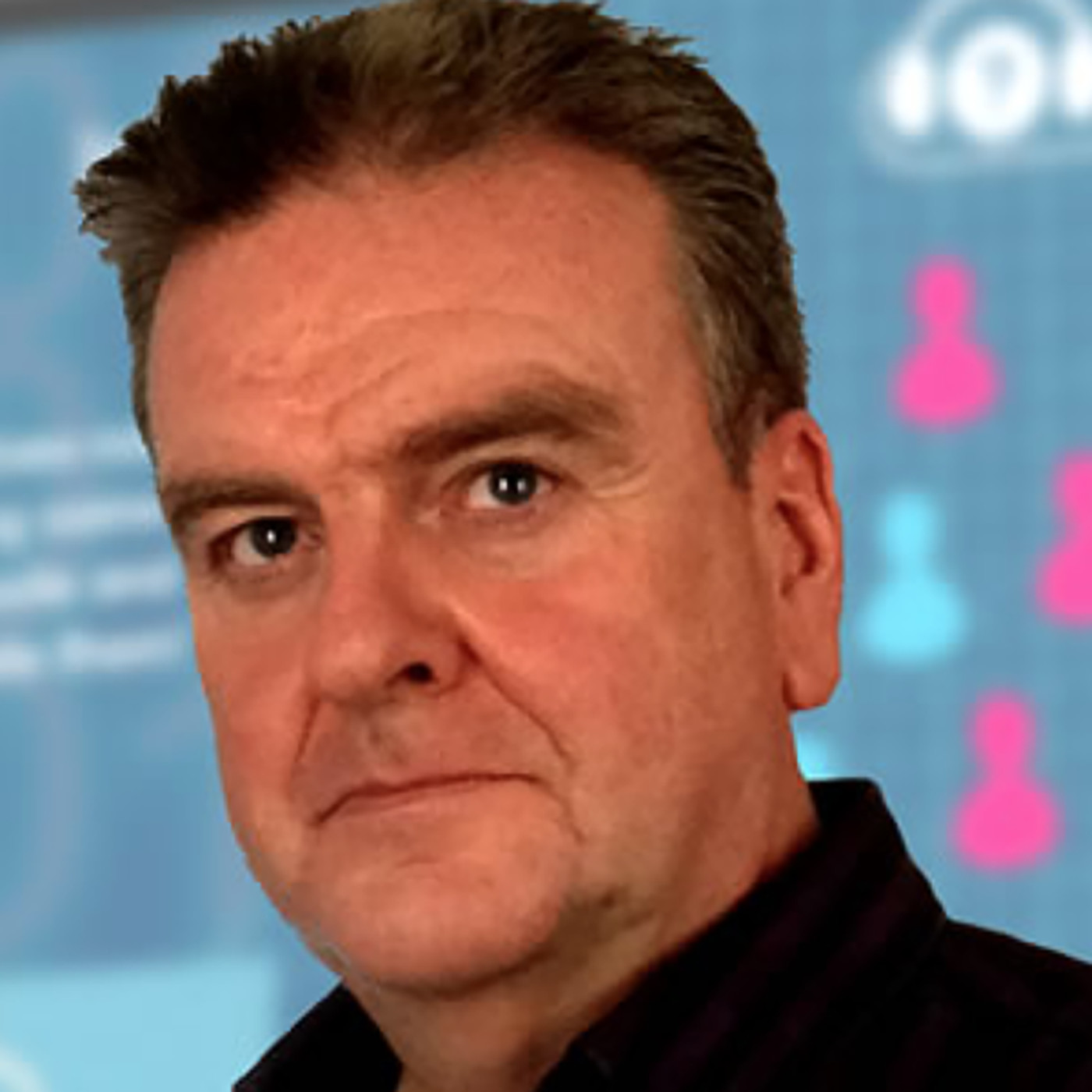 On this sponsored episode of Broadcast Dialogue - The Podcast, Stephen Ryan joins us to talk about Momentum Music Research, a new player in the online audience music research space. Ryan, a UK radio veteran, is the creator of the cloud-based platform that allows users to see the results of their music research in real time, using an algorithm that eliminates outlier bias to help identify winning songs and rotations. Ryan talks about striking the right playlist balance in the increasingly competitive audio space and the pandemic impact on music testing. 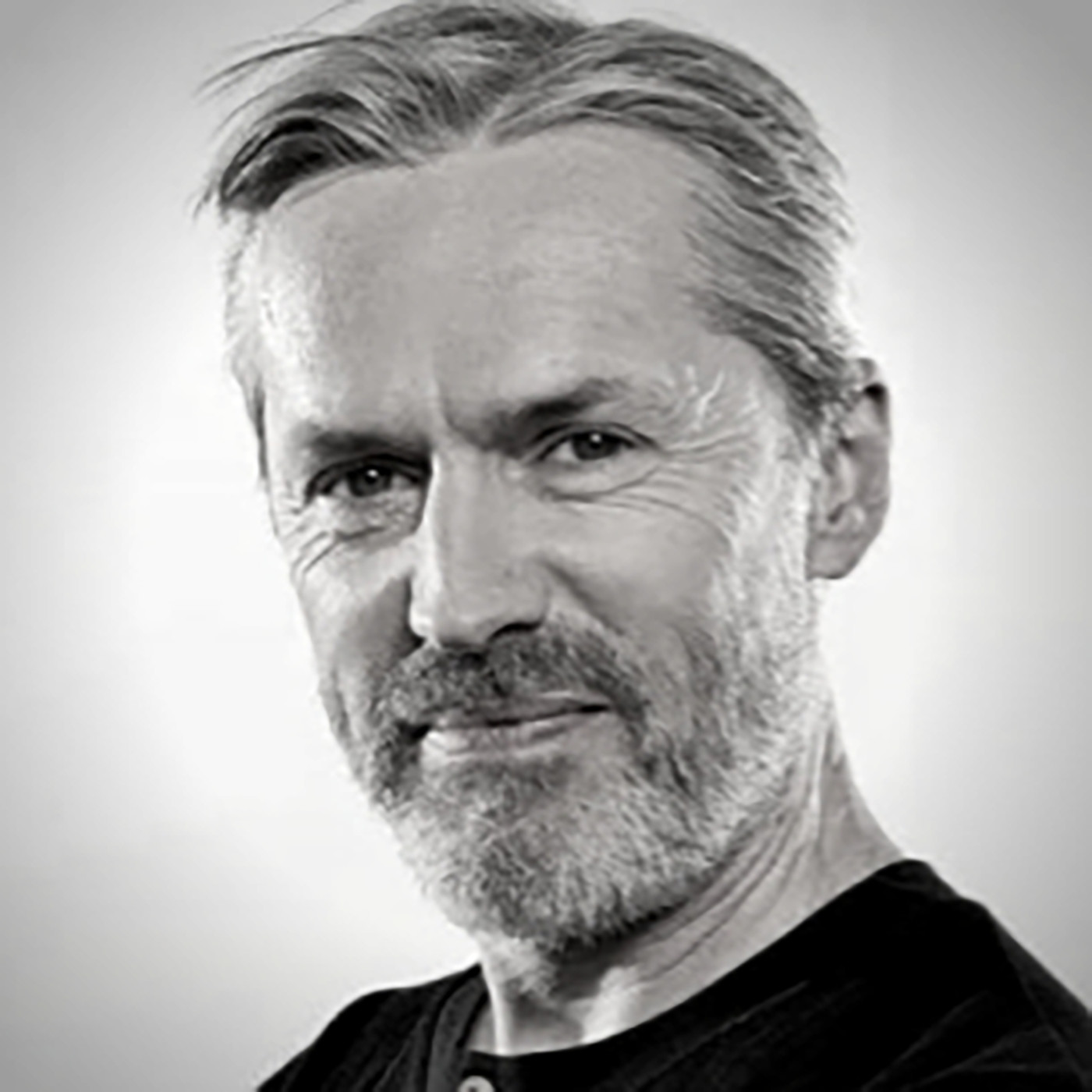 Nails Mahoney on finding the next Radio Star

On this episode of Broadcast Dialogue - The Podcast, we chat with Nails Mahoney. A veteran of radio on both sides of the pond, including stations in Vancouver and Toronto, Mahoney now runs talent coaching business OnAir Coach with partner Tracey Lee.OnAir Coach is behind the Radio Star international talent competition, which now in its fourth year, is helping propel young radio talent into their dream jobs.If you're looking for performance advice or among those who find themselves looking for work in the current radio landscape, this podcast is for you. 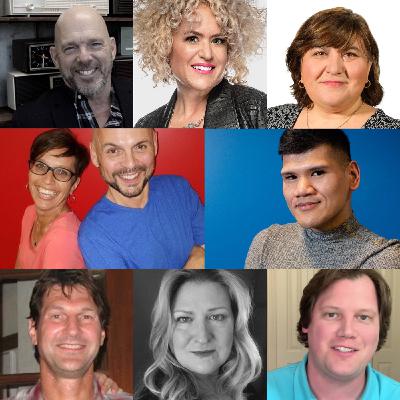 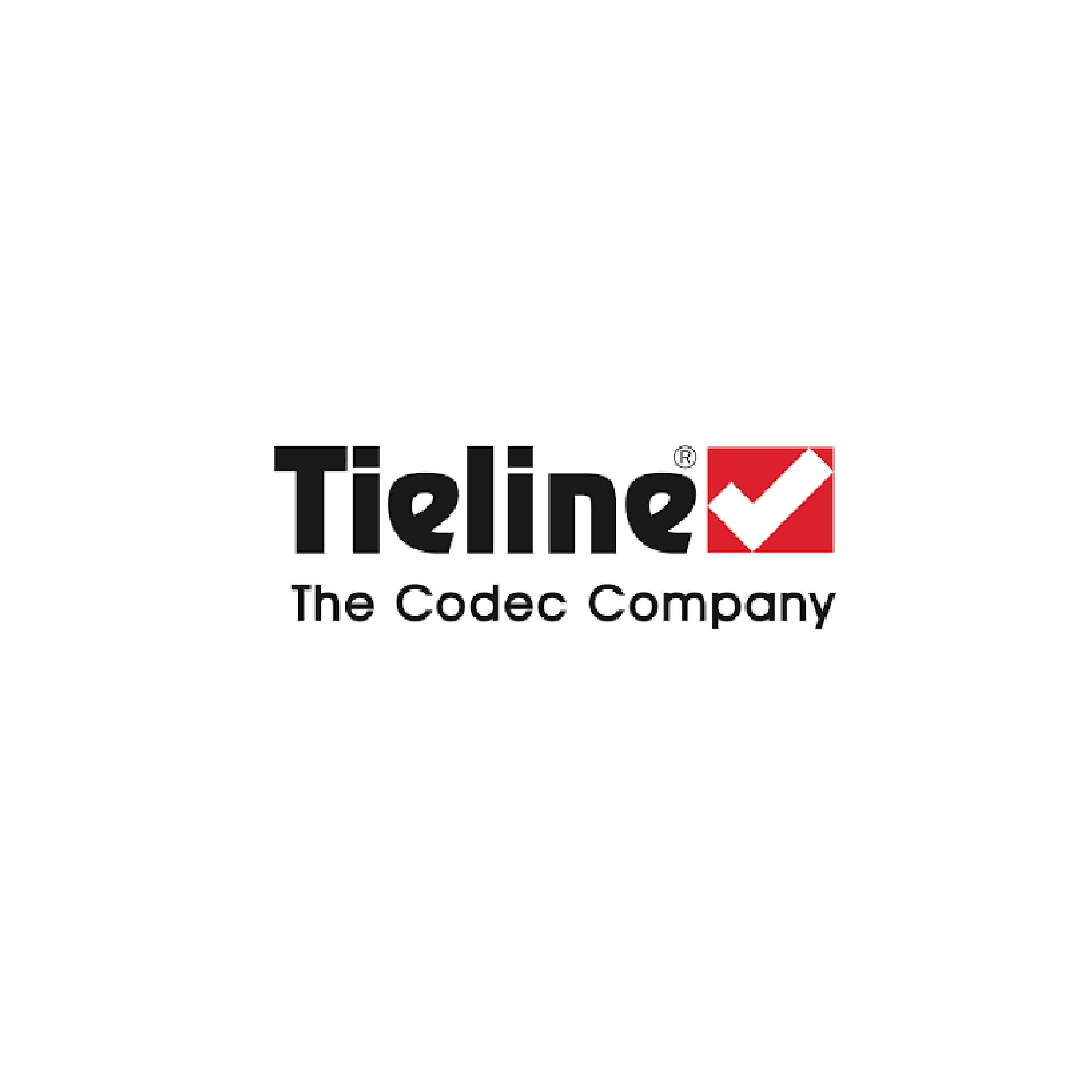 Charlie Gawley, Tieline VP of Sales, joins David Rusch of Audio Broadcast Canada on this sponsored edition of Broadcast Dialogue - The Podcast. The Tieline Gateway is a powerful DSP-based 1RU IP codec enabling transport of multiple mono or stereo audio channels across the public internet and any QoS-enabled IP network, including T1 and T3 connections and private WANs with MPLS. The Gateway streams up to 16 IP audio channels with support for AES67, ST 2110-30, AES3 and analog I/O as standard. 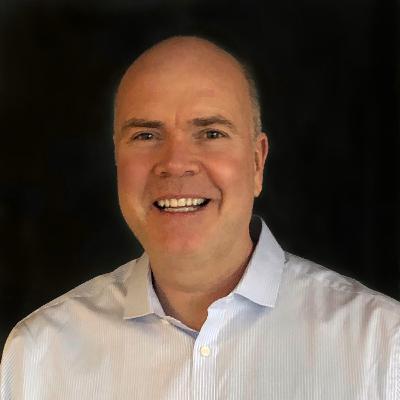 One of the Canadian-headquartered companies on the leading edge of the virtual experience trend, accelerated by the pandemic, is NexTech AR Solutions, which is using augmented reality and holopresence technology to change the way we consume entertainment, attend events, and interact with consumer advertising.On this episode of Broadcast Dialogue - The Podcast, we're joined by NexTech AR President Paul Duffy, who talks about why AR is destined to become the next mass media, the tech behind turning hip hop star Offset into a hologram, its potential application for the broadcast industry, and more. 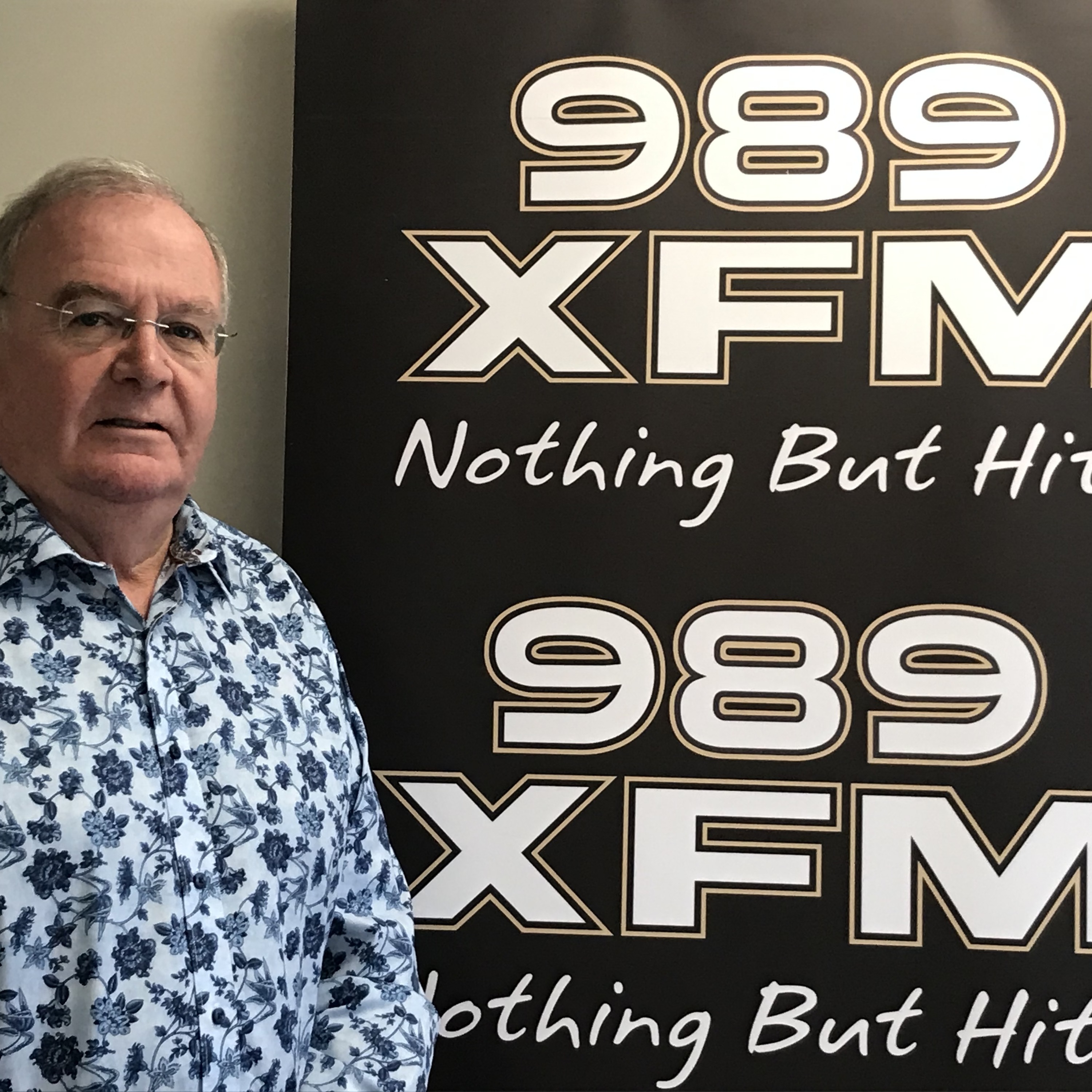 Broadcast Dialogue recently announced the winners of our inaugural Canadian Radio Awards, with our jury selecting Antigonish, Nova Scotia's 98.9XFM (CJFX-FM) as our first-ever Small Market Station of the Year.989XFM is one of the last independently-owned stations in the Maritimes, governed by a Board of Directors and with second and third generation shareholders. Despite the challenges of the past year, it's been able to retain its 11 staff without making cuts to programming.On this episode of Broadcast Dialogue - The Podcast, we welcome 98.9 XFM General Manager Ken Farrell. 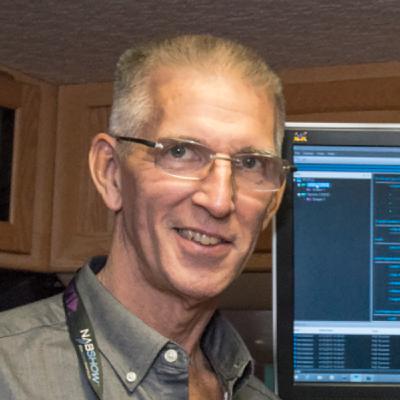 Jim Pattison Broadcast Group (JPBG) has upgraded radio streaming at its stations throughout Canada using the services of Modulation Index.On this sponsored episode of Broadcast Dialogue - The Podcast, Modulation Index President Greg Ogonowski takes David Rusch of Audio Broadcast Canada through the process of upgrading HLS encoders and talks about why the demand for quality streaming should be at an all-time high.
See More
Comments