DiscoverCOMIC-CON BEGINS: Origin Stories of the San Diego Comic-Con and the Rise of Modern Fandom 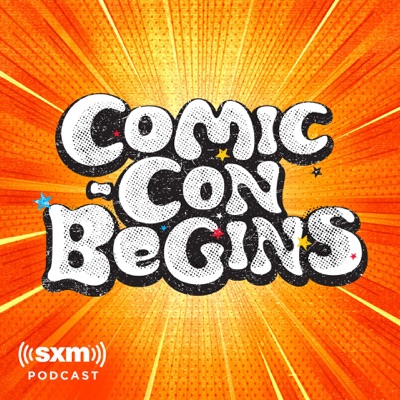 COMIC-CON BEGINS: Origin Stories of the San Diego Comic-Con and the Rise of Modern Fandom

In the Summer of 1970, a ragtag group of teenage hippies, proto-punks, artists, and science buffs assembled in a small, obscure town called San Diego to celebrate their pop culture heroes … and each other. They couldn’t possibly have known that the San Diego Comic-Con would over the decades grow into the largest pop culture gathering worldwide.

Join original scream queen and cosplay pioneer Brinke Stevens as she, nearly 50 of her childhood cohorts, and a cadre of uber-geeky celebrity guests reveal their most fascinating, funny, and fannish memories of how they brought the Comic-Con together in the “early days” … as well as the profound impact the fandom community it helped spawn has had on our shared culture at large.
—
Celebrity guests include: Kevin Smith, Neil Gaiman, Frank Miller, Felicia Day, Bruce Campbell, The Russo Bros., Scott Aukerman, Trina Robbins, Stan Sakai, Tim Seeley, Maggie Thompson, Sergio Aragones, Kevin Eastman, Ho Che Anderson, and many more!
8 Episodes
Reverse

An enticing sampler of what's to come in COMIC-CON BEGINS.

Days of Comics Past

The Con is On