Linda Carman and her son, Nathan, set out on a night fishing trip. They don't return. A week later, Nathan Carman is found in an inflatable life raft, but his mother is nowhere to be found. Now, police say Carman killed his mother and sank the boat intentionally for a $7,000,000 inheritance. Carman is accused of enlarging holes in the boat, "Chicken Pox," to ensure it sank. The boat's insurer National Liability and Fire Insurance Co., asked a court to deny any insurance claim on the boat following an investigation that revealed Nathan compromised it before the accident.  The insurer's report states that in "removing his boat’s trim tabs hours before departing on its final voyage, Carman not only failed to properly seal four thruhull holes he thereby opened at the transom’s waterline, but two recent depositions establish Carman enlarged those four holes.”   This is not the first time Carmen has been eyed for a murder of a family member: He was reportedly named a person of interest in the 2014 shooting death of his wealthy grandfather, John Chakalos. Warrants say that Carman was the last person to see his grandfather alive before the 87-year-old man was found shot to death in his Windsor, Connecticut, home. Nathan reportedly purchased a gun that was the same caliber as the weapon that killed his grandfather, a multimillionaire developer, and declined to let police know this during questioning. He also declined to take a polygraph test. Joining Nancy Grace Today: Andrew Norris - Maritime Attorney and Consultant, Tradewind Maritime Services Inc. (Old Mystic, CT), TradewindMaritimeServices.com Former Captain, U.S. Coast Guard, 22 years U.S. Coast Guard Attorney, Qualified Marine Casualty Investigator, Maritime Security and Governance Professor, U.S. Naval War College  Dr. Kathleen M. Heide, Ph.D. - Psychotherapist, Distinguished University Professor, University of South Florida, Department of Criminology, Author: "Understanding Parricide: When Sons and Daughters Kill Parents" and "Why Kids Kill Parents"   Robert Crispin - Private Investigator, “Crispin Special Investigations” CrispinInvestigations.com Dr. Kendall Crowns – Chief Medical Examiner Tarrant County (Ft Worth), Lecturer: University of Texas and Texas A&M, Affiliated Faculty: University of Texas Medical Branch Bob Audette - Reporter, Brattleboro Reformer (Brattleboro, VT), reformer.com, Twitter: @Bobbleboro   See omnystudio.com/listener for privacy information. 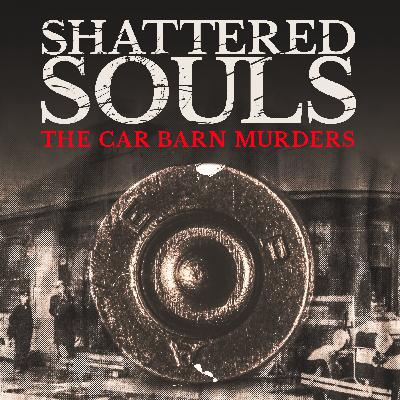 A look at a brand new true crime podcast series from former detective Karen Smith. In this podcast, Karen begins reconstructing the moments of the murders of James Mitchell and her great uncle, Emory Smith, which leads to difficult questions. Was it really an inside job like everyone thought?  Subscribe to the Shattered Souls podcast now to hear all new episodes! Episodes 1-8 available NOW! New episodes every Tuesday. Apple Podcast iHeart Spotify   See omnystudio.com/listener for privacy information.

Mom arrested for murdering two infants.  Woman throwns urine on owner of a chicken that kept pooping on her porch.  See omnystudio.com/listener for privacy information.

Jailhouse Lovers Hole up in Hotel With Take Out, Sex Toys

Daycare workers give children melatonin.  Guy tries to pass himself off as a character from the film "Fight Club." See omnystudio.com/listener for privacy information.

What REALLY Happened in Aruba! CrimeCon 2022

Trial date set for man who killed his brother and pregnant sister-in-law. Circumcision argument leads to an arrest.  See omnystudio.com/listener for privacy information.

ON THE RUN: Blonde Warden "Missing" With Killer, New Details

Leslie Ben-Iesau has been missing since April 15. The Sacramento woman tells her family she is going on a date with someone that she met on the dating app, OkCupid. There has been no activity on the woman’s phone since 8:45 a.m. that morning and her family says it's not like the woman to miss contact with her family on her birthday, which just passed. On Friday, surveillance camera images appear to show Ben-Iesau near the Orchid Thai Restaurant & Bar in Sacramento. She then can be seen walking toward the University of Beer bar on 16th Street. The person Leslie was reportedly meeting went by the name Bea. Leslie was reportedly last seen in the Freemont Park area wearing ripped jeans, a t-shirt, and a brown leather backpack.   Joining Nancy Grace Today: Matthew Mangino - Attorney, Former District Attorney (Lawrence County), Former Parole Board Member, Author: "The Executioner's Toll: The Crimes, Arrests, Trials, Appeals, Last Meals, Final Words and Executions of 46 Persons in the United States"   Dr. Bethany Marshall - Psychoanalyst, www.drbethanymarshall.com, New Netflix show: 'Bling Empire'  Derek Ellington - Certified Forensic Examiner, Licensed Private Investigator, Ellington Digital Forensics www.ellington.net  Rowena Shaddox - Reporter, FOX 40 KTLX (Sacramento), Twitter: @RoShaddox  See omnystudio.com/listener for privacy information.

ON THE RUN: Beautiful Blonde Warden "Missing" With Killer

Sherri Papini admits her 2016 kidnapping was a hoax. The 39-year-old mom was reported missing on November 2,  and told investigators when she was found 22 days later that a pair of Hispanic women kidnapped her at gunpoint.  Papini said her kidnappers abused her and then shoved her out of a car. Papini  was emaciated, her hair was cut shorter, and she had cuts and bruises all over her body, but prosecutors said she caused the injuries herself. The case was broken in 2020 when DNA led investigators to Papini’s ex, who told them she had been with him the entire time.  Federal prosecutors charged Papini with 34 counts of mail fraud and one count of making false statements. Papini accepted a plea deal, but didn't explain why she created an elaborate kidnapping hoax, although she apologized for her actions.  Since her arrest, Papini's husband has started divorce proceedings.  Joining Nancy Grace Today: Sheriff Michael Johnson - Shasta County Sheriff's Office Matthew Mangino - Attorney, Former District Attorney (Lawrence County), Former Parole Board Member, Author: "The Executioner's Toll: The Crimes, Arrests, Trials, Appeals, Last Meals, Final Words and Executions of 46 Persons in the United States"   Dr. Angela Arnold - Psychiatrist,  www.angelaarnoldmd.com, Expert in the Treatment of Pregnant/Postpartum Women, Former Assistant Professor of Psychiatry, Obstetrics and Gynecology: Emory University, Former Medical Director of The Psychiatric Ob-Gyn Clinic at Grady Memorial Hospital  Bill Garcia - Private Investigator, "Bill Garcia Investigative Services", Part of Search Team for Sherri Papini  Kristy Mazurek - Emmy Award-winning Investigative Reporter, President: "Successful Strategies"  See omnystudio.com/listener for privacy information.
See More
Comments (369)

In the 911 call he says they've been shot but later in the call it sounds like he says I'm walking up on it now it's bad. If I heard it correctly how did he know they were shot?

Third World state where the Murdaughs control everything including state senator Lady G. SC where blacks and the poor are killed and straved. SC where the law never applies to the wealthy whites. SC the home of the GOPQ cults.

Regardless, it's exquisite information. Investigating from gifted music makers https://www.epayitonline.bid/

You said Lucy has taken to an exotic drink from Starbucks so that's why you know going to Starbucks is not speedy. So if you throw away your money on Starbucks now what are you going to have at 75?

of course the cop doesn't get any jail time, and if the guy who got shot didn't die he probably would of got in trouble and got shot.

This is what comes from Democrat policies and politicians. Liberal judges letting killers run free.

Welcome to Bidens America. Where criminals are set free and treated better than victims.

How many of these killers were illegal immigrants, Nanny Grace? But somehow GUNS are the problem??? You must be loco!

This is tragic. And to invite the daughter of a woman who had her heart cut out and eaten is even more tragic. How she sat through this interview with Nancy repeatedly describing the gruesome details is beyond me, yet seems abusive. Where is the compassion for her and other victims?

I'm calling it. They did something to those kids.

Thank you for highlighting pups! They are invaluable creatures that can be much more than just companions. Thank you also for mentioning Pit Bulls in a positive light! They are THE most misunderstood, maligned, poorly represented animals that are, in fact, incredibly people-loving, loyal, protective cuddlebugs there are. In the late 1800s they were the most popular breed and were left to watch over the little ones when the parents worked the fields. Hey, just ask the Little Rascals what their favourite was. Really good stories and great representation. Good job, all!

I'd bet money those dogs showed earlier signs of aggression.

He's a racist and a criminal. Lock him up and make him pay back every penny that was used investigating his sham of a crime.

I understood Joe Scott just fine. a comb is self explanatory.

I love Nancy Grace! So excited that I found her podcast a couple of years ago.