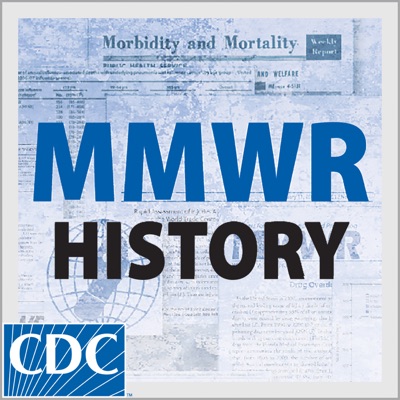 On January 22, 2016, MMWR first published a report on the possible association between Zika virus infection and microcephaly. This was the first of more than 60 MMWR reports on Zika virus. In this podcast, Dr. Sonja Rasmussen chats with Dr. Peggy Honein, co-lead for the Pregnancy and Birth Defects Task Force for CDC's Zika response, about the mosquito-borne flavivirus.

On June 5, 1981, MMWR published a report of Pneumocystis pneumonia in five previously healthy young gay men in Los Angeles, California. This report was later acknowledged as the first published account of what would become known as human immunodeficiency virus, or HIV, and acquired immunodeficiency syndrome, or AIDS. It was the first of many MMWR reports that led to a better understanding of this new condition. In this podcast, Dr. Harold Jaffe recalls CDC's investigation and response to the AIDS Epidemic.

On October 4, 2001, shortly after the September 11 attacks in New York City and Washington, DC, the Palm Beach County Health Department, the Florida State Department of Health, and CDC reported a case of anthrax in a 63-year-old man from Florida. This case was first reported in MMWR and marked the beginning of a series of anthrax cases that resulted from intentional delivery of Bacillus anthracis spores sent through the mail. In this podcast, Dr. Sherif Zaki recalls CDC's investigation and response to the anthrax attacks.

In 2009, novel influenza A H1N1 virus infection in two children from southern California was first identified. This marked the beginning of the 2009 H1N1 influenza pandemic. MMWR was the first scientific publication to break the news of these cases and went on to publish critical findings from the pandemic. In this podcast, Dr. Dan Jernigan discusses this historic public health event.

During the 1993 E. coli O157 outbreak, four children died, and approximately 700 persons in four states became ill with severe and often bloody diarrhea after eating hamburgers from fast food restaurants. The first reports of CDC's investigation into this deadly outbreak were published in MMWR. In this podcast, Dr. Beth Bell shares what it was like to serve as one of CDC's lead investigators - a boots-on-the-ground disease detective -- for the historic outbreak.
See More
Comments