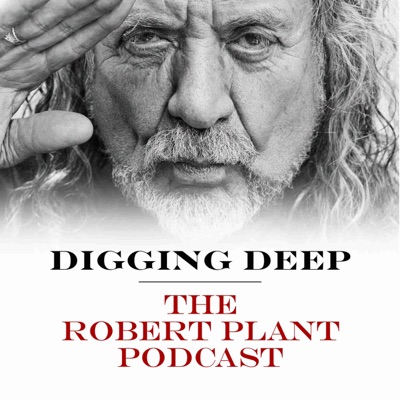 Robert Plant’s music is the result of a lifetime striding around the globe, from The Midlands to Morocco, from Nashville to North Wales, and the influences and friends collected along the way can be heard in his songs. In this podcast he'll delve into his back catalogue to revisit a track from this remarkable history to tell stories of inspiration, collaboration and intervention. It’s Robert’s personal road map to an incredible and personal journey that’s ongoing to this very day… 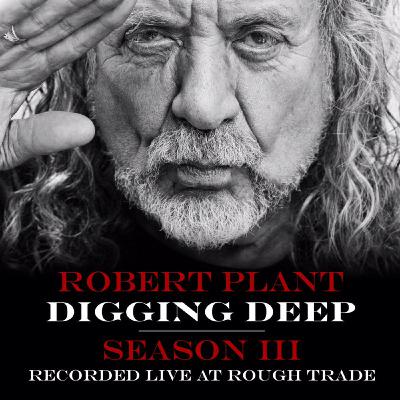 Digging Deep with Robert Plant has returned! And this is a very special season, as for the very first time the show was recorded live in front of an audience and includes questions set by Digging Deep listeners. But fear not, the music Robert has chosen to discuss, and his own personal stories and recollections are as fascinating and honest as ever. We start with a song that Robert covered in 2002 on his ‘Dreamland’ album; a track that could be described as ‘a post-apocalyptic psych folk classic’ with an incredible history…

You’re probably familiar with the idea of musicians (especially Robert) describing their career as a journey, but sometimes songs go on travels themselves. Since being recorded for Robert’s second solo album, 1983’s The Principle of Moments, this track has surfaced on soundtracks, compilations and computer games, and even though the sound and production is a million miles away from his recent work, it’s become something of a favourite for many, many people…This season will be accompanied by a limited edition vinyl single box set which collects 16 tracks from across his solo career across eight 7” singles. Pre-order now: https://lnk.to/RP_DiggingDeep_Vinyl

In this episode we get to know the title track from Robert’s most recent album from 2017. Ably supported by The Sensational Space Shifters, it's another whirling blend of sounds and atmospheres, but lyrically it's a mysterious one. There’s definitely a romantic heart within the song somewhere, but who is it beating for? And why?

In 2010 Robert assembled a new group - The Band of Joy - and recorded an album of the same name. It included cover versions old and new by artists like Richard Thompson, Townes Van Zandt and Milton Mapes. One highlight is an interpretation of the song ‘Monkey’ by the band Low. This dark, swampy, mysterious recording is the focus of this episode… “Turning way down low, telling me things I do not know I know. Tonight you will be mine, tonight the monkey dies..” This season will be accompanied by a limited edition vinyl single box set which collects 16 tracks from across his solo career across eight 7” singles. The set is now available to pre-order: https://lnk.to/RP_DiggingDeep_Vinyl

One of the joys of this series is that we span the whole of Robert’s career so far. We also get to enjoy the rare pleasure of the man himself talking about Led Zeppelin. It’s always an honour and an enlightening experience. This episode tackles a song from their legendary fourth album. A beautiful song, a wonderful lyric and a haunting double vocal from a folk music heroine (we also find out what Robert calls the album - IV? Runes? Untitled? Four Symbols? Or what?).This season will be accompanied by a limited edition vinyl single box set which collects 16 tracks from across his solo career across eight 7” singles. Pre-order now: https://lnk.to/RP_DiggingDeep_Vinyl

We're back! A new season of Digging Deep! New songs, new stories and new journeys to take. Season 2 finds us once again in the company of Robert and this time we visit the album 'Mighty ReArranger' from 2005. There's lots of questions for us: What song will he pick? What's the rhythm of a racing camel? And who is The Mighty ReArranger? As Robert himself says, "There's stuff to say..."This season will be accompanied by a limited edition vinyl single box set which collects 16 tracks from across his solo career across eight 7” singles. Pre-order now: https://lnk.to/RP_DiggingDeep_Vinyl

In the final episode of the first series, we discover what happened when Robert Plant got into the studio with a collection of legendary guitar gunslingers like Jeff Beck, Nile Rogers, Brian Setzer and his onetime bandmate Jimmy Page, and indulged his love of early ‘50s rock and roll and jump blues. We’re cookin’ now Daddio!Series 2 coming soon...

In 2007 Robert and Alison Krauss released an album called ‘Raising Sand’. Something of an instant classic, its huge Grammy-winning success is only superseded by the beautiful musicianship and stunning singing. This episode focuses on how Robert and Alison first came to work together and one specific track that they created…

The next stop on our musical map is Robert’s first post-Led Zeppelin album, 'Pictures at Eleven' from 1982. A step into brand new territory, but which featured a killer list of musicians by his side including a couple of "kick-ass" drummers.

This episode covers one of the most epic Led Zeppelin songs as Robert reveals the story and personal trauma behind the mighty 'Achilles Last Stand'. Starting our journey at the Riot House in Los Angeles on Halloween 1975, touching on the Iliad and ending up in the Atlas Mountains, Morocco.

Robert’s next choice of song is ‘Bones Of Saints’, a track from his 2017 album Carry Fire, and this week he tackles Henryk Górecki, the Welsh mountains of Bala, the dynamic behind The Sensational Space Shifters and the thumb bone of Good King John.

S1E1: Calling To You

We start our journey with a track lifted from the 1993 album ‘Fate Of Nations’ with Robert looking back at the creation of a pretty bold song lifted from that record, and we also discuss why now was the right time to start this podcast series…

Living in Mullion in Cornwall. And having read Sandy Denny's Biography recently. I learned she holidayed here once as a child 👍

Always loved your music. Loved seeing you live as Band of Joy@ the Shed in Stourbridge

Saw you in Bend, Oregon last October. Love hearing your voice. You still got it❤ I hope you come back this way again.

I'd love to hear Robert's thoughts on Carouselambra. Underrated and fascinating song with very interesting lyrics.

YES ANOTHER HONEYDRIPPERS ALBUM FOR SURE + TOUR IT ❣ WHAT A GREAT NEW YEARS EVE SHOW. Our generation especially would really be on board. We could dance + not look like a bunch of crazed elders.

Thank you Robert for teaching me so much about creative process + life in general. You have been in my top five most influential people in my life since I was 13 years old. You always have a plate at my table. It would be my honor to cook for you. The only other man in the world I said that to was President Barack Obama. ❤ Keep it coming Robert

I still shake, Mr. Plant. 70 yrs. age: Woodstock, to the meaning of ' What You Say ' every word thanks GRD

If Zeppelin was like a car and it crashed beyond repair, then Robert is that memorable horn that keeps going.

what I love about Robert is throughout all the sixties and seventies debauchery he came clean and has led apure life. kept away from heavy drugs and alcohol. Good for him. Good for us.

No Comments? Robert, you are a legend.

thank you Robert what a magnificent podcast ❤🎶🎵🎼

I love him and his music!

GRACE is this gift to the world Mr. Robert Plant is this grace

So excited to get into your head. It's a real treat to hear your creative process.