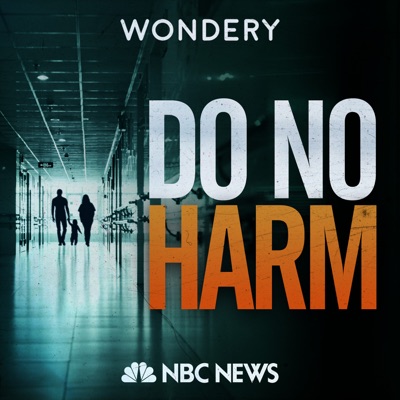 Melissa Bright thinks she's living every parent's worst nightmare when her five-month-old baby tumbles from a lawn chair and hits his head on the driveway. But after she rushes him to the hospital, a new nightmare begins.The Brights are thrust into a medical and legal system so focused on protecting children from abuse, it has targeted innocent parents. With exclusive audio captured as the events unfolded, this harrowing six-episode series takes you inside the Brights' fight to hold their family together, against a system that can sometimes do more harm than good. Hosted by NBC News National Investigative Reporter Mike Hixenbaugh, Do No Harm is a co-production of NBC News and Wondery. 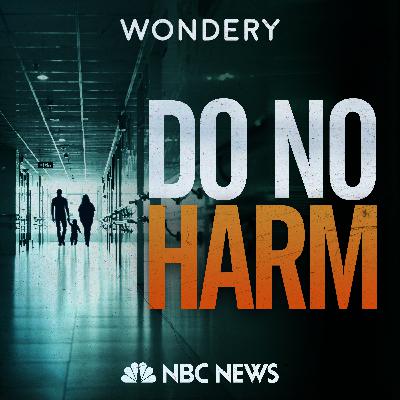 Introducing Do No Harm

Do No Harm premieres on November 10th. Listen early and ad free on November 3rd on by joining Wondery+ on the Wondery App. https://wondery.app.link/donoharm

Melissa and Dillon Bright race to the emergency room after their baby is seriously injured. As doctors assess the injuries, the Brights pray their son will be OK. But then a different team of doctors enters Mason’s hospital room, and the real nightmare begins.Support us by supporting our sponsors!Simplisafe - Visit Simplisafe.com/NOHARM for a free home security camera and a 60 day risk-free trial.Honey - Join Honey for free at JoinHoney.com/NOHARM.

Melissa and Dillon believe if they just tell the truth, Child Protective Services will see they aren’t a danger to their children. But the state of Texas isn’t just going to take their word for it.  Not after the horror story that unfolded in another family a year earlier.Support us by supporting our sponsors!Simplisafe - Visit Simplisafe.com/NOHARM for a free home security camera and a 60 day risk-free trial.Honey - Join Honey for free at JoinHoney.com/NOHARM.

The Brights figure CPS has moved on. Melissa and Dillon try to do the same. But when a CPS worker comes to their door, it's the beginning of the hardest night of their lives.Support us by supporting our sponsors!Simplisafe - Visit Simplisafe.com/NOHARM for a free home security camera and a 60 day risk-free trial.Honey - Join Honey for free at JoinHoney.com/NOHARM.

Across town, Lance and Sharde Butler have been fighting their own battle against CPS. After nearly a year, the system has almost broken them.  But soon the Bright’s case will intertwine with their own in ways that neither family could have imagined. If you or someone you know is struggling with mental health, here are some additional resources: National Suicide Prevention Lifeline: 1-800-273-8255 National Alliance on Mental Illness: 1-800-950-6264Crisis Text Line: Within the US, text HOME to 741741Support us by supporting our sponsors!Simplisafe - Visit Simplisafe.com/NOHARM for a free home security camera and a 60 day risk-free trial.Honey - Join Honey for free at JoinHoney.com/NOHARM.
See More
Comments (38)

I TOTALLY GET THIS. BUT, as a young mom of 3 kids....who TF buts their squirmy baby in a LAWN CHAIR ON CONCRETE? Move him to the lawn... they are outside in water, do they not have towels... put him in a towel.. I'm sure she had thought of ALL the shoulda, coulda, wouldas.... but I am super OCD and think of the destruction stupid choices bring. Probably was an accident.. BUT a negligent act NONETHELESS!

I understand that CPS serves a purpose but I've believed for a long time they cause more harm than good in so many cases. It is disgusting to me to hear in this podcast they're scheduling "secret" court hearings. I am convinced the public's right to due process is diminishing each day.

unbelievable. hearing melissa cry is heart breaking. i’m so sorry you had to go through this. sickening.

the moral of this story is (and I'm being glib, there are actually many morals): get a lawyer immediately. even if you cooperate, you deserve your own advocate and the only person who will do that for you is your lawyer.

I have always thought of CPS as scum. This podcast proves it. I've heard plenty of horror stories involving CPS throughout my life.

I had no idea how stupid CPS is. Shocking and very disturbing.

This system is so broken! So tragic, even if they get the money back that they lost in the process those children have been traumatized. The system is working against fathers! That hospital needs to be sued!

What a cliffhanger!! These stories are 💔. I just can't understand how people can lack such common sense.

this is absolutely heartbreaking. complete lack of common sense.

Lavar is a robot ran by that boss bitch. Little puppy dog. Maybe he is racist and wanted payback to some white parents. I get it. It's terrible but I get it

sorry but lavar would have been leaving the way he came with a lumped up skull!!!

The audio recording of this happening in real time is so painful to listen to. This is excellent work, albeit so difficult to take onboard.

I'm crying with this momma. So heartbreaking.

just heart breaking, hard to believe this can happen to loving and caring parents.

what does Brittany Spears have to do with this story ....smh I didn't understand that at all ???? someone explain please why this part of another story was added to did you just need to fill in some time ....im as confused as these parents

This is unbelievable. CPS is Terrible! They almost always screw it up... I know of almost no stories where CPS actually gets it right.

these cps officers are on a power trip.