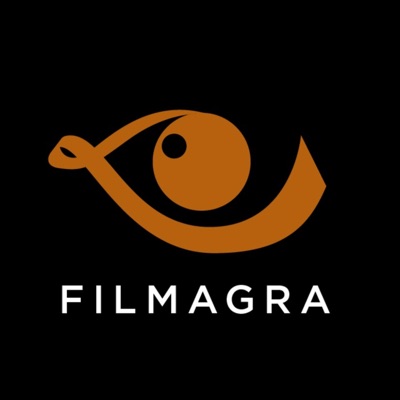 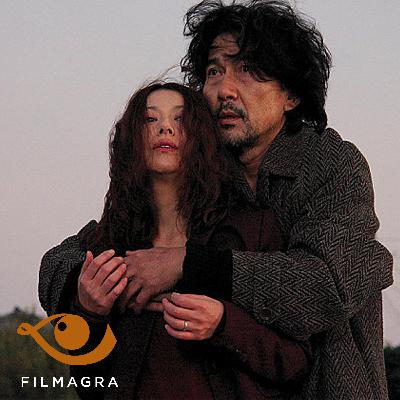 6. Tokyo Sonata Review: Work, Gender, Family, It's All A Performance

Tokyo Sonata is a very campy and candid examination of how the conditions of this uncertain capitalist era negatively affect the work person. Beyond that, it's a film which showcases how the strict institutions and traditions of our societies (school, gender norms, familial based traditions, and capitalistic order) harm the well-being of those who unquestionably subscribe to their rigid order. Tokyo Sonata, and the sources I used to build my understanding of contemporary capitalist Japan, made me realize something deeply unsettling: we are incredibly performative in our daily lives. In this episode I explain what is meant by the "performance" and why it's so horrific that we fail to challenge or question its existence in our day to day life.  Sources: Dazed. “How Japan's 90s Teen Delinquency CRISIS Inspired a Wave of Killer Movies.” Dazed, 2 Dec. 2020, www.dazeddigital.com/film-tv/article/51285/1/japan-90s-teen-delinquency-crisis-killer-movies-j-horror-battle-royale. Hitchcock, Amanda. “Violent Juvenile Crimes in Japan Point to a Deeper Social Crisis.” World Socialist Web Site, www.wsws.org/en/articles/2000/10/jap-o18.html. Romit DasDasgupta (2011) Emotional Spaces and Places of Salaryman Anxiety in Tokyo Sonata , Japanese Studies, 31:3, 373-386, DOI: 10.1080/10371397.2011.619169  Salari,. YouTube,, 25 Sept. 2020, www.youtube.com/watch?v=sx3mQftSMSo. 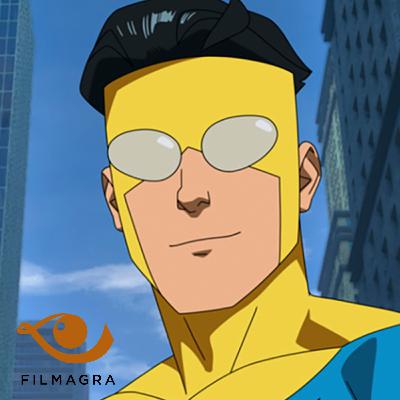 With ultra-violence akin to Amazon's hit The Boys, Invincible dismisses the overdone cliches of the sub-genre and creates a much needed departure from the rituals and narrative beats of superhero stories we've been familiar with for generations. Would god-like people really "save us" from mass devastation? Would they always use their powers for good and be the most selfless people on the planet? Invincible takes us to a superhero landscape we've historically refused to accept but perhaps would be more probable if super-humans were real. To me it stands alongside HBO's Watchmen and Todd Phillips Joker as a subversive and meta-critique of our culture's understanding of the uber-wealthy, super strong and incredibly intelligent -- the cohorts we're used to seeing being the best heroes. I also geek out a little too.

4. Sounds of the Movement: Free Palestine!

Sounds of the Movement is an experimental portion of Filmagra that allows the spirit and knowledge of our local movements to transcend the space and time they are limited to. This entry bridges the passionate and revolutionary voices of local activists across different Free Palestine movements. This episode is also conscious of the people who are willing to attend these protests but are unable to reach them due to physical limitations. I hope the revolutionary fire reaches you whenever and wherever you are. Links to Boycott Israel as mentioned: @ 8:00 http://bdsguide.com/ https://www.buycott.com/ 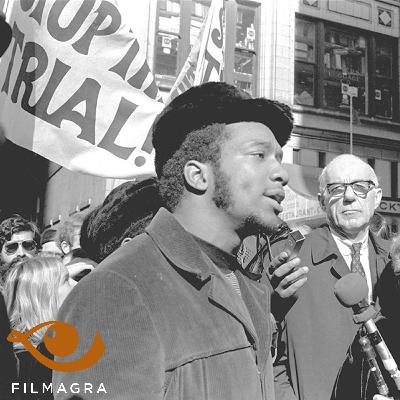 Fred Hampton was a revolutionary Marxist-Lenist. Does Judas & The Black Messiah honor his memory and political ideology in a respectful and productive way? Of course not. In this episode I discuss and praise what Fred Hampton was really about, fighting for his local, national and Global black community. And not just Black people, but, as he says, “the international proletariat”. Let’s dive into why Hampton was so amazing and posed a serious threat to American social order. Later sections of this episode discuss how Judas & The Black Messiah is, dramatically, a great film, but fails at truly celebrating Hampton -- or in other words it fails to inspire its spectators to become revolutionaries themselves.  Films Mentioned:  Belly (dir. Hype Williams, 1998)  Black Panther (dir. Ryan Coogler, 2018)  Judas & The Black Messiah (dir. Shaka King, 2021)  The Butler (dir. Lee Daniels, 2013)  Plays Mentioned:  Once On This Island (playwright Lynn Ahrens)  Podcasts & Episodes Mentioned: Low Society | #082 Twerking on Satan  https://open.spotify.com/episode/3oI33sMEGwI4JMPwpIBcm0?si=32876c8567e34b97  https://soundcloud.com/low-society/082-twerking-on-satan  Primary Sources:  Digital Copies of Black Panther Party Newspaper https://www.marxists.org/history/usa/pubs/black-panther/index.htm  Fred Hampton Intro Clip https://www.youtube.com/watch?v=XJBNoLJSLS8  Fred Hampton’s “It’s A Class Struggle Goddammit”  https://www.lfks.net/en/content/fred-hampton-its-class-struggle-goddammit-november-1969  People’s Trial For Fred Hampton pulled from July 1969 issue of BLACK PANTHER: http://jfk.hood.edu/Collection/White%20Materials/Preparation/Prep%20020.pdf  Other Sources:  Noname declined joining Judas & The Black Messiah OST  https://www.okayplayer.com/culture/noname-judas-black-messiah-soundtrack.html  David McCloud Medium Article: My problem with Judas and The Black Messiah  https://captpigment.medium.com/my-problem-with-my-problem-with-judas-and-the-black-messiah-b7b49318095  My Letterboxd review of Judas  https://letterboxd.com/fourt_mind/film/judas-and-the-black-messiah/ 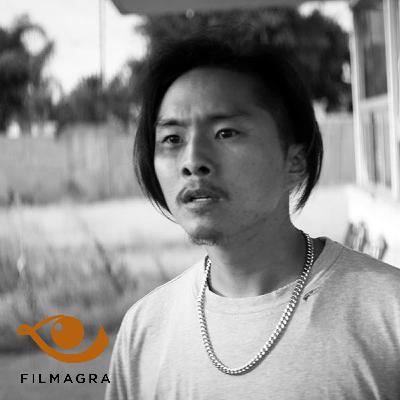 How does the term “Anti-Asian Racism” inhibit a more complete understanding of racism and white supremacy? This episode suggests that we cease intense advocacy and support for a group in question well after they have been hurt, or worse, killed. Activism should not and cannot persist in the forms of boom and bust cycles. It shouldn’t be a summer of #BLM and a few weeks of #StopAnti-Asian Racism, but a continuous struggle to liberate and fight for all parties who are dehumanized by various oppressive forces. We need to supplant reactionary sloganeering with productive work -- such that assists Asian-Americans, Black people, or anyone who is presently/historically oppressed without waiting for something to these marginal communities first.  Time Stamps:  0:00 - Introduction 4:45 - “Anti-Asian Racism” Abolish Reactionary Culture 25:32 Gook 35:38 Minari Podcasts & Episodes Mentioned Mentioned: Escape from Plan A | https://planamag.com/podcasts/ AN ALL-OUT ASSAULT ON ASIAN AMERICANS—FT. AUSTIN KOH AKA AYEKAY ('ESCAPE FROM PLAN A' EP. 237) https://planamag.com/an-all-out-assault-on-asian-americansft-austin-koh-aka-ayekay/ EP. 244: The Atlanta Asian Murders https://open.spotify.com/episode/3ie1ZZE7BfnWUv1EyJLpRS?si=e62655c919384dd9 Films Mentioned:  Burning (dir. Lee Chang-dong, 2018) - highly recommend!  Gook (dir. Justin Chon, 2017) Minari (dir. Lee Isaac Cung, 2020) Ms.Purple (dir.Justin Chon, 2019) Munyurangabo (dir. Lee Isaac Chung, 2020) Tenet (dir. Christopher Nolan, 2020) Donate to: In memory of HyunJungKim to support my brother & I Chinatowns and Covid: The Coronavirus’s Impact on Chinatown | The New Yorker | https://www.youtube.com/watch?v=f5ZeB2zSbX0 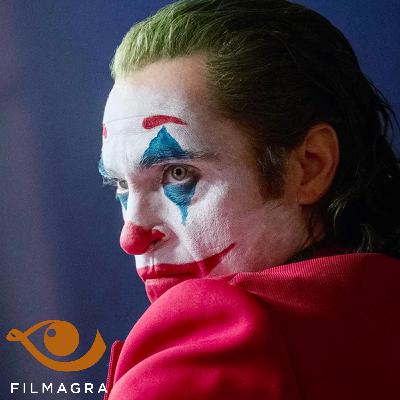 Todd Phillips’ Joker was probably the most controversial film of 2019. Before I watched it, I thought this movie was about a deteriorating pro-second amendment, incel because that was the most popular reading of the film at the time of its release. I was shocked to learn that the most dominant form of violence in the film wasn’t gun violence, but mental and class violence. My guest and good friend Graham helps me unpack the social and political landscape of Gotham and Joker. We respond to liberal responses of Joke and criticise class reductionist leftist reviews of the film. Graham also introduces the complex work of Jean Baudrillard in a very accessible way and shares how the renown French scholar’s work relates to Joker. Citations Films Mentioned:  Avengers Age of Ultron (dir. Joss Whedon, 2015) Requiem for a Dream (dir. Darren Aronofsky, 2000) The Dark Knight (dir. Christopher Nolan, 2008) The Dark Knight Rises (dir. Christopher Nolan, 2012) Liberal Criticisms of Joker: Abad-Santos, Alex. “The Fight over Joker and the New Movie's ‘Dangerous’ Message, Explained.” Vox, Vox, 18 Sept. 2019, www.vox.com/culture/2019/9/18/20860890/joker-movie-controversy-incel-sjw. Wilkinson, Alissa. “The Joker Never Needed an Origin Story, but Especially Not This One.” Vox, Vox, 10 Sept. 2019, www.vox.com/culture/2019/9/10/20858765/joker-review-joaquin-phoenix. Leftist Criticisms of Joker: “Film Review: Joker.” The Communists, 2 Nov. 2019, thecommunists.org/2019/11/02/news/culture/film-review-joker/. Red Fightback. “The Red Carpet: A Marxist Critique of Joker.” Red Fightback, Red Fightback, 16 Feb. 2021, redfightback.org/the-red-carpet-a-marxist-critique-of-joker/. Other Mentioned Sources: Baudrillard, Jean. The Consumer Society: Myths and structures. Sage, 2016. Baudrillard, Jean. Simulacra and Simulation. University of Michigan press, 1994. Baudrillard, Jean. For a Critique of the Political Economy of the Sign. Verso Books, 2019. Deming, Robert H. "The Television Spectator-Subject." Journal of Film and Video (1985): 48-47. Fisher, Mark. Capitalist Realism: Is There no Alternative?. John Hunt Publishing, 2009.

Our co-host welcomes you to the Filmagra Podcast!
See More
Comments