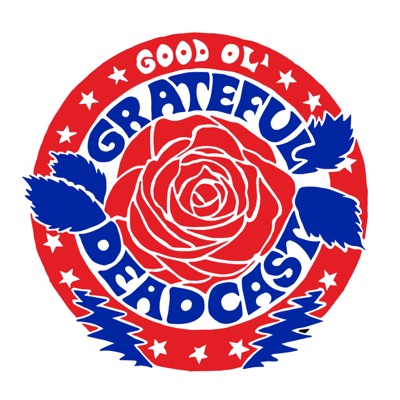 “The Good Ol’ Grateful Deadcast,” the official Grateful Dead podcast, is a series devoted to exploring the music and mythology behind one of the most enduring, progressive, and influential bands in the history of recorded music. The podcast’s tagline is “For The Committed And The Curious,” as episodes will invite new fans to explore the band’s enormous mythology in digestible chunks and enlighten life-long Dead Heads about corners of the band’s history they never knew existed. No topic will be off limits on “The Good Ol’ Grateful Deadcast” as hosts Rich Mahan and Jesse Jarnow explore the band’s outrageous history, innovations, and impact from 1965 to today. 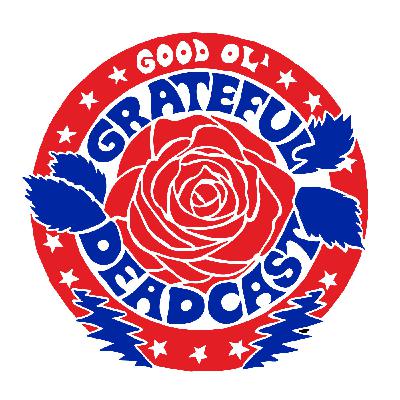 Our close listen to the Grateful Dead’s remastered Workingman’s Dead 50th anniversary edition continues with “Dire Wolf.” Album co-producer Bob Matthews reveals recording tricks. With David Nelson of the New Riders of the Purple Sage, we get a look inside Jerry Garcia’s living room as he learns how to play pedal steel guitar. We untangle the connections between “Dire Wolf,” the Zodiac Killer, and Sherlock Holmes to figure out the exact date the song was written, examine session outtakes from the Angel’s Share, hear from bluegrass phenom and Dead fan Billy Strings, discuss how “Dire Wolf” is only one of many connections between the Dead and Game of Thrones writer George RR Martin, and debut a "Dire Wolf" supercut.GUESTS: David Nelson, Bob Matthews, Billy Strings, Jeffrey Alexander, David Lemieux, Gary Lambert, Brian Kehew, Mike Johnson

The Grateful Dead’s masterpiece Workingman’s Dead song by song. For “High Time,” we look behind the purple door of Pacific High Recording with co-producer Bob Matthews and tour manager Sam Cutler, examine session outtakes and tape mysteries with Brian Kehew and Mike Johnson, and explore how “High Time” was a songwriting breakthrough for Jerry Garcia and his new housemate, lyricist Robert Hunter.

The first of our ongoing surprise BEAR DROPS, exploring the life and legacy of Owsley Stanley, the pioneer underground LSD chemist as well as trailblazing sound engineer for the Grateful Dead. With Bear’s son Starfinder, partner Rhoney, and Hawk Semins of the Owsley Stanley Foundation, we explore Bear’s singular personality, the hi-fi origins of the Dead’s quest for sound, and how Owsley was the inspiration for two of the Dead’s most potent symbols, the skull-and-lightning bolt Steal Your Face logo and the omnipresent dancing bears, seen everywhere and beyond, most lately on Nike’s NikeSB Dunk Low Pro ‘Grateful Dead’ sneakers.

Join us for deep dig into the rich history of WORKINGMAN’S DEAD with album co-producer Bob Matthews and others, beginning with a close listen to “Uncle John’s Band,” including its surprising roots in jazz history and Macedonian choral music, a further look into the session outtakes, and the story of the real-life Uncle John.
See More
Comments