Together since 2009, The Kenneth Brian Band includes co-founders Kenneth Brian (Lead Vocals, Lead Guitar) and Travis Stephens (Harmony Vocals, Rhythm Guitar, Piano), with Steve Ferrone (Drums, Percussion) and Paul Ill (Bass) rounding out the quartet on ‘ With Lions’ . The Kenneth Brian Band released ‘ Falling Down Slowly’ (2009), ‘ Welcome To Alabama’ (2011) and ‘ Blackbird’ (2015). Beginning in 2013, the band spent two years as the opener for multi-Grammy winner Lucinda Williams and joined ZZ Top for several dates in 2016.Since their first album release in 2009, the Kenneth Brian Band’s modern Southern Rock and Americana infused style, timeless song-craft, layered with Kenneth’s gritty vocals and guitar prowess have helped earn them a loyal fan following and the respect of fellow musicians. The quartet’s musical styling and dynamic live performances also attracted the attention of some of their mentors like Lucinda Williams, Billy Gibbons and current bandmate Steve Ferrone of Tom Petty and the Heartbreakers. Since 2013, they spent two years touring with multi-Grammy winner Lucinda Williams, who describes them as “somewhere between Lynyrd Skynyrd and Drive-By Truckers”, before joining ZZ Top in 2016 for several dates. Whether in intimate Honky Tonks or stately, sold-out theaters (with Lucinda), they continue to captivate audiences with resonating harmonies and a tight rhythm section.

Lawrence Park is a Korean-American R&B singer from San Francisco, CA. He currently lives in San Diego, CA where he graduated from UC San Diego in 2012 with a Political Science Major.During college, he met his vocal coach, mentor and father figure Ken Anderson who has been mentoring him since 2010. Lawrence met Ken Anderson through a UCSD Gospel Choir class, in which a friend recommended him to take (If you go to UCSD you NEED to take this class).Lawrence started his own YouTube channel in 2013 and is determined to make it into the YouTube scene.He also is a Singing Coach and has verified students from ages 9 to 53. If you are interested in having a singing lesson, you can find more information here.Lawrence’s performance history includes: being a finalist for Kollaboration San Francisco 2014, opening for YouTube Stars JR Aquino, Andrew Garcia, Brian Puspos, Just Kidding Films, Dan AKA Dan, NBC’s The Sing-Off finalists and Pitch Perfect 2’s Filharmonic, world famous band Parachute, and many more.

Allen Camp is the former guitar tech for P.O.D. and is currently the President of ARC Productions, an artist management company that helps bands come up with solutions for the ever-changing music industry.

Track Star Entertainment was founded in 2001 by lifelong music entrepreneur Josquin des Pres. As a renowned producer, composer, musician, manager, studio owner, prolific author and lifelong music impresario. Josquin des Pres grew up in France and relentlessly focused on becoming a professional musician and composer. Still in his teens, Josquin landed his first record deal signing first with United Artist Records and then RCA Records. After touring the world with some of the biggest acts in France and becoming one of the most sought-after session bass player in the region, Josquin moved to Southern California to take his career to the next level. Over the years Josquin has consistently maintained the respect of his peers through the music industry. His business successes and credits with some of the biggest names in the industry make him an invaluable asset to any entrepreneurial music venture. Josquin des Pres’ credits range from co-writing numerous songs with Elton John’s legendary lyricist Bernie Taupin, to composing for over 40 Television shows as well as producing and playing bass on over 100 CD’s for numerous major and independent record labels.

National Account Manager for ShowSlinger and professional comedian. Jason has performed with industry heavyweights like Jeff Foxworthy, Dave Atell, etc. Son of Don Barnes, lead singer for .38 SpecialWhat is SS and how can it help all types of emerging artists?How SS can move bands to the next level faster and more efficiently than old school booking/promotionThe vision of the company to help artists take complete control of all aspects of their careers, and ultimately, achieve more financial success.

Vlad Gorenshteyn (a.k.a. DJ Vlad) is a professional DJ, musician, entrepreneur and former advertising executive and consultant to global brands. Vlad is partner, producer and performer with "Party Express Express Entertainment" based in Atlanta, GA which has been entertaining clients on the East Coast for over 25 years. Vlad's passion is creating "experiences" that raise eyebrows and enlarge smiles.

Jason Barnes was born on the west side of Jacksonville and raised by a legendary rock star, Don Barnes, the lead singer of .38 Special.Jason says, “Growing up around musicians formed my sense of humor at an early age. I starteddoing stand up comedy around 28 and I ended up working for the Punchline comedy club for 10 years until it closed. I've done shows with Doug Stanhope, Dave Attell, Kevin Nealon, Tim Wilson, Tom Rhodes, Amy Shcumer, Jim Norton, Rob Schneider, Rowdy Roddy Piper, Joe Rogan, Josh Blue, Jon Reep and Many more.”

Bram Bessoff, founder of IndieHitMaker talks about how to market your gig, how to properly advance the show, contracts, riders, and the do’s and don’ts during and after the gig.

This week Paul is speaking with Dave Craver, the founder of OpenMic.US about which open mics to do and how to maximize your exposure at each event.Should you even do an open mic if you're in a cover band or original act - Pros / consIf you choose to do an open mic, where can artists find the best ones?Things you can do to maximize exposure at an open mics

Paul Nikolas explores how to select the right venues for your career level and successfully approaching booking agents for maximum impact.Do's and don't of approaching local club owners. How to build a basic press kit. What to leave out and what to put in. Don't be lazy, making more of an effort than the next guy will get you the gig.Berklee Alumni and lead singer/guitarist for Pittsburg based rock n roll act, Big Atlantic. They have played with notable acts such as Foo Fighters, Breaking Benjamin, Disturbed, Jeff Scott Soto, Royal Blood. Lee has also project managed for renowned post hardcore act "Hidden In Plain View" during their 10th anniversary tour for "Life In Dreaming" and 2015 release of "Animal" on RISE Records. He has also had the pleasure of sharing the stage with legendary 50's rock n roll sensation, "Sha Na Na".

Then and Now: The the Old Industry vs. the New Richard Donald "Don" Barnes is an American rock vocalist and guitarist. He is one of the founding members of the Southern rock band 38 Special. Barnes performed lead vocals on many of the group's biggest hits, including "Rockin' into the Night," "Hold On Loosely," "Caught Up in You," "If I'd Been the One," "Back Where You Belong," "Like No Other Night," and "Back to Paradise" (from the movie Revenge of the Nerds II: Nerds in Paradise).We take a look at how artists used got their start back in the 70’s and 80’s and how the landscape has changed with the rise of digital technology. We’ll focus on a few broad topics of interest for emerging artists and delve into them in extensive detail in later shows:1) Getting gigs in the local scene when starting out2) Marketing your band locally3) Getting a record deal vs. the new DIY model 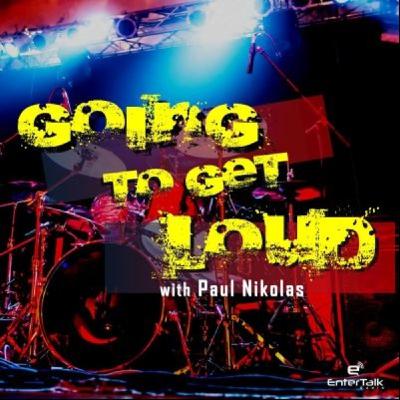 Paul Nikolas kicks off the show by talking with EnterTalk Radio CEO, FLorentino Buenaventura and COO, Paul Berezetsky about their experiences playing in bands, adapting to the new digital music industry, and how artists can differentiate themselves without compromising their authenticity.
See More
Comments