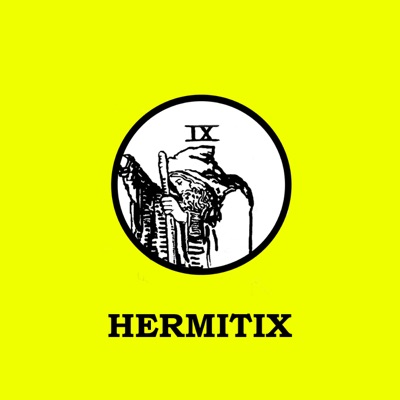 Hermitix is a podcast focusing on one-on-one interviews relating to fringe philosophy, obscure theory, weird lit, underappreciated thinkers and movements, and that which historically finds itself 'outside' the academic canon.

The aim of the podcast is to allow autodidactic thinkers, amateur philosophers and the generally curious an insight into the work of thinkers who are often impenetrable to those outside of the academy.

With the discussions at Hermitix aiming to be informal idea barrages which attempt to retain the excitement of 'the fringes' without falling into the structural 'niche' pitfalls of the academy.

Mark Fisher (11 July 1968 – 13 January 2017), also known as "k-punk", was a British writer, critic, cultural theorist, and teacher based in the Department of Visual Cultures at Goldsmiths, University of London. He initially achieved acclaim for his blogging as k-punk in the early 2000s, and was known for his writing on radical politics, music, and popular culture. (Wikipedia) Matt Colquhoun also known as Xenogoth is a writer, blogger and DJ. His writing can be found at xenogothic.com

John Cussans currently works as the Associate Lecturer in the Department of Visual Cultures, Goldsmiths;. John does research in Politics, Literature and Film, Race, Ethnicity and Politics and History of Religion. His current project, The Skullcracker Suite, is a practice-led artistic research project investigating processes of cultural decolonization in British Columbia with a focus on resurgence of potlatch culture within the Kwakwaka'wakw community. (Researchgate) In 2017 John published Undead Uprising: Haiti, Horror and the Zombie Complex In this episode we discuss the work of Georges Bataille, Nick Land, Mark Fisher and philosophical theories surrounding capitalism, zombies and leftism. 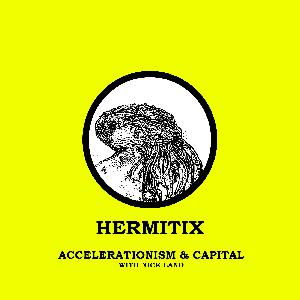 Nick Land is an English philosopher, short-story horror writer, blogger, and "the father of accelerationism". His writing is credited with pioneering the genre known as "theory-fiction". A cofounder of the 1990s collective Cybernetic Culture Research Unit, his work has been tied to the development of accelerationism and speculative realism. (Wikipedia) He can be found on Twitter @outsideness In this episode we discuss accelerationism, capital, time, Kant and decimalism. 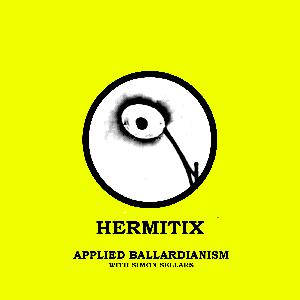 Simon Sellars is a writer and editor. He is the custodian of ballardian.com, and the co-editor of Extreme Metaphors: Interviews with J.G. Ballard 1967–2008. He has most recently published Applied Ballardianism: Memoir from a Parallel Universe In this episode we discuss the work of J.G. Ballard, Applied Ballardianism, theory, technology and writing.

Neurosis and Society with Charlie Johns

Charlie Johns is the author of Neurosis and Assimilation, alongside being the editor of The Neurotic Turn. In this episode we talk about the history of neurosis in relation to capitalism and society.

The Philosophy of Julius Evola with DC Miller

DC Miller is a writer on the topics of art, politics and religion. We discuss the philosophy, life and work of Julius Evola.

Primitivism and Time with John Zerzan

John Zerzan is an anarchist and primitivist ecophilosopher and author. His works criticize agricultural civilization as inherently oppressive, and advocate drawing upon the ways of life of hunter-gatherers as an inspiration for what a free society should look like. (Wikipedia)

John Michael Greer is an American author who writes on the environment, various religions, and occult topics. He currently blogs at: www.ecosophia.net Note: A big thank you to H.E. for helping address audio issues.

Krzysztof is Professor of Visual Culture at Norwich University of the Arts, teaching across both BA Fine Art and MA Fine Art. He has edited various texts on both Surrealism and Dadaism including: Surrealism: Key Concepts, The Surrealism Reader and The International Encylopedia of Surrealism.

The Philosophy of Michel Serres with David Webb

Michel Serres was a French philosopher, theorist and writer. His works are notable for discussing subjects like death, angels and time. They are also noted for incorporating prose and multifaceted perspectives. Serres had a unique approach to translating his works from accounts rather than from authoritative singular translations. (Wikipedia) David Webb is a professor of philosophy at Staffordshire University, specializing in contemporary European philosophy, French epistemology and philosophy of science. He has published two books: Foucault’s Archaeology: Science and Transformation (Edinburgh University Press, 2012) and Heidegger, Ethics and the Practice of Ontology (Continuum Press, 2009).

The Politics of Collapse with James Howard Kunstler

James Howard Kunstler (born October 19, 1948) is an American author, social critic, public speaker, and blogger. He is best known for his books The Geography of Nowhere (1994), a history of American suburbia and urban development, The Long Emergency (2005), and Too Much Magic (2012).

Erik Davis is an American writer, scholar, journalist and public speaker whose writings have ranged from rock criticism to cultural analysis to creative explorations of esoteric mysticism. He is perhaps best known for his book Techgnosis: Myth, Magic and Mysticism in the Age of Information, as well as his work on California counterculture, including Burning Man, the human potential movement, and the writings of Philip K. Dick. In this episode we discuss Erik's latest book, High Weirdness. Which is an exploration of the emergence of a new psychedelic spirituality in the work of Philip K. Dick, Terence McKenna, and Robert Anton Wilson. The book can be purchased via multiple channels from the MIT website here: https://mitpress.mit.edu/books/high-weirdness - If you wish to donate to Hermitix you can do so via our Patreon page: https://www.patreon.com/hermitix If you wish to purchase Hermitix merchandise you can do so via our Teespring store: https://teespring.com/en-GB/stores/hermitix-2 All money from donations and merchandise purchases allow for the indefinite continuation of Hermitix.

Collapse and the Technosphere with Dmitry Orlov

Dmitry Orlov is a Russian-American engineer and a writer on subjects related to "potential economic, ecological and political decline and collapse in the United States. (Wikipedia) He is the author of multiple books including: Reinventing Collapse: The Soviet Example and American Prospects, The Five Stages of Collapse: Survivor's Toolkit and more. In this episode we discuss Dmitry's overarching theories regarding collapse alongside his book Shrinking the Technosphere. Dmitry currently blogs at cluborlov.blogspot.com and his QUIDNON project can be found at quidnon.blogspot.com -- If you wish to support Hermitix please see our links below: Hermitix Patreon Hermitix Merchandise One off Donations at Ko-Fi Hermitix Twitter

Existentialism and Meaning with Theodore Dalrymple

Anthony Malcolm Daniels, who generally uses the pen name Theodore Dalrymple is an English writer and retired prison doctor and psychiatrist. He worked in a number of Sub-Saharan African countries as well as in the East End of London. Before his retirement in 2005, he worked in City Hospital, Birmingham and Winson Green Prison in inner-city Birmingham, England. He is the author of a number of books, including Life at the Bottom: The Worldview That Makes the Underclass; Our Culture, What's Left of It; and Spoilt Rotten: The Toxic Cult of Sentimentality. In this episode we will be discussing existentialism, meaning, responsibility and his book The Terror of Existence: From Ecclesiastes to Theatre of the Absurdwhich he co-authored with Kenneth Francis. If you wish to support Hermitix please see our links below: Hermitix Patreon Hermitix Merchandise One off Donations at Ko-Fi Hermitix Twitter

John Michael Greer is an American author who writes on ecology, religion, philosophy, politics, appropriate technology, oil depletion and the occult. He served from December 2003 to December 2015 as the Grand Archdruid of the Ancient Order of Druids in America, and since then has headed the Druidical Order of the Golden Dawn, which he founded in 2013. An initiate in Freemasonry, the Hermetic Order of the Golden Dawn, and the Order of Bards, Ovates and Druids. If you wish to support Hermitix please see our links below: Hermitix Patreon Hermitix Merchandise One off Donations at Ko-Fi Hermitix Twitter

The Life of Ernst Jünger with Elliot Neaman

Elliot Neaman (born 1957) is a professor of history at the University of San Francisco, where he began teaching in 1993. He won the USF Distinguished Research Award in 1999. He is the author of A Dubious Past, Ernst Jünger and the Politics of Literature after Nazism and Free Radicals; Agitators, Hippies, Urban Guerillas and Germany's Youth Revolt of the 1960s and 1970s Ernst Jünger (29 March 1895 – 17 February 1998) was a highly-decorated German soldier, author, and entomologist who became publicly known for his World War I memoir Storm of Steel. If you wish to support Hermitix please see our links below: Hermitix Patreon Hermitix Merchandise One off Donations at Ko-Fi Hermitix Twitter

The Philosophy of Peak Oil with Chad A. Haag

Chag A. Haag is a theorist writing on such topics as peak oil, collapse and technology. He has written 4 books: A Critique of Transcendental Memology: A Peak Oil Philosophy of Truth, Being and Oil: Volume One: Peak Oil Philosophy and the Ontology of Limitation, The Philosophy of Ted Kaczynski: Why the Unabomber was Right about Modern Technology and The Hermeneutics of Ecological Limitation: Ecophilosophy Beyond Environmentalism. In this episode we discuss his philosophy of peak oil. If you wish to support Hermitix please see our links below: Hermitix Patreon Hermitix Merchandise One off Donations at Ko-Fi Hermitix Twitter

The Work of Thomas Pynchon with Gregory Marks

Gregory Marks is an Australian PhD student writing his thesis on the posthuman and the Gothic in Thomas Pynchon. He has presented internationally on Pynchon’s novels and their ambiguous technological visions. He can be found on Twitter @thewastedworld and blogs at thewastedworld.wordpress.com If you wish to support Hermitix please see our links below: Hermitix Patreon Hermitix Merchandise One off Donations at Ko-Fi Hermitix Twitter

Jasun Horsley is the author of THE VICE OF KINGS: How Socialism, Occultism, & the Sexual Revolution Engineered a Culture of Abuse, PRISONER OF INFINITY: UFOS, Social Engineering, & the Psychology of Fragmentation, SEEN & NOT SEEN: Confessions of a Movie Autist and more. He writes about Ufology, social engineering, Occultism, film and may more topics. He blogs at: Auticulture and can be found on Twitter here If you wish to support Hermitix please see our links below: Hermitix Patreon Hermitix Merchandise One off Donations at Ko-Fi Hermitix Twitter 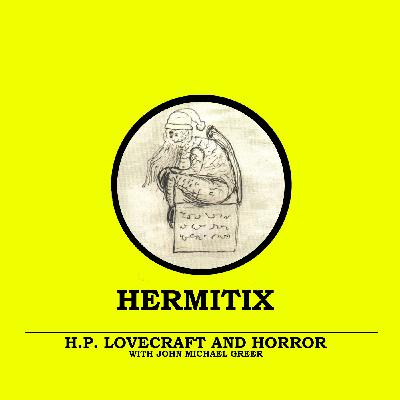 John Michael Greer is an American author who writes on ecology, religion, philosophy, politics, appropriate technology, oil depletion and the occult. We talk about the work of H.P. Lovecraft, horror and John's latest fiction series The Weird of Hali, which is set within Lovecraft's 'Cthulhu Mythos'. John currently blogs at Ecosophia. If you wish to support Hermitix please see our links below: Hermitix Patreon Hermitix Merchandise One off Donations at Ko-Fi Hermitix Twitter
See More
Comments