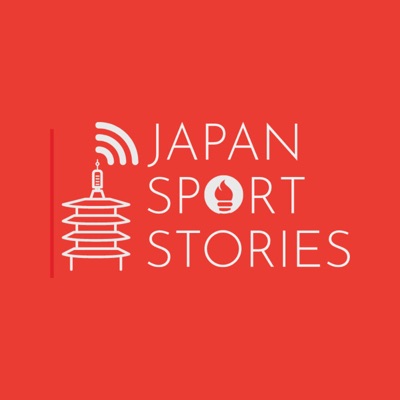 There is so much more to Japan than Samurai and Sushi! Join hosts Noel and Mike as they chat to Olympians, Paralympians, Sumo Wrestlers, Historians and more to discover the most fascinating, surprising and untold stories from the world of Japanese Sport. The perfect podcast for Japan-fans, sports-fans and just about everyone in between. Web: JapanSportStories.comTwitter: @JSStories
22 Episodes
Reverse 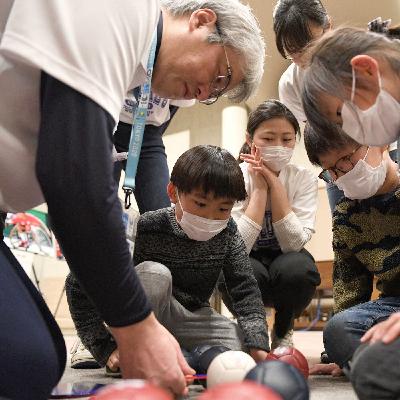 How To Make People Care About the Paralympics

The world's focus is now on the Paralympic games - with many nations having the most hours of coverage that they've ever had, it's easy to forget that it wasn't always that way. Host Noel Thatcher often recounts the story of his triumphant return to London after his first Paralympics Gold and being met with an indifferent UK who weren't interested in Parasport. Fast-forward to 2020 and all of that seems to have changed, but why?Well today we're talking to Yamaguchi Ichiro, a journalist at the Mainichi Shinbun and one of the leaders in getting Parasport into print media in Japan. Parasport was rarely written about and when it was, it was through the lense of human interest stories. He changed this, but convincing the editors that Parasport is sport was no easy task. We catch up with Ichiro to find out more.

Bringing the GAA to Japan

It took 111 years from the Gaelic Athletics Association (GAA) being formed in Ireland to it coming to Japan. Formed by some Irish expats, the club has grown and has players from Ireland, Japan and all over the world.But how do you become the first sports club in a country with little-to-no knowledge of the sport? How do you find the pitch and the equipment? We find out just how Japan GAA has fitted in to their Tokyo home, and what comes next for Ireland's sport in Japan. ---Japan GAA // Twitter // Instagram Japan Sport Stories // Twitter // JSStoriespod@gmail.comJapan Research Centre at SOAS

What can the Paralympics do for Japan?

Disability based discrimination is a global issue, and the forms it takes vary from society to society and place to place. So what's happening in Japan and can the Paralympics do anything to help that? Japanese Para-athlete Miki Matheson talks to use about how the Paralympic values can be brought into the classroom and what that could do to help fight disability discrimination. I'm-Possible: https://im-possible.paralympic.org/ Contact us at JSStoriespod@gmail.comCheck out our website www.JapanSportStories.com

Japan has an incredible Parasport history. Not particularly in medals - they're only 18th overall, but in the influence they have on Parasport events. They've hosted the longest running wheelchair marathon event in Oita and their coverage of the 1998 Nagano games was a great populariser of the Winter Paralympics. But there's more, there are two games which are lost to popular and even institutional memory that Japan hosted. We're joined by Dennis Frost from Kalamazoo College in the US who talks us through the incredible Other Tokyo 1964 Games and The FESPIC Games. Two hugely influential events that are largely forgotten. Dennis Frost: https://eas.kzoo.edu/about/people/ Check out Dennis' incredible Book More than MedalsJapan Sport Stories is hosted by Noel Thatcher and Mike Salter.Come look at our website and follow us on twitter for more Japan Sport Content We are proud partners with the Japan Research Centre at SOAS, University of London and generously funded by the Toshiba Foundation.

Saya Sakakibara describes herself as 50% British, 50% Japanese and 100% Australian. Born in Japan, Saya started BMX racing from the age of just 4, following in her big brother's footsteps. Now, aged 22, she's one of the top ranked BMX riders in the world as has her eyes firmly set on Tokyo. Saya talks us through the world of BMX, balancing her identity across her multiple nationalities, and the what life is like trying to qualify for an Olympic games in the middle of a global pandemic. Follow us on TwitterDrop us an email Our Partners The Japan Research Centre Generously funded by the Toshiba Foundation

I'm an athlete, not a patient

Wheelchair fencer Anri Sakurai joins us to talk about her incredible life so far. After surgery gone wrong left her wheelchair bound, she was forced out of her physiotherapy university course. After a chance meeting with a member of the national federation - Anri took us wheelchair fencing. Fast-forward a few years and she's chasing gold at Tokyo, but standing in her way in Bebe Vio, the international superstar and reigning Paralympic champion, made famous through the rising phoenix documentary. To achieve this, Anri moved her life to the UK so she could train with the best coaches and partners.Join us as we talk through navigating disability for the first time, moving your whole life across the world for your sport, and what Anri hopes 2020 can do for Japan's disabled population.

Blind from the age of 2, swimmer Keiichi Kimura is one of Japan's leading Paralympians. Multiple medals across multiple games, the reigning world champion and even the most decorated Japanese athlete in Rio 2016 - but that Paralympic gold medal still eludes him. We talk to Keiichi about why he felt he had to leave Japan, why 5th place is sometimes better than 2nd and what he hopes to achieve in Tokyo 2020. Follow us on Twitter: https://twitter.com/JSStories Drop us and E-mail: JSStoirespod@gmail.com

How to Make a Paralympic Games with Lord Chris Holmes

Tokyo 2020 comes on the back of a Paralympic Games that was almost cancelled due to a lack of funding and poor management. Just 4 years earlier, London has been hailed as a huge success with over double the crowds of the games before it and an enormous rise in public and media backing. Chris Holmes was in charge of Paralympic integration and was a key architect in making London 2012 what it was. We find out just how he made London so successful and what Tokyo has to do to make sure it doesn't lose the huge momentum. Chris has been called Britain’s most successful Paralympic swimmer winning a total of 9 golds, 5 silvers and 1 bronze. His involvement with the Games continued as Director of Paralympic Integration at London 2012 and now as Deputy Chair of Channel 4, as Channel 4 continue a longstanding commitment to Paralympic sport securing the broadcast rights for both Tokyo and Paris 2024. In the House of Lords Chris’s policy areas are digital technology for the public good, employment, education, inclusion and, of course, culture, media and sport.Blog: https://lordchrisholmes.com/ Website: www.chrisholmes.co.uk LinkedIn: https://www.linkedin.com/in/lord-chris-holmes/ 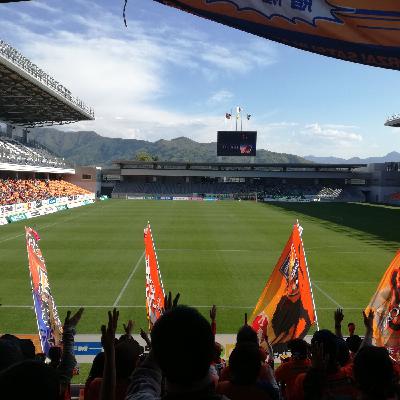 The Surprising World of Japanese Football with Lost in Football Japan

We thought Japanese football (soccer) would be just like football in the UK. But we were so wrong. Chris Hough, who created the wonderful Lost in Football gave us a whirlwind tour of the world of Japanese football. There, we found a real push to develop the women's game, a sense of local ownership of teams that other sports in Japan are missing and the glory that is Japanese team names. Check out Chris' Lost in Football website for more from Chris https://lostinfootballjapan.com/

What captivates millions of Japanese TV viewers to watch 21 university teams run a  210KM course from Tokyo to Hakone every year? Why do people breakdown in tears when they can't hand over their sweaty sash to their team mates? And why doesn't our guest want to ever run the 6th stage of this event? This episode we find out all about the world of Ekiden, a type of long distance road relay event that isn't unique to Japan, but that has certainly captured the national spirit. We talk to Japan Running News' Brett Larner, one of the leading authorities on Japanese running, about the history and significance of this amazing racing.

Smiling all the way to Tokyo with Yui Kamiji

Despite almost retiring after London 2012 - Japan's wheelchair tennis legend, Yui Kamiji, has gone from strength to strength. She's since claimed 10 single's grand slam titles, 16 doubles grand slam titles and an Olympic bronze medal. Whilst her first gold is in her sights, we chatted to Yui about the importance of strong role models, why the covid crisis gave her some unexpected opportunities and how to be a great doubles partner with someone from another culture. 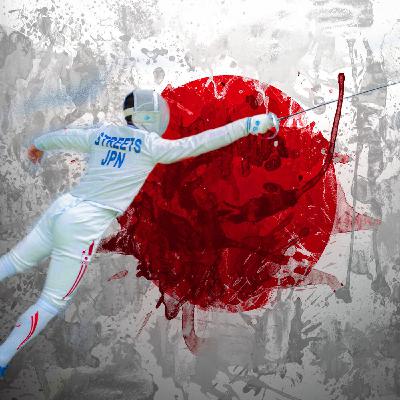 The Way of the Sword with Kaito Streets

Kaito Streets is one of Japan's best sabre fencers, but he used to be one of America's best sabre fencers. In 2016 Kaito made the decision to change from team USA to team Japan and is now agonizingly close to qualifying for Tokyo 2020. In this episode he speaks to us about changing national banners, why fencing isn't a very popular sport, and his own journey to qualifying for the Olympic games in the time of Covid-19. 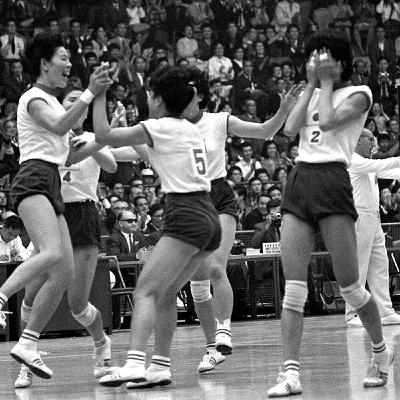 The Oriental Witches are probably the most famous Japanese sports team that you've never heard of. From humble beginnings these women started playing volleyball for their factory team. A few years later, they had a World Championship silver medal and were on an unbeaten European tour. They captured the heart of the Japanese nation in the run up to the 1964 Tokyo Olympics and thee entire country had pinned their hearts on them taking home the Olympic gold and sealing the Olympics that re-introduced Japan to the post-war world.

Fumie Suguri is one of Japan's most successful figure skaters and a legend of the ice. Noel and Mike talk to her about how growing up in Alaska woke her interest in the sport, the people and place that influenced her most during the career, and why her medals were never the most important thing for Fumie in skating. <Follow us on twitter> https://twitter.com/JSStories <Get in touch> jsstoriespod@gmail.com 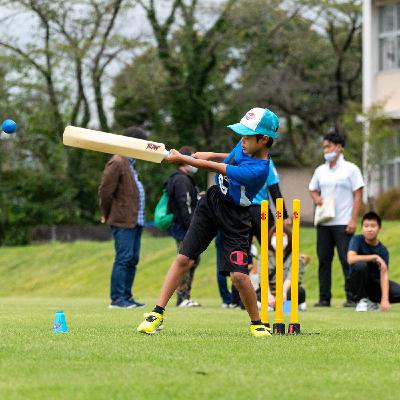 Did you know Japan has a City of Cricket, and that more are starting to pop up. Head of Japan Cricket Association, Alex Miyaji talks us through how Togchigi's Sano City fell in love with Cricket, and how more and more cities are feeling the attraction. 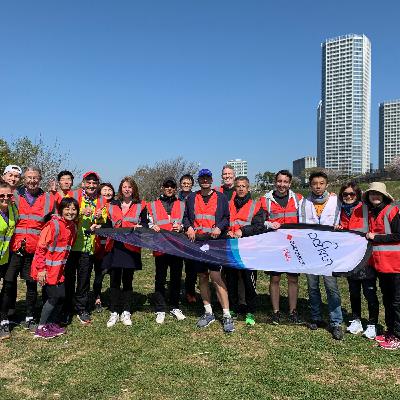 parkrun Japan and the Need for Community with Chiaki Okada

parkrun made its way into Japan in 2019 - we talk to one of the key players in parkrun Japan's foundation, Chiaki Okada and find out about how community sport and the parkrun movement are tackling isolation and creating positive social change in Japan. We also hear about the Hikkikomori and aging issues that Japan is experience and discover how realising the joy of movement is helping to manage these issues., 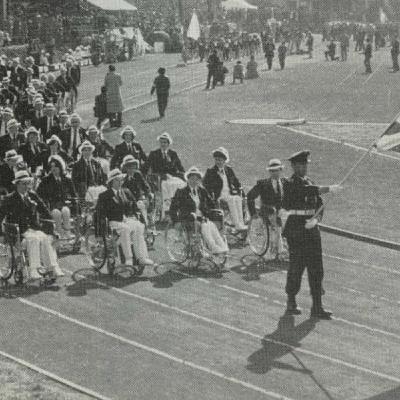 Tokyo and back again - the Paralympic evolution with Caz Walton OBE

Caz won the world's first ever Paralympic track event in Tokyo 1964. 10 gold medals later she is still working for Paralympics GB and an integral part of the Paralympics movement. Join us as she talks about her time at Tokyo, a missing bronze medal, and how far the Paralympics has come between the Tokyos.

John moved to Japan and at age 30 decided to become a sumo wrestler, why not!? Three World Championship appearances later, John has hung up his maswashi and is now the authority on sumo wrestling in Japan today. He's brings with him his overflowing box of stories about life as Ireland's first sumo wrestler 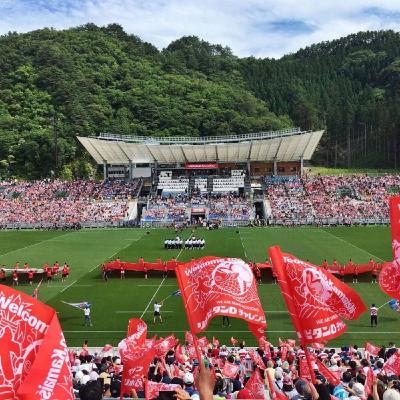 Head of Venues and Cities, Ross Aitken guides us through preparing the host cities and his time living in Japan adapting to the new way of life. We hear all about the amazing story of Kamaishi, a city that went from a devastation in the 2011 tsunami to hosting one of the most exciting rugby games in 2019. We also learn about how to deal with tattooed players, the fear of running out of beer, and the best way to join Tokyo's gay pride parades.
See More
Comments (1)