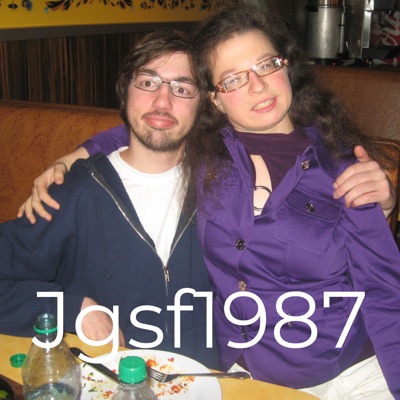 I say what I think.
Я говорю что думаю.
This is the official Podcast of Jgsf1987
4 Episodes
Reverse 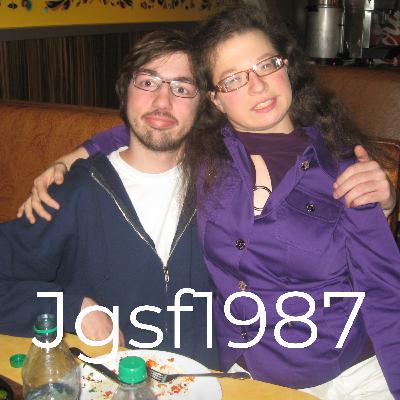 I'm Jgsf1987, a writer, blogger/vlogger and podcaster. To see my latest thought-filled posts go to my blog at: https://www.jgsf1987.com/.  It's no secret that as the election draws near, the race is really beginning to take off against Donald Trump. Even though the polls are swinging in Joe Biden's favor, it still makes me a little leary, though. The reason is simple, polls have been off. I do have one correction to make, however; when I said that the Biden/Harris ticket is losing the support of  Black and Latinx/Hispanic voters under the age of 45, I was mistaken. Apparently, Biden's level of support has grown more solid from those demographic groups than I initially realized, and that was thanks to the outcomes of both the Biden and Trump townhalls on both ABC News and NBC News respectively. That doesn't necessarily mean that the Biden/Harris ticket has this election in the bag as they clearly don't. The fact is that the Trump/Pence ticket has all the resources of the federal government to still wreak havoc on the election, which they're doing right now. Trump has made exceedingly clear that he doesn't intend to give up the presidency if Biden wins big on November 3rd. Not only that he's going to use the fed's resources to find ways of invalidating any of the votes cast against him, especially in the 10 major battleground states: Arizona, Florida, Georgia, Iowa, Michigan, North Carolina, Ohio, Pennsylvania, Texas and Wisconsin; all of whom have Republican-controlled legistlatures who will try to overrule their respective states' popular vote and appoint their own slate of electors, instead. It may be unfair, but it's not unconstitutional as the 12th Amendment does give state legislatures the authority to do so (an authorized power that they haven't exercised since 1876). You can help support this podcast on: Patreon: https://www.patreon.com/jgsf1987 Paypal: https://www.paypal.me/jgsf1987 You can also follow me on: Instagram: https://www.instagram.com/jgsf1987 Facebook: https://www.facebook.com/jgsf1987 Twitter: https://www.twitter.com/jgsf1987 Periscope: https://www.periscope.tv/jgsf1987 YouTube: https://www.youtube.com/user/Jgsf1987BlogOfficial --- This episode is sponsored by · Anchor: The easiest way to make a podcast. https://anchor.fm/app --- Send in a voice message: https://anchor.fm/jgsf1987/message

Donald and Melania Trump's Contraction Of COVID-19 And How It Will Affect The 2020 Presidential Race. Plus An Update About The Smoke Here In California.

I'm Jgsf1987, a writer, blogger/vlogger and podcaster. To see what my latest thoughts are go to my blog at: https://www.jgsf1987.com/.  The President and First Lady having contracted COVID-19 is the new talk in town all over the United States of America. I'm worried about what some of the President's more violent core supporters are planning to do should something happen to him. And hopefully, this is enough to get the nay-sayers to quit arguing that the virus is a hoax, as COVID is no hoax in the slightest. Hopefully the President gets well enough to the point where the Administration doesn't have to invoke the 25th Amendment. Also, some thoughts on the smoke creeping up to me here in California's San Francisco Bay Area. I also alluded to some other worries that the Republicans will attempt to exploit Kamala Harris' record as San Francisco's District Attorney and California's Attorney General to make the Biden/Harris ticket (and the Democratic Party at-large) look like complete hypocrites. You can help to support this podcast on: Patreon: https://www.patreon.com/jgsf1987 Paypal: https://www.paypal.me/jgsf1987 You can also follow me on Social Media here: Instagram: https://www.instagram.com/jgsf1987 Facebook: https://www.facebook.com/jgsf1987 Twitter: https://www.twitter.com/jgsf1987 Periscope: https://www.periscope.tv/jgsf1987 YouTube: https://www.youtube.com/user/Jgsf1987BlogOfficial --- This episode is sponsored by · Anchor: The easiest way to make a podcast. https://anchor.fm/app --- Send in a voice message: https://anchor.fm/jgsf1987/message

My take on how events have been playing out since Ruth Bader Ginsburg's tragic passing on Friday, September 18, 2020. The fact is that the Democrats are pulling no stops this time, which is a good thing, to derail the Republicans' effort to fill her seat before America has a chance to grieve and mourn her. If you have any stories about how she inspired you, put them forward, I'd love to hear them. This was recorded on the night of Saturday, September 19, 2020. Blog: https://www.jgsf1987.com/ Instagram: https://www.instagram.com/jgsf1987 Facebook: https://www.facebook.com/jgsf1987 Twitter: https://www.twitter.com/jgsf1987 Periscope: https://www.periscope.tv/jgsf1987 YouTube: https://www.youtube.com/user/Jgsf1987BlogOfficial --- This episode is sponsored by · Anchor: The easiest way to make a podcast. https://anchor.fm/app --- Send in a voice message: https://anchor.fm/jgsf1987/message

Introduction And Discussion Of 2020 Election Dynamics

An introduction of who I am and my introductory highlights of the dynamics to watch for in the 2020 presidential election. I have a tendency to ramble, I know, and I'm sorry about that. But for the most part, you'll find it easy enough to follow as time goes on. You can follow me on the following sites here: Blog: https://www.jgsf1987.com/ Instagram: https://www.instagram.com/jgsf1987 Facebook: https://www.facebook.com/jgsf1987 Twitter: https://www.twitter.com/jgsf1987 Periscope: https://www.periscope.tv/jgsf1987 YouTube: https://www.youtube.com/user/Jgsf1987BlogOfficial --- This episode is sponsored by · Anchor: The easiest way to make a podcast. https://anchor.fm/app --- Send in a voice message: https://anchor.fm/jgsf1987/message
See More
Comments