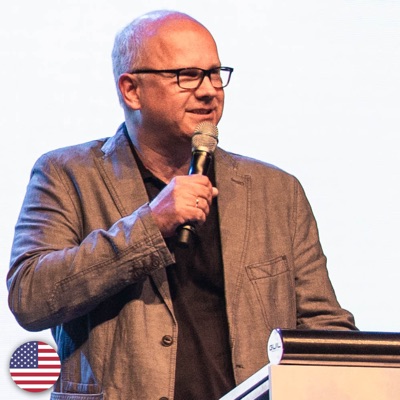 Hello dear Friends, I have just returned from Switzerland, where we had a March of Life Multiplication Day and a Veil of Silence Seminar. Many people from all over Switzerland came to Andermatt, which is located directly in the Gotthard Mountains, the heart of Switzerland. It was a privilege to be there. We believe that Marches of Life will take place in every canton of Switzerland! Did you know that I have written an article on the topic "How We Can Pray for Israel Now"? You can find it here https://jobstbittner.com/en/blog/ See you next time!

Hello dear Friends, each year, the Simon Wiesenthal Center publishes a list of the worst antisemitic and anti-Israel incidents. Currently the German UN Ambassador Christoph Heusgen is a potential candidate for this list. I will tell you why in today's Weekly Update! This was precisely the topic of a petition we presented to the German Chancellor this year, titled UN RESOLUTIONS AGAINST ISRAEL - NOT WITH MY VOTE! See you next time! This is the link to the petition: www.marchoflife.org/petition

WEEKLY UPDATE #65 - Israel -and what we experienced here

Hello dear Friends, greetings from Rosh Pina in Israel! With me is Lesly Jimenez, who has been welcoming Holocaust survivors to the March of Life House in Caesarea for 4 years now, or is visiting them at home. She is also facilitating encounters between Israeli students and German youths. In my Weekly Update she talks about her ministry and how she deals with the tensions as we also experienced here live this week. See you again next time! www.marchofthenations.com #marchofthenations #marchoflife

Dear Friends, Israel has been in an exceptional political situation for many months now. President Reuven Rivlin currently sees the State of Israel in great trouble. It is an emergency for Israeli security and society. Next week, we will be in Israel to prepare the March of the Nations 2020, to meet with friends and to spend time in prayer. The March of the Nations in Israel will take place on May 14, 2020. We will be in 6 cities and expect 500 international and 500 Israeli participants. Next week,  you will hear more about it straight from Israel. Set you again next time!

Hello dear Friends, Best regards from Halle. Behind me you can see the synagogue that was attacked three weeks ago. Today we had a March of Life here with the theme of "Halle Concerns Us All" with 500 participants. A young Iranian man got up on the stage to share that in Iran he was taught to hate Israel. But through the March of Life he learned the truth about Israel, and now he raises his voice against antisemitism, very practically in everyday life. Behind me you can see the door of the synagogue that still shows the bullet holes. It bears witness to God's protection, as Max Privorotzky (president of the Jewish community in Halle) also mentioned in his address. For further details, the time in Kaliningrad and Kiev, watch today's Weekly Update. See you again next time.

Hello dear Friends, This weekend I am at a March of Life conference in Kaliningrad. Until 1945, this city was called "Königsberg" (part of East Prussia). East Prussia was a stronghold of the NSDAP. In 1944, this city was almost completely destroyed by bombs. After the surrender, tens of thousands were killed by hunger, epidemics and deportations. Jewish life was completely destroyed, synagogues were set on fire, and of the 3200 Jews only 60 Jewish families were still alive there after the Second World War. Together with the Germans, they were expelled by the Soviets in 1948. Today the city is called a city of reconciliation. How special that the first first March of Life in Russia will take place here! After the conference, we will go to Kiev, where we will also have a March of Life Conference together with churches and congregations of the Ukraine - they are convinced the Ukraine will not change without working through its own history. You can find all information about this, and about the March of Life in Halle on Nov 3 on my Facebook and Instagram page as well as on www.marchoflife.org! See you next time! 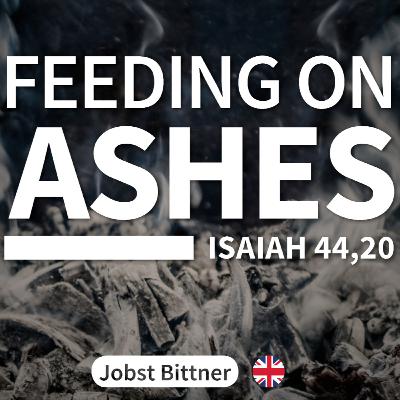 Hello dear Friends, Today in my Weekly Update I am looking at the antisemitic attack in Halle and I am talking about how important it is to keep standing with our Jewish friends in future. We as March of Life will organize a public remembrance event on November 3 together with the president of the Jewish community, Max Privorozki, and we warmly invite you to join us! And also we do have the official date for the March of the Nations in Israel for 2020 - watch my Weekly Update to find out! Links: www.marchoflife.org  //  www.marchofthenations.com

Hello dear Friends, best regards from Switzerland! On Wednesday, the day of Yom Kippur, there was an attempted attack on the synagogue in Halle (Germany). This shows a new level of violence and antisemitism. I wonder what is going to happen now? How can we give the right answers? In the last Weekly Update I mentioned that the breeding ground of antisemitism is right in the center of society: we have been carrying this antisemitism within us for generations. We must speak about it and overcome this indifference. We must raise our voices every day! A good week to all of you and see you again next time!

Welcome to the 59th edition  of the Weekly Update, in which I speak about aggressive antisemitism in Germany, the report about the March of Life in the "Jerusalem Post" and Yom Kippur. The Hebrew greeting for Yom Kippur גמר חתימה טובה (gmar chatima tova), in English "May your inscription (in the Book of Life) be well completed". All the best - until next time! P.S. My Weekly Update is the best way to get background information on March of Life and my ministry. In the future it will be translated into Spanish and Polish as well as English. It would be great if you could share it with other friends. You can also get the most important information and pictures from my Instagram page and you can listen to my messages on YouTube or as podcasts. 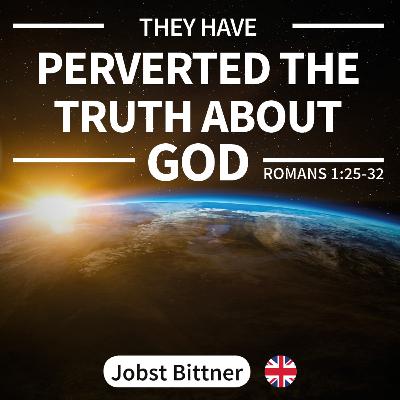 This message is a continuation of last week's message: "A Firm Hold in Insecure Times"! What happens when instead of worshiping God the Creator, we worship creation itself? All who loose their firm hold in the living God and His Word are seriously at risk of being captured by the fears and ideologies of our time. Bible passage: Romans 1:25-32 Message dated September 29, 2019 🇩🇪 diese Predigt auf Deutsch findest du hier: 🇺🇸 watch this message in English here: http://tiny.cc/JBmessage

Hello dear friends,  After the summer break we are back again with the Weekly Update - welcome!  In Gdańsk (Poland) we had a strong march of life with almost 1.000 participants. Worldwide we have 70 marches this year and everywhere the doors are still opening: in London, Kaliningrad, in the Caribbean, etc. In the near future there will also be national and international silent seminars.   If you are interested in conducting a March of Life or a Ceiling of Silence seminar, please contact us!  I wish you a blessed week! 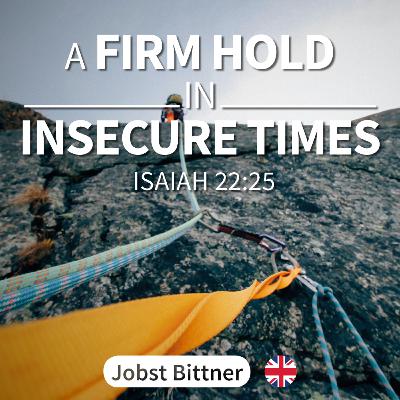 The negative headlines keep building: World climate disaster, War in the Middle East, economic decline, Brexit. Nothing seems to be like it was any more. What can we hold on to, what will carry us - and where is the chance for the Church to be salt and light at this time? Bible passage: Isaiah 22:25 Message dated September 22, 2019 🇩🇪 diese Predigt auf Deutsch findest du hier: 🇺🇸 watch this message in English here: http://tiny.cc/JBmessage 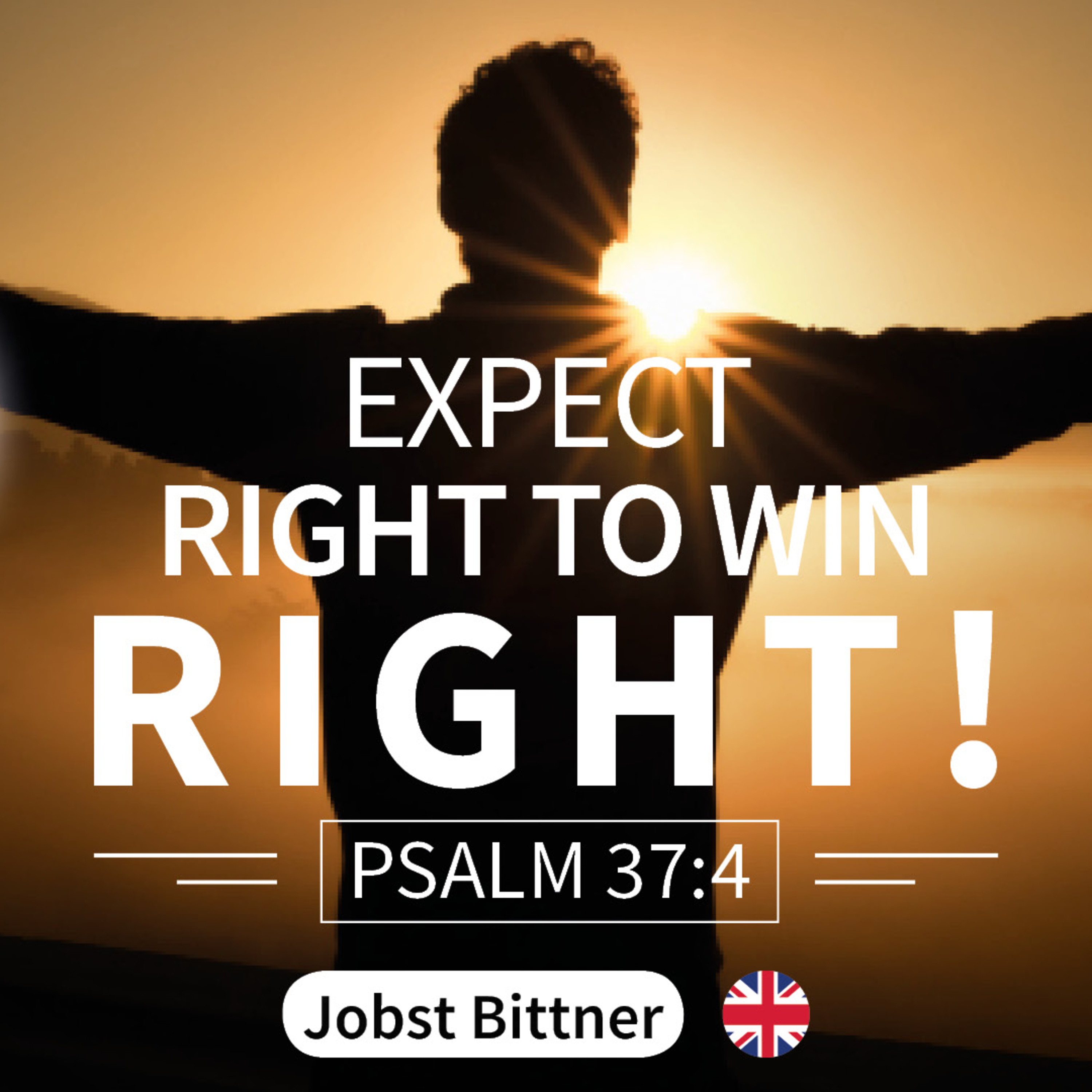 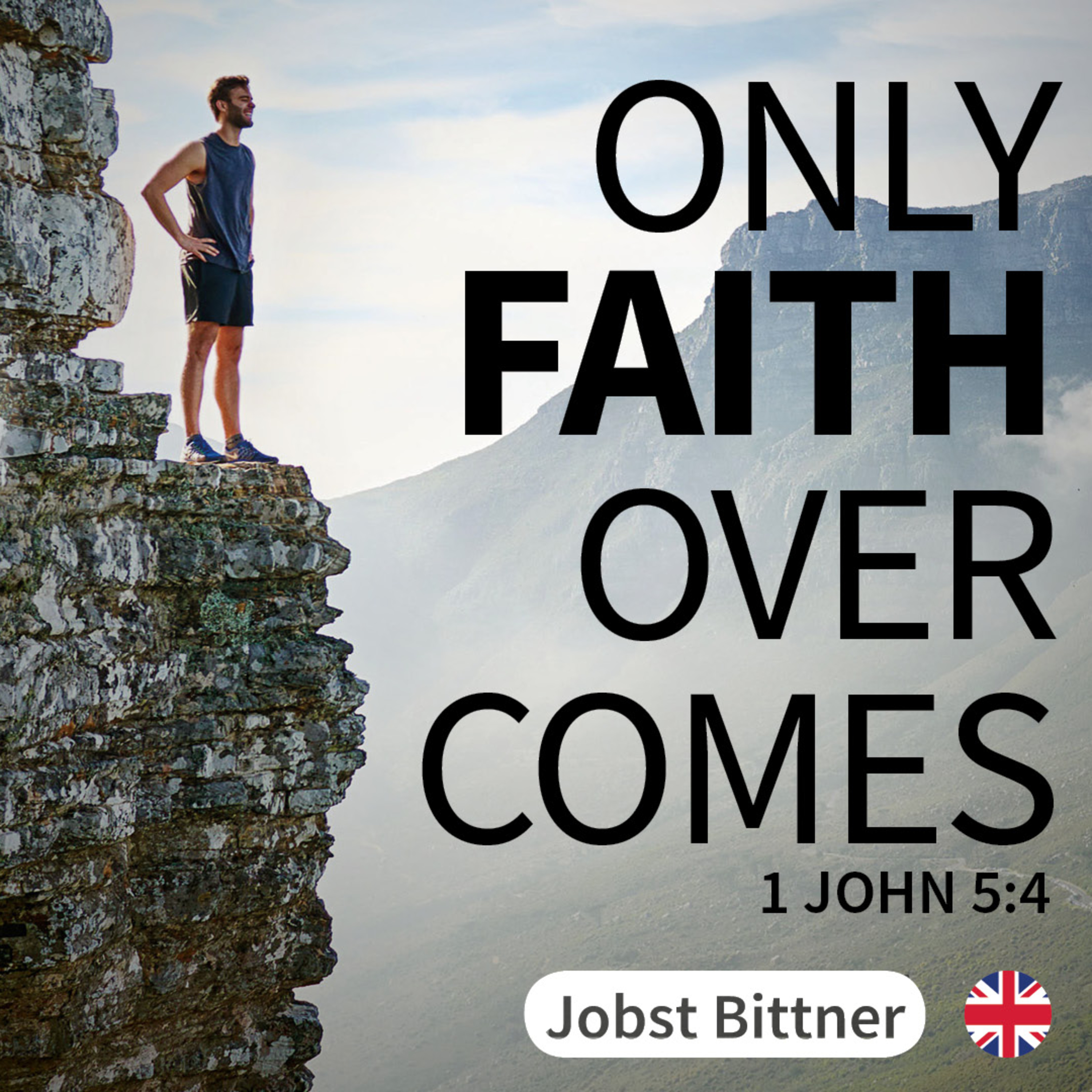 There’s a key to realize your dreams and reaching God’s goals. Faith is the “the currency of heaven”. The more you invest, the greater is your spiritual authority! The one who doesn’t want to stay in a spiritual desert of anxiety and fear should learn how to grow in faith. Bible passage: 1. John 5:4 Message dated August 18, 2019 diese Predigt auf Deutsch findest du hier:  https://youtu.be/hvjJqNdsIFU watch this message in English here: http://tiny.cc/JBmessage

Dear friends,   Today we speak with March of Life Director Heinz Reuss about the beginnings of March of Life and how he was involved in this process, as well as his personal family’s history. We’ll also speak about the special significance of the Polish – German Friendship Conference and the March of Life in Gdansk, which take place in two weeks time! (You can still sign up on www.maschdeslebens.org)   We’ll take a four-week break from our Weekly Updates and look forward to the next Update in September!

WEEKLY UPDATE #56 - How fragile and important is the reconciliation between Poles and Germans?

Hello dear Friends, the newspaper "Die Zeit", one of the largest weekly papers in Germany, writes about reconciliation between Poles and Germans: "This reconciliation is very fragile. No one in Germany can be surprised to learn that the outrageous crimes committed by Germans are still causing tremendous pain for many Poles. Almost 6 million Poles lost their lives during the German occupation. (...) ". Today we talk again with studio guest Kasia Martinovic about the topic of reconciliation, how to achieve it and what it stirs within us. From August 30 to September 1, 2019 a Polish-German Friendship Conference will take place in Gdansk, Poland. Register now at www.marchoflife.org/ http://fundacjapojednanie.com/! 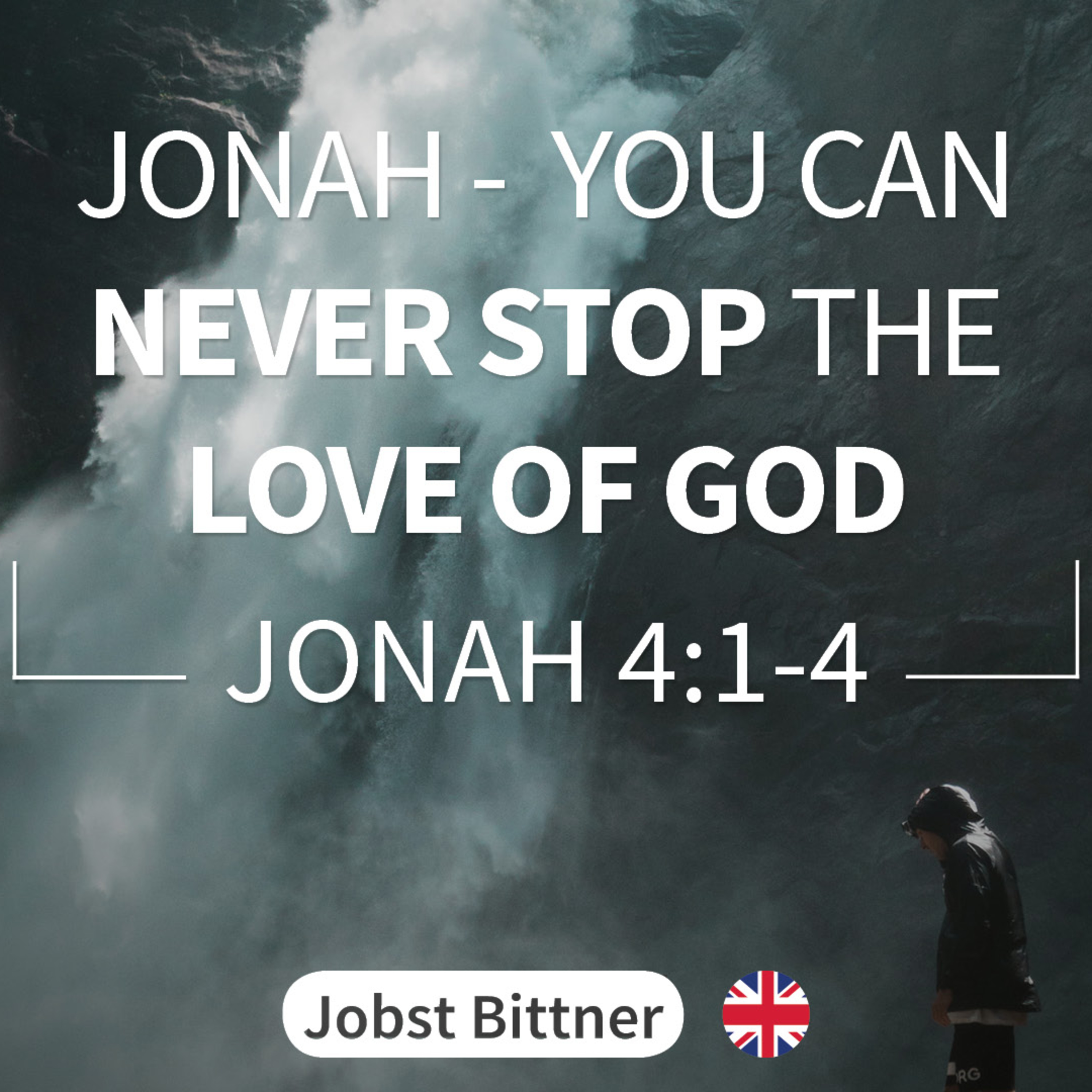 Jobst’s Weekly updates #55 Hello dear Friends,  last week there were many critical media reports in Poland. The media claimed that we were playing down the truth of history and planning to dance on the graves of the dead with the March of Life in Gdańsk, celebrating the invasion of Poland. These accusations are false: Marches of Life have been taking place in Poland since 2012 - with the request for forgiveness by descendants of Wehrmacht soldiers, resulting in reconciliation and friendship. We are looking forward to the Polish-German Reconciliation Conference in Gdańsk from August 30 - September 1, 2019! You are invited - register now!  Until next time, I am looking forward to seeing you! Links: TVP: https://www.tvp.info/8334835/kaci-i-ofiary-marsz-zycia-droga-do-pojednania https://www.facebook.com/events/607822849690012/ www.facebook.com/marchoflife/ https://www.facebook.com/FundacjaPojednanie/ https://www.marschdeslebens.org 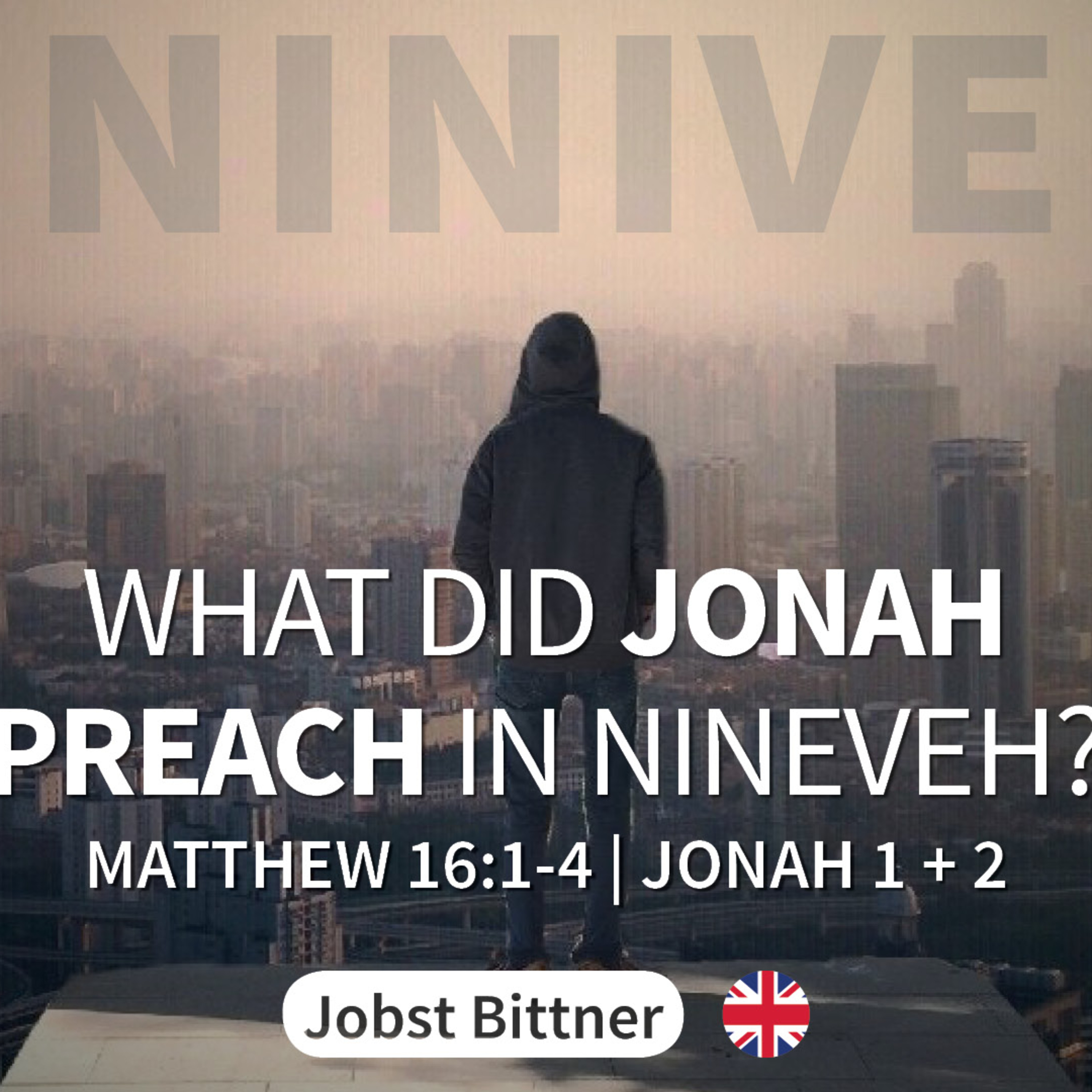 In Germany, hundreds of thousands of people are leaving the church. Teenagers who are running away from God belong to the new generation of the present time. Jonahs story is a call to all those people who are on the run from God and his purpose for their lives. Bible passage: Mathew 16:1-4 & Jonah 1+2 Message dated July 28, 2019
See More
Comments