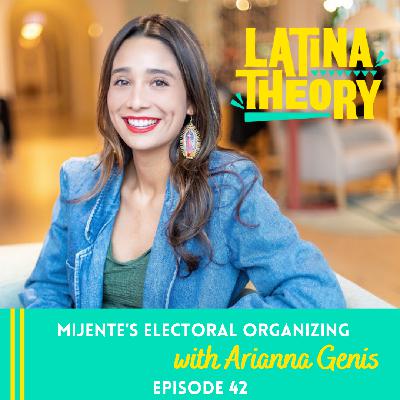 We kick off our 2021 winter season with a reflection on the presidential election, inauguration, and Latina/o/x political power. We talk with Latina Theory co-founder, Arianna Genis, about her recent accomplishments as well as celebrate Latina Theory's birthday (5 years!). Arianna Genis is a xicana organizer, political campaigner, digital strategist, and storyteller. She’s led and won local candidate campaigns in Minnesota. In 2020, she dedicated her time to building the political power of the Latinxs with Mijente, leading efforts in the battleground state of North Carolina as part of a Fuera Trump, a successful nationwide campaign dedicated to mobilizing the Latinx vote to get Trump out, and most recently, jumped into the Georgia runoff election to help win back the Senate.** We do not own the rights to this music, but have permission from artists ** 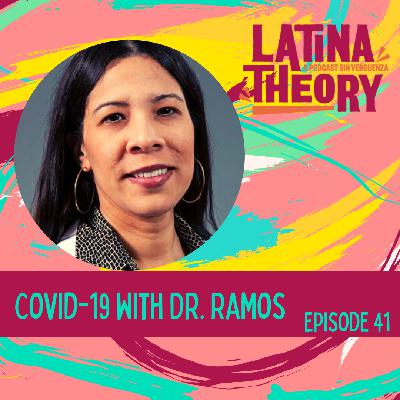 In this episode we talk with Dr. Ramos who has been on the frontlines working against COIVD-19 in New York City. Dr. Ramos is a bilingual invasive cardiologist and assistant professor at Columbia Presbyterian Medical Center with an interest and emphasis on preventive cardiology. Dr. Ramos is both a cardiologist and a nutritionist and has also been a spokesperson for heart healthy lifestyles.  She founded a Bronx WomenHeart support group for women of color who are survivors of heart disease. Her clinical focus has been in the under-served community of Inwood and Washington Heights since 2011. Her research interests have been in decreasing health disparities in women’s cardiovascular health through cross discipline collaborations. 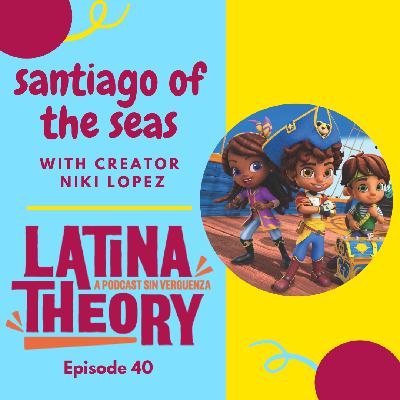 40: Santiago of the Seas with Creator Niki Lopez

This episode we had the pleasure of interviewing Niki López creator and co-executive producer of Nickelodeon’s new animated preschool series, Santiago of the Seas. Infused with a Spanish-language and Latino-Caribbean culture curriculum, the action-adventure series follows 8-year-old Santiago Montes, a brave and kind-hearted pirate, as he embarks on daring rescues, searches for treasures and keeps the high seas safe from villains like the nefarious pirate Bonnie Bones in a fantastical Caribbean world.Latinx viewers grew triple digits and accounted for well over a third of the overall K 2-5 viewership. Finally, more than 40% of the premiere’s audience were brand-new preschool viewers to Nickelodeon. Inspiration for the series, which features Spanish-language instruction and  highlights Latin-Caribbean cultures: Puerto Rico, Cuba, Dominican Republic, and more! Playlist:"Salomé"-Chayanne"Calle Luna Calle Sol" - Willie Colón & Héctor Lavoe  WE DON'T OWN THE RIGHTS TO THIS MUSIC* 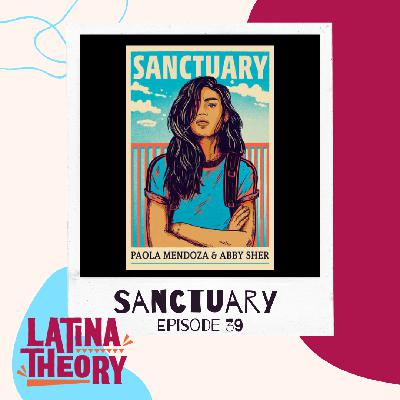 On October 21st Latina Theory had the pleasure of interviewing authors Paola Mendoza and Abby Sher about their new book Sanctuary as part of a series of speakers for International Festival of Arts & Ideas. 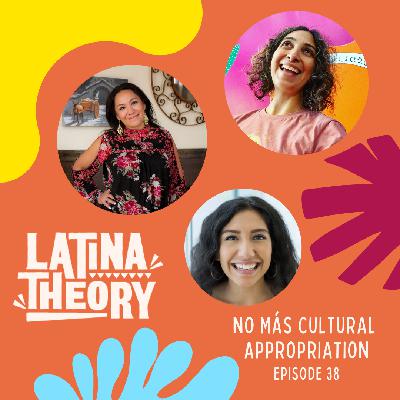 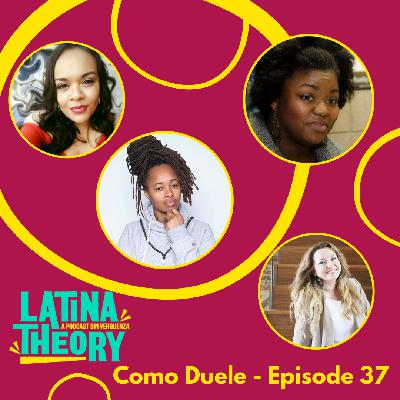 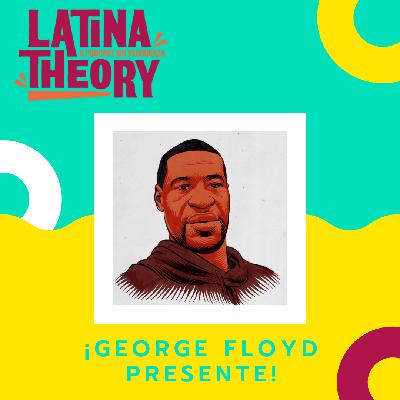 36: Latina Theory IN MEMORY OF George Floyd and in Solidarity with our Twin Cities 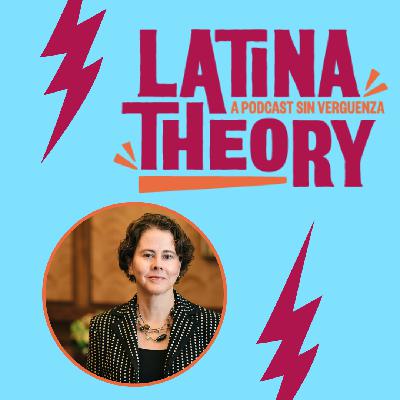 Latina Theory Episode 35 Hosts Maria Isa and Jessica Lopez Lyman interview Cecilia Muñoz, a political advisor who served eight years on President Obama's senior staff, first as Director of Intergovernmental Affairs, then as director of the Domestic Policy Council. She is currently the Vice President for Public Interest Technology and Local Initiatives at New America. Her latest book More than Ready : Be Strong and Be You...and Other Lessons for Women of Color on the Rise is out now! Our second half of the episode we highlight the Alec Smith Insulin Affordability Act being signed into Minnesota law this passed week by Governor Tim Walz becoming the first Insulin Affordability Act signed in the nation. Jessica highlights some great LatinX series to check out while being quarantined and our playlist continues to keep the vibe. Playlist: Las Cafeteras- "I'm not your puppet"Tribe Called Quest - "Oh My God"Chicano Batman - "Pink Elephant" 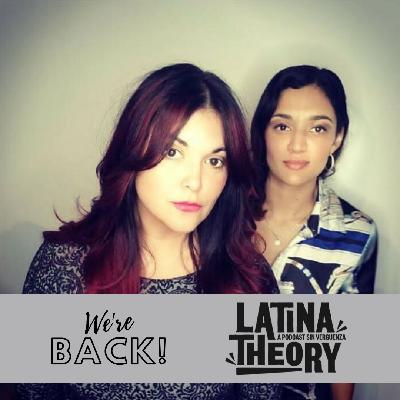 Latina Theory kicks off a new season for the new decade with Maria Isa introducing new host Jessica Lopez Lyman jumping into Latinx news, guerreras of the episode, curandera remedies and more! For more information on how to support earthquake relief in Puerto Rico visit https://elfondoboricua.org/. 32: Why Are Latinxs Converting to Islam?

Nuestra gente, **Latinxs are one of the fastest growing groups within Islam in the US — nearly 250,000 Latinxs Muslims are part of the our community and it’s growing.** We had no idea until now, and we want to know, why? Join us as we explore the answer to this question with **Lara Fernandez**, producer of VICE’s Minority Reports latest episode called, Why are Latinos Converting to Islam? We also talk to **Diana Cruz**, a xingona and a Latina Muslim. Tune in for a great conversación and playlist featuring: * “We the People” - A Tribe Called Quest * “Di Mi Nombre” - Rosalía  * "Hijabi (Wrap My Hijab)”- Mona Haydar  * "Didn’t Cha Know” - Erykah Badu  * "Chiquitita”(Spanish) - ABBA  * “Good Lord” - Brother Ali Make sure to watch VICE Minority Report’s documentary, Why are Latinos Converting to Islam: https://www.youtube.com/watch?v=qOdu-lXCPFI **Lara Fernandez** is an Emmy award-winning producer with field experience in the US, Europe and Latin America. Born and raised in Spain, she majored in Broadcast Journalism and then spent several years with Univision's environmental unit. She is currently a long-form producer with VICE digital, where her work focuses on social justice issues. **Diana Cruz** is a Chicagoan and a Mexican/Puerto Rican. After converting to Islam in 1999, she realized there was a need for Spanish speaking/Latino engagement work in the Muslim community. She’s been leading work across communities ever since, including mentoring her Latina Muslim sisters. Diana’s educational background is in Healthcare Management, Business Administration and Psychology. She lives in the Western Suburbs with her two children. Join us as we bring in 2019 with xingonaness and a refreshed approach to the stories we share with you and in our work. We talk about the excitement and complexities of Hamilton opening up in Puerto Rico with Lin Manuel Miranda performing (OMG), the Government shut down, the brilliance of Roma and it's politics. We delve deep into the Corpus Christi Student Massacre of 1971 depicted in the film. We also talk Bad Bunny's new album and love on our guerreras of el momento -- Alexandria Ocasio-Cortez y Roma's star, Yalitza Aparico Martinez. Tune in! Join our special conversation with Estafanía Navarro Hernandez, a queer Xicana organizer with DACA status who's also a part of Unidos MN, a Latinx based organization that builds power for gender, racial and economic justice. Estefania shares her story with us as a muxer who's fiercely organizing to protect and expand the rights of all immigrants. We also talk about the importance of the Latinx vote, pro-immigrant and pro-refugee values, self-care, favorite hot sauces y mas! #sinverguenza Final plug in: We want you to vote on November 6th. Midterm elections are crucial! Playlist: Mile High - Raquel Rodriguez Senor Presidente, Las Cafeteras Mia, Bad Bunny featuring Drake Yo Quiero Bailar, Ivy Queen Luchin, Ana Tijoux We dedicate this episode to the xingonaness, bravery, and resilience of all muxeres who're survivors, who've spoken their truth, held their truth, or stood in truth with others these past few weeks as the movement of **#metoo grows to become #wetoo**. **Join us as we discuss the dignities of Dr. Anita Hill and Dr. Ford**. Estas muxeronas who spoke their truth have forever changed the landscape of this long war against patriarchy and rape, regardless of the reality that both of the men they accused in different points in our history, Clarence Thomas and now Brett Kavanaugh, sit on the Supreme Court. We ain't gonna despair. Our culture is changing and we - with our brilliance and resilience - are still here. We got us. We'll talk self-care in these moments #curanderaremedies, vibe to a kick-ass playlist of up and coming Latinx artists, and get real about need for white women to step up their game cause white feminism ain't doing anyone any favors. Únete a nuestra conversación! **Playlist:** * Mama Lola by **Jesse Baez** - Odio by **Ile** , Las Caras Lindas de Mi Gente Negra by **Flor de Tolache**, Brujeria by **El Gran Combo**, **Esta Rico** by Will Smith and Marc Anthony featuring Bad Bunny **Latina Theory** hosted a special episode at Irene Fernando's **Hype Crew Concert** celebrating WOCI in politics in Minnesota.   Tune into our conversations with these four incredible leaders: * **[Irene Fernando](https://www.voteirene.com/),** Hennepin County Commissioner, District 2 * **[Rep. Erin Maye Quade](https://murphyformn.com/)**, joined Erin Murphy and ran as LT Governor in 2018 race * **[Angela Conley,](https://www.voteconley.com/) H**ennepin County Commissioner, District 2 * **[Rep. Ilhan Omar](https://www.ilhanomar.com/)**, Congresswoman, CD5 Get a behind the scenes conversation with each powerful WOC elected officials on the campaign trail; hear the stories of how they got involved in politics and why.  Each of these muxeres is running to make a difference and to show that women of color can and will continue to be a force to be reckoned with.  **Episode Playlist** Ain’t No Mountain High Enough- Marvin Gaye and Tammi Terrell Electric Lady- Janell Monáe Family Feud - Jay-Z Feat. Beyoncé Waving’ Flag- K’naan Django Jane - Janelle Monáe 27: Impacts of the Zero Tolerance Policy and Family Separation at US border Tune in and get our take on the latest on DACA and a potential second government shut down. Get update on how to take action to support our undocumented community. From there, get our take on the "Residente" documentary. Then, get a snap shot analysis on MN politics - shout out to all the muxeres of color running for office - all while listening to a kick-ass playlist put together by the one and only Maria Isa. Playlist: * “San Dunga” -PJ SIN SUELA * “I’d Die Without You” P.M. DAWN * “Havana” Camila Capello feat. Daddy Yankee * “Milo” -Residente * “Machika” -J. Balvin feat. Jeon and Annita 23: Lin-Manuel's "In the Heights" hits the ORDWAY!

Lin-Manuel Miranda’s four-time Tony Award-winning musical "In The Heights" will hit St. Paul Sept. 12-24th featuring Latino actors from the Twin Cities presented by the Ordway and Teatro Del Pueblo. Latina Theory shares our favorite songs and talks with The Ordway's Shelly Quiola and Tony Jilek, along with community leader Elsa Vega-Perez about the LatinX outreach and development at the Ordway in collaboration Teatro Del Pueblo. For more information and tickets: https://ordway.org/event/in-the-heights/ Episode 23 Playlist: In The Heights Champagne Carnival Del Barrio 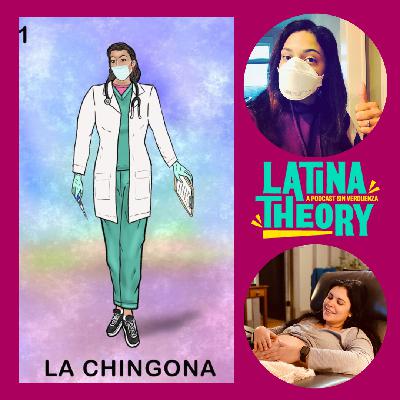 what is your intro music love it.

this .message is the best.. listened to it once and realized what I need to do... thanks for the message.