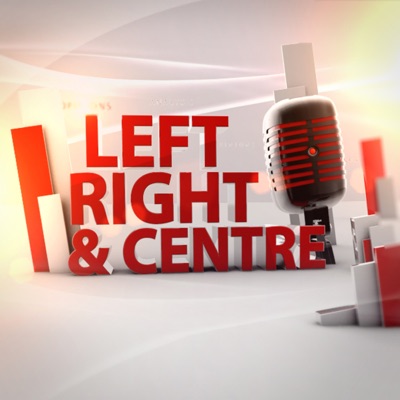 The day's biggest news dissected by the day's newsmakers. Diverse opinions from across the political spectrum. The show that makes you decide, are you the Left, Right or the Centre?
1846 Episodes
Reverse

Top production house executives are in the net of the drug probe agency NCB. Tonight, on Left Right and Centre, we debate, is the drugs probe in the Sushant Rajput Case heading somewhere or directionless?

Farm Bills Protest In The Heart Of Delhi

The youth wing of Punjab Congress set a tractor on fire near India Gate in Delhi this morning during the farm bills protest. They also live-streamed the protest on its official Facebook page. NDTV spoke to the president of the Punjab Youth Congress, Brinder Dhillon.

BJP MP Tejasvi Surya has whipped up a storm with his "Bengaluru a terror hub" remark. The Congress has demanded his ouster from the BJP. Is Tejasvi Surya right or wrong? We discuss on Left, Right and Centre tonight.

The government and the Deputy Chairman of Rajya Sabha justified passing the farm bills in Rajya Sabha through voice vote on September 20, stating that the opposition members weren't in their seats when they asked for the division of votes. However, the Rajya Sabha footage reviewed by NDTV shows otherwise.

Mobile phones of actors Deepika Padukone, Sara Ali Khan and Rakul Preet Singh have been seized by the Narcotics Control Bureau in its widening probe into allegations of widespread drug abuse in Bollywood triggered by the death of Sushant Singh Rajput. The anti-drug agency also questioned the Bollywood A-listers for hours. However, with no recovery of drugs, some have asked what is really the case and what exactly is the Narcotics Control Bureau probing?

Joining The Dots In The Bollywood Drugs Probe

Deepika Padukone and Sara Ali Khan flew back to Mumbai today, a day after they were summoned in a drug probe related to the Sushant Singh Rajput death investigation. Meanwhile, the bail plea of Rhea Chakraborty and her brother gets deferred again.

Leaked WhatsApp Chats In Drugs Probe: Does Your Phone Make You Vulnerable?

Is privacy on mobile phone a myth? WhatsApp claims the messages are encrypted end-to-end and even WhatsApp can't access them. But what is the reality, we find out. This question might come to your mind after seeing the news stories that the Narcotics Control Bureau (NCB) summoned Deepika Padukone and other actors in the drug probe related to the Sushant Singh Rajput death investigation based on WhatsApp chats. The chats were sourced from the mobile phone of talent manager Jaya Saha. But how are those chats retrieved from the phone? Many believe that it all happened using mobile phone cloning. This isn't a new technique as it has existed for years.

Is India-China Clash Possible? "Probability Low, But Not Zero," Says Ex-Envoy To NDTV

Talks between India and China to restore the status quo ante - meaning getting soldiers of the People's Liberation Army to move back from the places where they intruded - at the Line of Actual Control have remained inconclusive, sources have said. Speaking to NDTV, former Indian ambassador to China Gautam Bambawale said that the Chinese are "not showing any inclination whatsoever to disengage or to deescalate". On being asked whether he foresees a military clash, Mr Bambawale said, "We cannot write it off entirely. We must be prepared for the worst, and I think our planners and our armed authorities, our armed forces, our government, and our people should also be ready for this kind of possibility in the coming weeks and in the coming months. I would say that the probability is low, but it is not zero."

Bihar police chief Gupteshwar Pandey, after quitting service last evening, said today that his decision had nothing to do with the Sushant Singh Rajput case, which has become a huge political talking point ahead of the state's election just weeks away. Meanwhile, the state government has decided to do away with his cooling off period. On Left, Right and Centre, is the Bihar top cop who defended the Chief Minster and reminded Rhea Chakraborty of her 'aukat' all set to become a politician?

The opposition has boycotted parliament, walking out of the Lok Sabha hours after a similar move in the Rajya Sabha, in protest over the controversial farm bills until three key demands, as well as a "request" to revoke the suspension of eight members, are met. On Left, Right and Centre, we speak with Trinamool Congress MP Kakoli Ghosh Dastidar and BJP's Manoj Rajoria on the ruckus that took place in the parliament.

To Have Division A Constitutional Right: Sachin Pilot On Opposition's Stir

A number of opposition parties led by the Congress walked out of Lok Sabha and Rajya Sabha today, demanding that the suspension of eight MPs be revoked. On Left, Right and Centre, we speak to Congress' Sachin Pilot on what the demands of the opposition are and whether this issue will be resolved in the near future.

NCP MP Praful Patel On Whether Sharad Pawar Is Being Targetted

Nationalist Congress Party chief Sharad Pawar today announced a one-day fast to express solidarity with eight Rajya Sabha members' suspended over chaos during a vote on the controversial farm bills. We speak to NCP MP Praful Patel on whether Sharad Pawar is being targetted along with Maharashtra Chief Minister Uddhav Thackeray and others.

A day after unprecedented chaos in the Rajya Sabha where the farm bills were passed by a voice vote, 8 Rajya Sabha MPs have been suspended by Chairperson Venkaiah Naidu. The call by the opposition for a non-confidence motion against the Deputy Chairperson has been rejected. Opposition leaders, who have now appealed to the President, have said the government rammed legislation down their throats. Prime Minister Narendra Modi says it was his goal to give farmers the freedom that they deserved.

In a move that will redefine gender equality in the Indian Navy, Sub Lieutenant Kumudini Tyagi and Sub Lieutenant Riti Singh will be the first women officers who will be deployed on Navy warships as part of the ship's crew. Though the Indian Navy does employ several women officers in its ranks, women have, thus far, not been embarked on warships for lengthy durations due to a host of reasons - including the lack of privacy in crew quarters and the availability of gender-specific bathroom facilities. That is set to now change with the two young officers who are training to operate a host of sensors onboard Navy multi-role helicopters, including sonar consoles and Intelligence, Surveillance and Reconnaissance (ISR) payloads.

On Left, Right & Centre: There was unprecedented chaos in the Rajya Sabha. The farm bills are through, but under very controversial circumstances. On the show, we debate not just the farm bills but also how they were passed.

Will There Be More Accurate Covid Tests?

On Left, Right & Centre: With Covid numbers soaring, the need for a new, accurate system of testing has never been more needed. Now, the Tatas along with CSIR-IGIB have come up with the world's first diagnostic test to deploy a specially adapted protein to successfully detect the virus.

On Left, Right & Centre: "Every single member of Rajya Sabha should hang their heads in shame for what transpired in parliament, wherever we sit. It is a shame for our democracy that we conducted ourselves in this manner", Akali Dal MP Naresh Gujral tells NDTV

On Left, Right & Centre: "This bill is in favour of farmers- it was awaited by the country and crores of farmers were waiting for this", Union Agriculture Minister Narendra Singh Tomar tells NDTV.

Intensive care beds in private COVID-19 hospitals in Delhi are fast running out as a result of the second surge in cases. What is being done to supplement capacity? Left, Right and Centre discusses.
See More
Comments (4)

Congress done surgical strikes also did the War thing in Srilanka only to lose heck biggest controversy is why the hell Congress uses the title Gandhi when they ain't Gandhi . The whole bloody population in the danm country is going to hell if it thinks it will get personal spending in their pockets from any government that steps up.

Anti-BJP :(. I have always noticed how the whole conversation leads to not prove the important point , also not to question both NDA and UPA government but defend UPA and attack on NDA government. Lot of people needs to listen to unbiased conversations.

I use to listen to this podcast but I stopped because it is completely biased . it's Anti-BJP. I am not saying you or anyone needs to patronize BJP. But the anchor herself is so much biased towards the facts that she everytime focuses on trying to make a point how BJP is completely wrong