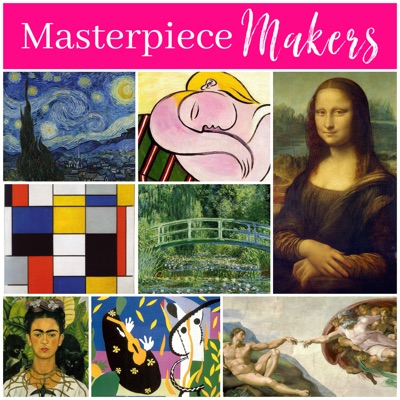 Art History doesn't have to be dull and boring! Let your kids and teens learn about the different art eras and get to "know" some of the famous artists, by joining veteran homeschool mom and artist, Alisha Gratehouse, and her daughter, Olivia, on a FUN, artsy tour across the centuries as we peek into the lives of some of the most creative minds of all time!

Perfect for homeschool morning time, car-schooling or as a complement to your in-depth art study.
11 Episodes
Reverse 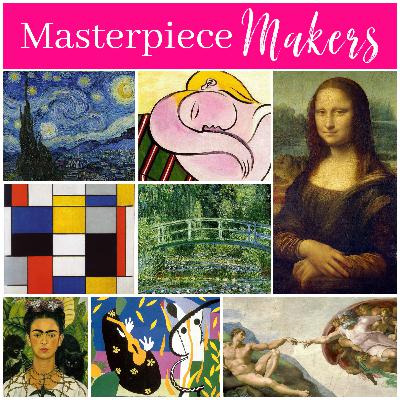 In the 1770s, a London engraver remarked, "The whole world is Angelicamad," about a Swiss artist. This was a woman who followed her passion and was so good at what she did that she practically became a celebrity in her day. She was a woman in a man's world, but she didn't let that stop her from following her dreams and fulfilling them. In this episode, we're going to talk about Angelica Kauffman, and one of her most famous paintings, Cornelia, Mother of the Gracci.

Referred to as a "political chameleon," he painted whatever the man in power at the time wanted. Whether it was in the frivolous Rococo style for Louis XVI, propaganda for the French Revolution, or commissioned portraits for the self-appointed Emperor of France, Napoleon Bonaparte, he didn't care as long as he kept his head! In this episode, we'll talk about Jacques-Louis David, the most famous artist of the Neoclassical period, as well as one of his most famous works, The Emperor Napoleon in His Study at the Tuileries.

He was a painter during the Rococo period, and one of the most decadent eras in history – the reign of Louis XVI and his wife, Marie Antoinette.  His paintings exuded the beauty, playfulness, frivolity and wealth of the French Aristocracy. But this era would come to an abrupt end. In this episode, we will talk about Jean-Honoré Fragonard, and one of his most famous works, Young Girl Reading.

In her lifetime, she painted 200 landscapes and 660 portraits. In fact, Élisabeth Louise Vigée Le Brun was considered one of the most prominent French portrait painters of the late 18th century. She quickly found favor, friendship, and loyal support in one of the most controversial figures in history: Marie Antoinette, Queen of France. In this episode, we'll discuss one of her most famous portraits, Marie Antoinette with a Rose.

Although today he is known as the "Master of Light," Johannes Vermeer is also referred to as the "Sphinx of Delft" because there is so little we truly know about him. In fact, he and his paintings remained in relative obscurity for almost 200 years until an art critic discovered his works in 1866. In this episode, we'll learn a bit about Johannes (or Jan) Vermeer. We'll also discuss his most famous work, the Girl with a Pearl Earring.

When you really love yourself and you think you're incredibly beautiful, why not paint yourself over and over and over? That's  exactly what Rembrandt did. In fact, he painted almost 100 self-portraits in his lifetime! In this episode, we'll talk about Rembrandt van Rijn, the greatest artist of the Dutch Golden Age, and the original "selfie-taker," as well as one of his most famous works, The Night Watch.

Referred to as the "German Leonardo," Albrecht Dürer is the most famous of the Northern Renaissance artists. He became internationally known through his incredible printmaking techniques. ​In this episode, we'll talk about why I call him the Renaissance Rockstar (if hair bands existed in the 16th century, he'd be in one), as well as his famous work, The Young Hare.

Adored by everyone around him, it is said that Raphael was so gentle and charitable that even the animals loved him. In this episode, we're going to learn about the "Disney Princess" of the Renaissance, and his most famous work, The School of Athens.

Michelangelo was a brilliant sculptor, architect, poet (and painter, when he was forced to be). But that didn't stop him from being Mr. Grumpy Pants. It did, however, stop him from bathing... Join us as we discuss another Renaissance genius and one of his most famous works, The Sistine Chapel ceiling.

500 years after he lived, Leonardo da Vinci is still considered a genius and one of the most gifted men to have ever lived. In this podcast episode, we'll tell you why. We'll also discuss Da Vinci's most famous work, the Mona Lisa. 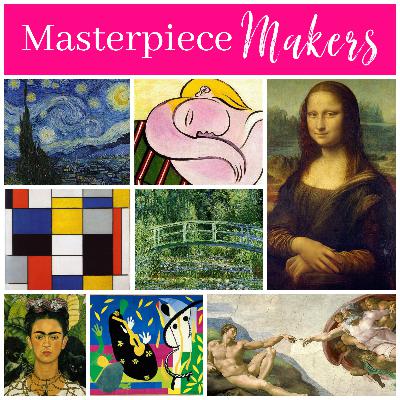 Join us as we introduce our brand new podcast for Homeschool Art History, Masterpiece Makers. We'll tell you who we are, what our vision for this podcast is, who this podcast is for, the format for each episode, and our timeline for studying the various art eras.
See More
Comments