DiscoverMelbourne WebFest: From The Archives 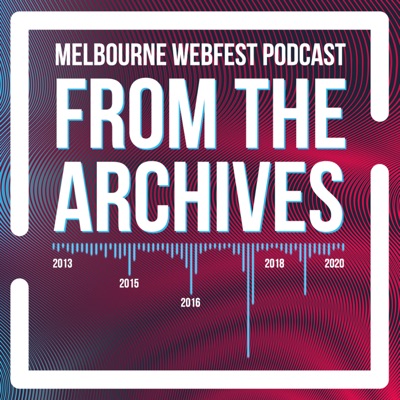 Melbourne WebFest: From The Archives

From The Archives is a podcast series presented by Melbourne WebFest, the largest celebration of digital series and storytellers in the southern hemisphere. Over 8 years, we've recorded keynote speakers, panels, workshops and other sessions at our yearly festival - we've decided it's time to start sharing these with the world.
From reasons why you should make a web series, to pearls about the creative process and tools to help you build your storytelling world, listen to industry stalwarts share their personal journeys and projects with you.
7 Episodes
Reverse 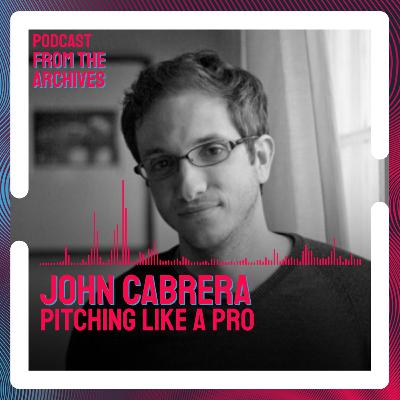 In a special episode of Melbourne WebFest: From the Archives, we're looking back to John Cabrera’s 2016 workshop on Pitching New Media, where he spoke on his go-to pitching structure and how it translates to our very own Pitch iView competition. Cabrera also engages in an in-depth Q & A with creators, covering key industry insights that you won’t find anywhere else. John Cabrera (H+: The Digital Series, Gilmore Girls) has worked for over a decade as a writer, producer, director, and actor at the Hollywood studio-level and in the digital entertainment industry. He's spent a large portion of the past decade exploring new content platforms, distribution models, and creative formats. John is currently working on a project that empowers communities to build big fictional worlds together. Follow him on Twitter @johncabrera for announcements soon. *This is a live recording from John Cabrera's Pitching Workshop at Melbourne WebFest in 2016. 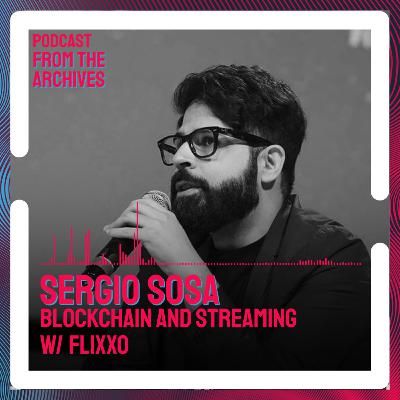 Sergio Sosa On Blockchain And Streaming With Flixxo

In this episode, we're looking back to our 2019 keynote speaker Sergio Sosa who outlines how cryptocurrencies and peer-to-peer distribution work within a blockchain based platform such a Flixxo. This episode also features an in depth Q&A with audience members. Sergio Sosa is an Argentinian audiovisual artist, music producer and blockchain enthusiast. Currently he is the VP of Operations of Flixxo, an innovative blockchain based video platform, where he focuses on content and production. *This was recorded live, mid 2019, before the official launch of Flixxo 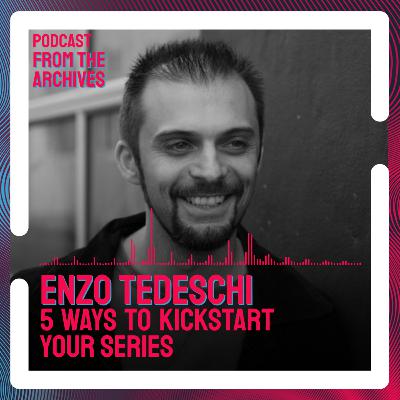 Enzo Tedeschi with 5 Ways To Kickstart Your Series

Enzo Tedeschi is an award-winning Australian director, producer, writer and Melbourne WebFest alumni, known for his bold approaches to storytelling, emerging media and digital content. Enzo created the award-winning online conspiracy thriller series Event Zero, science fiction series Airlock,  as well as producing Skinford, Skinford Chapter Two, and Pet Killer. His ongoing commitment to his work within the web series space and community earned him The Michael Ajakwe Jr Lifetime Achievement Award from Melbourne WebFest in 2019. In 2015 Enzo founded Deadhouse Films as an outlet for the genre aspect of his work. With a focus on thriller, horror and science fiction, Deadhouse has quickly made a name for themselves on the world stage as an innovative and prolific company, that produces high concept projects that defy their often modest budgets.  Delivering his keynote speech at the 2014 Melbourne WebFest, Tedeschi takes us through his 5 ways to kickstart a series and shows us the power in creating a strong community behind your creative projects. You can watch the full, unedited version of this keynote on our Youtube channel, with 100% more memes. *This is a live recording from the opening night of Melbourne WebFest 2014. 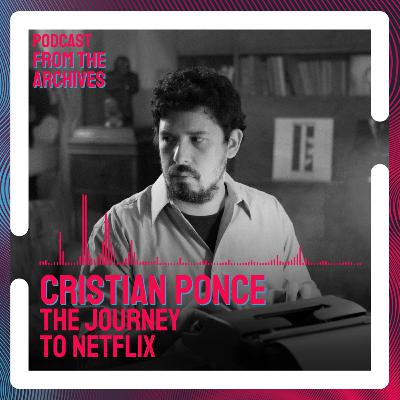 Cristian Ponce and the Journey to Netflix

Cristian Ponce (The Kirlian Frequency, Un Año sin Television, Policompañeros Motorizados) is an established writer, director, animator and professor with a degree in filmmaking. He resides Argentina, where in 2008 he co-founded his production company, Tangram Cine.  Delivering his keynote speech at the 2019 Melbourne WebFest, Ponce discusses his path from a being a film student, to creating a production company, to navigating the Argentinian media scene and the 10 year long process of getting his webseries "The Kirlian Frequency" off the ground and onto Netflix.  *This is a live recording from the opening night of Melbourne WebFest 2019. 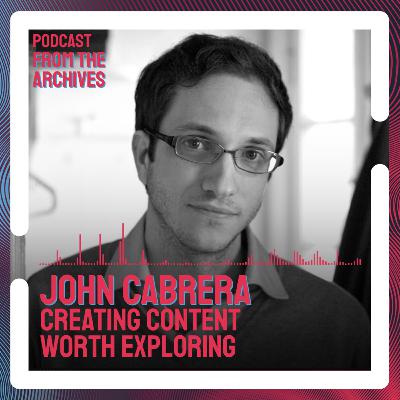 John Cabrera (H+: The Digital Series, Gilmore Girls) has worked for over a decade as a writer, producer, director, and actor at the Hollywood studio level and in the digital entertainment industry. He's spent a large portion of the past decade exploring new content platforms, distribution models, and creative formats. John is currently working on a project that empowers communities to build big fictional worlds together and touches on several points brought up in this keynote. Follow him on Twitter @johncabrera for announcements soon. Delivering his keynote speech at the 2016 Melbourne WebFest he discusses what constitutes successful content and the importance of building a community around it. You can watch a video recording of this keynote on the Melbourne WebFest Youtube channel. *This is a live recording from the opening night of Melbourne WebFest 2016. 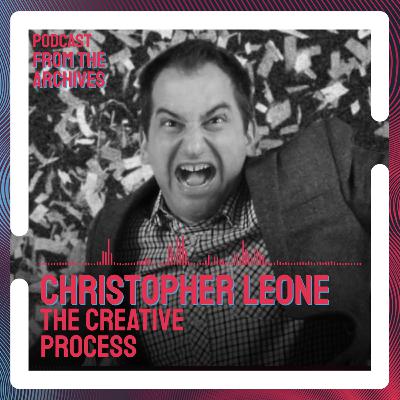 Christopher Leone and the Creative Process of Filmmaking

Christopher Leone is a Los Angeles-based filmmaker with a background in visual effects animation. He wrote and directed the digital film Parallels, which he then developed as a series for Fox Network as The Building, serving as executive producer alongside Neil Gaiman and Albert Kim. Christopher co-created, co-wrote, and co-executive produced the critically acclaimed SyFy mini-series The Lost Room for which he was nominated for a Writers Guild Award.  Christopher delivered the keynote address of the 2017 Melbourne WebFest, exploring the creative process of film making. With wit and personal expertise, he shares why filmmakers, through the good and the bad times, do what they do. *This is a live recording from the opening night of Melbourne WebFest 2017. 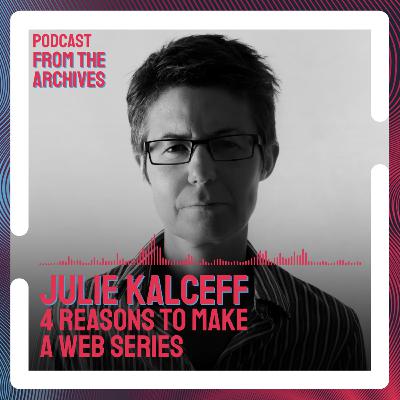 Julie Kalceff is an award-winning writer, director and producer, having created Starting From Now, a pioneering web series drama racking up over 130 million views in over 200 countries. In 2020 her new TV series First Day was released on ABC iview, becoming the first scripted Australian show to feature a transgender actor as its protagonist. Julie delivered the keynote address of the 2018 Melbourne WebFest, sharing with us four reasons why web series are awesome - while drawing parallels with her own personal journey to find her voice and establish her creative drive. *This is a live recording from the opening night of Melbourne WebFest 2018.
See More
Comments