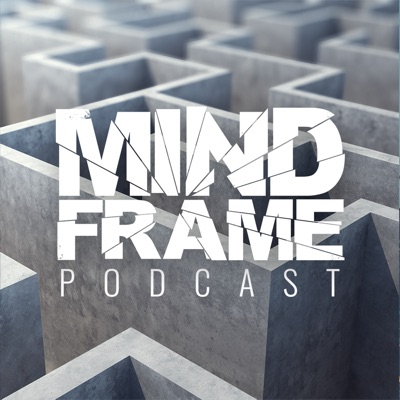 For over a century, a united humanity’s focus was the construction of a massive alien device: The Lariat. Its blueprints were dreamed by a handful of gifted humans who could hear alien voices as they slept. It is miles long, built in close orbit of the sun, and it promises to be a gate to a vast alien civilization. It promises to end humanity’s galactic isolation.

It will open, and a newly promoted Captain Claire Campana’s ship will be key to the ceremony, once it is repaired in the World Navy’s shipyards near the sun. But there is dissent. A member of the black market mob known as the Boliver family begins to doubt the Lariat’s true purpose. And then there are the fragments in time. The 1960s, the 1990s, 2012, where innocent people oblivious to this future live their lives. They connect, somehow, to each other, to the future, to the Lariat.

Mindframe is a genre bending piece of science fiction that weaves seemingly disconnected people through various time streams into one important moment. The moment that changes all of human destiny. The moment the Lariat closes.
16 Episodes
Reverse 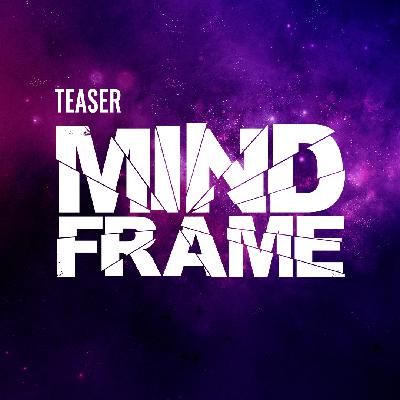 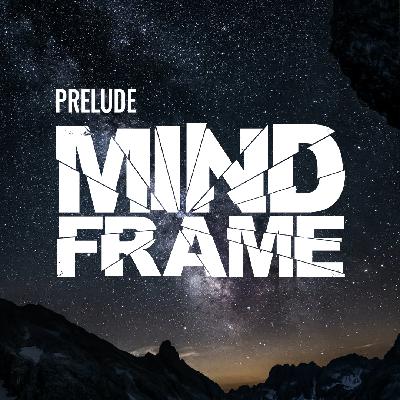 The old man lingered in the liminal place that presaged sleep, that space where reality had variable density and fluctuating tactile strength. Moments of clarity, of skies with a blue so sharp they caused him to ache, were interspersed with vagaries, memories, haunting scars and echoes of the psyche in which he was intruding. This... 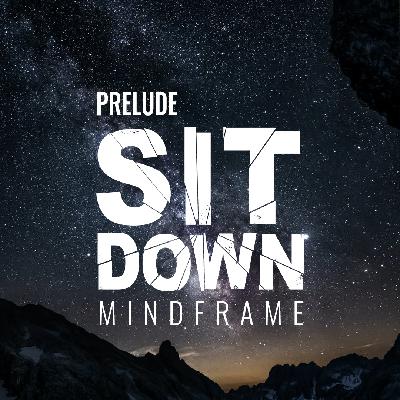 Welcome to our very first “Sit Down” episode of the Mindframe Podcast. In this episode, we focus on the show’s Prelude. These unique episodes are not part of the primary story line. Instead, they are a casual conversation between our host Zach Smith, the author David Moton, and the producer Brent Van Tassel. Zach asks... 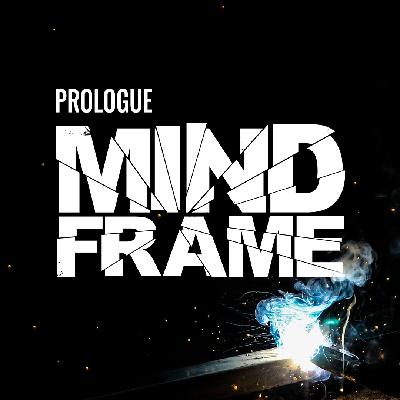 Childhood is gone. Illusion is abolished. The world is laid bare, full of unpolished people and unfulfilled destiny. But that is not your concern. Because on your piece of paper there will always be written orders. There are only the orders and the following of the orders. There is only the Lariat, and its closing,... 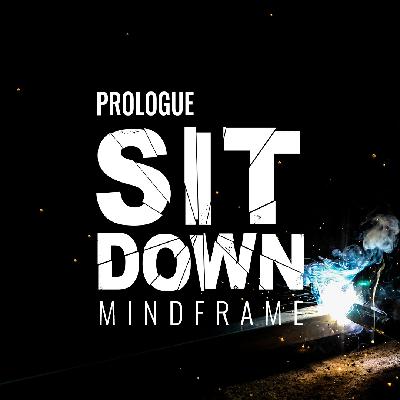 This episode of the Mindframe Podcast is another of our “Sit Downs.” This time, we focus on the space opera action of the show’s Prologue. In these episodes, our host Zach Smith sits down with the author of Mindframe, David Moton, and the producer, Brent Van Tassel. We have a casual, often funny, conversation about... 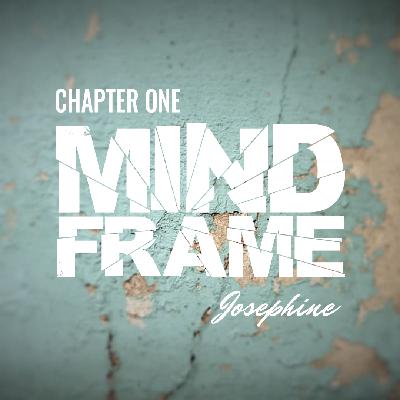 A coat of paint hid burn marks. Makeup hid frown lines. The light of noon hid terrible moon lit shadows. Josephine had to move on. On this episode of Mindframe, we get to chapter one, the first of the chapters about Josephine. She is a widow, grieving the loss of her husband to a horrible fire... 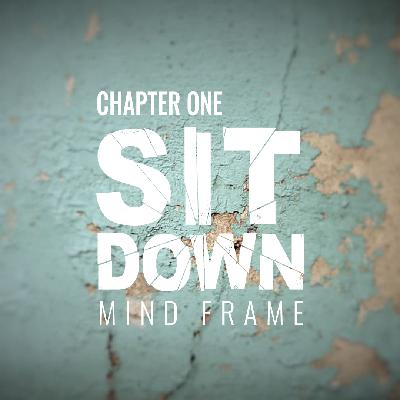 Chapter One: Sit Down

On this “Sit Down” episode of the Mindframe Podcast, we relax and talk shop about Chapter One and the life of Josephine. As always, the Sit Down episodes are where our host Zach asks questions of Dave and Brent. The point is to help reveal some of the mysteries of the narrative as well as... 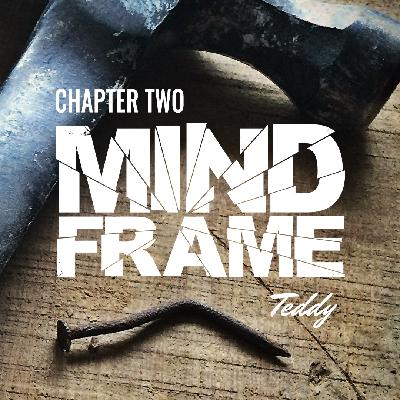 Teddy went back to his rooms behind the house. He knew he wouldn’t sleep tonight; the bad dreams from the war were sailing off his bow after the sky had been filled with fire all night long. He took up a bottle of Canadian Club and poured two fingers of it, then a third, and... 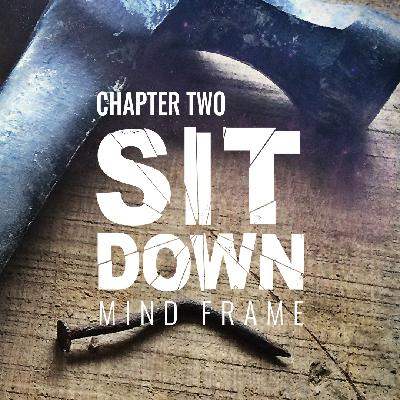 On this episode of Mindframe, we have another unique Sit Down, where you get the inside scoop on the show in a way you can’t get it from anyone else! As always, you’ll hear your host with the most, Zach Smith, ask questions of Dave and Brent. This time about Chapter 2. If you’re listening,... 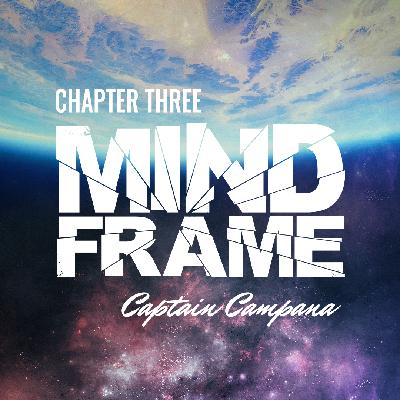 Give nothing to anybody. See, instead, how they earn it. It was a slogan as old as WorldGov, and one she lead by.  In Chapter three of Mindframe, we start to follow the story of Claire Campana, a newly promoted captain in the World Navy. The World Vote pushed her up in rank, and she has... 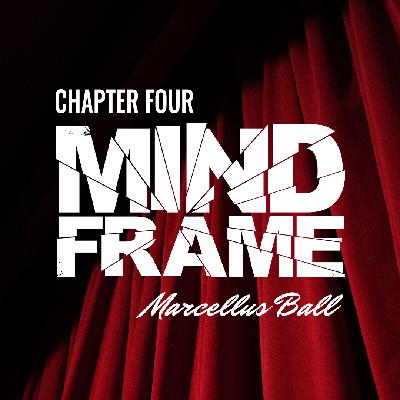 – This was a place of tricks of light and illusion; a fourth wall was a delicate thing, easily broken by the crush of the real world, just on the other side of the veil. – Chapter 4 of Mindframe is the beginning of the story arc of Marcellus Ball. Marcellus is the stage manager of a... 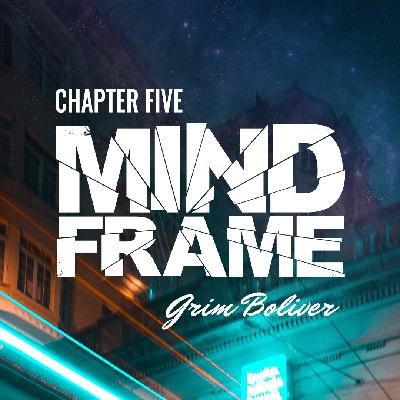 – But his family was not a family of sincerity. The Boliver family was not one of straight lines, but of crooked angles, ever askew, always hiding the true intersection of purposes. Grim knew to look for the angle, the grift, the obfuscated manipulation in every situation, even one conspired by his darling niece… –... 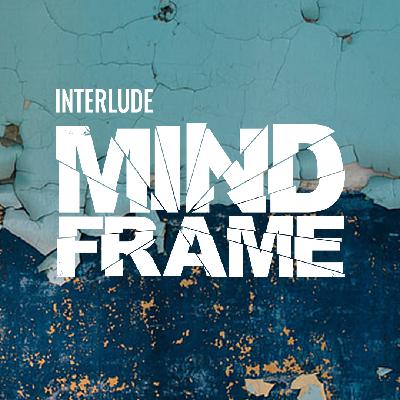 This is not that. – On this episode of Mindframe, we have the first of several interludes to the main five stories being told. In it, we follow a woman named Josephine as she drifts through a strange dream labyrinth of time. In this liminal space, she meets Alpha, her mentor. He questions her about the... 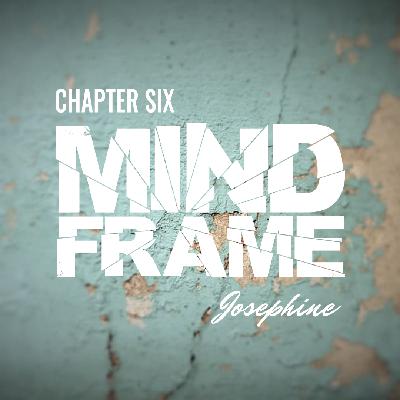 – The plane careened, engine on fire, and it ducked behind the endless maze of towers. There was a rumble in the ground, a horrible sound, a ball of fire in the distance as the jet crashed into something, likely a building, some blocks away. Then a new thing appeared in the sky. A craft,... 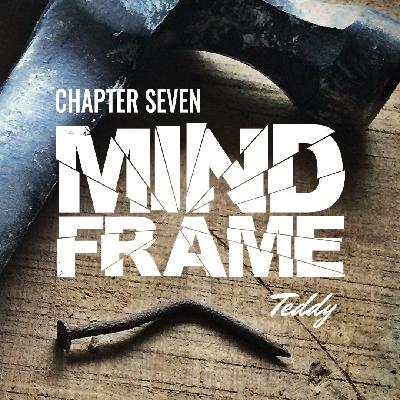 – He slid his hand over the hand railing; it was a pure, snow white, and it seemed to anchor The Dame to the whole frosted world around her. Teddy did that. And he would do so much more. He wanted to quit his other projects in the suburbs and stay here in The Dame... 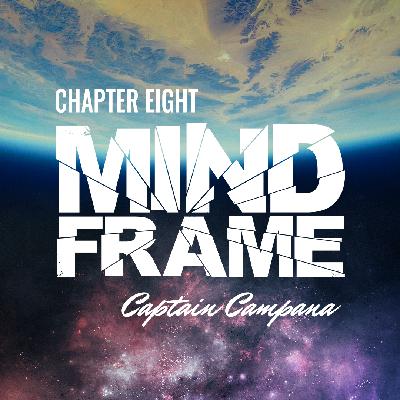 – “That file is directly from Alpha’s desk. It has all of your orders. Though I am delivering them, they do not come from me or the Navy. This is his mission. And, this is of course very sensitive information. Captain Campana, you are now the ninth living person in the entire human race to...
See More
Comments (1)

brought to you by 2/3 of the Sofaking podcast, this is an amazing story that transcends the past and future. Written and Narrated by Dave Mitten himself this has been a great Sci-fy story that has you waiting until the next installment drops. 5 very bright shinning stars in my opinion