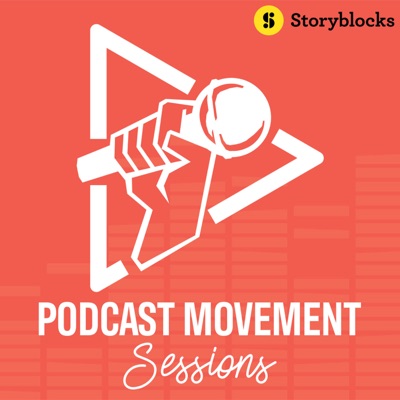 This year, as we enter season four of Podcast Movement Sessions, we're taking a close look at the Society, Culture, and Advocacy tract of PM19. Through conversations recorded on-site in Orlando and audio pulled directly from the Podcast Movement stage, we're tackle some of the most important issues content creators deal with and how podcasting as a medium is unlike any other in showcasing the underrepresented voices of the world in a powerful way. We'll also speak with some of the biggest names in the True Crime genre about balancing their role as advocates and journalists. Plus: a full-circle moment for Podcast Movement as Earlonne Woods and Nigel Poor (co-hosts of Ear Hustle), talk about their journey as podcasters (having won Radiotopia's PodQuest competition back at Podcast Movement 2016), being advocates for criminal justice reform, and how Ear Hustle paved the way for Earlonne's release just this past spring. Subscribe now to Podcast Movement Sessions, the first two episodes of season four will drop on Black Friday (November 29th)!!

Season Four of the Podcast Movement Sessions is hosted by Producer Ted Woods, and proudly sponsored by Storyblocks.
42 Episodes
Reverse 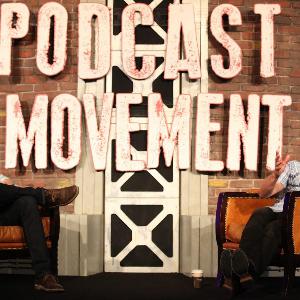 Introduction to podcast movement sessions. What is it about? Who will be on it? Why am I asking so many questions? #Podcast #Podcasting #PM15 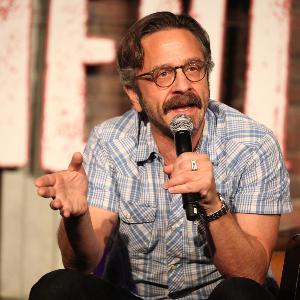 This episode explores Marc Maron's live interview on stage with Adam Sachs of Midroll. We not only get to laugh with Marc but there are some very teachable moments where we learn about listening, interviewing, relatability and generosity. You will come away from this episode feeling a deeper appreciation for podcasting and Marc Maron. Oh yeah... and Marc talks about The President Barack Obama coming to his GARAGE. #Podcasting #PodcastMovement #Podcaster #PM16 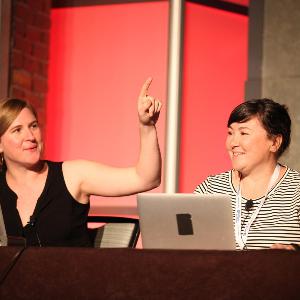 Phoebe and Lauren from Criminal share their experience from starting Criminal in a closet to their blockbuster success. They share how they wrote an entire episode and reveal they way they think about a story from start to finish. #Podcasting #Criminal #Radiotopia #PM15 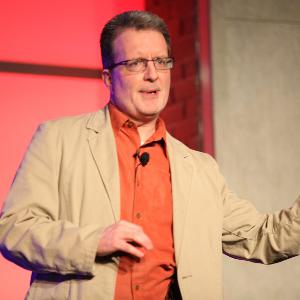 Jeff Brown is the host of highly acclaimed "Read to Lead" podcast. He shares his decades of radio experience to help you become a better interviewer and a more complete podcaster. #PodcastMovement #PM14 #PM16 #Podcasting #Interview 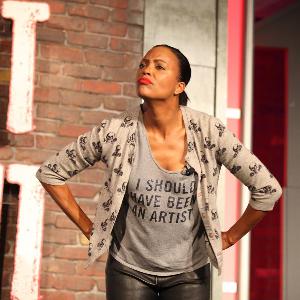 Aisha Tyler Does it Her Way

Aisha tells us about how she go into podcasting, her approach on interviews. The way she produces and edits your show and the confidence she brings to the table. You will walk away feeling inspired and empowered. #Podcasting #AishaTyler #GirlonGuy 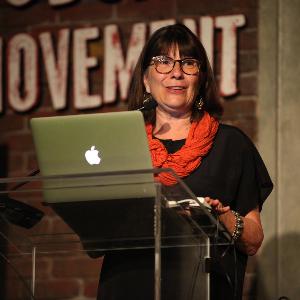 Lost and Found Sound with the Kitchen Sisters' Nikki Silva 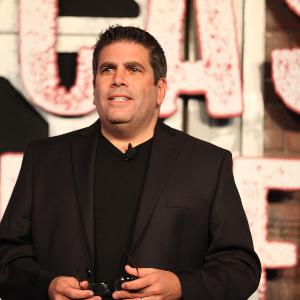 Create Relationships with Your Audience

Lou Mongello is the host and producer of the 9 time best in category WDW radio podcast. In Lou's Podcast Movement 2014 talk he shared how we went from a basement Disney fanboy to Podcast super star and what he learned about making real connections with his listeners. #WDWRadio #Disney #Periscope #Streaming #Meetup 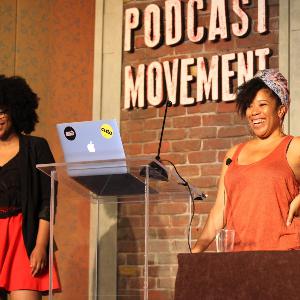 How to Diversity W/ Heben & Tracy of Another Round

Heben and Tracy of Buzzfeed's Another Round podcast give us some fun and easy tips on how and why to make diversity a core strategy for your podcast, business and life. We also hear from Dan Franks, Eleanor Kagan and Shannon Cason on the importance of diversity, the good, the bad and the funny. #Diversity #PM16 #PodcastMovement #Buzzfeed #AnotherRound #Hillary #ShannonCason #HomemadeStories 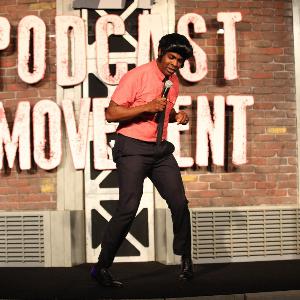 Podcast Movement Co-Founders Jared Easley and Dan Franks introduce us to the backstory of Podcast Movement Emcee Donald Kelly. Donald shares his thoughts about giving introductions and you will get a behind the scenes look at Podcast Movement. #PM15 #PM16 #DonaldKelly #SalesEvangelist 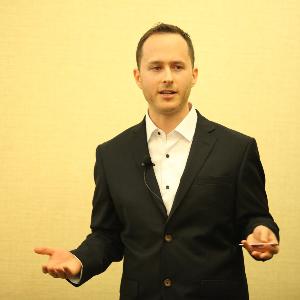 Meron Bareket and Bryan Orr cover all the basic steps to producing clean crisp audio on any budget. They also demonstrate some of the things to do and seven more of the things NOT to do. This episode if for every podcaster who wants to improve their audio quality without breaking the bank. #Podcasting #Audio #Audiophile #Soundquality #PodcastIncubator 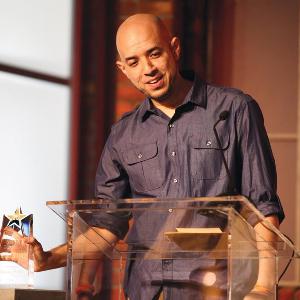 I Want to Thank the Academy w/ Danny Pena

The Academy of Podcasters awards in 2015 was a great success by all accounts. We talk about the awards and the hall of fame and follow Danny Pena and Gamertag Radio from the days of tape recorders and MP3.com all the way to an emotional acceptance of a well deserved induction. #Podcasting #AcademyofPodcasters #Halloffame #Gamertag #Xbox 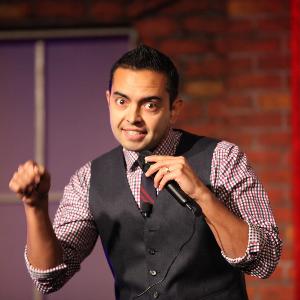 The Enemy Within w/ Pat Flynn

Pat Flynn of smart passive income and author of the new book "Let it Fly" really brought down the house at Podcast Movement 2015. #PatFlynn #AskPat #LetitFly 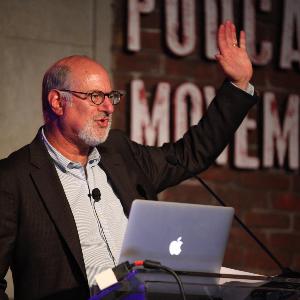 CEO of Amplifi Media Steven Goldstein shares his 30+ years of broadcast savvy with the podcasting world. From the opportunities to the challenges Steven gives some history and lot's of action tips that can help serve the Podcast Community. #Podcasting #Brand #radio #broadcast #curation 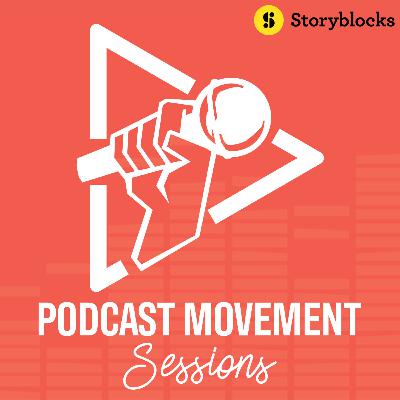 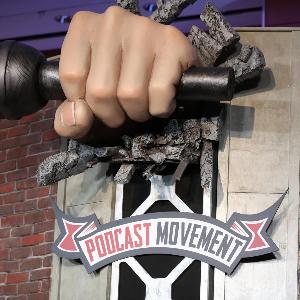 The Podcast Community: Finding Yours, Growing and Maintaining it, and Why It can Be So Important 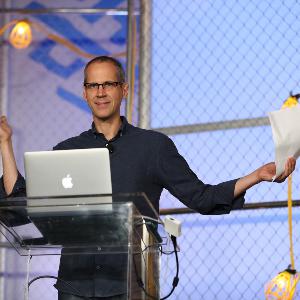 Bizness: How Podcasting Can Become a Part of Yours

In this episode we hear from people who've built a business in or supported by podcasting, including Jared Easley, Ramona Rice, Jonathan Oakes, Hani Mourra, Alex Blumberg and Aaron Mahnke. 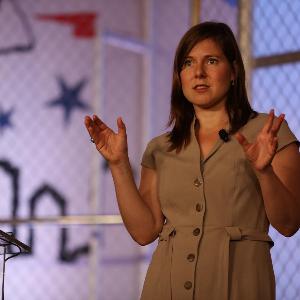 Beginnings: What Podcasting and Childbirth Have in Common

In this episode, we highlight Anna Sale, the host of Death, Sex and Money and her keynote from Podcast Movement 2016. We also bring you the beginning of a few other podcasters, Nina Babel and Judith Registre, all while continuing the story of Podcast Movement's origins. Check it out and get ready to join us in Anaheim this August! 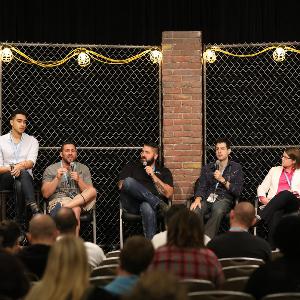 This episode features heavy discussions of cold hard cash. Featuring a panel from Podcast Movement 2016 with Jordan Kope, Colt Cabana, Rob Cesternino, Bob Ruff and Liz Covart. They talk about bringing sponsors to their show and finding funds from their audience directly. We also talk to Dan Franks about the origins of Podcast Movement, Jeni Wren Stottrup about funding her show, Gritty Birds and Chel Hamilton about how she found a whole new avenue for letting her audience support her. 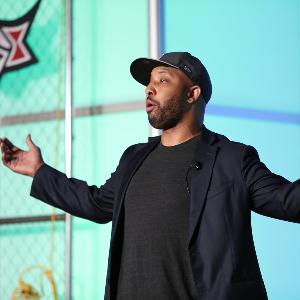 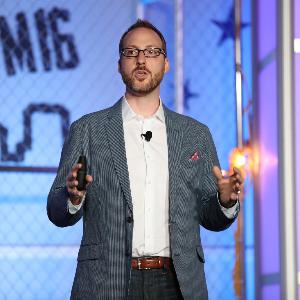 Aaron Mahnke went full time with his podcast after just 5 months of production with his award winning show, Lore. Now 2 years in he's on the verge of releasing a TV series based on the project. While we may not all have TV shows in our future, we can learn from the simple ideas that Aaron used to chart his path. Stay tuned next week as we discuss the new inductees to the Podcast Hall of Fame! Subscribe to check out all episodes, or download this episode directly here: https://audioboom.com/posts/5960283-full-time-podcasting-with-aaron-mahnke-host-of-lore.mp3
See More
Comments