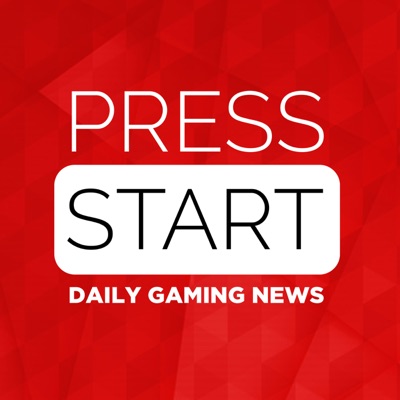 Press Start Daily Gaming News is your daily snapshot of all things happening in the gaming world provided by press-start.com.au
183 Episodes
Reverse

Amazon Prime Day Is Only A Few Days Away

Amazon Prime Day is just a couple of days away. It technically is happening on Monday, June 21st and Tuesday, June 22nd, but things will be kicking off at midnight late on Sunday night, and that’s when we’ll start covering it. Our Prime Day Hub is already LIVE so bookmark it in the leadup to Prime Day. It’s expected that deals will be spread over the two days, so just because there’s not something for you at the start, definitely come back and keep checking.

Although we’re hot on the heels of the morning’s Xbox and Bethesda showcase which brought us glimpses at Starfield, Forza Horizon 5, and Halo Infinite, we’ve received news that Xbox is hosting another game showcase tomorrow. Xbox’x Major Nelson has given us a bit more information about the Xbox Games Showcase Extended.

All Of Nintendo's E3 2021 Announcements

Nintendo closed out E3 with a bunch of great announcements. Mario Party Superstars is releasing on October 29th and it brings 100 of the best minigames from the series and five Nintendo 64 boards. It also has full online play across all modes. Metroid Dread is the first new 2D in nearly 20 years. It releases on October 8th, 2021. It also has a really good special edition that celebrates the franchise to date.

Stranger Of Paradise: Final Fantasy Origin was announced yesterday, with a PS5 demo to drop straight after. Whilst that promise was delivered on, with the demo appearing on the PlayStation Store, but unfortunately, anybody who downloaded it was met with a “data corrupted error”. Square Enix is apparently aware of the issue but it's been 36 hours after announcing and at the time of recording, it still isn't working.

It's been an absolutely huge morning of E3 with the Xbox + Bethesda & Square Enix E3 showcases taking place. There's way too much to talk about here so you should definitely head to the website, but here are the highlights. Starfield is releasing on November 11th and it's exclusive to Xbox Series X and PC. We got a new look at the campaign and multiplayer of Halo Infinite but no release date was given outside of holiday. Forza Horizon 5 is coming on November 9th. It's set in Mexico.

All Of Ubisoft's E3 Announcements

The first actual E3 conference has kicked off and it was a big one. Ubisoft had quite a few surprises at their showcase this morning. Mario + Rabbids Sparks of Hope was revealed. It features Rosalina and Bowser and it's set in Galaxy. It's coming in 2022. A new Avatar game called Avatar Frontiers of Pandora was announced. It's a first-person, open world game and it tells a standalone story following N'avi. It's coming in 2022 for PS5, Xbox Series X and PC. Rainbow Six Extraction got a release date.

All Of The Big Summer Game Fest Announcement

The first major event of E3 was held early this morning and there were a bunch of great announcements. Head to the site for the full wrap, but here are the highlights. Tiny Tina's Wonderlands is a brand new fantasy Borderlands spin-off starring Tina Tina. It's coming early next year. Elden Ring got a brand new trailer and release date. It's coming on January 21st, next year for current gen and next-gen consoles. Death Stranding is coming to PS5.

Battlefield 2042, DICE’s highly-anticipated follow-up to Battlefield V, is set to launch on October 22, 2021. Confirmed via the game’s first reveal trailer that debuted today, the game will head to PlayStation 4, PlayStation 5, PC, Xbox One and Xbox Series consoles in just over four months. The game, which returns to modern warfare, pitches a setting that is rife with chaos. 21 years into the future the world has destabilised and is on the brink.

Almost two years after launching in other parts of the world, the Valve Index is finally coming to Australia. It’s coming exclusively to EB Games when it releases on August 18th. You can pre-order the numerous sets right now and just as a reminder, you will need every item as well as a gaming PC. Valve Index Complete Kit – $1,899.95 Valve Index Headset – $999.95 Valve Index VR Headset + Controllers – $1,499.95 Valve Index VR Base Station – $249.

All The Australian Times For The E3 Press Conferences

This week kicks off two weeks of non-stop video game announcements and we've got the full list of times for all of the E3 press conferences. Be sure to keep it on the site for any updates and all of the round-ups after each press conference is over. All of the incoming times are in Australian Eastern Standard Time. Kicking things off on Thursday is the Battlefield 6 reveal which is taking place at midnight.

God Of War: Ragnark Has Been Delayed And The Battlefield 6 Reveal Is Happening Next Week

It was expected given that we haven’t seen anything outside of a tiny reveal trailer but Sony Santa Monica has confirmed that God of War: Ragnarok has been delayed until 2022. The game was revealed alongside a 2021 release date, but it’s not to be. Sony Santa Monica said: We remain focused on delivering a top-quality game whilst maintaining the safety and wellbeing of our team, creative partners and families. With this in mind, we’ve decided to shift the release window to 2022.

Far Cry 6 was originally supposed to release in February, before it was delayed, but it has a brand new release date of October 7th. The game will release on PS4, PS5, Xbox One, Xbox Series X|S and PC. In the new gameplay footage that was released, we got to see Yara in all of its glory, new modifiable weapons, the gears that effects your perks as well as new companions such as a Crocodile (Guapo) and Chorizo, the sausage dog. The big new thing is definitely the weapons.

Dying Light 2: Stay Human just got a release date as well as eight minutes of new gameplay footage. The game will release on December 7th for PS4, PS5, PC, Xbox One and Xbox Series X. The first gameplay footage was also released (marking almost two years since we got the last major slice). If you haven’t played the original game, Techland has also released Dying Light Platinum Edition which includes absolutely everything that released for the original game.

Fanbyte is reporting that a new Final Fantasy game called Final Fantasy Origin is set to be announced during E3 next month. The game is apparently in development by Team Ninja, and is said to play similarly to the Souls games a well in Nioh. Fitting with the name Origin, the world is apparently set to be inspired by the original Final Fantasy game. It’s said that the game will launch exclusively on PS5 to begin with and come to PC at a later date.

Following in the foot steps of God of War, Ghost of Tsushima and Ratchet and Clank, The Last Of Us Part II is the latest game to get a PS5 performance patch bringing a new display mode that targets 60 FPS visuals. Announced in a blog post, Naughty Dog said that patch 1.08 will bring a “toggle in the Display options that allows you to choose between a Framerate Target of 30 FPS or 60 FPS.

EB Games Has A Bunch Of New Member Perks

After it leaked last week, Sony has now announced two new DualSense colours. One of the controllers is called Midnight Black and just as the name suggests, it's an all black controller. The other one is called Cosmic Red and features a two-tone red and black design. Both controller will be available on June 18th for $110 and $120 respectively.
See More
Comments