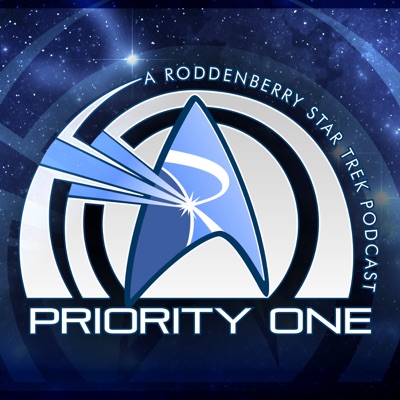 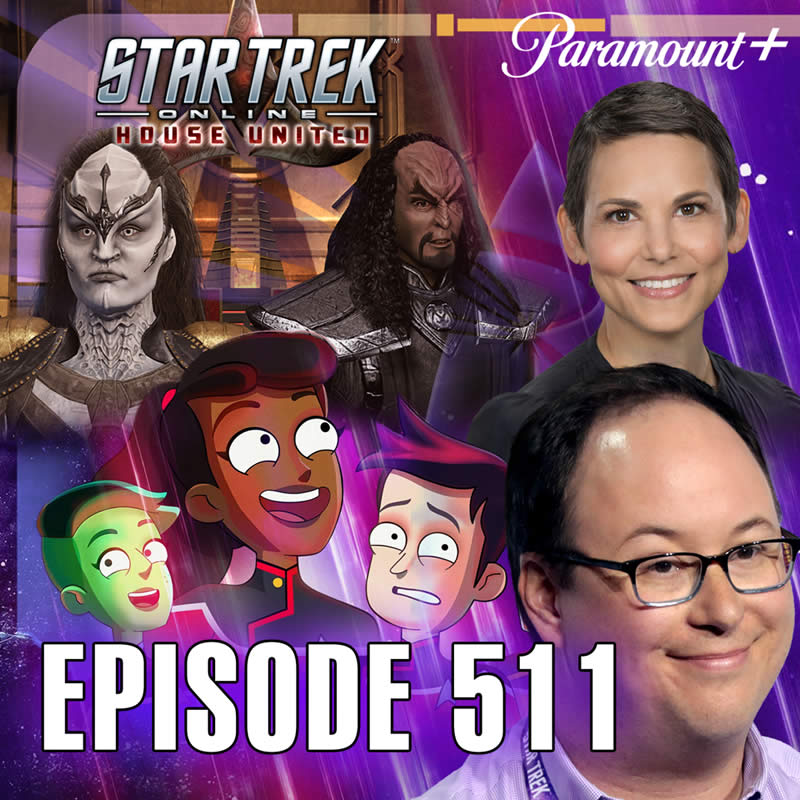 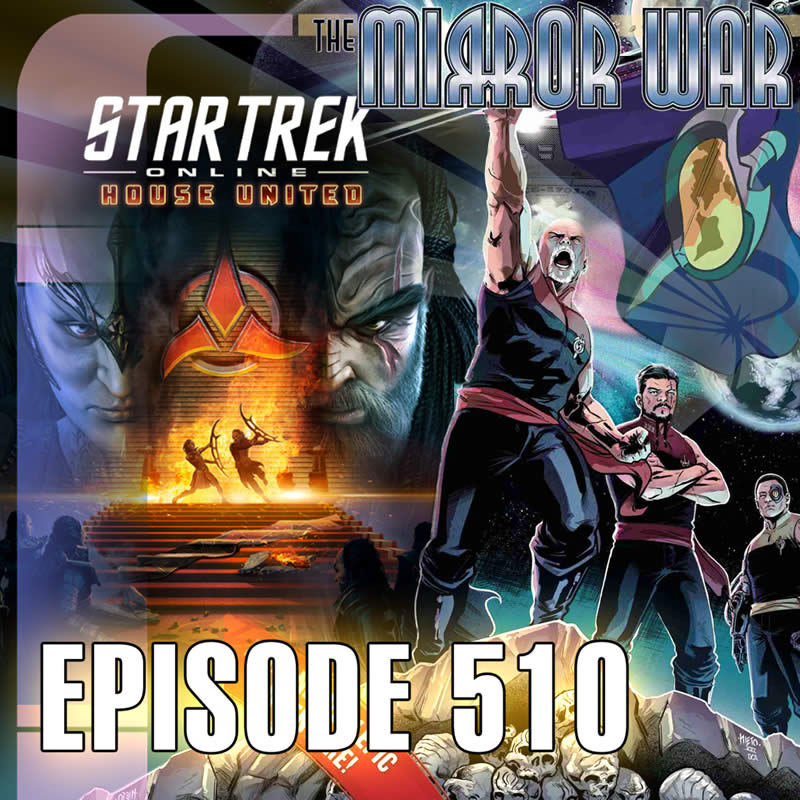 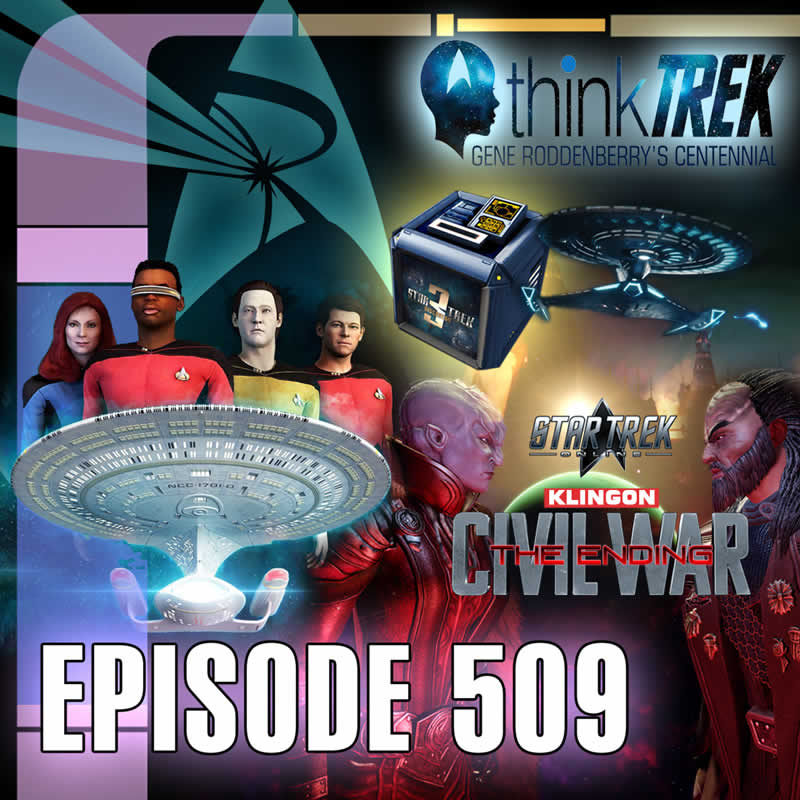 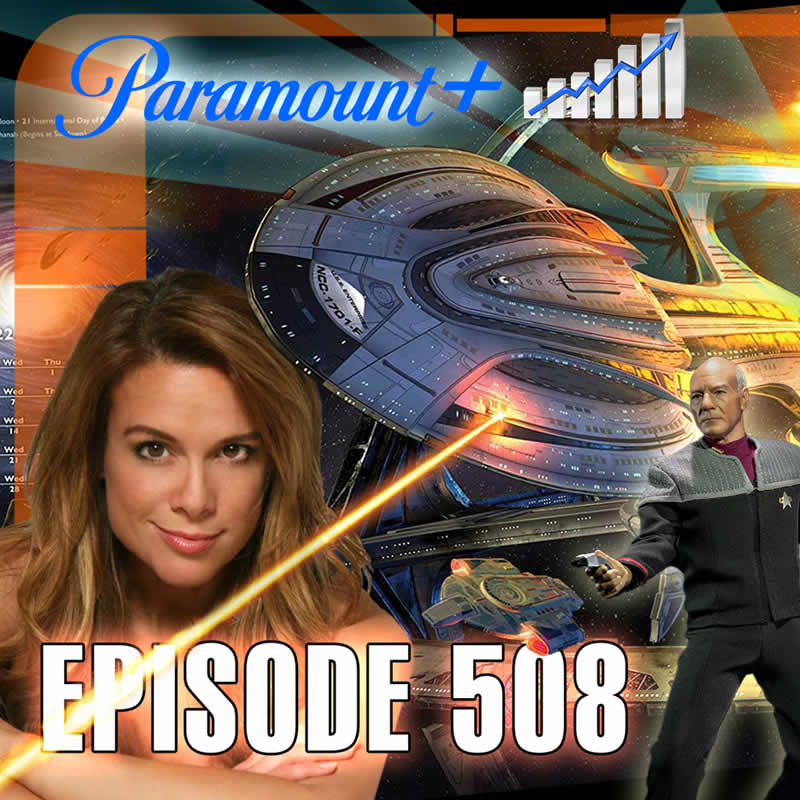 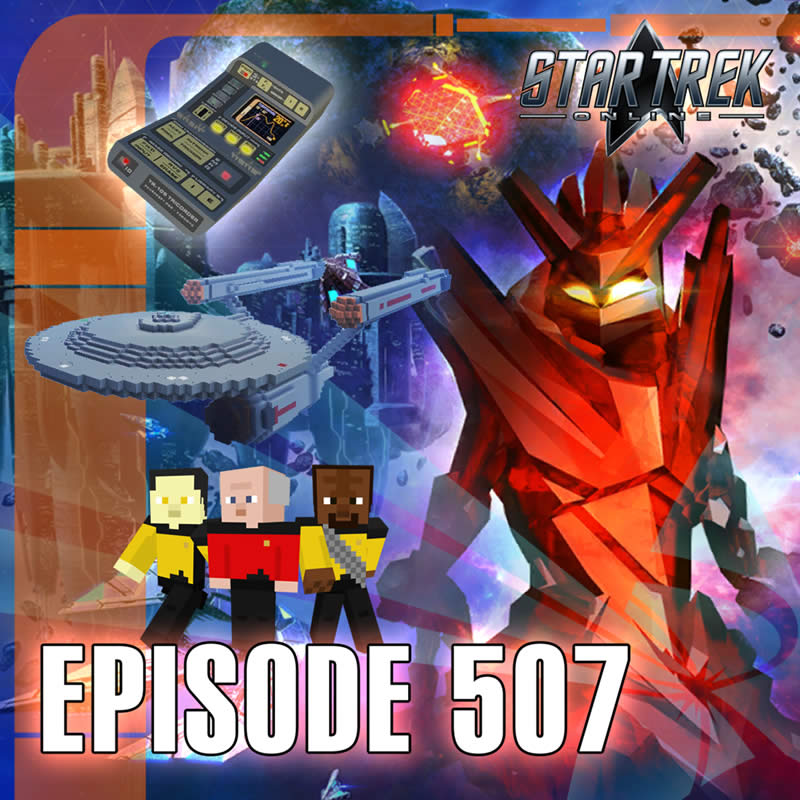 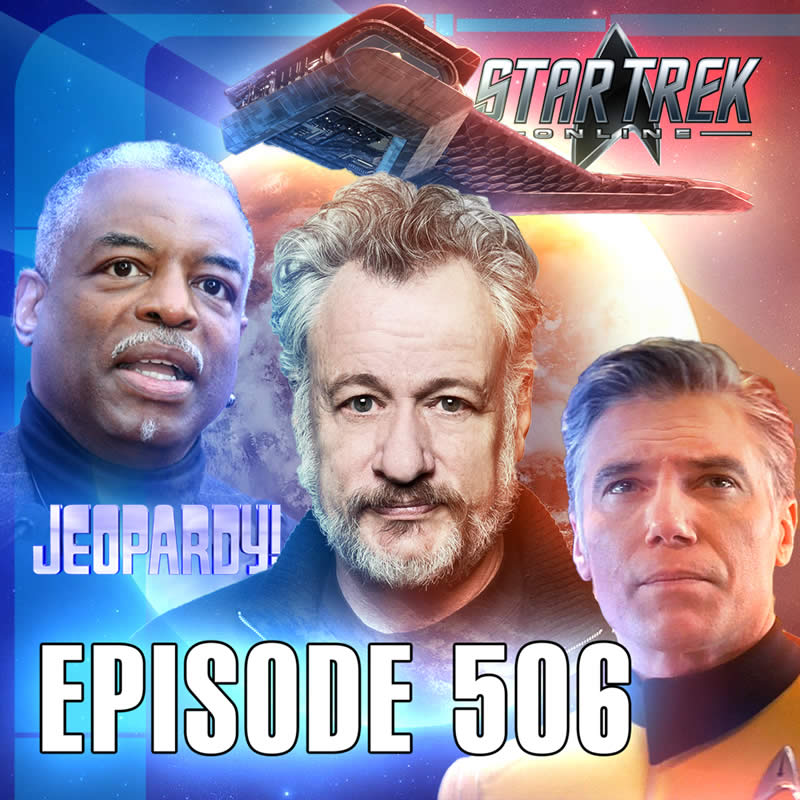 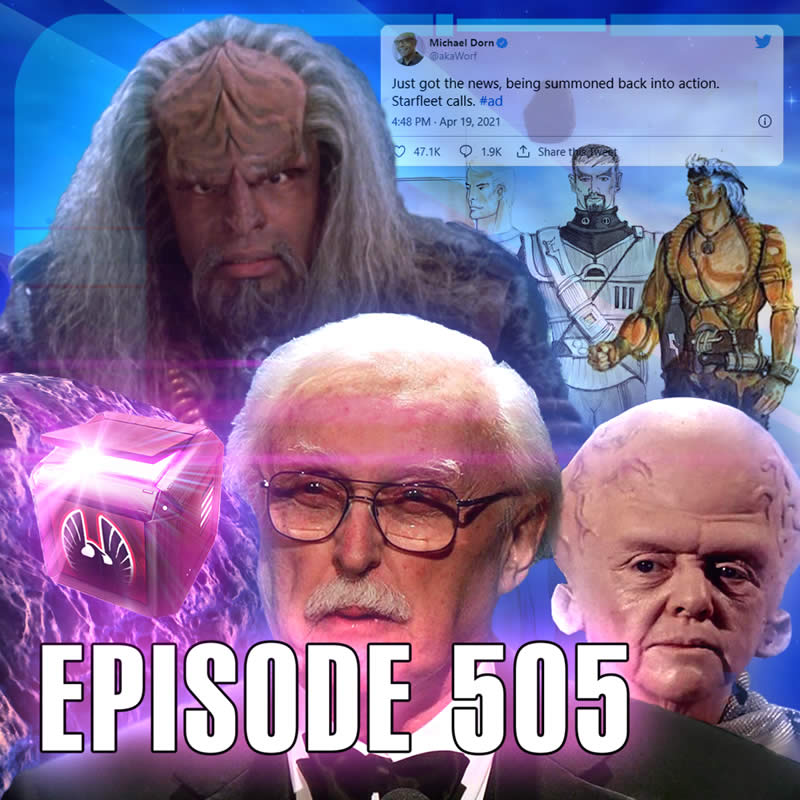 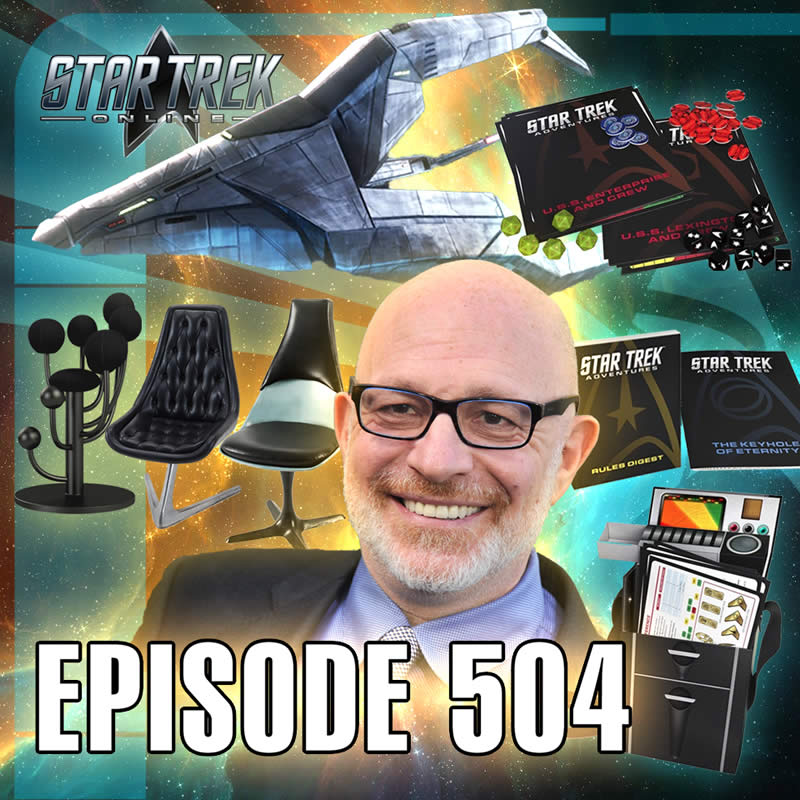 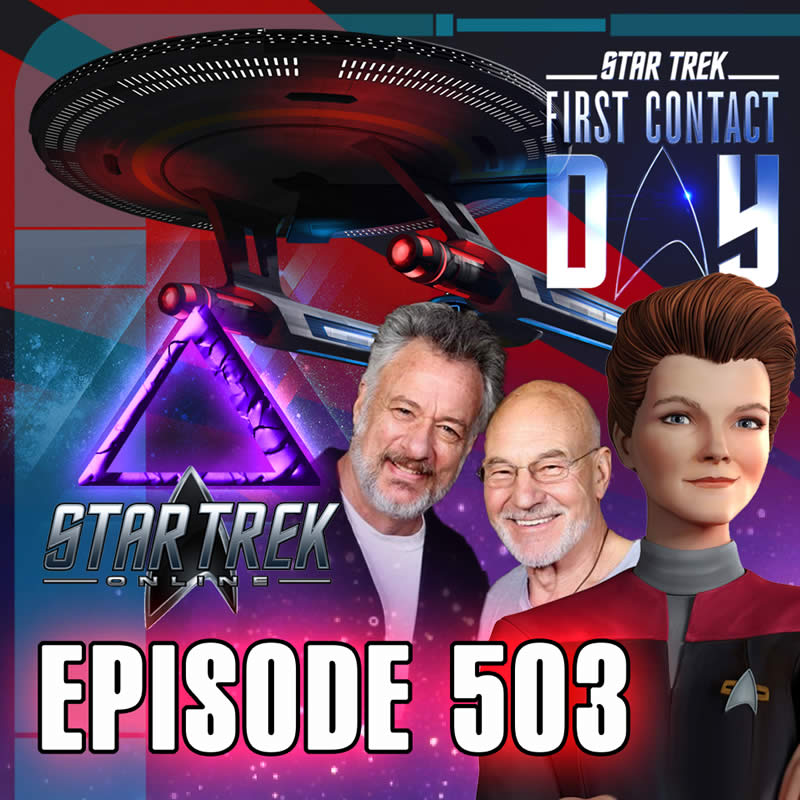 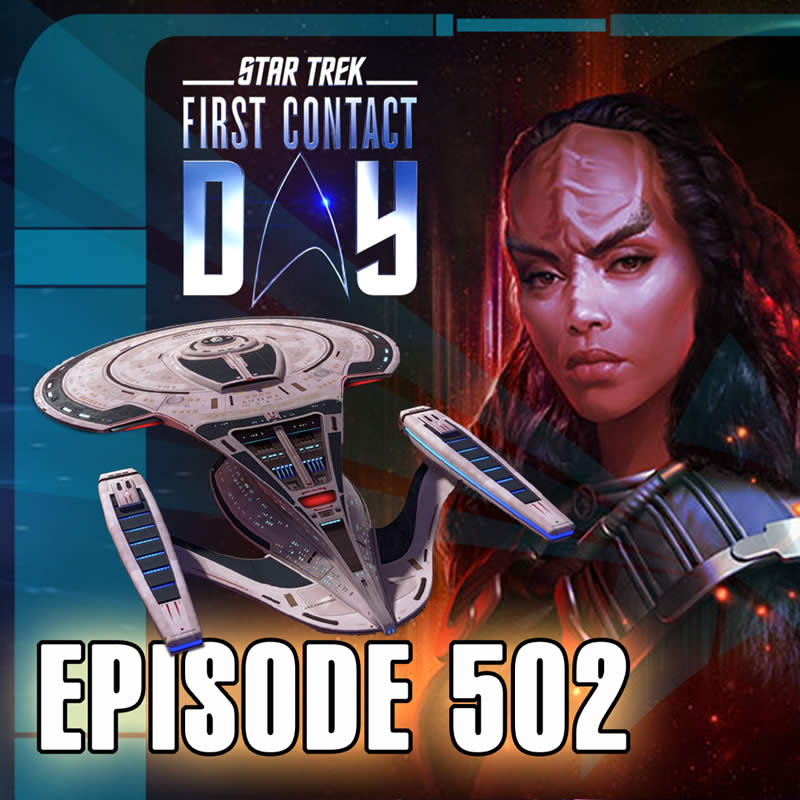 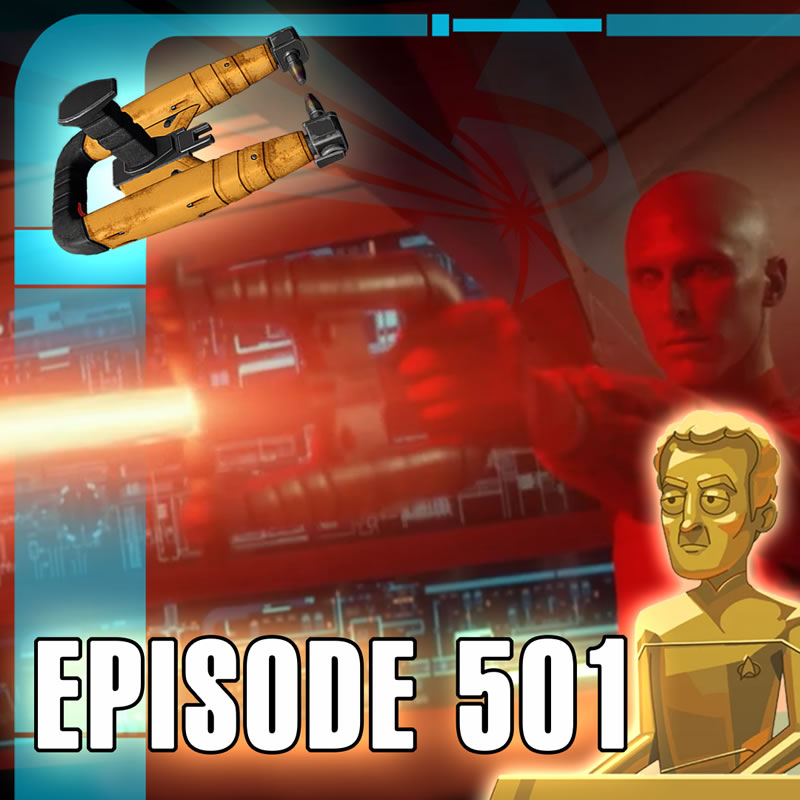 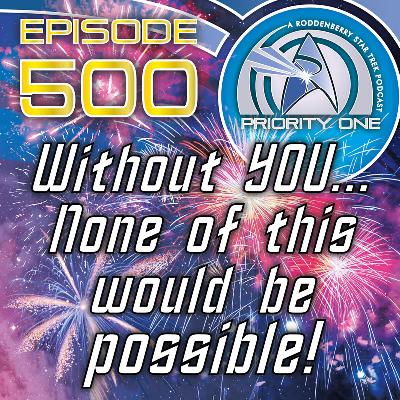 This week on Episode 500 of Priority One: we celebrate with interviews featuring Star Trek: Picard’s Alison Pill, Isa Briones, and Evan Evagora! We’re also joined by Deep Space Nine’s Alexander Siddig and Robert O’Reilly! TREK IT OUT 500 Minutes, 4000 Dollars, and One Livestream 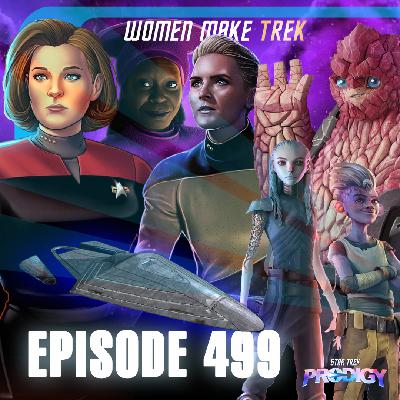 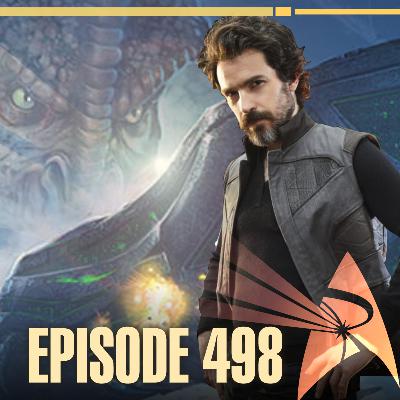 498 - Spiner, Rios, and The Excelsior | Priority One: A Roddenberry Star Trek Podcast 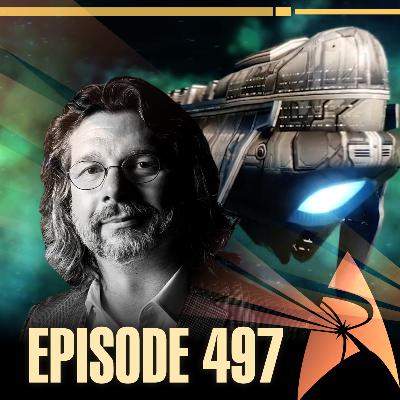 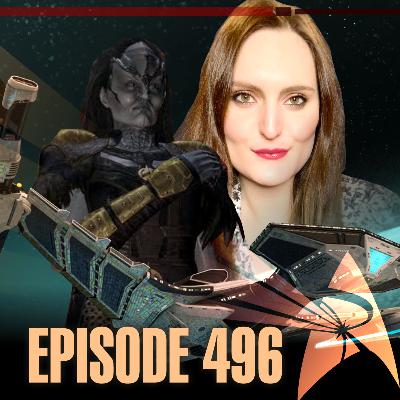 496 - Mary Chieffo, Paramount+, and The Roddenberries | Priority One: A Roddenberry Star Trek Podcast

This week on Episode 496 of Priority One: We Trek Out the Roddenberry Foundation’s latest gift and ViacomCBS’s latest revamp-ination! Then, we continue our coverage of Star Trek Online’s 11th Anniversary with a reminder to finish your daily mission to earn the free ship AND an interview with Star Trek Discovery’s Mary Chieffo! Of course, as always, before we wrap up the show, we’ll open hailing frequencies for your incoming messages This Week’s Community Question is: CQ:  If you’re currently subscribed to CBS All Access and sticking around for Paramout+ -- what features do you hope they’ll introduce?!  Let us know on social media like Facebook, Twitter, or by visiting our website! TREK IT OUT "The Roddenberries Showdown 2020 Virtual Extravaganza" on Vimeo By Elio lleo Captains, if you missed The Roddenberries Showdown 2020 Virtual Extravaganza featuring Martok and Gowron then… get out! … nah, just playin’... You now have another chance to catch one of the best pandemic performances you’ll ever see!!! The Roddenberries have released the event to rent or purchase via VIMEO for 4.99 to rent or $15 to buy. Now, we can spend time talking up the event and performance but, you really need to see this for yourself… More importantly, you’ll be supporting local artists who are continuing to work to make ends meat during a time when live performances and concerts are nearly impossible! So, #TrekOut the links in the show notes and please consider supporting the band!... You will NOT be disappointed. https://vimeo.com/ondemand/showdown2020 The Roddenberry Foundation Gives Back By Tony Hunter The Roddenberry Foundation announced a $100,000 donation to the Comic-Con museum in San Diego. In recognition of that generosity, the museum will name its main lobby after the late, great, star trek creator - Gene Roddenberry. I know what you’re thinking, “Hey, conventions aren’t dead. So why are they getting put in a museum?” Rest easy, friends, because the museum isn’t commemorating a lost ritual, but is “intended to celebrate the spirit of the San Diego Comic-Con experience throughout the year.”  But for now, they’ll just have to celebrate reaching the halfway mark on the way to their $34 million fundraising goal. Gene’s son Rod told KPBS.com "We hope to inspire others to recognize the power of popular arts and comics in providing a unifying force to bring together our society and create a better future." Photo Via KPBS.org Paramount+ Ads Paying Dividens By Cat Hough If you were watching the SuperBowl, even if it was just for the commercials, you may have noticed frequent references to Paramount+ - especially since those ads aired more times than the Chiefs were called for stupid penalties.  Well, ViacomCBS is making a concerted effort to position CBS as an ‘upscale’ content provider, all of which hinges on its offerings coming from it’s ‘CBS Originals’ production company (funny because the guy in charge came from Amazon Originals) and providing more options for live, on-demand or streaming its content.  Newly-appointed network President and chief marketing officer, Mike Benson, says, “I feel like we’re really working to elevate the brand and make a broadcast brand feel premium. It’s free premium.” Well, all of these efforts may pay off as we get closer to the launch of Paramount+ on March 4. The stock price for ViacomCBS has certainly rebounded since we last discussed, closing Monday at $54.50 a share - compare that to the $11.28 price from last March. Nevertheless, investors remain concerned that the transition to Paramount+ will be a struggle for ViacomCBS considering the competition in the marketplace, lower profit margins for streaming services, generally - plus increased demand for content licensing - which includes renewing the NFL license. Photo Via Barrons.com Paramount+ 50% OFF By Cat Hough But, if you decide you want to subscribe to Paramount+ it would be worth mentioning that you can currently save 50% on a 1 year subscription to Paramount+.... Dropping the no-commercial option from $100 down to $50… you can also save on the commercial plan but, let’s be real --- who wants commercials?! In order to take advantage of it you’ll need to sign up via CBS All Access and you’ll need to do it no later than March 3 --- the discount code is paramountplus ((all one word and spelled out… no “plus” symbols)).. Now, if you aren’t already aware, we’ve got affiliate links on our website which help support this production… so if you plan to take advantage of the discount and sign up… please use our affiliate code! Photo Via CBS.com Star Trek Gaming News by Thomas Reynolds & Shane Hoover Tick-Tock on Temer Time By Thomas Reynolds By the time you’re hearing this, the 11th Anniversary and Klingon Recruitment Events will already be halfway over. Fortunately you only have to create your Recruit(s) before the 25th; you can complete the objectives at your leisure later. But if you haven’t started accruing Progress for the Temer yet, things are decidedly more desperate. With 14 days left, you’ll need at least a partial Zen buyout to complete it in time. The Temer’s full buyout price during the Event is 6000 Zen; the second-chance buyout will probably be the same. We recommend getting as much Progress as possible before hitting the bank, just to take some of the sting out. https://twitter.com/The_ZEFilms/status/1359313219052072961 Mary Chieffo Be sure to follow Mary Chieffo for all her latest projects! ripleyimprov.com/heartbeats Twitch.tv/RipleyImprov https://www.bespokeplays.com/contact-support 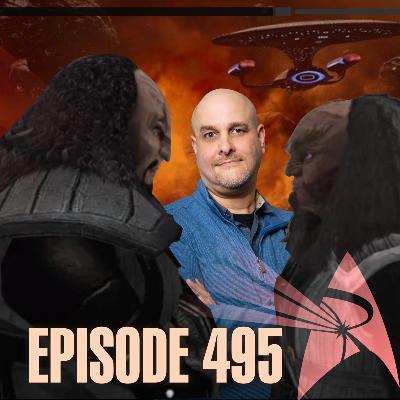 This week on Episode 495 of Priority One: We Trek Out what Brent Spiner is currently working on, how much of a Trekkie Robin Williams is, and Michael Chabon expands the universe with a dive into Free Cloud. Then, we continue our coverage of Star Trek Online’s 11th Anniversary with an interview featuring Design Director Al “CaptainGeko” Rivera! Of course, as always, before we wrap up the show, we’ll open hailing frequencies for your incoming messages Let us know on social media like Facebook, Twitter, or by visiting our website! TREK IT OUT Robin Williams And Neelix Over the history of Trek-dom, there’s been an exceeding long list of guest stars on Star Trek. Who’s your favorite Star Trek guest star? Mine is [Iggy Pop]. The crew of Voyager named some of theirs during a recent virtual GalaxyCon panel. Who made the list? In no particular order, Johnathan Rhys-Davies who played Leonardo DaVinci, Sarah Silverman showing up as a 20th century astronomer from Los Angeles, Jason Alexander and his big brain, and who could forget Dwayne ‘the Rock’ Johnson cooking up some gladiator-tights action. But what about those guest stars that never were? Robert Picardo said that he lobbied the writers pretty hard to get DeForrest Kelly onto the show, but unfortunately Kelly’s health was failing and he was not well enough to perform.  Also, some of you may recall that Robin Williams was a big fan of Star Trek, but you may not know that Neelix was one of his favorite characters. During production of Voyager, Williams was filming the Birdcage on the same lot and had a lovely encounter with Ethan Phillips. As Phillips recounted, “He sees me and goes, ‘Oh my God, Mr. Neelix!’ Then he does this whole routine about what it’s like to be a chef in outer space. ‘The eggs are floating, the pancakes are getting too big!’, a Robin Williams schtick. I had a private performance for like a minute and it was really funny. Then he came up, gave me a big hug and said, ‘I love your character, sir.’ Such a sweet, sweet man. I’ll never forget that.” Photo Via Trekmovie.com Brent Spiner the Showman If there’s ever a Star Trek actor who never takes themselves too seriously, it’s Brent Spiner. Those of you who have had an opportunity to see him on stage at a convention know that he’s a showman!... And even when he’s not supposed to be on stage, he manages to surprise his Star Trek colleagues with a cameo appearance. Well, even though he may have retired from the character of Data on Star Trek PIcard, Spiner is still willing to take us on an adventure… of his life! Whether via a web series like his 2011 Fresh Hell… or last year’s musical Brentwood, Brent Spiner knows his fans love him and will keep coming back for more! So, in keeping up with demand, Spiner has a announced a new book he’s working on titled, “Fan Fiction: A Mem-Noir: Inspired by True Events” In an exclusive interview with ScyFy Wire’s Vanessa Armstrong, Spiner describes the book as “a little bit of this and a little bit of that, but it's primarily fiction. There are slices of my own life in it, and then there are also people I have known…it's a mashup: It's a thriller, it's a comedy, it's a dark comedy. And it's partially a memoir, but none of it's real, really, even though a lot of things actually happened.” Unfortunately, according to the article, which parts of the story are true and which are false will be a closely guarded secret. Michael Chabon Talks Freecloud One of the whistle-stops on the Jean-Luc Revival Tour in Season one of Picard was a hotbed of commerce, villainy and bar gunfights. What we saw on screen was an easter egg filled skyline and two interior sets. But what you didn’t see was a whole 200 year history of a planet on the edge of known space. Straight from the notepad of Season one showrunner Michael Chabon, we bring you a full tourist guide to the anarcho-existentialist enclave known as Freecloud.You want geography? Its got a single continent surrounded by a mountain range which is in turn surrounded by a single ocean so wild you can only travel it by submarine. You want weather? Get a load of the full range of an M-class world, from polar caps to tropical jungle with mega-hurricanes and a monsoon season. You want history? Check out its tenuous neutrality, tacitly enforced by the Klingons, Romulans and Federation due to its status as a criminal, corporate and smuggling hub. You want politics? They’ve got a five sentence constitution and no organized police force… but every “Freec” aged 16 and up is a member of the militia. Basically for life. It’s a fun bit of world building that will no doubt make its way into every Star Trek Adventures tabletop RPG, either as a campaign setting or mission hub Star Trek Gaming News by Thomas Reynolds & Shane Hoover This Bundle Goes Up To Eleven (And Then Some) By Thomas Reynolds Captains, it might feel like we were just discussing the 10th Anniversary Legendary Bundle(s). It certainly does feel that way here at Priority One, at least. But STO’s racked up another year on the Final Frontier, and the game’s celebrating with the 2021 Legendary Bundle. Cryptic continues its tantalizingly slow roll-out of the Bundle’s four ships, so we’re holding detailed coverage until all is revealed in time. We do know this year’s Legendary Bundle comes in one tier and is largely composed of consumables, services, and items. We also know it will sell for a (discounted eighteen thousand, seven hundred and fifty)Zen from February 18th to March 4th. After that it reverts to its regular (twenty-five thousand)Zen price, so scrape them nickels and hit the dabo table. The Legendary Bundle isn’t just a purchase, it’s an  investment. 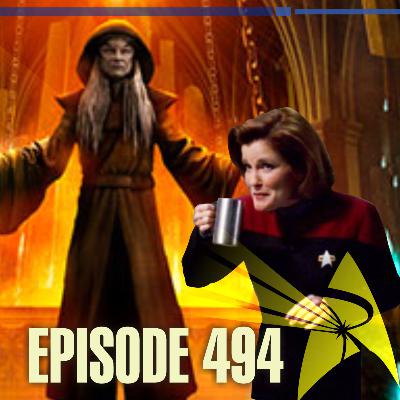 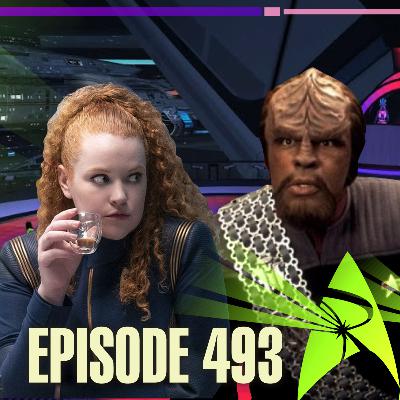 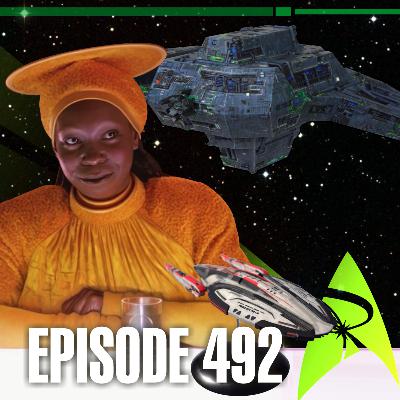 great show thank you for all the hard work