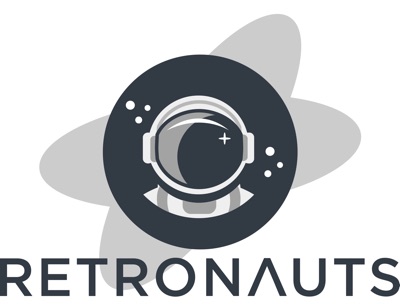 The original classic gaming podcasts continues its endless quest to explore the history of video games, one game at a time. Join hosts Jeremy Parish and Bob Mackey each week as they team up with a host of expert guests to chronicle the creations that have paved the way for today's hits. From forgotten black-and-white arcade machines to modern-day remakes, Retronauts spans more than four decades of vintage gaming greatness!
450 Episodes
Reverse

Jeremy Parish crosses realities to recruit Nadia Oxford and Jared Petty for an in-depth discussion of controversial Squaresoft RPG classic Chrono Cross on the occasion of its 20th anniversary in the U.S. (No weird accents or speech quirks… we pwomise.)  Artwork by Leeann Hamilton. Retronauts is a listener-supported show. Please help keep things running and get early access/exclusive backer-only episodes/other goodies by subscribing at https://patreon.com/retronauts!

You're listening to a free preview of Retronauts Episode 316: Nintendo Leaks. To hear the rest, and get two exclusive extra episodes every month, access to our previous Patreon-exclusive episodes, and early access to ad-free podcasts, please visit the official Retronauts Patreon.

Jeremy Parish and Diamond Feit set the wayback machine for feudal Japan to learn about the secrets of the Samurai Shodown series from Brandon Sheffield, who trawled the SNK archives to research and write the Samurai Shodown Collection. Art: Shaan Khan.

A diverse double-header this week as Jeremy Parish fields a patron request from Joseph Wawzonek to discuss Sony's Ape Escape before a chat with game archivist Leonard Herman about the history of chronicling game history. Art: John Pading.

The exciting conclusion to the saga we began back in... episode 283?! We talk about—yes—more really bizarre and nonsensical gaming input devices. For the full episode, go to patreon.com/retronauts

We're just a few days out from the release of Deadly Premonition 2: A Blessing in Disguise, so it's about time we take a look back at the first game that just happened to turn ten years old earlier this year. Back when it launched in 2010, Deadly Premonition stood as a budget oddity, at first only seen as a wacky, broken game that cribbed a little too hard from Twin Peaks. But over time, this open-world mystery became something of a mini-phenomenon, and generated a small cult of fans willing to look past the rough exterior to see the brilliant ideas tucked away inside. On this episode, join host Bob Mackey and guest supergreatfriend (Check out his YouTube channel!) as the two dig deep into the game that put SWERY on the map. Did you get all that, Zach? Retronauts is a completely fan-funded operation. To support the show, and get exclusive episodes every month, please visit the official Retronauts Patreon.

Just in time for another Toadstravaganza in the form of Paper Mario: The Origami King, Jeremy Parish joins Bob Mackey and Henry Gilbert to talk about the history of Nintendo's pluckiest little demi-mascot, Toad. He's the best! (Or so he says.)

You're listening to a free preview of Retronauts Episode 310: Silent Hill 2. To hear the rest, and get two exclusive extra episodes every month, access to our previous Patreon-exclusive episodes, and early access to ad-free podcasts, please visit the official Retronauts Patreon.

Friend of the show Shivam Bhatt features this week as we talk about two gaming topics dear to his heart: Sid Meier's Civilization and (by patron request of segment guest Bill Nielsen) Magic: The Gathering.

The days of remote access segments continue as Jeremy chats with Danny Russell from Sega UK about the evolution of Sega Forever, then connects with patron Mohammed Taher about hard-rockin' Famicom anime soccer RPG (whew) Captain Tsubasa. For the full episode (and access to all our patron-exclusive content!), go to patreon.com/retronauts and subscribe to the show at the $5/mo. level. Enjoy!

We've got a mighty haul of listener comments and questions from our last three Monkey Island episodes, so this week we've brought on series expert Nina Matsumoto (Thimbleweed Park cover artist and designer at Fangamer) once again to help us make some informed responses! Plus, after months of sitting on them, we finally read and respond to your requested input on our video game apparel episode! And to wrap up this installment, we chat about Dolores: A Thimbleweed Park Mini-Adventure, Monkey Island creator Ron Gilbert's quarantine gift to us all. So listen in and remain indoors, lest ye wantin' to be keelhauled! Be sure to pre-order Nina's newest book: Sparks! Double Dog Dare.

The Retronauts East crew reunites (virtually) to complete their journey through the 2020 Years in Review Revue, wrapping up with a look at 2010—a year overflowing with greatness! Jeremy Parish, Chris Sims, and Ben Elgin buckle beneath its weight.

Retronauts Episode 304 Preview: Back to the Future

You're listening to a free preview of Retronauts Episode 304: Back to the Future. To hear the rest, and get two exclusive extra episodes every month, access to our previous Patreon-exclusive episodes, and early access to ad-free podcasts, please visit the official Retronauts Patreon.

The original power trio (Jeremy Parish, Bob Mackey, and Ray Barnholt) talk about the system that isn't a Game Boy. It's the Game Boy Color! A completely distinct platform! One that often gets overlooked. In this episode, we un-overlook it.

Star Trek! Mega Man! These topics have nothing in common! Please enjoy two unrelated segments as Jeremy speaks to Diamond Feit about the very first Star Trek movie and its games before chatting with Nadia Oxford about very first Mega Man RPG.

Jeremy Parish, Bob Mackey, Kat Bailey, and Jason Wilson form up a guild and venture into the verdant history of Atlus's Etrian Odyssey series. Subscribe at http://www.patreon.com/retronauts for access to this and ALL exclusive episodes!

Our LucasArts adventure miniseries continues this week as we explore the developer's first (relatively) high-res adventure: 1997's The Curse of Monkey Island. This late-'90s release had a lot going against it: the series creator had left the company years ago, the two guys responsible for most of the previous games' humor and design were busy with other projects, and this third entry in the trilogy went for an art style far more exaggerated than what had come before. And somehow, they didn't screw it up. On this episode of Retronauts, join Bob Mackey and Nina Matsumoto (Thimbleweed Park cover artist and designer at Fangamer) for a super-size exploration of this once-long-awaited sequel. Be sure to pre-order Nina's newest book: Sparks! Double Dog Dare. Retronauts is a completely fan-funded operation. To support the show, and get exclusive episodes every month, please visit the official Retronauts Patreon.

Retronauts Episode 299: Worst of the Best

In this blast from the past, Jeremy Parish, Bob Mackey, Steve Lin, and Jason Wilson get together to talk about the worst games ever created by our favorite developers—and do our best to find a glimmer of goodness in the bad.

You're listening to a free preview of Retronauts Episode 298: Final Fantasy VII Remake. To hear the rest, and get two exclusive extra episodes every month, access to our previous Patreon-exclusive episodes, and early access to ad-free podcasts, please visit the official Retronauts Patreon.
See More
Comments (33)

While I realize the Retronauts gang can't possibly know everything about all videogames their collective gaps really show in this episode. Even with the preshow research done it's sorely lacking in facts and info related to the games they're covering.

I currently get both YouTube Premium and Google Music for $5 month. To think one podcast is the same value as both those services is ridiculous. I would happily pay $2, but $5 is too much.

Thanks for the free preview, so generous

Hollow Knight is sooooo much harder than this game. I melted every boss all the way to the end. You are doing something wrong, because you can cheese through these bosses extremely easy compared to something like Hollow Knight which demands pure mechanical skill.

There are so many inaccuracies in this one that it is really hard to listen to.

Here is a link to that Marshlander intro Nathan mentioned: https://youtu.be/fY8VjqdBCH0

Must be Friday, Bob's shiting on Genesis again.

Ray Barnholt's schtick is essentially pretending to not give a shit about recording a podcast interlaced by being triggered when other people get information wrong that he himself could've just said right in the first place.

the old logo was better

I've been listening to Retronauts since back in the 1up days. It is the best Retrogame podcast ever.

What the frick? You bought a ds for Mario kart 8? A console game from the future? Delete your patreon.

I feel like the villains in Temple of Doom were bad also. I mean, they were kidnapping children to use as labor in the mines and they were abusing them and sacrificing them. I'd say that's pretty bad. no it doesn't make any of the cultural insensitivity less important but that doesn't negate the fact that the bad guys in this movie are actually bad.

Yoooooo that guy that kept talking over everyone on the Suikoden episode killed it for me. Keep him off the cast in the future

One of my favorite podcasts. My only issue is how uptight, pessimistic and contrarian Jeremy Parrish tends to be but thankfully Bob Mackey and the guests tend to pull in the reins and balance things nicely. You've got someone to love while you've got someone to hate