https://gateway2thegods.com/2016/04/17/gateway-radio-interview-with-sophia-stewart-mother-of-the-matrix/ Tune in today@9pm EST.Call in to listen (646)929-2484. Our guest is Sophia Stewart creator of the matrix &terminator films. Sophia Stewart “Mother of the Matrix” According to Sophia Stewart , in 1999, after seeing the movie “The Matrix,” she filed a copyright lawsuit against the Wachowski Brothers, Joel Silver and Warner Brothers. She was shocked to learn that the movie was based on her original manuscript entitled the “The Third Eye,” which has a copyright, which dates back to 1981. The FBI also found during the course of their investigation that her copyrighted script was passed to James Cameron over at Columbia Pictures, and he infringed it as well for his movie “The Terminator.” “According to court documentation, an FBI investigation discovered that more than thirty minutes had been edited from the original Matrix film, in an attempt to avoid penalties for copyright infringement. The investigation also stated that credible witnesses employed at Warner Brothers came forward, claiming that the executives and lawyers had full knowledge that the work in question did not belong to the Wachowski Brothers. These witnesses claimed to have seen Stewart’s original work and that it had been often used during preparation of the motion pictures. The defendants tried, on several occasions, to have Stewart’s case dismissed, without success. FACEBOOK: https://www.facebook.com/sophiastewart4/ WEBSITE: http://matrixterminator.com BOOKS- THE THIRD EYE: http://matrixterminator.com/?page_id=38 THE MATRiX 4: http://matrixterminator.com/?page_id=34 Email: sophiastewart10@yahoo.com sophiastewart003@yahoo.com All Eyes On Me, Inc. 4030 South Jones Blvd.#31725 Las Vegas, NV 89103 Phone : 310-987-7862

BLOG LINK: http://gateway2thegods.com/2016/03/04/gateway-radio-interview-with-mary-helen-schmidt-animal-psychic/ Our guest tonight is Mary Helen Schmidt the animal psychic. Tonight we will take calls and chat about reading animals and find out how they feel and what they think. My Co-host Johnna Partain will help with this interview so Join us tonight @ 9pm EST by calling (646)929-2384 and recieve a free reading from the 3 of us. See you at 9!!! Her Links and Info Website: www.itsmynature-mhs.com Facebook: https://www.facebook.com/itsmynatureMHS/ phone: 817-821-9775

Tune in Friday 2/26/2016 @9pm EST to hear my inteview with Melissa McDonald. Call in to listen in on the show and to join the conversation. The number is (646)929-2384. BIO: Melissa is the founder and creator of the Healthy DivaGirl Lifestyle™. She’s also a public and motivational speaker, published author and certified transformational health, spiritual lifestyle and business coach for women but who want to live a first class life without limits. She helps transform women’s lives through one on one coaching, online digital courses and other products and services. The Healthy DivaGirl Lifestyle™ brand encompasses all my knowledge and experience and is a very unique program geared for female entrepreneurs. You can learn more about me here at healthydivagirl.com to receive a free guided meditation, healthy recipes and positive affirmations or set up a complimentary strategy session HER WEBLINKS: healthydivagirl.com/bookcoachingsession http://healthydivagirl.com

EPISODE 34 – Dead Air paranormal radio show 1-22-2016 (Empress Naima) BLOG LINK: http://gateway2thegods.com/2016/01/24/episode-34-live-showempress-naima/ THE SHOW STARTS @9PM!!! CALL UP (646)929-2384 for a free reading Live Tonight @9pm EST on Gateway Radio we will talk about Meditation, changing your vibration, Aliens, and ghosts. You can listen to us on your phone by calling (646)929-2384 or by going to the web link below. If you want to call and ask questions just dial that number. In this interview with Empress Naima, we talked about magic, spirituality and gave some free readings throughout the night. She is a psychic, card reader, a musician, and an entrepreneur. She owns her own record label and life coaching service business online through her website. You can find the link below. Her website: http://www.thebayouoracle.com

BLOG LINK: http://gateway2thegods.com/2016/01/16/episode-33-dead-air-paranormal-radio-show-1-15-2016-johnna-partain/ THE SHOW STARTS @9PM!!! CALL UP (646)929-2384 for a free reading Live Tonight @9pm EST on Gateway Radio we will talk about Meditation, changing your vibration, Aliens, and ghosts. You can listen to us on your phone by calling (646)929-2384 or by going to the web link below. If you want to call and ask questions just dial that number. In this episode my friend Johnna Pertain Joined me to do free readings and help people with their energy and health.

On todays show we have metaphysical rapper Joe Clase joining us to talk about his music, about metaphysics, and his group YB nation. Call in to listen to the show on your phone or call and press 1 to join the conversation. (646)929-2384 BIOGRAPHY: Joseph Clase was born in Brooklyn New York in 1990 and was raised in the borough of Queens up until he was 17. A revolutionary at heart Poeticneedlez delve into the intricate workings of the hidden hand at the young age of 16. Although a volatile youth Joseph was soon transformed by the various literary works and epiphanies which came to him as he progressed upon his life path. Transformed by the very illuminated knowledge of humanities oppressors, Poeticneedlez soon realized that the very knowledge of self that has been withheld from humanity for thousands of years was proactively being used by perverse individuals in order to subjugate and control humanity. Once unlocking his DNA, PoeticNeedlez began an endeavor to awaken his dormant kundalini energy and help raise the frequency of the planet. As of late Poeticneedlez is working with elite groups such as AstralQuest and RealmDynamics to help raise the consciousness of the planet. After joining the YB Nation towards the latter part of 2012, The Poet is currently working on a collective music catalog to help articulate the new scrolls of knowledge which have been revealed in this new day and age. Wholeness!

Make sure you tune in friday from 9-11pm EST. I have tarot reader She Ra Seven on the show to talk about magic and do free readings live on the air. You can follow her and watch some of her videos in the links below. Dont forget to call (646)929-2384 on friday to join the conversation and maybe you will be picked for a free reading. Website : http://lpadua11.wix.com/she-ra-seven-tarot?fb_ref=Default Facebook : https://www.facebook.com/shera.seven?__mref=message_bubble YouTube : https://www.youtube.com/channel/UC8NZeDmUEAK_f82zTuhohYw/videos Etsy Shop : https://www.etsy.com/shop/MagicalSparkleShop?ref=shopinfo_shophome_leftnav

BLOG LINK: http://gateway2thegods.com/2015/12/18/gateway2thegods-com-radio-with-host-ron-alpha/ THE SHOW STARTS @9PM!!! CALL UP (646)929-2384 for a free reading Live Tonight @9pm EST on Gateway Radio we will talk about Meditation, astrology, tarot, vegetarian lifestyle, and the latest issues with police. I want to thank Manish, Laviticus Love and Tara for calling in and helping me out with today's show. You can listen to us on your phone by calling (646)929-2384 or by going to the web link below. If you want to call and ask questions just dial that number.

We did this episode on "Dead Air radio" this is a network of shows that run (mon-fri). Our show is every friday from 9 - 11pm EST. We talked about energy vampires and astrology. I had my friend Rose come on and speak about it, she also helped me do readings for callers. This was a great episode, so listen and next week call in and join us. the number is (646) 929-2384 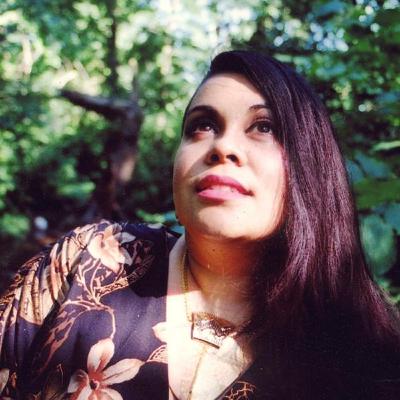 http://gateway2thegods.com/2015/03/08/gateway-radio-episode-26-mary-josephine-soul-singerentrepreneur/ In this interview I talked with Mary Josephine. She is a soul singer and entrepreneur. Mary Josephine is the CEO and creator of "IAM" Artist Inspired Movement. I got a chance to play some of her songs on the show and we talked about her business and how she plans on helping fellow entertainers learn how to market their brand. She is such a giving person, lets give her something back and support her music. click on the links below to see more of Mary Josephine. Instagram: @inspiredartistmovement | @josirsmusic | @mjosephinemusic Twitter: @inspiredartistm | @josirsmusic | @mjosephinemusic Youtube: https://www.youtube.com/user/MJosephineMusic Bandcamp: http://mjosephine.bandcamp.com 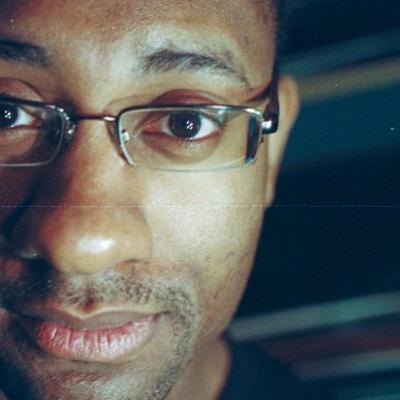 http://gateway2thegods.com/2015/03/04/gateway-radio-episode-25-dj-priority-producerdj/ In this interview I talked with an old friend who goes by the name DJ Priority. We talked about how he got started and what helped him become a great producer. We played a few records of his and talked about his viewpoint on Music, life and Spirituality. This is a great interview, I hope you enjoy it. Check out his music and find out more about him in the links below. Website: http://www.djpriority.com Facebook: https://www.facebook.com/djpriority Twitter: https://twitter.com/djpriority Soundcloud: https://soundcloud.com/djpriority Email: djpriority@gmail.com

http://gateway2thegods.com/2015/02/17/episode-24-paul-santisi-music-mastermind-a-collaboration-of-consciousness/ In this episode I interviewed my good friend Paul Santisi. He introduced his new music network called The "Paul Santisi Music Mastermind". This is a collection of positive feel good music of all genres put together as a collaboration of consciousness. He also introduced a few of his artists and offered us a free Mix Tape of 15 songs. Please check this out and go download some free music at the link below. Web: www.paulsantisifreemusic.info (15 free positive feel good songs) Youtube: https://www.youtube.com/channel/UCoFRRURgemC5EdD1ILHTFjA/feed

Here is our end of the year "Top 13 interviews of 2014" Episode of Gateway Radio. I really enjoyed talking to every guest that appeared on the show this year. These people made the largest impact on me as a person and, I really learned a lot from them. I grabbed bits and pieces of each show and put them together in one episode for you guys to hear. I hope you enjoy this show as much as I have. Thanx again for listening....see you in 2015!!! TOP 13 ----------- 1James Power 2 Anyextee aka Next 3 Victor Castillo 4 Victoria Vives 5 Paul Santisi 6 Dr. Gary Douglas 7 Sheena She 8 Que of peace denim clothing 9 Alex Teplish 10 johnna Partain 11.Daizy October 12.Wilfredo Lassalle 13.Laviticus Love

Episode 22 - Victor Castillo (spiritual teacher / kundalini yoga instructor) http://gateway2thegods.com/2014/12/19/gateway-radio-episode-22-victor-castillo/ Today I Interviewed Victor Castillo. He is a musician, spiritual teacher and a kundalini yoga instructor. I really want you guys to sit and listen to what he says in this interview. It really hit home. I met him about 7 years ago at a show and He said something to me that changed my whole perspective on life and how I was living. I want you to feel this one!!! For more information about Victor check out the links below Music: http://www.reverbnation.com/victorcastillojr?profile_view_source=header_icon_nav Artwork(Facebook page): https://www.facebook.com/victor.castillo.56481379

http://gateway2thegods.com/2014/11/10/gateway-radio-episode-21-mike-nnebe-astrologernumerologist/ In this episode I interviewed Mike Nnebe. He is an astrologer, tarot reader, psychic, rapper, and numerologist. We talked about his music and we also spoke about spirituality and how to find your own way and find your path in life. Sometimes we get confused with so many theories on life, you have to figure out what is the right path for you. We also discussed the struggles that come with each sign of the zodiac. I really enjoyed this show and I would appreciate it if you guys could check out Mike’s website and music. WEBSITE: http://thepeacedealer.com SOUND CLOUD: https://soundcloud.com/rhymeskeem YOUTUBE: https://www.youtube.com/user/MysticIlluminations/videos

In this episode I talked with international Healer Johnna Partain. She heals people from far away. She can heal broken bones, diseases, heart ache, any kind of blockage in the body and she is also a medium. She has worked with all kinds of people including the FBI. Please check out her website and give her a call. Website: www.johnnapartain.blogspot.com Phone number: (469) 730-6850 Email: Findinggroundhealing@gmail.com Facebook: www.facebook.com/johnna.partain Twitter: @johnnapartain

http://gateway2thegods.com/2014/09/13/gateway2thegods-com-podcast-ep-19-tewsly/ In this episode I interviewed TewSly. He is a rapper, singer and producer who has a message. We talked about spirituality, the music industry, fake rappers, and also some of the hardships he's had in his life. I really enjoyed our talk, for a such a young guy he is a mature human being. Below are some links on how to find him. LINKS: https://soundcloud.com/tewsly SOUNDCLOUD: https://soundcloud.com/gmackbeats https://soundcloud.com/eogmusick REVERBNATION: http://www.reverbnation.com/gmackbeats http://www.reverbnation.com/tewsly TWITTER: https://twitter.com/2Sly_GMackBeats YOUTUBE: https://www.youtube.com/channel/UCDATkVeefNw-knZ3U_YLV0w/videos INSTAGRAM: http://instagram.com/tewsly

http://gateway2thegods.com/2014/08/23/gateway2thegods-com-podcast-ep-18-victoria-vives/ In this episode I talked with Victoria Vives. She explained why it is important for us to meditate and get rid of all our stress and anxiety. She also allowed us to play some of her music on the show. She has an awesome voice. Please if you have the time, check out her website and her videos on meditation and metaphysics. The links are listed below. Website: http://victoriavives.com Youtube https://www.youtube.com/channel/UCorH_xFmSscDZl7fJOzputg Facebook https://www.facebook.com/victoriaviveskhuong
See More
Comments