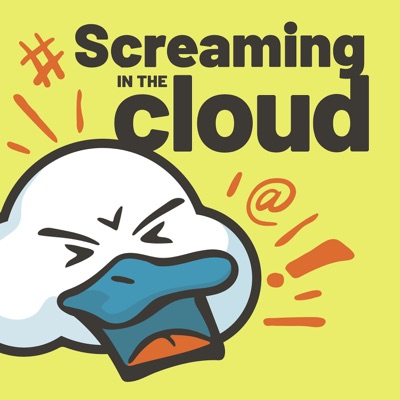 Screaming in the Cloud

Screaming in the Cloud with Corey Quinn features conversations with domain experts in the world of Cloud Computing. Topics discussed include AWS, GCP, Azure, Oracle Cloud, and the "why" behind how businesses are coming to think about the Cloud.
236 Episodes
Reverse

Innovations and the Changing DevOps Tides of Tech with Nigel Kersten

All Along the Shoreline.io of Automation with Anurag Gupta

Keep on Rockin’ in the Server-Free World

Network Agility for the Cloud Era with Alkira

Inspiring the Next Generation of Devs on TikTok with Scott Hanselman

Secure Your Environment in One ExtraHop with Guy Raz

The New Docker with Donnie Berkholz

The Law of Cloud Entropy with Owen Rogers

it seems the volume changes from high to low every few seconds. please fix?