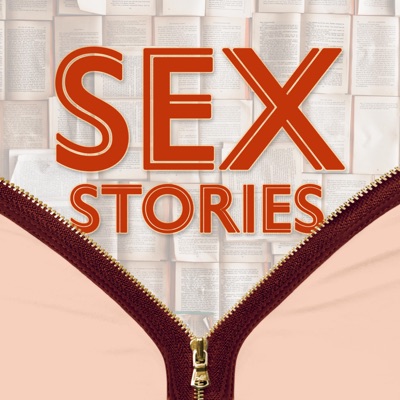 A podcast of fucking inspiration for intelligent sex fiends who enjoy dirty details. Warning: has been reported to cause increase in libido, dirty talk, and twinkles in eyes.
99 Episodes
Reverse

89 | We Started Having Sex in Public: Mae’s Sex Stories

83 | This One Time I Met A Sex Guru: Cameron’s Sex Stories

Marie (26, queer cis F) can cum from thinking, and Daniel (26, pan trans M) has never been wetter in his life than when he’s with her, in spite of the fact that being on testosterone is supposed to make you drier. They met on twitter and are clearly soulmates. She has hyper-sensitive nipples (and body in general!), grew up Catholic, had some nonconsensual trauma in early experiences, and didn’t really start exploring her queerness until college. He uses his non-dominant hand for sex, grew up evangelical Christian, was raised as a girl and transitioned at 22. They claim not to be kinky, but he’s tied her up with his church tie ;)

Phil (24) has had big balls since he was a baby, mostly hooked up with chicks in high school and college, but discovered his kinky, freaky and queer side post-graduation when he moved to SF. He’s into Grindr, lots of sex, slapping, choking, spitting, tying, group play, recording, piss play, anonymous play, married men, hotel sex AND is a big huge sweetie pie.

Renee has been married for three decades, waited til marriage, and has dirty fantasies that are too much for her husband. She’s gleefully sexy and regales Wyoh with tales of quiet little sins, fears of dying a virgin, THE BEST SEXTING STORIES EVER, and adventurous things she’s gotten her incredibly sweet husband to try. (White, Female, she/her, 49, 30 years married, conservative Christian, raised Southern Baptist, Texan)

What goes through a kinky submissive’s head the first time she submits? And second? And third? And why does this sex podcast exist in the first place? In this episode, host Wyoh Lee shares her extremely explicit, personal journal entries, recording her first three sessions with her former Master, the origin story of her obsession with explicit communication, sex, and slavehood.
See More
Comments (15)

the show is great...love the hostess with the mostess

awesome series. I've loved every episode so far. wyoh really is a great interviewer and gets the most out of her guests. all light hearted and fun.

20 minutes of cuddling, then you can trot along home. ???

holy shit. that was truly amazing!

recently found this podcast and am totally loving it!

Wow, the title of this episode is so apt. It's awesome to hear other people's journey through this part of life. It's something we all have in common but each of us have so many custom settings and options that we can adjust, combine and discover. it's so cool to hear such candid accounts of a woman's experiences, particularly what she really likes.

god this feminist is such a buzz kill

I love listening to her voice, it's so sexy it really turns me on.

is it me or does he sound like Dr. Oz...Good episode.