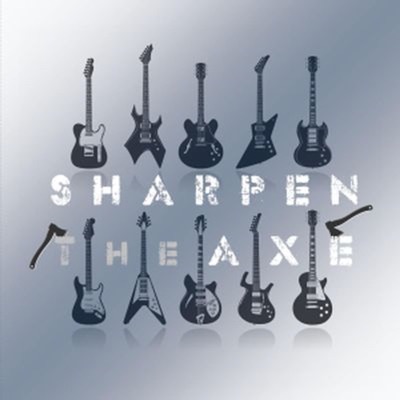 Wood. Metal. Circuitry. Speakers. The base components of the equipment that translates the melodies in your head and hands to the audience. From checking out the latest innovative designs to finding out the backstory behind legends and classics, join hosts Paul Berezetzky and Eric Lucero as they explore the ever-growing world of guitar and bass gear. They will review gear on-air and interview artists about the sounds that inspired them in the first place and how they created their signature tones, as well as the makers and leaders of the new brands changing the sonic landscape. In the community spirit they are here to share their knowledge with listeners and help you find the tone you’re looking for!


Eric Lucero is an instrument and audio specialist whose expertise in audio gear stems from years of hands on experience. After years of wondering “How’d they get that sound?!” and amassing large amounts of ostensibly useless knowledge in pursuit of the answers, Eric remains fascinated with anything that can produce or manipulate sound and affect tonality.

Paul Berezetsky is a guitarist who, after more than 20 years of playing, has achieved a level of world-class mediocrity. An obsessive tone snob, Paul always looks for the Goldilocks zone in every guitar, amp and effects pedal he comes across, constantly trying to walk the fine line between creating cool sounds and maintaining the raw organic quality of the guitar.
40 Episodes
Reverse

On this episode we look at 3 of Analog Alien pedals including the Twister, Bucket Seat, and the Fuzzbubble 45! We are joined by the two brothers that started this company, Jack and Joe Napoli. Jack and Joe talk about how their dissatisfaction with all the one-trick-pony, character sucking pedals they were using in their recording studio led them to start building their own pedals. Their aim was to pack the sound of legendary vintage amps infto a simple but versatile pedal design. What started out with a few custom orders turned into a burgeoning company that is gaining devotees the likes of Joe Walsh (The Eagles), Pino Palladino (The Who), Joan Jett and Susan Tedeschi.http://www.analogalien.com/

Paradox Effects is a company located in the border town of Tijuana, BC, México which started in late 2013."We decided to start our own company after talking about building our own pedals to make music, experimenting with electronics and making noise that satisfied our needs. Now Paradox has a line of pedals that go from oscillation Fuzzes to Delays with modulation. Our objective is not only to build pedals with high quality standards that meet a musician’s needs, but also to build devices that propose a universe where the duality of Sound and Visual are justified. We believe these devices to be a creative extension of the user, becoming something unique when used to make music.Quality, Unique tones, Ergonomics and Experimentation are the values we seek to portray. Each one of our pedals is made by non replicant human hands in Northern México."http://paradoxeffects.com/

Prisma Guitars Founder Nick Pourfard joins us in the studio for this episode. We check out some of the latest creations from Prisma, famed for building one of a kind instruments from repurposed skateboards. Nick talks about his recent gruosome injury, when while working in his shop he severed off 2 of his fingers, and badly damaged the rest. Luckily, surgeons were able to reattach but Nick is still struggling to regain normal function. Undeterred, he continues to build and innovate, continuing to put out some of the most unique guitars in the boutique space.https://www.prismaguitars.com/

This episode features violinist (and all around rockstar) Melissa Barrison! Melissa uses a variety of effects when she plays so we're going to try some out today with her AXE!Featured Products: Voodoo Lab Sparkle DriveFuzzrocious Pedals Grey StacheTC Electronic QuintessenceSource Audio Lunar PhaserWalrus Audio ARP-87 DelayMXR M300 Digital ReverbAbout Melissa: Melissa Barrison is an all-genre violinist steeped in classical training but fluent in fiddle/bluegrass, jazz, rock, gypsy, blues, reggae and more. Melissa has played for artists such as Rihanna, Future of Forestry, Louis XIV, and opened for Cee Lo Green, Pepper, POD and The Killers. She has made television appearances on the Ellen DeGeneres Show and the Marie Osmond Show and has also performed in the NHL Pre-Game Show and NBA All-Star Game Half-time Show.Watch the video version here:https://www.youtube.com/watch?v=ReLeD_9ejlo&t=355s

Powered by EnterTalk Radio:http://EnterTalkRadio.com/https://www.pitbullaudio.com/http://www.godinguitars.com/godinwhatsnew.htmlHosts Eric Lucero and Paul Berezetsky talk with Steve Fister about his career, the products he uses, and answer some questions that fans chimed in with! Steve Fister is guitarist, singer, and songwriter. He has performed and recorded with many artists such as: Steppenwolf, Bon Jovi, King Kobra, Quiet Riot, Joe Satriani, to name a few. His songs have also been featured in the Rock Band video game, as well as on HBO, ABC, NBC, Saturday Night Live, Showtime, “E,” VH1, MTV, Fox Sports, the Howard Stern show and the History Channel. Steve has played guitar with many diverse, and talented artists. He served as guitarist and musical director in Lita Ford’s band, on her worldwide tours with Bon Jovi, Yngwie Malmsteen, and Poison. He has toured and recorded with, The Pat Travers Band, Micheal DesBarres, John Kay and Steppenwolf, Stu Hamm, Jack Casady, and Tommy Tutone.Steve has produced 9 solo records, including the his "Live Bullets" which reached #2 on the European Blues charts. His current release is entitled "The Steve Fister Electro Acoustic Band" The trio that has been road tested in Europe with over 250 shows including support tours and shows with Joe Satriani, Walter Trout, and Y&T. https://www.stevefister.com/Products Shown:GODIN MONTREAL PREMIERE SUPREME:http://www.godinguitars.com/godinpremieresupreme_39852.htmlGODIN SUMMIT CLASSIC LTD:http://www.godinguitars.com/godinsummitclassicltd_42623.html

Episode 31: Diary of a Guitar Tech

This week, Co-Hosts of Sharpen The Axe - Eric Lucero and Paul Berezetsky - interview Sean Hutchinson of Hutch & Sons Guitar repair, the resident Guitar Tech at Pitbull Audio.You can check them out here:https://www.pitbullaudio.com/http://www.hutchandsonsrepairs.com/Watch the Video Version:https://www.youtube.com/watch?v=1gr_jIWGqSo

Marty Friedman began his career as a Shrapnel solo recording artist and later joined forces with Jason Becker to form the unrivaled dual guitar unit, “Cacophony”, who have a strong influence on today’s top guitarists. Amassing worldwide acclaim as a guitar superstar, he came to the attention of Megadeth. Racking up sales of over 10 million records with Megadeth, Friedman continued to record solo records, often embarking on adventurous musical forays far removed from his work with Megadeth, including an album with Golden Globe winner Kitaro.In a bold move, he left the legendary Megadeth to pursue new musical goals and has succeeded tremendously. Friedman’s many accomplishments make him currently the only musician to be a fixture in the top class of the Japanese domestic as well as international music scene.MARTY FRIEDMAN’s new album, Wall Of Sound, which will be released on August 4, 2017, expands and destroys any conventional notions of instrumental music. It was produced by Friedman, engineered by Paul Fig (Ghost, Rush, Alice In Chains) and mixed by Jens Bogren (Lamb of God, Opeth). Legendary Queen producer, Mack, came on board to handle the mixing on two tracks, “Streetlight” and “For a Friend”, which Friedman proclaimed was, “an honor for me, for sure”. https://www.martyfriedman.com/

On this episode we look at pedals around $100 from BOSS, Hotone Audio, Ibanez Guitars, Mooer , and TC Electronic. This is a nice mix of stomp boxes that can form a solid foundation for a good giggable pedal board. Less about boutique unicorns and more about real world utility, we give you some ideas on where to start when building your board.