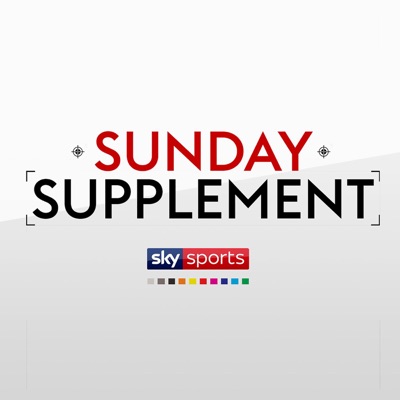 Some of the nation's finest football writers bring you the biggest stories and talking points.
258 Episodes
Reverse

The battle for European places, relegation ramifications and what should Leeds’ priorities be?

Clare Tomlinson is joined by the Mirror’s John Cross, the Daily Mail’s Raith Al-Samarrai and ESPN’s James Olley as they discuss the latest talking points from the football world including, the battle for the European places on the final day of the 2019/20 season. What the ramifications are for relegation from the top flight as well as debating what Leeds’ priorities should be ahead of their return to the Premier League.

Arsenal defy the odds to reach FA Cup final, fans to return to stadiums and Leeds promoted back to the Premier League

Clare Tomlinson is joined by the Daily Mail’s Sami Mokbel, Rory Smith of the New York Times and Northwest football reporter Dominic King to discuss all the latest talking points from the world of football including, Arsenal’s masterclass performance against Manchester City, the Governments plans on allowing fans to return to sporting events and Leeds’ promotion back to the Premier League.

On this morning's Sunday Supplement the panel discussed Norwich's relegation from the Premier League, a look ahead to the North London Derby and how Jose has affected Spurs. As well as a look into the fixture draw for the Champions and Europa League.

Claire Tomlinson is joined this week by Simon Mullock, Melissa Reddy and Rob Harris as they discuss Manchester United's great run of form, the battle for Premier League survival and the financial trouble in the EFL, including Wigan Athletic entering administration.

Liverpool side ‘one of their best ever’ and does Klopp need to strengthen?

Clare Tomlinson hosts a discussion on the week's major football stories, as the game's leading journalists give their opinion on all the latest news.

Problems at Arsenal, the return of Paul Pogba and Marcus Rashford's successful campaigning

Clare Tomlinson is joined by Darren Lewis from The Mirror, The Sun's Neil Custis and Martyn Ziegler from The Times to discuss all the latest talking points from the world of football.

On today's episode the panel discuss the current issues of racism within football and what the Premier League can do to help. They also discuss the return of football and the curtailment of Leagues One and Two.

Claire Tomlinson is joined by The Independent’s Miguel Delaney, Steve Bates from the People and the Daily Telegraph’s Matt Law to discuss the latest football headlines.

The PL is back, will fans be in stadiums and what’s happening with the Newcastle takeover?

Geoff Shreeves is joined by The Times’ Matt Dickinson, Melissa Reddy from the Independent and the Daily Star’s Jeremy Cross to discuss the latest football headlines.

Geoff Shreeves is joined by Jason Burt of the Telegraph, Shaun Custis of the Sun and The Times'Alyson Rudd to discuss the latest football headlines.

Project Restart, the return of the Bundesliga and Rooney critical of LVG sacking

Geoff Shreeves is joined by Jonathan Northcroft from the Sunday Times, the Telegraph's Sam Wallace and Ian Ladyman of the Daily Mail to discuss all the latest talking points from the world of football.

When and how will football return? LVG blames Woodward for dismissal!

Geoff Shreeves is joined by Paul Hayward from the Telegraph, The Mirror's Andy Dunn and Mark Ogden of ESPN to discuss all the latest talking points from the world of football.

Could De Bruyne leave Man City? Should the PL be completed abroad?

Joining Geoff Shreeves on this week's show is Oliver Holt from the Mail on Sunday; Matt Lawton of The Times and Darren Lewis of the Mirror.

Should the season be voided? The Players Together initiative and Newcastle's Saudi takeover

Geoff Shreeves is joined by The Times' Henry Winter, John Cross from the Daily Mirror and Martin Samuel from the Daily Mail to discuss if the Premier League and Football League can safely finish the football season or whether voiding all results is inevitable with other leagues from around Europe announcing their plans. Plus, the charity work the players have undertaken with the #PlayersTogether initiative, an update on pay cuts for players at Premier League clubs and Newcastle's potential Saudi Arabian takeover.

When will football return? Should the Premier League be doing more to help?

Jacqui Oatley is with Henry Winter from The Times, Oliver Holt from the Mail on Sunday and Miguel Delaney from The Independent to give their opinion on all the latest news.

How will coronavirus impact the football season an Liverpool's Champions League despair.

On this morning's Sunday Supplement Jacqui Oatley is joined by Martin Samuel, Alyson Rudd, Rob Harris & David Maddock as they discuss the ramifications of the Coronavirus on the football season, Jurgen Klopp's reaction to Liverpool's Champions League exit at the hands of Atletico Madrid and whether Phil Neville's position as England Lionesses's manager is under threat.

Was Mourinho right to criticize Ndombele, Fernandes' impact at Old Trafford and what does the future hold for Neville and the Lionesses.

On this morning's Sunday Supplement Caroline Barker is joined by Paul Hayward, Andy Dunne & Rob Draper as they discuss Jose Mourniho’s criticism of Tanguy Ndombele’s performance against Burnley, the impact of Bruno Fernandes on Manchester Utd and whether Phil Neville's position as England Lionesses' manager is on the line.

On this morning's Sunday Supplement Jacqui Oatley is joined by Dominic King, John Percy & John Cross as they discuss Liverpool's shock defeat to Watford, the relegation battle and a look ahead to the Carabao Cup.

Time to abandon VAR? A year of Rodgers at Leicester & the Championship promotion race

Jacqui Oatley is joined by Jonathan Northcroft of The Sunday Times, Darren Lewis of The Mirror and Jeremy Cross of the Daily Star for a discussion of all the major football stories.

Will Man City stars stay, Liverpool march on and will Chelsea knock Utd out of the top 4 race?

Kick it Out, Give Racism the Red Card, No to Racism or even Runnymeade are all perfectly good charities to support in Britain to combat racism... None of them have contributed to the injuries & deaths of police officers. So why aren't they on the back of players shirts for the restart? I suppose none of them are as catchy as BLM? Furthermore why are the NHS singled out for praise for the covid response? Are the deeds of retail workers, ship workers and care homes not as valid? Its a jumped up publicity stunt, it's shameful, truly shameful. Fuck racism and fuck this bloviated charade!

boring, really this show needs to find a decent talking point besides going to var every chance they get

absolute joke, 23 minutes on man u and 4 on liverpool. worst part is, them 4 minutes are spoken by a fat scumbag who's no allowed near anfield or melwood

brilliant listening to this on 29th April. their views on solskjaer. 😁😁😁😁

I wish the audio was better. I really have to crank the volume in my car on this particular podcast. love the info and thoughts but it's such hard work!

Couple of ridiculous statements from Cross. You have to win the World Cup to be an all-time great? So Messi and Cristiano Ronaldo aren't all that because they haven't won 1 tournament? Dear oh dear.

brilliant to hear so many journalists be so wrong on every front from England team selection to Sam allardyce. I guess if you don't really travel out of the south of England that's what you know! great listen though

ooh I could crush a grape