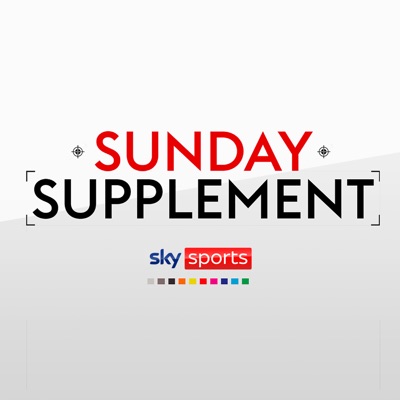 Vicky Gomersall is joined by Darren Lewis to bring you the biggest stories and talking points in football.
288 Episodes
Reverse

Chelsea delay City's coronation, race for the Champions League heats up, and previewing the final day of the WSL

Vicky and Darren are joined by Ryan Taylor to look at an eventful game between Champions League finalists Manchester City and Chelsea, who snatched a late winner to delay City's PL title coronation. The race for the top four tightens after Leicester leave the door open following a heavy defeat to Newcastle, and a dramatic final day in the WSL is previewed.

Inside track on United v Liverpool with Andy Cole, potential Arsenal takeover, and City close in on the title

Vicky and Darren are joined by Andy Cole to get the inside track on the biggest game in English football - Manchester United against Liverpool. They also discuss the potential takeover of Arsenal by Spotify co-founder Daniel Ek, whilst Manchester City close in on a fifth Premier League title.

The rise and fall of the ESL, can Ryan Mason secure Spurs silverware and why is English football coming off social media?

Vicky and Darren are joined by Clinton Morisson to reflect on a frenetic week in football with the rise and fall of the European Super League in the space of a week and also look at why English football has taken the stand to come off social media and the impact that will have on tackling online abuse. They also look ahead to the Carabao Cup Final where Ryan Mason will lead his boyhood Spurs out against Man City as they look to win their first trophy for more than a decade.

City's quadruple hopes ended by Chelsea, Newcastle creep towards safety and will Kane be fit for the Euros?

Vicky and Darren are joined by Lianne Sanderson to reflect on Chelsea's FA Cup victory over Man City, ending Guardiola's side's hope of an historic quadruple, whilst Newcastle survive a scare against 10 man West Ham to improve their bid of staying in the PL. Also, after Harry Kane's injury late on against Everton, they discuss his chances of being fit for the Carabao Cup final next week, and this summer's Euros.

Leeds stun City, will Kane leave Spurs and has Trent done enough for a Euros call up?

Vicky and Darren are joined by Gabby Agbonlahor to discuss the possibility of Harry Kane leaving Tottenham at the end of the season after it was reported that he would ask to leave if his boyhood club didn't get Champions League football for next season. Trent Alexander Arnold's chances of going to the Euros are discussed after his resurgence in form, and Leeds snatch a late winner at the Etihad.

Man City march towards the title, big win for Liverpool at the Emirates and where will Haaland end up?

Vicky and Darren are joined by Clinton Morrison to look back at an emphatic win for Liverpool against Arsenal to bolster their claim to get into the top four after a disappointing title defence. They also discuss Man City's convincing win over Leicester, where Erling Haaland may end up in the summer and Vicky speaks to Dean Smith about his Aston Villa side.

Vicky and Darren are joined by Lianne Sanderson as they discuss a huge clash in the fight for respective European places between West Ham and Arsenal, whilst Tottenham look to end a disappointing week on a high in their match against Aston Villa. Ally McCoist joins from Celtic Park to preview an Old Firm game where Celtic can stop Rangers from going unbeaten

Vicky and Darren are joined by Clinton Morrison to look ahead to a huge North London Derby as both sides look to make a push towards the European places, whilst Man United and West Ham is also previewed, as both of them hope to secure Champions League football for next season. Jess Creighton joins the show to look at this weekends Women's League Cup action.

Vicky and Darren are joined by Andy Cole to look ahead to a huge game at the top of the PL table in the Manchester Derby as he reflects on his illustrious career. Liverpool's shocking start to 2021 continues, and there is more VAR drama at Turf Moor as Arsenal are denied multiple penalties. Vicky also speaks to Pep Guardiola to find out the only part of management he doesn't enjoy

Big game at the Bridge, VAR madness at the Hawthorns and what keeps Mourinho up at night?

Vicky and Darren are joined by Clinton Morrison to look ahead to a huge game in the race for the Champions League spots between Chelsea and Man United - who haven't lost on the road for more than a year. They also look at how Man City have been able to keep up their unrelenting form as well as the VAR controversy from the Hawthorns.

Everton win at Liverpool for the first time this century, Tuchel hits out at Hudson-Odoi and Arsenal v Man City is previewed

Tom White and Darren Lewis are joined by Darren Bent to look back at an historic Anfield victory for Everton, who beat Liverpool in their own back yard for the first time since 1999, as the champions suffer yet more injury troubles. They also analyse Thomas Tuchel's decision to sub off substitute Callum Hudson-Odoi and look ahead to Arsenal v Man City.

Vicky and Darren are joined by Gabby Agbonlahor to discuss where Liverpool's title defence has come unstuck after Jurgen Klopp concedes they can no longer win the title. Man City's unrelenting good form is discussed after the league leaders go seven points clear. There is also an extended interview with Mikel Arteta, and the WSL is previewed

Vicky and Darren are joined by Lianne Sanderson as they preview the potential title showdown between Liverpool and Man City with interviews from both Trent Alexander Arnold and Jurgen Klopp. Everton's last gasp draw against Man United at Old Trafford is looked at and there is more VAR controversy at Craven Cottage

Vicky and Darren are joined by Clinton Morrison to discuss the recent surge in online hate towards footballers and what can be done to tackle the abhorrent abuse that they are subjected to on social media. Liverpool's defensive worries are worsened after both Fabinho and Joel Matip are injured, but will that lead to a deadline day acquisition? Man Utd also let a good chance to close the gap on the Man City slip away with another goalless game against a Top 6 side.

Vicky and Darren are joined by former England international Darren Bent to preview the biggest PL game of the season so far between Liverpool and Man Utd - who could go six points clear with a victory at Anfield. Also discussed are the new COVID protocols regarding celebrating goals and looking at what the future holds for Mesut Ozil who's Arsenal nightmare looks set to come to an end.

Man Utd go joint top, Arsenal's young guns do the business and should there be a circuit breaker?

Vicky and Darren are joined by Gabby Agbonlahor to discuss the flouting of rules by PL players and whether or not there should be a circuit breaker to stop the rise of cases in the league. Arsenal's youngsters get them into European contention and Man City v Chelsea is previewed.

Arsenal hit back with impressive win over Chelsea, Klopp speaks Salah and what does the future hold for Dele?

Tom White and Darren are joined by Gabby Agbonlahor to discuss Arsenal's crucial victory over Chelsea which has led to question marks over the Blues' title credentials, whilst Jurgen Klopp speaks about Mo Salah's future and Dele Alli's future is in the limelight following more criticism from Jose Mourinho

Liverpool put seven past Palace, Mourinho talks touchline antics and are Arsenal in a relegation battle?

Vicky and Darren are joined by Clinton Morrison to discuss Liverpool's thrashing of Crystal Palace that ensure they are top of the tree at Christmas, Arsenal's potential relegation battle and there is an extended interview with Jose Mourinho. Mo Salah's Liverpool future is also discussed, after he is left on the bench following an interview with Spanish publication, AS.

Vicky and Darren are joined by Darren Bent to look back at a drab Manchester derby, Chelsea's defeat at Goodison Park to Everton and to assess Paul Pogba's future after comments by him and his agent. Events in Paris from midweek are also discussed, as to whether the protocols in football regarding racism and leaving the pitch need to be changed.

Anton Ferdinand, the FA and Kick it Out discuss racism in English football, the NLD is previewed and United come back again

Vicky and Darren are joined by Anton Ferdinand to talk about his new documentary Football, Racism and Me, whilst Troy Townsend from Kick it Out and The FA's Edleen John condemn the booing of players taking the knee at Millwall. The North London Derby is previewed with Mikel Arteta and Jose Mourinho, whilst they also look back at yet another come back and win on the road for Man Utd.
See More
Comments (22)

fat water buffalo how is this racist?? this show is getting worse with all their virtual signalling

This show is going downhill fast. Used to be crammed with great writers.... Clinton Morrison stating that scoring a hat-trick will give Mo Salah "mad" confidence... 🤦‍♂️

Seriously, swerve all the political talk and just concentrate on the football. This show has seriously been shite since Neil left

Kick it Out, Give Racism the Red Card, No to Racism or even Runnymeade are all perfectly good charities to support in Britain to combat racism... None of them have contributed to the injuries & deaths of police officers. So why aren't they on the back of players shirts for the restart? I suppose none of them are as catchy as BLM? Furthermore why are the NHS singled out for praise for the covid response? Are the deeds of retail workers, ship workers and care homes not as valid? Its a jumped up publicity stunt, it's shameful, truly shameful. Fuck racism and fuck this bloviated charade!

boring, really this show needs to find a decent talking point besides going to var every chance they get

absolute joke, 23 minutes on man u and 4 on liverpool. worst part is, them 4 minutes are spoken by a fat scumbag who's no allowed near anfield or melwood

brilliant listening to this on 29th April. their views on solskjaer. 😁😁😁😁

I wish the audio was better. I really have to crank the volume in my car on this particular podcast. love the info and thoughts but it's such hard work!

Couple of ridiculous statements from Cross. You have to win the World Cup to be an all-time great? So Messi and Cristiano Ronaldo aren't all that because they haven't won 1 tournament? Dear oh dear.

brilliant to hear so many journalists be so wrong on every front from England team selection to Sam allardyce. I guess if you don't really travel out of the south of England that's what you know! great listen though

ooh I could crush a grape