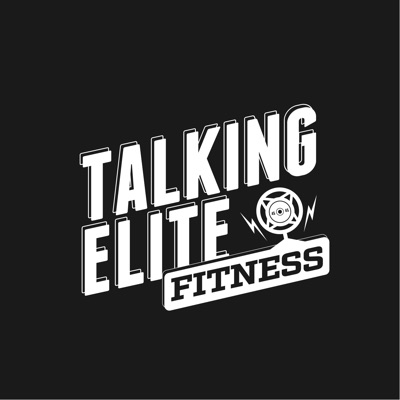 CrossFit Games Analysts Sean Woodland and Tommy Marquez, alongside filmmakers Heber Cannon, and Marston Sawyers, bring you all the latest information, updates, and analysis on the sport of fitness, and the CrossFit community.
157 Episodes
Reverse

It's a star spangled edition of Podium Picks!  This episode promises plenty of fireworks as Tommy and Sean unveil their favorite things about celebrating America's birthday.  Put on your red, white and blue, grab an extra helping of that fruit salad and light up a sparkler or two because you're in for some freedom-soaked fun!

Sean and Tommy have a lot to talk about following their interview with Dave Castro.  They discuss where they agree with him, where they don't and what they could have done better while talking with him.  There's a lot of good news to talk about this week.  Nicole Carroll is back and CrossFit announced its new scholarship program.  Plus, Crazy Things We Saw This Week and a teenage Games athlete needs your help.

It's the father of all Podium Picks episodes! Put on your Air Monarchs, sit back in your favorite recliner, make sure nobody is messing with the thermostat and grab a cold one as Sean and Tommy rank their top dad moves. Do you think you're Mr. Fix-It? Do you overestimate your sports skills? Are you obsessed with changing the oil? If so, you may find yourself on this week's podium.

Greg Glassman is out.  Eric Roza is in.  The former tech executive and founder of CrossFit Sanitas in Colorado is your new Owner and CEO of CrossFit.  Sean and Tommy talk about their first impressions of Eric, the things he's said so far that they like and what things they think still need to be done.  Plus, CrossFitters continue to dominate the Titan Games and a fun-filled dose of Crazy Things We Saw.

It's a return to competition on this week's episode.  From monster lifts to incredible feats of endurance, Sean and Tommy take a look back at the top moments from the Rogue Invitational.  Will Tia's 270 take gold, or will she be upstaged by the Engine from England?  Will Chandler Smith, Hayley Adams or even Coach B pull off an upset?  We know what athletes stood on the podium, now it's time to find out what performances, events and even commentators earned a medal.

The CrossFit Games have been pushed back. Tommy and Sean discuss the reasons for the delay and what good may come of it.  Will you volunteer as tribute for your District?  Dave Castro unveils a new plan to give affiliates a greater voice.  The Rogue Invitational took place this past weekend.  Tommy and Sean break down the results, tell you who turned in the most impressive performances and what surprised them about our first competition in months.  Plus, Crazy Things We Saw and a ton of good things going on in the community.

Honorable Judge Gerald Parker was elected to the Common Pleas Court Bench, General Division, in November of 2018, taking office in early January of 2019. He is the first African-American male judge to hold that position. He serves on the Offender Supervision and Security Committee as well.  Judge Parker is also a CrossFitter and has helped put together a program along with Centerville CrossFit that introduces kids on probation to fitness.

There's no playing around on this episode as Sean and Tommy unveil their podium picks for their favorite childhood toys.  Sean brings out some radical 80's classics while Tommy yells, "Cowabunga!" and slams his way through the 90's.  There's no nerfing this episode as you'll get super soaked with nostalgia.  Prepare to have your day transformed with a walk down memory lane!

It's a special Monday edition of our weekly Q&A session and we wanted to make it available to everyone given all the craziness that has been going on.  We respond to questions regarding the revelations from Andy Stumpf, affiliation, L1 Seminars and the steps CrossFit needs to make in order to prove they're moving in the right direction.

The tumultuous week continues.  Greg Glassman is out as CrossFit's CEO and Dave Castro is in.  But does it matter?  Sean and Tommy talk about the move and what else they think needs to be done. Matt Chan gets revenge at the Titan Games while Dani Speegle continues to dominate.  We finally have a competition to talk about!  The Rogue Invitational takes place this weekend.  Sean and Tommy give their thoughts on who to watch and what events the can't wait to see.  Plus, Crazy Things We Saw and Community Support.

Special Edition - Where we Stand

The CrossFit landscape changed drastically over the weekend.  In the interest of trying to facilitate a conversation as well as share our thoughts on everything going on, we decided to do a live podcast on Sunday, June 7th on YouTube.  We talk about Greg Glassman's comments on Twitter, the reaction to those comments, the use of a racial slur in a group text involving some Games athletes and the future of the sport we all love.  We also get reaction from Matt Chan who decided to resign from the L1 seminar staff.

There have been a ton of great moments at the CrossFit Games moments.  There have also been some not-so-great ones as well.  In fact, some of those may have left you scratching your head and saying, "Seriously!?"  Sean and Tommy rank their top moments from the Games that left their jaws on the floor for the wrong reasons.

The Sprint Couplet stirred up a lot of controversy at the 2019 Games.  Could Dave Castro be bringing it back this year?  Sean and Tommy break down some social media posts that suggest he may do just that.  CrossFit Health is launching a new course and Dani Speegle is now officially a Titan.  Plus, Crazy Things We Saw This Week and a review of our talk with EZ Muhammad.

On this edition we speak with 2-time CrossFit Games athlete and owner of CrossFit Unorthodox in Des Moines, Iowa EZ Muhammad.  EZ has been vocal on social media recently about the current state of affairs in the United States and we wanted to have him on to provide his unique insight and hopefully provide a jumping off point for more conversations.

So many classics, but only three spots on the podium.  You won't be Sorry that you listened to this episode as Sean and Tommy Clue you in on their favorite board games of all time.  Will a timeless classic have a Monopoly on the top spot or something more obscure be numero Uno?  Get a Ticket to Ride for this one!  It's definitely worth the Risk.

Scott Stallings started on the PGA Tour in 2010 and has three career tournament victories. After winning at Torrey Pines in 2014 he hit a rough patch in his career that forced him to re-evaluate his fitness and eventually led him to CrossFit.  We talk to Scott about how he actually found CrossFit, how it’s helped him get his golf career back on track and an awkward first time meeting with Josh Bridges.

Is Dave Castro dropping clues about the Games on social media?  Sean and Tommy discuss a mysterious Instagram story that suggests he is.  Matt Chan takes on a Titan from Tennessee on national television.  Tommy gained a Murph PR on Monday followed by some epic gains on the scale.  Plus, more details on the age group competitions that are taking the Games' place and another edition of Crazy Things We Saw.

The CrossFit Games have provided us with some incredible moments over the years, but which ones are the best?  From sleds and slugs to cameramen and cleans, Sean and Tommy offer their Podium Picks for the top mind blowing moments from 13 years of the Games.

After a number of small-scale fundraising events in 2015-2016, Battle Cancer was born in 2017 with its first competition held in Manchester, UK.  Last year saw the Battle Cancer movement grow into six events across Europe plus a Battle Tour of LA. To date, they've raised over £500,000 for almost 40 cancer charities worldwide helped by nearly 5,000 athletes.  Scott Britton talks about why he started Battle Cancer, some of the new initiatives they are getting behind and how we are doing in the fight against Cancer.
See More
Comments (11)

is the rogue invitational the new elite functional fitness comp?

"this is the vision glassman has for the company and how he wants to run it" (paraphrased quote). my question then is, considering the recent crossfit games and recent company decisions, is glassman the best person to run crossfit?

you guys are hit and miss with interviews, sounded more like an interrogation...have personality fellas...

Great pod this week 👍 lets see what happens to Macyntire...

this is an important podcast for the next era of the games. Updates and analysis are so good to listen to