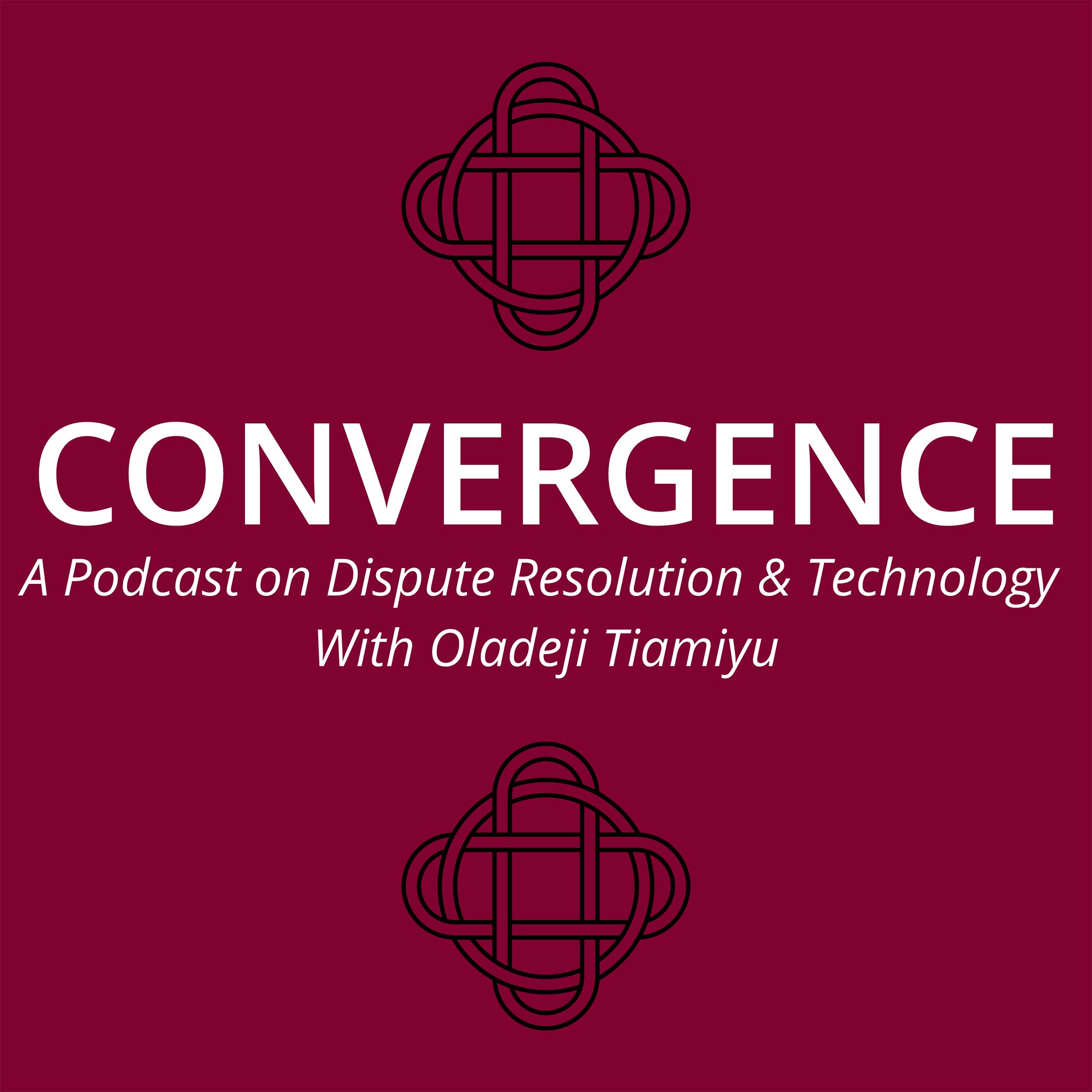 Convergence EP11: Amy Schmitz and Reviewing 2021 for the Law and Dispute Resolution

In EP11, host Oladeji Tiamiyu speaks with Amy Schmitz, the John Deaver Drinko-Baker & Hostetler Chair in Law at the Ohio State University Moritz College of Law, to review 2021 and identify important trends of the year that have impacted the law and dispute resolution.

In EP10, host Oladeji Tiamiyu speaks with Baba Jallow about his multi-faceted life, from a journalist uncovering human rights violations in his native Gambia to his experiences as an exile fleeing a military coup, a prolific author, and, most recently, as the Executive Secretary of Gambia's Truth Reconciliation and Reparation Commission.

In EP9, host Oladeji Tiamiyu speaks with Lainey Feingold about the recently released second edition of her book "Structured Negotiation," how technology can be used to promote accessibility, and why emotional intelligence is vital to the legal profession.

In EP8, host Oladeji Tiamiyu speaks with Stephen Leon Kane about the ways public service has manifested in his life, solutions his legal tech company is designed to provide, and the value proposition of online dispute resolution for the foreseeable future.

In EP7, we speak with Memme Onwudiwe about his company's use of artificial intelligence in preventative dispute resolution and contract management.

In EP6, host Oladeji Tiamiyu speaks with Hari Osofsky, the recently appointed Dean of Northwestern School of Law and Alyson Carrel, the co-Director of Northwestern's Center on Negotiation and Mediation to discuss the role of technology in the future of legal education and the UN's recently published climate change report.

In episode 5 host Oladeji Tiamiyu speaks with Joshua Crabtree, the Executive Director of Legal Aid of the Bluegrass, about the role of technology in resolving disputes in the Kentucky communities he serves and considerations for access to justice in rural America when internet access is limited."

Episode 4 of "Convergence" features a conversation with Jess Fjeld, the Assistant Director of Harvard's Cyberlaw Clinic and an expert on artificial intelligence governance. She described the increasing relevance of AI in our lives, and offers principles for thinking about AI governance as dispute systems increasingly use this technology, and so much more. 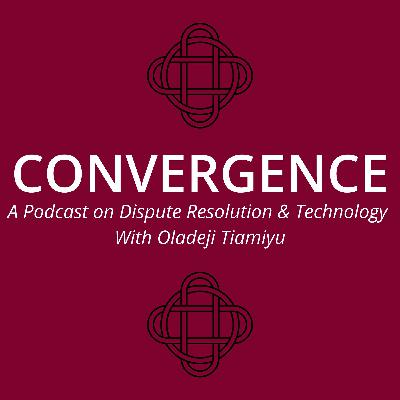 In Ep3 host Oladeji Tiamiyu speaks with Meeri Haataja, the CEO & co-founder of Saidot, about how her start-up approaches ethical issues relating to artificial intelligence and the governance of AI. As the use of AI in dispute resolution becomes increasingly relevant, entrepreneurs focused on AI ethics will be at the forefront of addressing novel challenges.

In Ep2 of "Convergence", host Oladeji Tiamiyu discusses blockchain technology and decentralized justice with guests Federico Ast and Sophie Nappert. Across this series, Tiamiyu will speak with thought-leaders and practitioners at the intersection of dispute resolution and technology, covering topics such as: the role technology has had in resolving disputes during the pandemic; ways that technological tools have historically been incorporated into dispute resolution; and creative use cases that technology presents for resolving disputes into the future.

On Episode 1 of "Convergence" we welcome guest Colin Rule. "Convergence" is a podcast exploring topics at the intersection of dispute resolution and technology with thought-leaders and leading practitioners in the industry covering topics that include: the role technology has had in resolving disputes during the pandemic; ways that technological tools have historically been incorporated into dispute resolution; and creative use cases that technology presents for resolving disputes into the future. For more on this podcast and guest Colin Rule, visit: https://hnmcp.law.harvard.edu/hnmcp/podcast/convergence-ep-1 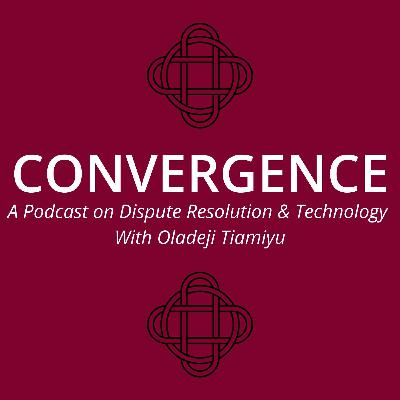 "Convergence" will explore topics at the intersection of dispute resolution and technology with thought-leaders and leading practitioners in the industry covering topics that include: the role technology has had in resolving disputes during the pandemic; ways that technological tools have historically been incorporated into dispute resolution; and creative use cases that technology presents for resolving disputes into the future. 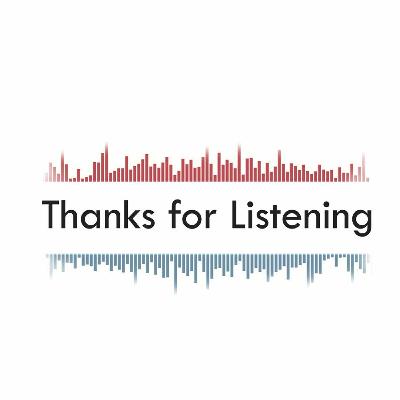 Thanks for Listening, Ep10: Mr. Phillips goes to Washington

Thanks for Listening, Ep 9: Racism, Dialogue, and Avoiding the “Woodchipper of Partisanship”

The death of George Floyd sparked widespread protests demanding justice and the dismantling of structural racism in the US. At the same time as the nation in some ways fell into the familiar grooves of division, there was also a palpable sense of new and different energy around Black Lives Matter as a movement, both in calls for action and also an eagerness for learning and reflection about racism in America. This episode explores efforts to bridge divides around racial justice and asks some fundamental questions about the nature of dialogue in this moment. What exactly is the dialogue that needs to be had on race and racism? Is this a time for some to speak and others to listen? Do we need everyone’s voice? And if so, how can we draw all those voices in?     Our guest, Liz Joyner of The Village Square, has been wrestling with these very questions. She shares her experience and perspective borne of fifteen years helping people engage across their differences, not by helping people agree, but by helping them to disagree, and keep talking anyway. She describes ongoing and upcoming initiatives from The Village Square to convene difficult conversations about race—and how even well-intentioned conversations all too often devolve into a toxic “us vs. them" dynamic, what she calls “the woodchipper of partisanship.”

Thanks for Listening, Ep8: Strength in Numbers

Our guest, Pearce Godwin, founded and now leads the Listen First Project, and has been steadily building the Listen First Coalition—some 300+ member organizations all working to bridge divides and bring people in this country back together again. Pearce shares his insight about the challenges of coalition-building, the powerful impact that Listen First Coalition members have had by joining forces, and seizing on this moment of COVID-driven isolation to use social media and digital platforms to enable people to bridge rather than deepen divides.

Thanks for Listening Ep7: Echo Chamber or Space for Learning? Navigating Divides on Social Media

Welcome to the seventh episode of our podcast, Thanks for Listening! This episode explores the challenges inherent in online political engagement. While some of us may have had positive experiences connecting with others around political issues online, we also have seen online spaces become unhelpful, potentially harmful echo chambers for what we already believe, rather than sites for learning from those who see the world differently. With more social interaction moving into the virtual world as we weather Covid-19, these challenges are even more urgent. What role does social media play in perpetuating or even amplifying divides? Is there hope for a richer, healthier form of online political dialogue? Our guest on this episode is an expert in the field of digital media and learning. Professor Andres Lombana-Bermudez explains some of the technological and sociological factors that amplify polarization on social media, and also shares an example of a social media platform that it is proving that online communities actually can work together to foster constructive dialogue and engagement.

Thanks for Listening Ep 6: Listening for the Divide

What can communities do to bridge divides and address simmering tensions before they boil over? Our guests on this episode, Becky Monroe and Bill Froelich, ask this question each day in their work at the Divided Community Project, based at the Moritz College of Law at Ohio State University.  As we heard in Episode 3, facilitated dialogue helped communities in MN heal in the traumatic aftermath of the killing of Philando Castile. The Divided Community Project supports communities seeking to reach across divides and engage tension before it boils over, and builds their capacity to engage when a crisis does erupt.  Join us in this episode as Becky and Bill describe the origins of the Divided Community Project, the challenges of surfacing underlying and long-standing tensions, and how they engage with communities to “listen for the divide.” 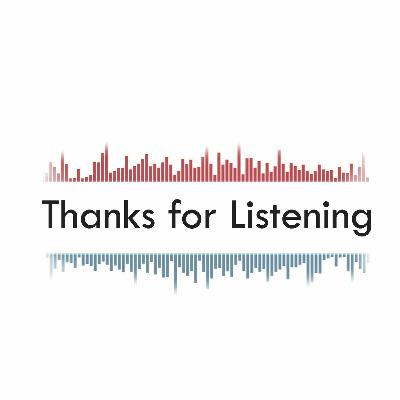 Thanks for Listening: Ep5 - "It's Trump Time"

Communities in Kentucky and Massachusetts convene for dialogue about families, life, and politics

Thanks for Listening Ep 4: Discovering and Debunking Divides in the Heart of Kentucky Coal Country

In this episode, journey with us to Letcher County, KY - the heart of Appalachian coal country.  We'll examine both the reality of divides that exist, even in unexpected places, and the inherent fallacy of the divides we buy into by believing the stereotypes we hold about others - and about ourselves.

Thanks for Listening: Ep3 - Rebuilding after crisis Community conversations in Falcon Heights, MN

On July 6, 2016, Philando Castile was shot and killed by a police officer during a traffic stop in Falcon Heights, Minnesota. In the weeks and months that followed, systemic issues that had been present below the surface in Falcon Heights and surrounding cities erupted into the open. The atmosphere was one of rage, pain, resentment, and distrust. In some ways, this was an unlikely setting for constructive dialogue that had any chance of rebuilding the community. And yet, that is the story that we hear in Episode 3 of "Thanks for Listening". We meet John Thompson, Philando’s close friend, who talks about his own activism after the shooting, and what happened when he became involved in a series of facilitated conversations that brought together citizens, activists, city leaders, and police officers. We also hear from Sharon Press, who pulls back the curtain on these conversations and explains how she and others went about the hard work of organizing them in order to create opportunities for healing. Almost three years to the day after Philando was shot, John and Sharon reflect on their personal journeys, their unexpected friendship with one another, and how their communities have changed.
See More
Comments