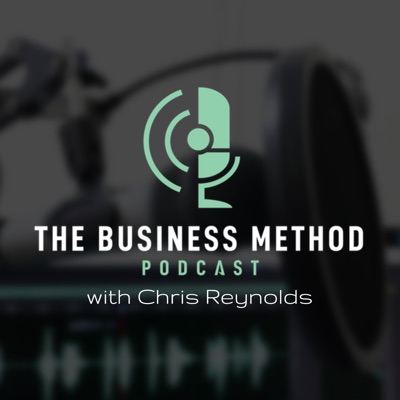 HP#96 ~ Why Entrepreneurs Think They Can Avoid Sleep

For twenty years, our guest today served in the most elite special operations force in the world, the US Navy SEALs.  He is a decorated veteran, who planned, led and executed hundreds of special operations missions in more than 40 countries on 5 continents.  He was involved in some of the most significant and defining special operations missions of our time. He led the ground assault on an Iraqi paramilitary stronghold to conduct the first successful US prisoner of war rescue since WWII.  Years later, in the jungles of Colombia, he played a key role in the planning and execution of the successful rescue of US and Colombian personnel held for over 5 years in captivity by the FARC. He has briefed the Secretary of Defense, Chairman of Joint Chiefs of Staff, Director of the CIA, Director of the NSA, Director of National Intelligence, members of the National Security Council, as well as ambassadors. With twenty-plus years of tactical, operational, and strategic knowledge as a leader on the frontlines, he is now the co-founder at Xundis Global, which helps organizations and individuals increase performance, leadership, and innovation. His name is Commander David Sears and he is on the podcast today!    04:19 Who is Commander David Sears?    05:39 Being Surrounded By Elite Performers Constantly    12:14 The Beginning of Becoming a Navy Seal - What Commander Sears Was Like in His Early Years    22:09 Commander Sears’ 1st Missions Into Colombia & Iraq    28:39 How to Control Emotions    32:59 A Mission That Made Commander Sears’ Think Differently    41:24 Never Ending Systems that Control Us    44:14 NavySEAL Maxims    52:14 Applying the NavySEAL Mindset to Entrepreneurship 1:01:04 Commander Sears’ Daily Routine & High-Performance Tips Contact Info:   https://www.dcsears.com/ Commander Sears Book: “Smarter Not Harder: 17 Navy SEAL Maxims to Elevate Critical Thinking and Prosper in Business and Life” Subscribe to the Podcast:    🎧 Website:  https://www.thebusinessmethod.com/   🍏 Apple Podcasts:  http://bit.ly/TheBusinessMethod   💻 Google Podcasts:  http://bit.ly/TheBusinessMethodGooglePodcasts   🎙Spotify:  http://bit.ly/SpotifyTheBusinessMethod Follow Chris Reynolds on Social Media:   Instagram: @chrisreynoldslive  Facebook: @chrisreynoldslive  YouTube: @chrisreynoldslive LinkedIn: @chrisreynoldslive

HP#95 ~ Filtering the Wrong People Out of Your Life

David Nihill is the author of the best-selling book Do You Talk Funny? and the Founder of FunnyBizz Conference. David has been deemed “One of the best speaking coaches out there” according to Forbes, he is a sought after international business speaker, and also professional comedian. He was the winner of the San Francisco International Comedy Competition. As a storyteller he finished runner up in NPR’s story telling competition. As a lecturer he has taught at Stanford, Berkeley, Oxford and University College Dublin. His work has been featured in Inc., Lifehacker, The Huffington Post, Fast Company, Entrepreneur, Forbes, NPR, The Wall Street Journal, The Irish Independent, and his videos have been viewed over 50 million times!  David was named on the Irish America 100 List, and the Top 30 Global Guru’s List for communications professionals.     David’s public speaking program has over 34,000 students and has been featured as one of the best training courses for presenters. His book remains one of the highest rated in the world on the topic of public speaking and his content has been read by over one million people.      04:05 Who is David Nihill? 06:45 Adding Humor to Your Life 08:00 The Problem with Public Speaking Advice 19:20 Seven Comedy Habits We Should All Know 25:00 The Best Format for Public Speaking 38:55 The Value of Using Comedians for Marketing   Contact Info:   https://davidnihill.com/ http://funnybizz.co/ Subscribe to the Podcast:    🎧 Website:  https://www.thebusinessmethod.com/   🍏 Apple Podcasts:  http://bit.ly/TheBusinessMethod   💻 Google Podcasts:  http://bit.ly/TheBusinessMethodGooglePodcasts   🎙Spotify:  http://bit.ly/SpotifyTheBusinessMethod Follow Chris Reynolds on Social Media:   Instagram: @chrisreynoldslive  Facebook: @chrisreynoldslive  YouTube: @chrisreynoldslive LinkedIn: @chrisreynoldslive

MK Kim, is one of Asia’s most sought-after motivational speakers for nearly 30 years, and she is the author of the top best-selling personal development books in Korea, selling over 5 million copies. In 2019, MK founded MK YouTube University which became the largest online institute in Korea that now has 1.4 Million subscribers and more than 60,000 students paid from all over the world that are currently enrolled. MK YouTube University or MKYU is an entirely new educational model that combines YouTube and on-line university structure, offering a variety of high-quality classes. The students have independently formed more than 200 book clubs globally to support each other.    MKSHOW - is MK’s talk show and is acknowledged as the representative Korean talk show, where the international best-selling authors star in. MK has interview influential people and celebrities such as, Gary Vaynerchuk, Jim Rogers, Scott Harrison from Charity Water, & James Clear author of Atomic Habits,    MK has been compared and deemed “the Oprah of Korea”, & she is on the podcast today!     04:02 Who is MK Kim? 05:02 Becoming the First Female Motivational Speaker in Korea 13:07 Becoming the Oprah of Korea 21:07 Building the First Female YouTube Channel in Korea to Make $2 Million in 4 years 26:22 Creating a $20 Million Online University Contact Info: Website: https://www.mkkim.kr/ MKYU: https://www.mkyu.co.kr/ YouTube: https://www.youtube.com/user/artspeech0783 Instagram: https://www.instagram.com/mikyungkim_kr/?hl=ko Reboot, by MK Kim  Subscribe to the Podcast:    🎧 Website:  https://www.thebusinessmethod.com/   🍏 Apple Podcasts:  http://bit.ly/TheBusinessMethod   💻 Google Podcasts:  http://bit.ly/TheBusinessMethodGooglePodcasts   🎙Spotify:  http://bit.ly/SpotifyTheBusinessMethod Follow Chris Reynolds on Social Media:   Instagram: @chrisreynoldslive  Facebook: @chrisreynoldslive  YouTube: @chrisreynoldslive LinkedIn: @chrisreynoldslive

HP#90~ Life Owes You Nothing

Today’s guest began his journey into the science of controlling the brain at age 12 when his father taught him a relaxation method to control his physical state. His confirmation of learning to control the brain was soon proven when he had his first visualization on a cassette recorder and used it to transform himself from a “struggling student and troublemaker” into a three-sport athletic captain as well as an honor roll student.   That was a few decades ago and today our guest and his team of scientists are leading the way in neuroscience entertainment technology.    Our guest is the creator and founder of the top of the line neuroscience technology called BrainTap. BrainTap enables the average person to tackle the challenges of today's stressful world and enhance quality of life through improved brain health. BrainTap empowers users to reduce stress, sleep better, and maximize performance. His technology helps you learn to adapt and control your brainwaves and processing better by literally strengthening the brain to make it more effective….which we all need! His name is Dr. Patrick Porter and he is on the podcast today!    03:58 Who is Dr. Patrick Porter    07:47 How Much Time the Average Person Spends in a Stressful State of Mind    20:12 How BrainTap Can Maximize Brain Function    24:49 Why Public Speaking is the #1 Fear - It’s Brainwave Related    26:47 The Brain is a Sorting Mechanism    28:12 Getting More Productive Energy Into the Brain    30:52 Why Morning Coffee is Harmful for Your Brain & Body    34:37 Athletes Using Brain Technology to Reclaim 80% of Their Energy After a Workout    35:42 Stats on How Significant Brain Technology Can Change & Grow our Brains    40:07 When & How to Regulate Your Brain Throughout the Day    53:12 A Good Diet for the Brain    56:42 The One Thing You Can Do to Optimize Brain Health Quickly 1:04:07 The Importance of Recovery   Contact Info:   Dr. Porter’s Website: https://drpatrickporter.com/ BrainTap Website: https://braintap.com/ Instagram: https://www.instagram.com/drpatrickporter/ Facebook: https://www.facebook.com/DrPatrickPorter LinkedIn: https://www.linkedin.com/in/drpatrickporter/ Twitter: https://twitter.com/BrainTapTech   Free Access to BrainTap App: BrainTap’s Access to the Think Like a Shark Program:  BrainTap’s Quantum University: Subscribe to the Podcast:    🎧 Website:  https://www.thebusinessmethod.com/   🍏 Apple Podcasts:  http://bit.ly/TheBusinessMethod   💻 Google Podcasts:  http://bit.ly/TheBusinessMethodGooglePodcasts   🎙Spotify:  http://bit.ly/SpotifyTheBusinessMethod Follow Chris Reynolds on Social Media:   Instagram: @chrisreynoldslive  Facebook: @chrisreynoldslive  YouTube: @chrisreynoldslive LinkedIn: @chrisreynoldslive

Exotic Cars, Off-Road Racing, Laser-Tag in the Air, & Blowing Things Up Yes...it sounds unreal but it is not! We are taking a group of entrepreneurs to Vegas for a week of driving the most exotic cars in the world, jumping off-road Rally Race trucks, shooting military grade weapons out of a helicopter, playing laser-tag in stunt planes.... ....and we might do a bit of networking and ideation while there as well!   Have you ever played Grand Theft Auto? Remember that game where you navigate through the city and steal Lamborghinis, blow things up, shoot top grade military weapons at drug dealers, drive off-road and fly planes that you stole from the Cartel? Grand Theft Auto became one of the most popular video games of all time and even if you aren’t into gaming there is a chance you played GTA and enjoyed it at least once in your life. We wanted to recreate that experience for the thrill seeking entrepreneurs out there, minus of course the actual stealing, shooting people, and looting. :P So we’re going to Las Vegas February 2022 to drive exotic high-performance cars around a race track, race Rally trucks off-road, shoot military grade weapons out of a helicopter, and play laser-tag in actual stunt planes flown by actual stunt pilots…. Yes you heard me right...we will be playing laser-tag - dog fighting style - in actual stunt planes! And everyone attending will be established entrepreneurs already running successful businesses.

Dr. John Demartini is a world-renowned specialist in human behavior, a researcher, author, and global educator. He has authored 40 books that have been translated into 39 different languages and has shared the stage with some of the world’s most influential people, including Sir Richard Branson and Deepak Chopra. As the founder of the Demartini Institute, Dr. Demartini has worked with entrepreneurs, board members, and CEO’s at companies including IBM, Shell Oil, Merrill-Lynch, and more. Dr. Demartini has helped thousands of people around the world transform their life according to their highest values, and create their “life masterpiece.”     04:00 Who is Dr. John Demartini?    09:55 Unlocking the Human Potential of the Mind    15:00 Finding Your Highest Priority & Will it Ever Change?    18:10 How to Tap Into Your True Authentic Self While Letting Go of Cultural Values    22:26 Why We Should Never Live Anywhere That Doesn’t Have a View    25:07 What Happens to Our Brains & Psyches When We Look at Horizons    37:41 What’s Happening to Our Brains When We Are On Purpose    40:46 How to Make Money Using the Law of Fair Exchange    50:41 Questions to Ask Yourself to Get in Alignment With the Law of Fair Exchange    57:26 Are You a Slave to Your Passion or a Master of Your Mission? 1:02::36 Ways to Increase Your EQ Contact Info:   Website: https://drdemartini.com/ Questionnaire: https://drdemartini.com/values/ Subscribe to the Podcast:    🎧 Website:  https://www.thebusinessmethod.com/demartini   🍏 Apple Podcasts:  http://bit.ly/TheBusinessMethod   💻 Google Podcasts:  http://bit.ly/TheBusinessMethodGooglePodcasts   🎙Spotify:  http://bit.ly/SpotifyTheBusinessMethod Follow Chris Reynolds on Social Media:   Instagram: @chrisreynoldslive  Facebook: @chrisreynoldslive  YouTube: @chrisreynoldslive LinkedIn: @chrisreynoldslive