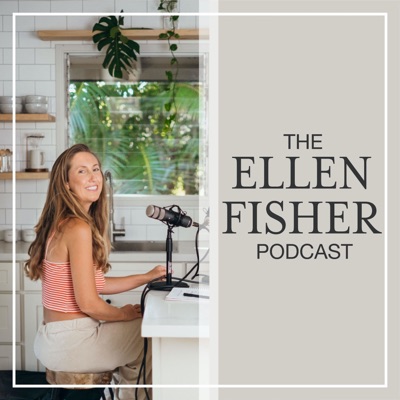 I’m Ellen, a 15-year thriving vegan and home-birthing mother of four sharing information about restoring health and relationships that has truly changed my life.

In a world with so many conflicting ideas, this podcast helps simplify what really makes us thrive. Here you’ll find empowering conversations on respectful parenting, plant-based nutrition, financial freedom, growth mindset, pregnancy, birth, relationships, and more that not only impacts you, but the world around you. I often sit down with expert guests to share their wisdom with you guys. Welcome to The Ellen Fisher Podcast!
7 Episodes
Reverse

Bear with me as I blush over Dr, Michael Klaper coming on to my podcast, one of my favorite plant-based physicians for over a decade. It takes me a few minutes to get all the “thank you's” out of my system before we dive into an inspiring conversation about not only the science but the logic of plant-based eating for everything - for your health, the health of the planet that our children and future generations will grow up on, and for the animals. Dr. Klaper is a general practitioner, a 40+ year vegan, and a picture of health. At 74 years old Klaper shares evidence based nutrition with his youthful enthusiasm and has decades of experience reversing patients chronic illness to thrive with plant-based nutrition and integrative medicine. He now lectures at medical schools across the country to empower the next generation of doctors to better heal their patients with plant-predominant nutrition and lifestyle changes to get to the root cause rather than just treating the symptom.. In this episode dr. Klaper passionately covers His vegan story and life growing up on a dairy farm The basics of how to eat when transitioning to a plant-based diet Dairy, is it good for you? What about raw unpasteurized dairy? chronic illness and disease in America and how it’s largely from diet and lifestyle factors why there is so much confusion about what’s best for our health and conflicting information His thoughts on grass fed, free range and regenerative grazing animal products Animal agriculture’s impact on pollution, the climate and overall planetary health What about the farmers? If the masses switched to plant-based what will happen to the farmers? The Moving Medicine Forward Initiative to create a nutritional awakening among a new generation of doctors. Plant-Based Telehealth as a model of health-care for now and the future What keeps him going and motivated and not giving up out of frustration WHERE TO FIND DR. MICHAEL KLAPER doctorklaper.com  Moving Medicine Forward Plant Based Telehealth  Instagram WHERE TO FIND ME: Get my ebooks My instagram WATCH these episodes on my podcast YouTube channel  Family YouTube channel

I sit down with Fully Raw Kristina and Cash to discuss the social phenomenon and rise of cancel culture. Sometimes more accurately described as “call out culture,” it collectively attempts to harm the reputation, social presence, and sometimes even livelihood for violating a particular ideological standard. At this point in her career, Fully Raw Kristina has been “called-out” more times than one can count. In this episode she shares her personal stories, how she handles the mob rule, where she came from, and where she is today. Cash, her boyfriend, brings insight into many of the specific events Kristina has gone through and his support for her. Together we unpack, dissect and reflect on what cancel culture means for our society, it’s consequences, and how we can move forward. This episode covers Kristina and Cash’s relationship story Their life in Hawaii, garden goals and plans Dissecting cancel culture and what encourages social media mob rule Self censorship and the current political environment online The times Kristina has been “called out” throughout her online career The Veg News fiasco social media during the George Floyd protests Self acceptance: It isn’t your job to make everyone like you How you’ll never be criticized by someone who is doing more than you Hate videos/comments vs constructive criticism The watering down of important labels living in an echo chamber: the consequences of labeling everyone who disagrees with you as morally repugnant If ill intent versus well intentioned changes anything And moreeee. WHERE TO FIND CASH AND KRISTINA Kristina YouTube Kristina’s IG Cash’s YouTube Cash’s IG WHERE TO FIND ME: Get my ebooks My instagram WATCH these episodes on my podcast YouTube channel  Family YouTube channel 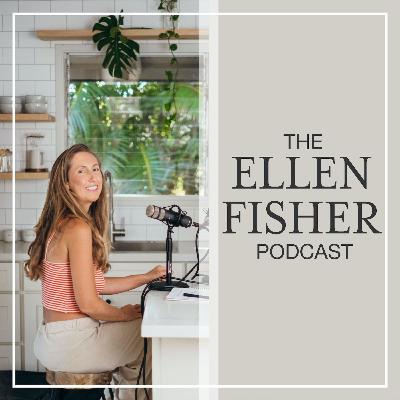 That fire-filled love you had when you first sparked up a relationship does not have to disappear over time, and especially doesn’t have to end once you have kids. Sometimes relationships can be put on the back burner when kids, jobs, and household becomes overwhelming. But with the right tools and mindset, you can restore your relationship and experience both unconditional love and hot steamy fire love too. Don’t go pointing the finger and wait for your partner to change first. With your unconditional love and direction you can rally a shift within both of you. This episode covers: Restoring your relationship when you’re in a rut Bringing back the fire and steamy feelings for each other How to show your partner love in the way they receive it best, and receive love back to way you want too Navigating different ideologies on how to raise your kids Co-parenting harmoniously Sex life and libido: make it amazing and fiery Handling arguments/disagreements in front of your kids Having each other’s back while parenting your kids The 5 Love languages How every experience with your partner either adds love to or takes away from your partner’s “love bank” Long lasting unconditional love is the answer **If you are in an abusive relationship please seek immediate support and help at places like https://www.thehotline.org . This episode does not cover the immensely important topic of domestic and child abuse which requires an obviously much different route than what’s covered in this episode. If you are in an abusive relationship, please disregard the message in this episode and reach out for professional support. I hope to have on guests which have experts on this subject down the road, to adequately cover this topic.*** Where to find me Get my ebooks My instagram WATCH these episodes on my podcast YouTube channel  Family YouTube channel Resources: “The 5 Love Languages” by Gary Chapman “How to talk so kids will listen and listen so kids will talk” by Adele Faber & Elaine Mazlish Kim Anami https://kimanami.com

When birth doesn't go as planned: speak life over your story | with Alexa Penavega

In this episode I sit down with Alexa Penavega who shares the birth story of her daughter Rio. Alexa was planning a home birth for her third child when her water broke 7 weeks early and she was airlifted to Oahu for emergency care to be near the NICU. The mindset she shares through her story is inspiring. Opening our hearts to each other’s birth stories and the power of speaking life to our circumstances can be extremely healing. Alexa is an actress, most famously known for her role as Carmen Cortez in Spy Kids and she’s been featured in various films and tv shows throughout her young and adult life. She competed on Dancing with the Stars alongside her husband Carlos PenaVega and together they recently had their third child and are raising their family in Hawai'i. In this episode we cover: Alexa’s birth stories with her children Her NICU experience The power of the mind and choosing joy Speaking life to your circumstances and radical gratitude Mourning loss and releasing / letting it flow How hardships shape our testimony Alexa’s two sides to pregnancy The mind + body approach to postpartum and the partner’s role Hospital care and tips with nurse staff, voicing your desires Emphasis on skin to skin contact and breastfeeding NICU babies The power of telling your story and finding support through loved ones Where to find Alexa Alexa’s Instagram  LexLovesLos YouTube channel  Where to find me  Get my ebooks  My instagram  WATCH these episodes on my podcast YouTube channel  Family YouTube channel

Welcome to the first episode of The Ellen Fisher Podcast! To kick off the show I thought it fitting to go in depth on one of the topics I’m most passionate about, abundant plant-based nutrition. I’ve learned so much over the last 15 years on my vegan journey both from experts in the field as well as from my own experience, and I am so excited to share this information with you more in depth than I ever have before. Because it can be easy to get confused with so much conflicting information out there. Today we are going to clear the mud and simplify nutrition to make sense of the noise that is diet culture. I like to take a balanced approach that really considers both the large body of scientific evidence as well as a logical and simplified understanding towards what’s natural for us based on our physiology and how we are designed to thrive. There’s a lot I want to cover so I’ll be breaking this up into two parts. In part 1 today I’m going to cover: My healing story A few of my favorite plant-based books/resources The break down and simplification of plant-based nutrition from the overwhelming scientific body of evidence. (resources shared below) The Blue Zones and what it tell us What our natural diet is as a species based on physiological traits and natural inclination Food subsidies What isolated versus whole foods are. THE DETAILS: what foods are best for our health Optimizing your nutrient bioavailability in food And a little on specific TIPS TO THRIVE... but more on that in part 2 Balance is key I hope you thoroughly enjoy this episode and feel empowered to take charge of your health and promote longevity through plant-based nutrition which positively impacts not only you, but others and the world around you. And don’t forget to listen to part 2! As always, consult with your trusted healthcare provider before making any drastic changes in your diet, especially If you are on medication. And hey, don’t take my word for all this, do your research too so you can stand strong in your own conclusions. BOOK MENTIONS Whole: Rethinking the Science of Nutrition by T. Colin Campbell Fiber Fueled by Dr. Will Bulsiewicz The Proof is in the Plants by Simon Hill CLICK HERE FOR EPISODE SOURCE REFERENCES WHERE TO FIND ME Get my ebooks My instagram WATCH these episodes on my podcast YouTube channel Family YouTube channel

Welcome to the Ellen Fisher Podcast

I’m Ellen, a 15-year thriving vegan and home-birthing mother of four sharing information about restoring health and relationships that has truly changed my life. In a world with so many conflicting ideas, this podcast helps simplify what really makes us thrive. Here you’ll find empowering conversations on respectful parenting, plant-based nutrition, financial freedom, growth mindset, pregnancy, birth, relationships, and more that not only impacts you, but the world around you. I often sit down with expert guests to share their wisdom with you guys. Welcome to The Ellen Fisher Podcast! SHOW LINKS WATCH These episodes on my YouTube Channel Ellen Fisher Official Ellen Fisher YouTube Channel Ellen Fisher on Instagram
See More
Comments