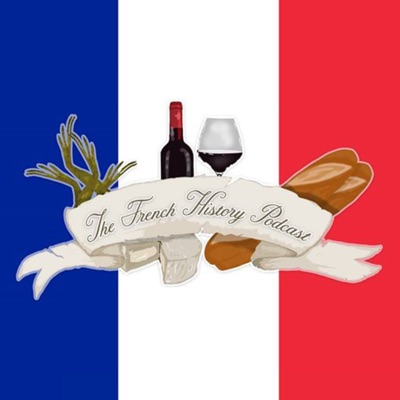 A weekly history podcast that will cover France from 3 million years ago to present. Presented by Gary Girod, with contributions by numerous scholars.
85 Episodes
Reverse

Gary: Today’s special episode is by Aaron Kestle, a Ph.D. candidate at Yale University’s French Department. He is currently preparing a dissertation examining the marvelous in medieval Arthurian literature, focusing on the mythical sorcerer Merlin and his representation in late twelfth and early thirteenth century French romance. His interests also incorporate a broad spectrum of […]

When last we left off King Charles of Francia became King of the Lombards, adding the northern half of the Italian peninsula to his vast kingdom. Over the next thirty years Charles created the first great post-Roman, European empire. Under his well-organized, well-equipped military machine, the Franks engaged in near-continual warfare across Francia’s vast borders. […]

49 – Charlemagne: Becoming a King   Hey kids, want to hear about Charlemagne? [Intro Music] History is speckled with important individuals who dramatically alter the course of humanity. Scientists like Louis Pasteur and Marie Curie, philosophers like Descartes and Voltaire, artists like Renoir and Monet led the world on paths of their own imagining. […] 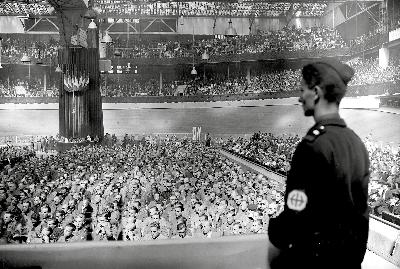 [Picture: Parti populaire français meeting 1943] Gary: Today’s special episode is an interview with Dr. Chris Millington of Manchester Metropolitan University on his book, A History of Fascism in France from the First World War to the National Front. We’re going to talk about the rise of the far right, particularly in the 1920s and […] 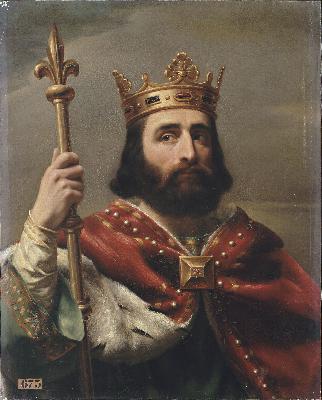 48 – Between Giants: Today’s episode is about Pepin the Short and of course, we have to start with his name. Pepin was not actually short; unlike peasants, aristocrats got enough food and were noticeably taller than most people. Moreover, northern Europeans were among the largest people in the world. Pepin is near-universally called ‘the […] 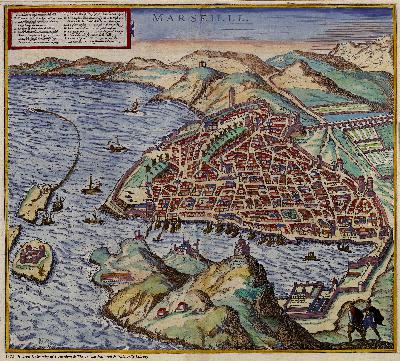 Gary: Today’s special episode is by Arazoo Ferozan, Ph.D candidate at McMaster University in Ontario, Canada. Her work focuses on Mediterranean cross-cultural mercantile networks in the early modern period. Her most recent presentations have focused on the city of Marseille as a nodal point for economic and cultural connections. Today’s talk is about Jews, particularly […] 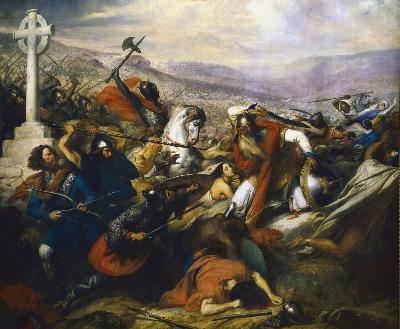 47 – The Battle of Poitiers

France and its Empire during World War 2 with Dr. Chris Millington

[Pictured: French maquis fighters, 1940s] Gary: Before we get into today’s episode, I wanted to make a very exciting and important announcement. I have poured a lot of time, work and passion into this podcast and have been wanting to devote even more time to it. Those of you who signed up on Patreon and […] 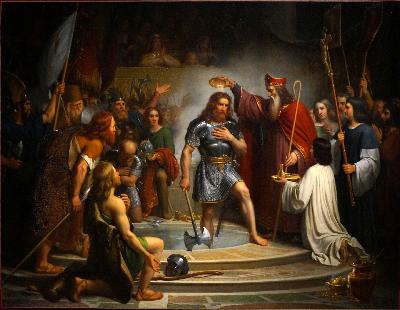 In the first episode of this podcast I talked about how the words ‘France’ and ‘French’ are not set, but are ever-evolving concepts. Related to this is the question: when did ‘France’ begin? There are certainly precursors to France, going all the way back to the first humans. In the 19th and 20th centuries French […] 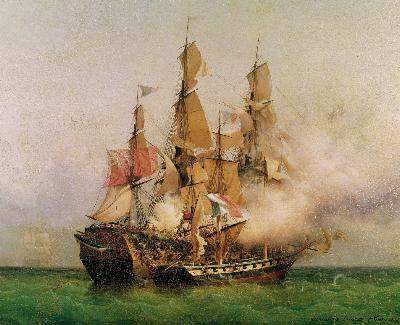 It took the podcast quite a while but we finally have an episode with pirates. Today’s special episode is by Mike LaMonica, a PhD student at McGill University in Montreal, Quebec. “French ‘Corsairing’ in the Americas during the War of the Spanish Succession” tells the story of French pirates who acquired the right to legally […] 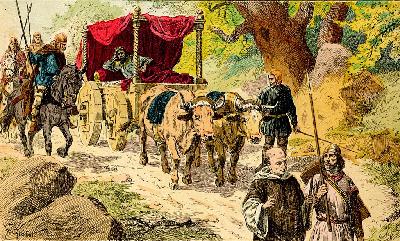 45 – The End of the Merovingian Dynasty

Episode 45: The End of the Merovingian Dynasty For roughly 120 years from the ascension of Clovis I to Dagobert the scions of the House of Merovech were the undisputed rulers of the Franks. The long-haired kings controlled incredible wealth, numerous holy places and were accomplished generals. For a long time it seemed the only […]

The Prefect’s Purse-String: Jean Moulin and the Rex Mission by David A. Foulk

Gary: Today’s special episode is by David A. Foulk. David is a student at Oxford University currently completing his dissertation on the economic aspect of the French Resistance during WW2. He has won multiple awards and been published for his work on the economics of war. In line with his research, today’s topic deals with […]

The Occupation of Northern France in WWI with Dr. James E. Connolly

Gary: Today’s special episode is an interview with Dr. James E. Connolly about his new book, The Experiences of Occupation, in the Nord, 1914 to 1918, Living with the Enemy in First World War France, which took second place in the inaugural Eugene Faber Book Award and was shortlisted for the 2018 Franco British Society […]

Episode 44: The Last Great Merovingian Kings In 584 Queen Fredegund gave birth to her fifth male child. Her four previous sons died at the ages of 8, 4, 1 and 1, due to disease and possible assassination so this new child’s fate looked bleak. The boy’s outlook became even darker after his father was […] 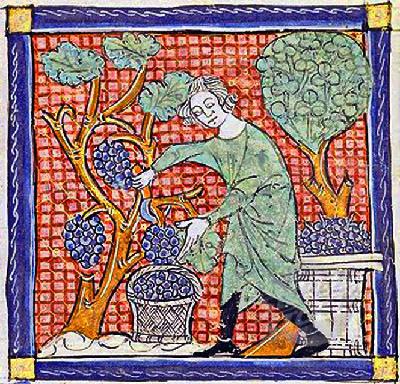 Today’s episode is a little short and because of that I will be releasing a full one this Saturday, so consider this a bonus. I just didn’t want to gloss over some last things about Merovingian society before it ends. Medicine was a difficult practice in the early medieval period. Physicians worked on incomplete information […] 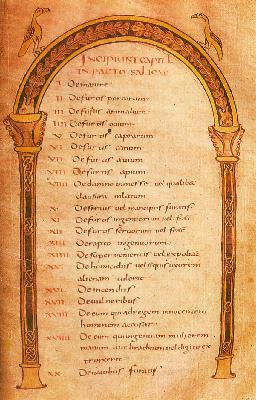 Today’s episode begins with a cliché that keeps hanging over people’s collective imagining of the post-Roman world: ‘the Dark Ages.’ In the early 14th century the Italian writer Petrarch claimed that after the Roman Empire fell Europe entered into a dark period. Later writers building off of his work claimed that this period ended with […]

Gary: Today’s special episode is an interview with Dr. Rachel Mesch. She received her BA from Yale College, her M.A. from Columbia University and her Ph.D. from the University of Pennsylvania. A specialist in 19th century French Literature, Dr. Mesch is the author of Having It All in the Belle Epoque: How French Women’s Magazines […] 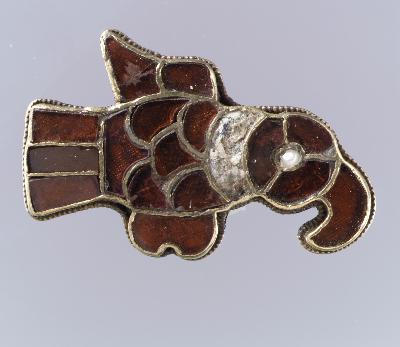 This episode and the next one or two will complete the Medieval Transformation series, as I talk about how life changed from late-Antiquity under the crumbling Roman Empire to the medieval period under the Merovingians. After that, we’re going to get right back onto the political narrative with Clothar II and Dagobert, until we reach […]
See More
Comments