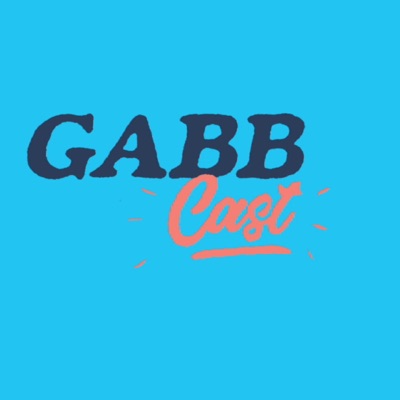 The Gabb-Cast with Collin Kartchner

DO COOL STUFF. Hosted by #SaveTheKids founder Collin Kartchner, The Gabb-Cast sits down with some of the top young athletes and artists from around the world to talk about their inspirations, adventures, and life lessons. The Gabb-Cast is supported by Gabb Wireless, a wireless network dedicated to keeping kids off the screens and the Internet and inspiring them to go outside and "Do Cool Stuff."
7 Episodes
Reverse

Sam Gordon IS women's football. When she started playing at the age of 9, there was no girl's league. So she played with the boys. At first they laughed and chanted "beat the girl, beat the girl." That first season she scored 25 touchdowns and racked up 65 tackles. Her dad made a highlights reel of his sweet little daughter plowing through the bigger boys...and it went viral on Youtube. Really viral. But that's just the beginning of Sam's amazing journey, which you should really just listen to the whole story here. We will say (spoiler alert) that she has already appeared in three Super Bowl commercials, and Sam's just getting started. Enjoy the episode.Visit GabbLife.com for daily inspiration for living beyond the screen. And don't forget to SUBSCRIBE to this channel.

Kai Jones lives a charmed life. Based in Victor, Idaho, just outside of the Grand Tetons mountain range and all the outdoor goodness of Jackson Hole, his dad owned an action sports filmmaking company, which allowed Kai to tag along on all sorts of filmmaking adventures many of the top extreme sports athletes in the world, including his uncle Jeremy Jones. It wasn't long (and maybe a bit of genetics) before Kai was keeping pace with the big boys. He began climbing mountains for first descents, taking helicopters to the tops of unreachable peaks to ski down, and spending his summers bombing the slopes on his mountain bike. It looks like a dream, but Kai's achieved this through determination and hard work (climbing mountain ain't easy). And when he's not bombing hills, he's wake surfing, playing guitar, training and focusing on his homeschool. We'll let Kai explain the rest...but suffice to say, if you wanna live a charmed life, you've got to earn it.Kai Jones is an ambassador for Gabb Life, encouraging kids to put down their phones, get outside and pursue their dreams.Check out Gabblife.com for more about living life beyond the screen.

What is a bully? Where do they come from? How do we defeat them?With October being National Bullying Prevention month, The Gabb-Cast sat down with Nate Webb, a school counselor and expert on the subject of bullying. Nate has spoken at schools around the country on this subject and understands a lot about what causes bullying and how kids should deal with it. Both cyber-bullying and old school playground bullies. So without further ado... check it out.Follow along with The Gabb-Cast during National Bullying Prevention month as we explore the issue from all angles with our host Collin Kartchner and #SaveTheKids -- visit Gabblife.com for all the details. And don't forget to LIKE and SUBSCRIBE.

What does it take to become a motocross champion? It certainly ain't easy. But 13-year-old Kelana Humphrey takes it all in with grace and style. He was born in Indonesia, was mentored by some of the world's best motocross riders, and eventually found his way to American and high-level competition. It's an amazing journey, and it's just getting started. And don't miss his impromptu rap battle with host Collin Kartchner. Only here on the Gabb-Cast. Visit us on GabbLife for all the latest from Gabb ambassadors. SUBSCRIBE to Gabb Life for more content from young movers and shakers.

Epic thrill-seekers Keir (11) and Steele (6) Sirlin join host Collin Kartchner to share their love of BMX, skate, trick scooters and all things outdoors. Learn how Keir started out by riding on Caiden Cernius' bike, what they're learning at Camp Woodward, and how Steele feels about stinkbug-flavored jelly beans.SUBSCRIBE to GabbLife to keep up on all the latest Gabb-Cast episodes.

"Do a back-flip!?" That's the cry that rises up from the skatepark any time (and anywhere) Caiden Cernius shows up. At just 9-years-old, the BMX prodigy has amassed over 700,000 subscribers on youtube and is traveling the world competing. How did it happen? What does it all mean? Tune into this episode of the Gabb-Cast with #SaveTheKids founder Collin Kartchner to find out.Please Subscribe to keep the conversations rolling. Yew.Get the full experience at GABBLIFE.COM

2020 Global Child Prodigy Award recipient Tyler Gordon has an amazing story, from being born deaf to the amazing surgery that restored his hearing, tips on dealing with bullies and the unbelievable story of his first attempt at painting. It's all right here in the very first episode of The Gabb Cast with Collin Kartchner.
See More
Comments