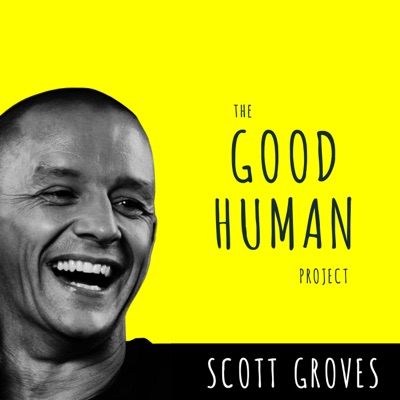 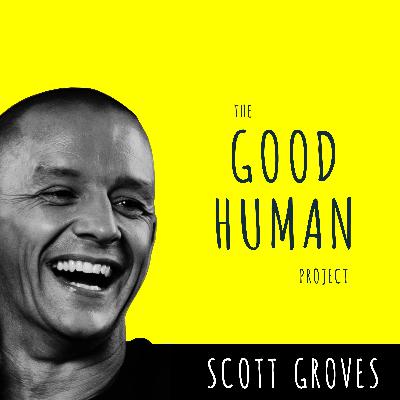 Ep 8 : Are You Suffering Idea Debt? [The Good Human Project]

Are You Suffering from Idea Debt? This intriguing concept has a lot of merit as people set too many goals, have so many un-started projects and things to do on their wish-list, that is weighs down on them emotionally creating a virtual idea debt. Much like a financial debt (where you owe someone else), an idea debt (you owe it to yourself) carries a heavy burden that can get to people after a period of time. Inspired by the Lifehacker Article by Alicia Adamczyk : https://www.lifehacker.com.au/2018/09/dont-get-weighed-down-by-idea-debt/ Insights from this article... # 1 - Examine where you are emotionally suffering due to your own overload of ideas, and lack of action. Idea debt gets heavy after a while and we ALL do it!!! "Goal setting can result in idea debt. These goals should be crossed off to restore peace of mind." # 2 - Find the right ratio of Action : Thinking to get the progress you need and simultaneous peace of mind. Maybe it's 80:20, 90:10 or you look at it in terms of minutes per day. Just 30 minutes per day on your dream whilst you work a full time job, can get you progress. But if you only work 30 minutes on something, you only want 3-5 minutes of thinking time. 30-60 minutes of thinking with zero action is the death of dreams. Progress leads to Happiness # 3 - Priorities matter, because FOCUS matters! Quality output only comes from really focussed attention. Work on ONE project at a time. Focus on it, finish it. That's what will make it great. Distraction and chopping and changing from one project to another will often result in wishy-washy output. Diluted thinking rather than deep thinking. And it's deep thinking that leads to detailed content that people actually respect and then view you as an expert for. # 4 - Cut out the sugar! It's sweet to think about all the things you want to do, but the mental candy can lead to depression. You entertain yourself with the addictive hit of regular thought - where you think and think about your dream, you visualise it and it's exciting, but there eventually becomes a point where you start to turn on yourself because it's not your reality. In fact, you're not even moving towards that reality. If your goals have become a heavy burden, you need to decide. Start working on it (and I mean now!!!) or cut it off your list. Admit you are not going to do it and move on with your life.

Download Episode The ego has a way of setting goals that is riddled with distraction, influences from society and false expectations that really don't align with your pure self. This episode explores the mental construct that shows you that what appears to be failure on the surface, is actually your subconscious succeeding with flawless perfection. It is actually just a failure to understand the deeper parts of your self that leads to believing the surface failure is actually a failure, when in reality, you are perfectly succeeding on a subconscious level, satisfying your inner beliefs and deepest values. Discover the compassion required with yourself that leads to ultimate change.

Risk and Your Rejection Economy When you mention the word “Risk”, most people immediately think of money. Starting a new business requires risk. Growing your existing business takes risk. But there’s another kind of risk. And it’s emotional. It’s also one of the best ways to grow. Risk Rejection. You can grow any business if you are prepared to risk the emotions of rejection. Too many people get locked into a mindset of financial risk and if they don’t have the money, or can’t raise it - it’s game over for them. But with just a little bit of initiative, some creativity and the willingness to risk your emotional well being, you can grow just about anything. Single and want to find a new partner? It won’t come from money, you need to risk rejection. Have an idea but too scared to share it with your boss? Money won’t change this, you must face the risk of rejection. Rejection is its own economy. And many great salespeople understand this. They can within the cogs of a business, enjoying all the fruits of the admin, the manufacturing, the management support. They can start with little to no money and take a product they believe in and create a fortune. In June 2018, I was invited to be the guest speaker at an Annual Convention for an International Health company I previously cut my teeth in sales with back 19 years ago. Amongst all the nostalgia of being back around people I knew, I bumped into a lady who started her life again in sales all those years ago. She was a single mum. Born and raised in Hungary, her English took you a few minutes to understand if you were new to the accent. After our warm hug and platitudes, she took great pride in sharing with me she is now a millionaire. And not just a million in so called assets etc - she literally has over 1 million dollars cash in the bank. Her nature is unchanged. She’s as humble as ever. And she built her entire wealth on a rejection economy. Who can do this? Well, anybody who is willing to risk. People are often too limited by their interpretation of risk. Putting yourself out there in all the various forms can be as powerful as any investor or windfall. In fact, you will often find that money won’t solve your problems. Eventually a business has to promote, to present, to risk rejection. Your ideas need the feedback. And that feedback forms the seed of a new economy that can make your dreams come true. You may find it hard at times. Getting rejected can be brutal. It can empty your cup. When it does, regroup, take some time to get strong again and like a muscle, your ability to handle rejection and keep going will form a steely resolve that will unlock potential you cannot imagine when you start out.

Download Episode #1 reason people get good at something is a “Streak”. EXCERPT From The Book "The Power of Subconscious Goal Setting" ***** Jerry Seinfeld is probably the most successful comedian in the history of the world. He started out like any other comedian. Late nights working clubs. Hold down another job during the day. Somehow find time to work on your craft in between. It’s a story anyone can relate to. Comedians work in “bits”. Every joke is a “bit”. And a comedians ability to get it right, remember it and deliver it in the way that has proven to get the best audience reaction is one of the great secrets of comedians. Except it’s not secret. It’s hard work. The concept of the TV show Seinfeld was a game changer for Jerry. It put him on the map like no other comedian has ever experienced. Backstage one night, a young software developer named Brad Isaac who was dabbling in comedy approached Jerry for some advice on how to be a better comedian. Jerry explained to Brad that every January, he would hang a large yearly planner on his wall. Every day that he wrote new material, he would take joy in putting a red ‘X’ over that day. Soon enough, a long chain of red ‘X’s would appear all strung together. His advice to Brad, “Don’t break the chain”. In the Netflix documentary, “Jerry Before Seinfeld” you see Jerry sitting in the middle of the road, surrounded by every single “bit” of paper he has ever written. Jerry looks around and says, “Every time I wrote something that worked, I saved it in this accordion folder. Every single thing. And this is it, from 1975 until this morning.” A streak is when you string together consecutive days of action. It’s that simple. “Action creates traction. Traction creates attraction.”? - Roger Hamilton I believe the #1 reason people get good at something is a “Streak”. If you really stop and think about it, what else could it be. You need to practice. You need regular action. You need to be consistent. If you want healthy teeth, you brush them every day. If you want to be lean and healthy, you simply eat clean every day. If you want to build legs that can run a marathon you run consistently. More days than you don’t. Here’s a good opportunity to discuss the finer points of streaking. Some streaks are best done every day. Some are not! I have friends who run every single day. Whilst it might sound impressive and even look good in a Guinness Book of Records somewhere - as a high performance practice, it’s plain dumb. The physical body will only ever achieve truly high performance when ‘rest’ is treated as training. Rest is a very important part of getting in peak condition. In business, you can’t work every single day of the year without taking a holiday - and you shouldn’t. With physical transformations and achieving goals like Marathon personal bests, etc - it will only happen with the right consistency and rest combined. You still have streaks. But very smart, strategic streaks that lead you naturally to the best results. Want to stop drinking alcohol? Give up sugar? Drink more water? These are best as a 7 day a week streak. But with some goals, you might choose to spread your actions into a 5 day a week, or 6 day a week streak. Your goal then becomes to string together consecutive weeks of 6 days a week for 48 weeks of the year. Be clear about your action plan up front. Want to learn to code? Code Monday to Saturday for at least one hour. Be a better salesperson? Present to someone every day, 5 days a week. And if you are struggling to make that happen, you need to do prospecting and marketing 5 to 6 days a week. Want to learn guitar? You get the idea! No matter what you want to change for yourself in life, if you just applied yourself with consistency - built a streak, you find almost nothing becomes impossible. *****

Download Episode This week's controversial topic of "Mindset is Overrated" is one that gets blow-back in almost every audience. But it's incredibly refreshing insights will open your mind to what it really takes to be successful, achieve more personal best performances and more... Action builds mindset! Think about and put into place the little actions on a consistent basis that will dramatically alter your life's results for the better. The image I use when speaking uses the Elephant because actions over time lead to muscle memory (Memory like an Elephant). Enjoy - and if you feel like being really cool, give it a "Like" and a "Share".

In this episode, we explore "stress" but more importantly the "Outlets" of stress. The quality of your outlets determines the quality of your life. Learn about: the true definition of stress - defining the difference between eustress and distress 4 outlets of anger how to create positive outlets why people over-eat the ugly outlet of "bottling" stress using nature to center yourself again consciously construct outlets that empower you and make you better & stronger.