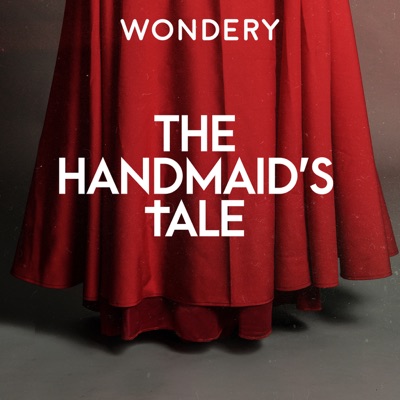 Award-winning audio producer John Scott Dryden brings you into a dystopian future, in which the birth rate has plummeted and the United States has become a theocracy called Gilead. Women who are capable of childbirth are pulled out of society and trained as handmaids, then assigned to men for the sole purpose of procreation. From the same source material as the critically acclaimed Hulu series, this six part series of “The Handmaid’s Tale” is audio fiction at its finest.

Listen to new episodes of The Handmaid's Tale early and ad-free by joining Wondery Plus in the Wondery App: https://wondery.app.link/thehandmaidstale 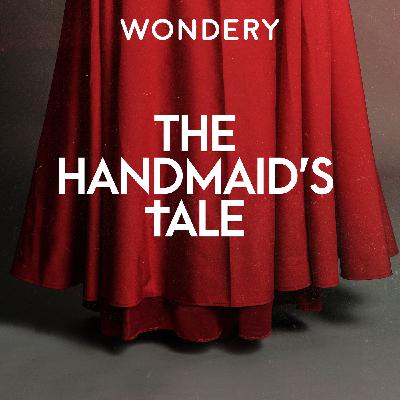 In the first of this six-part audio drama based on Margaret Atwood’s chilling novel, the United States government has been overthrown and replaced by a military theocracy called the Republic of Gilead. As women's rights are being stripped away, the protagonist and her family attempt to flee the country. But they are not so lucky.Listen to new episodes of The Handmaid's Tale early and ad-free by joining Wondery Plus in the Wondery App: https://wondery.app.link/thehandmaidstalePrivacy Policy and California Privacy Notice.

Having lost everything, including her name, our hero begins her indoctrination into the new religious order as she trains to become a handmaid. An honored position in this new world, she will be a servant whose sole function is procreation.Listen to new episodes of The Handmaid's Tale early and ad-free by joining Wondery Plus in the Wondery App: https://wondery.app.link/thehandmaidstalePrivacy Policy and California Privacy Notice.

The protagonist receives a new assignment and name: Offred, “Of Fred.” It is her third posting as a handmaid, and she well knows what happens to handmaids who fail to bear a child. She settles into her new home, forging a complex relationship with the Commander’s wife, Serena Joy, as she prepares for the upcoming ceremony.Listen to new episodes of The Handmaid's Tale early and ad-free by joining Wondery Plus in the Wondery App: https://wondery.app.link/thehandmaidstale.Privacy Policy and California Privacy Notice.

Offred's after-hours visits with the Commander complicates her relationship with him. On one of their regular outings, another handmaid reveals a shocking secret about Offred's predecessor in the Commander’s home.Listen to new episodes of The Handmaid's Tale early and ad-free by joining Wondery Plus in the Wondery App: https://wondery.app.link/thehandmaidstale.Privacy Policy and California Privacy Notice.

Frustrated that Offred has not yet conceived, Serena Joy proposes a solution. Meanwhile, the Commander has a surprise that leads Offred on an unexpected trip, and an encounter with an old friend.Listen to new episodes of The Handmaid's Tale early and ad-free by joining Wondery Plus in the Wondery App: https://wondery.app.link/thehandmaidstalePrivacy Policy and California Privacy Notice.

In the series finale, another handmaid’s suicide alarms Offred, and intensifies her already difficult situation.Listen to new episodes of The Handmaid's Tale early and ad-free by joining Wondery Plus in the Wondery App: https://wondery.app.link/thehandmaidstale.Privacy Policy and California Privacy Notice.

Introducing: The Devil Within

It’s a case that has haunted Jefferson Township, New Jersey, for more than 30 years. On a snowy January night, 14-year-old Tommy Sullivan did the unthinkable: he murdered his mother in cold blood, set fire to their house, and then took his own life.Out of the flames of this horrible tragedy, investigations revealed that Tommy was, himself, a part of a Satanic Cult, sparking a nationwide hysteria now known as the “Satanic Panic”This monumental moment in American culture led to communities nationwide enforcing draconian measures to protect their children from what they perceived to be the devil’s influence. Even the Catholic church was convinced this was a case of demonic possession.On the new podcast, The Devil Within, the truth of the grisly murder is finally revealed. Did Tommy act alone? Did he really commit suicide? Is his cult still in power? The Devil Within finally sheds light on questions left unanswered for decades...Listen Here: wondery.fm/TheDevilWithinPrivacy Policy and California Privacy Notice.

Wondery Presents: This is Actually Happening

What would you do if a singular moment changed your life forever? This is Actually Happening is a weekly podcast from Wondery that features extraordinary true stories of moments that changed absolutely everything for ordinary people. They're unforgettable, perspective-changing stories that will have you on the edge of your seat waiting to hear what happens next. In this preview, you'll hear from a woman who becomes deeply involved in the search for a missing friend, decades after her brother disappeared in the early 1980s. Listen to the full episode at wondery.fm/TIAHpodcast.Privacy Policy and California Privacy Notice.
See More
Comments (3)

Why Nick is called Joseph ? I dont' remember his name on the book :(