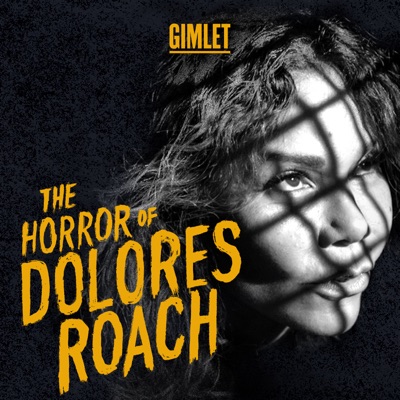 The Horror of Dolores Roach

With blood on her hands, the infamous Dolores Roach has fled the recent shocking destruction in Washington Heights and gone into hiding deep under New York City in an abandoned subway tunnel. But she’s not alone underground, and her dark night of the soul is interrupted by an extremist faction of similarly self-exiled tunnel-dwellers whose space she's invaded. Facing re-incarceration back above ground, but pushed to the limits of shame, paranoia, lust, hunger, and depraved entrepreneurialism below it, Dolores is the outcast of the outcasts again - until she takes her survival in the tunnels into her own Magic Hands. Season 2 of The Horror of Dolores Roach is written and directed by Aaron Mark and stars Daphne Rubin-Vega, Donnell Rawlings, and Amy Ryan.

Dear Adam, What's wrong with a woman engaging in consensual sexual activities? And getting paid for it? Nothing, is what! oh, and btw, in 2020 we don't call people retarded - even people who are, in fact, somehow impaired or handicapped. Geezy, it's almost like you're a Boomer or something! But I mean I'm in my 40s and even I know it's okay for grown ass women to make their own bodily decisions. Sincerely, Every lady with a WAP

Holy shit, this show is terrible. The main character is a massive whore, and literally retarded. Nothing about this is scary or even interesting.

When will season 2 start? Can't wait!!

I was just getting ready to start this show, and noticed that they mention a Season 2 in the write up. But... I don't see any Season 2 on here. Is this going to be ANOTHER one of those podcasts, which you have to pay for every single season, or episode??? This is getting ridiculous... as if we don't have enough to pay for these days... paying for everything, and then the extras, or "additions" for everything!!! I already pay for the podcast site itself. You buy a cell phone, then you have to pay for a cell phone plan, and then you have to pay for the data, and all of the accessories (as if the phone wasn't expensive enough) You buy a television, then you pay for your basic cable (extra if you want HD channels), then Netflix, and Hulu, etc... You buy a car that comes with smart features, even has built in Wifi... but you have to pay extra for that, as well. Even though you can clearly see the wifi signal is already there, just blocked. You pay in an insane amount of money each month for health & dental insurance, but then you have to pay full price for everything until you reach a deductible that is entirely unrealistic... but even then... you STILL have to pay towards everything! By then, it starts all over again the next year! No one can even afford a house anymore... besides the prices have doubled, or tripled. A household making 3 figures together, struggles to afford a decent life. A house, 2 cars, cable, internet, cell phones, laptops, tablets... kids??? A family?? Sorry, we were tapped out at 1 car, and all of the electronics it takes to survive in this world. How on earth is anyone supposed to survive anymore?? So sorry... not sure where that came from. I guess I am just in shock that this is actually our reality... just hope I'm not alone in this... lol.

love the podcast but DAMN!! the commercials are annoying

Soooo good. Ok so 1 year from 1st series to this 2nd series, does that mean another year to wait until we find out what Dolores does next? Surely her old "friend" will star in ep.1 series 3......

Stumbled on to series 2 and binged it all at once. Loved 1st series and 2nd season didn't disappoint. Creeeeeepy!!!!!!

I started this forever ago and got swept up in the true crime mess. Now I'm back and kicking myself for not continuing it before. Hands down one of the best audio dramas out there. #Audiodrama

This is great! But it's like a ghetto Sweeny Todd. just without the singing.

This was exactly what I was searching for!! Delores Roach is among the best of the scripted fiction dramas with a cast I have listened to so far. I just hope that the success of this Podcast leads to many more quality actors and writers using the Podcast format to share their enormous talents. #CastedPods

This podcast has kept me on the edge of my seat wondering what craziness was coming next with Dolores Roach. What level of psychotic she would go to next. Who would be her next victim. What level of "omg"would come with the next detail of her adventures. Great job Gimlet!

this is what happens when you smoke weed

Just binged season 1&2 and need to know what happened! Love the show! The storyline is unlike anything else out now and totally unpredictable. Want to know when is season 3 airing?!?!

Dolores is too far gone, I wonder if she'll ever stop killing. The craziest thing is how she convincingly justifies her killings to herself.

I'm a ridiculously busy human with no time for anything, BUT I took the time to find out where and how I can contact you regarding your show, The Horror of Dolores Roach. This was the best podcast I've ever heard! The acting was amazing. Please come out with another season and/or more shows along the same line, using the same talent!