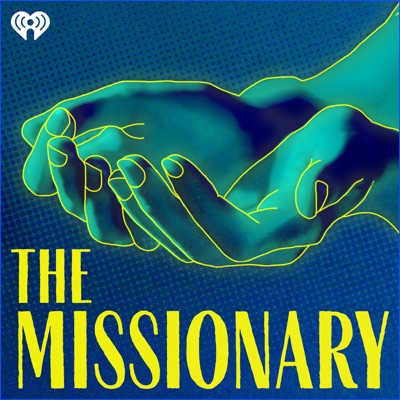 A young missionary named Renee Bach left her comfortable life in America to start a malnutrition program in rural Uganda. Folks back home and in Uganda praised her as a model missionary -- an example of the healing power of God’s message. But a decade later she’s accused of masquerading as a doctor and rumored to have killed hundreds of children in her unlicensed clinic. How did Renee Bach end up here? Is she a case of good intentions gone wrong...or a predator posing as a saint? Hosted and reported by journalists Rajiv Golla, Halima Gikandi and Malcolm Burnley.

In 2009, a young American missionary named Renee Bach built a nonprofit to fight child malnutrition in Uganda. Ten years later, allegations surface that hundreds of children died at her facility. How could this happen? Hosted and reported by Rajiv Golla, Halima Gikandi and Malcolm Burnley.  Learn more about your ad-choices at https://news.iheart.com/podcast-advertisers

Renee Bach was 19 when she decided to follow God's calling to Uganda. Ten years later, she's accused of impersonating a doctor and she's blamed for the deaths of more than 100 children. We look into the allegations and talk to Renee's accusers. Learn more about your ad-choices at https://news.iheart.com/podcast-advertisers

The first death at Serving His Children wasn't a child, but a 27-year-old woman. Now, no one can agree on how she died, or if she needed rescuing at all. Learn more about your ad-choices at https://news.iheart.com/podcast-advertisers

After months of silence, Renee Bach appears on Fox News to defend herself. A few days later, we receive an invitation to meet her in Virginia, face-to-face.  Learn more about your ad-choices at https://news.iheart.com/podcast-advertisers

For years, a baby named Patricia was a Serving His Children success story. But a video sent to our team throws everything into question. Learn more about your ad-choices at https://news.iheart.com/podcast-advertisers
See More
Comments (7)

I can't stand people who end every sentence as if it were a question.

So not only does Renée have a savior complex, she also has a persecution complex. Typical.

All Renee's comments in her blog and interviews are I and Me statements. She has no interest in the Ugandan people she initially went to help.

worth the wait (so far)!

what the heck??? when will this start??