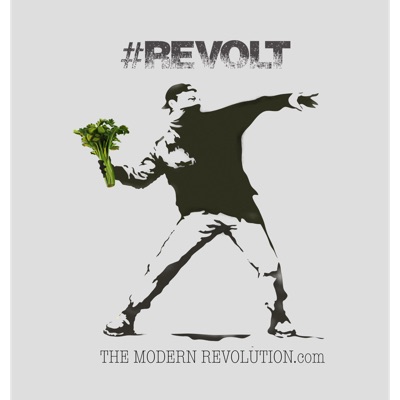 The old structures of our global society are not serving us well.

We need to creatively destroy the ships that brought us here
and move in to the new land of the future with better tools.

Tools that keep us safer and healthier
that create more wealth for more people
that foster more intimate and rewarding relationships.

We need to leave behind what is not working.

We need a Modern Revolution.

From Tiffany Houston:   By age 15 I was 5’9” and 250 lbs and on my way to the grave if I didn’t make a change. Sounds dramatic but its true. So I began taking nutrition and weight lifting courses in high school to educate myself on living a well rounded healthy lifestyle. After high school I attended Arizona State University where I fell in love with group fitness and became an instructor. Fast-forward 10 years later and I am a healthy 160lbs. Along my weight loss journey I have helped 100’s of people change their lives and my goal is help and encourage as many people as possible. I understand the physical and mental journey one must go through to drastically change their life for the better and I am here to help!

From The Beer Research Institute's story:   "Not everyone knows our story. If you’ve been with us since the beginning, there’s a chance you’ve heard it. At least some of it… Like so many great American success stories, ours began in a garage. Let’s jump in the time machine and go back to the winter of 2005. I received a gift card for Christmas and immediately took it down to the local homebrew shop to purchase everything I needed to brew my first batch of beer. It was horrible but I drank every drop and it sparked a passion that I knew I would pursue. After a couple of humbling batches of beer, Greg came over and jumped in on the brew days. We were both hooked. We sought out every book we could, followed every beer blog and pod cast that was available. We joined our local homebrew club and continued to make as much beer as our schedules allowed. Through the process, like every homebrewer, we kept refining our process and adding equipment to make our brew days more efficient. Then, little by little, we started making better beer. Ultimately, the hobby was challenging and fun. If you know anything about us, you know we like to have a good time. About the only thing we take seriously is our craftsmanship and our brand."

Andy is the owner of CrossFit LA (CFLA), one of the most successful CrossFit training centers in the world. Established in 2004, CFLA was the ninth licensed CrossFit affiliate in the world (out of 10,000+), and the first to be featured in national media. A former professional adventure racer, extreme athlete, and master white-water kayaker and mountaineer, Andy has completed three Eco-Challenges, one Raid Gauloises, and the La Ruta de los Conquistadores (a three-day mountain bike race known as the world’s hardest). A classically-trained trumpet player (Eastman School of Music) and a Marine Gulf War veteran, Andy was the oldest participant, at 43, to qualify for the 2009 CrossFit Games. Andy has been a CrossFit trainer for over 11 years and hold CrossFit sports-specific certifications in Olympic weightlifting, gymnastics, powerlifting, the Pose Method of Running, endurance, and nutrition. Andy is a VIVOBAREFOOT running coach and a CHEK level 2 corrective high-performance exercise kinesiologist and nutrition and lifestyle coach. With an undergraduate degree from the University of Rochester and a master’s degree in spiritual psychology from the University of Santa Monica, Andy lives in Los Angeles with his wife, Julia, and their son, Dashel.

Kimber Lanning is founder of Local First Arizona and Local First Arizona Foundation, two distinct statewide organizations working in tandem to strengthen Arizona's economy. Lanning is an entrepreneur, business leader and community development specialist who works to cultivate strong self-reliant communities and inspire a higher quality of life for people across Arizona. Lanning’s passions, which are seen throughout her work, include fostering cultural diversity and inclusion, economic resilience and responsible growth for Arizona. Lanning has grown Local First Arizona into a widely respected organization that is leading the nation in implementing systems and policies to ensure a level playing field for entrepreneurial endeavors of all sizes.  With nearly 3,000 business members and four statewide offices, Lanning leads a team of 17 who work on a diverse array of programs ranging from healthy local food access, entrepreneurial development in underserved communities, and rural community development, each of which plays a part in building sustainable and resilient local economies. THINK LOCAL. BUY LOCAL. BE LOCAL. Local First Arizona is a nonprofit organization that celebrates independent, locally owned businesses. We support, promote and advocate for a strong local business community and raise public awareness of the economic and cultural benefits provided by strong local economies. Local businesses contribute to a sustainable economy for Arizona and build vibrant communities we're all proud to call home.

It is obvious from the nationwide decline in church attendance and the great increase in “nones”  (people claiming “none” as their religious affiliation) that the traditional spiritual offerings are no longer meeting the needs of the people. That said, there is a general increase in a sense of awe and wonder. So how will we continue to facilitate our spiritual wellness if not in churches? And what even does spiritual wellness look like?  Like every other kind of fitness, our spiritual fitness is not purely of a spiritual nature, but overlaps with our mental, physical and lifestyle as well. This insight is the impetus for Katy Steinberg’s vision for Missing Peace, a movement addressing the physical, cerebral, spiritual, and serving components of spiritual fitness.  Despite moving nearly 26 times, Katy Steinberg names Winter Park, FL as the place she is “from.” That said, she and her family comprised of husband Jeff, and their two children have been in Daytona Beach area for 10 years or “my whole life” as the kids would say. At 36 years old, Katy has completed a bachelors in Business with minors in Mass Communications and Economics from the University of Florida, and a Masters in Divinity from Columbia and University of Dubuque seminaries.  Amongst Katy's social contacts, it became clear 2.5 years ago, that there were inadequate venues for spiritual exploration and wellness for people who didn’t feel like they fit or didn’t feel welcome in churches. From this consensus, an idea was born for Missing Peace   A place where doubter and disciple could both gather for spiritual practices, physical activities, cerebral discussions, and serving opportunities.  To do this, they began meeting in August of 2015 as a nomadic community of sorts that would gather weekly and travel the area seeking these different experiences in order to connect with each other and the divine in meaningful ways. Over 400 people have come to check out this unique expression of life and faith in community, serving nearly 1000 hours and giving over $25,000.  Looking for ways to participate in your spiritual wellness? Follow Missing Peace on Facebook, YouTube, Instagram, Twitter, eNewsletter, or simply make time for a few deep breaths and listen closely to your own spirit whispering to you exactly what it needs.     Katy Steinberg Founder MISSING PEACE ormondsmissingpeace.com Text Alerts: text PEACE to 33222 Facebook YouTube Instagram Twitter eNewsletter

Deborah Frieze is an author, entrepreneur and social activist. In 2013, she founded the Boston Impact Initiative, an impact investing fund focused on economic justice, which means investing in opportunity for all people—especially those most oppressed or abandoned by our current economic system—to lead a dignified and productive life. The fund takes an integrated capital approach, combining investing, lending and grantmaking to build a resilient and inclusive local economy. Deborah’s focus on resilience began during her tenure as co-president of The Berkana Institute, where she worked to support pioneering leaders who were walking out of organizations and systems that were failing to contribute to the common good—and walking on to build resilient communities. These leaders are the subject of her award-winning book, Walk Out Walk On: A Learning Journey into Communities Daring to Live the Future Now, co-authored with Margaret Wheatley. After writing Walk Out Walk On, Deborah decided to build an urban learning center modeled after the pioneering leaders she wrote about. In August 2013, she founded the Old Oak Dojo in Jamaica Plain, MA, an event center dedicated to racial justice and a place where neighbors gather to rediscover how to create healthy and resilient communities. **** The Modern Revolution is a production of A Well Run Life. Subscribe to our 3 minute Podcast on our favorite podcast player: CastBox.

The Modern Revolutionary Roza Ferdowsmakan:   roza ferdowsmakan is a tech founder and slow food enthusiast who seeks to normalize farm-to-table for everyone, everywhere. she's the founder of bites, a free mobile app that connects foodies (those seeking to taste their way through life and open to world cuisines) with local chefs, such as home cooks, culinary students, and professional chefs, for in-home, farm-to-table dining experiences, with ingredients sourced from local growers. these local growers include urban farms, micro farms, co-ops, community gardens, backyard gardens, and family-owned small farms.   bites is a tool that facilitates an ecosystem where all of the participants benefit. what's in it for foodies, chefs, and local farms? for foodies, bites is about culinary adventures at all budgetary levels, so that more socio-economic levels can participate in farm-to-table. for foodies, it's also about celebrating diversity through the various cultures and cuisines that come into foodies' homes, and it's about community building. for the culinary talent on the app, it's about economic empowerment (jobs) - these home cooks, culinary students, and professional chefs generate an income with zero overhead, while setting their own pricing, availability and menus. for the local farms, it's about visibility and support. bites is interested in sending chefs and foodies alike direct to local growers, increasing their profits and decreasing their waste, while diverting from landfills.    bites can be downloaded from the app store or google play onto your phone. visit www.bites.mobi to learn more, check out whose talked about bites in the press, and follow us on our social media links.    with gratitude, roza ferdowsmakan founder 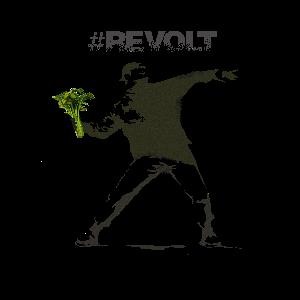 The old structures of our global society are not serving us well.    We need to creatively destroy the ships that brought us here and move in to the new land of the future with better tools.   Tools that keep us safer and healthier that create more wealth for more people that foster more intimate and rewarding relationships.   We need to leave behind what is not working.   We need a Modern Revolution. Get Ready. It's Coming.
See More
Comments