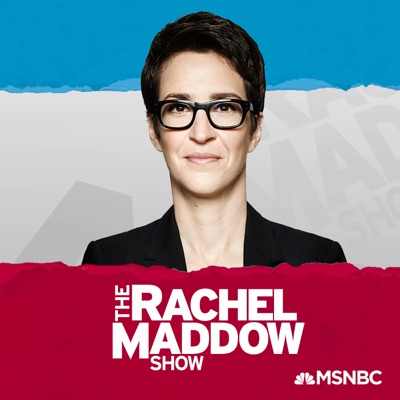 Rachel Maddow works with unmatched rigor and resolve to explain our complex world and deliver news in a way that's illuminating and dynamic, connecting the dots to make sense of complex issues. Join her every weeknight as she provides in-depth reporting to illuminate the current state of political affairs and reveals the importance of transparency and accountability from our leaders.

Will the U.S. military on U.S. soil? Nothing is certain with Trump.

Minneapolis mayor: 'We need a charge of the arresting officer' 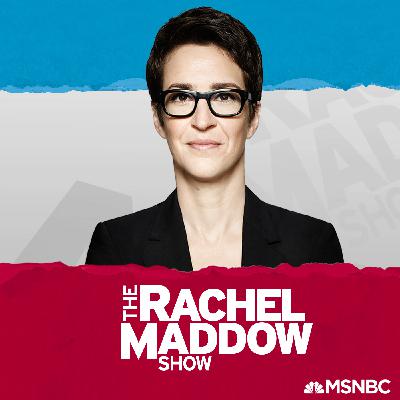 He was brash. Politically incorrect. An “outsider” political candidate who rose to the White House, out of nowhere, with a reputation as a “counter-puncher.” But Vice President Spiro Agnew was also something else… an active criminal whose secrets were about to be exposed. What happens when a “counter-puncher” in the White House suddenly sees his political future directly threatened by investigators inside his own Justice Department?Reference links, transcripts and more at MSNBC.com/BagMan.Contact us via e-mail at BagManPod@gmail.com.
See More
Comments (1123)

I cannot get enough of you and your show. Thank you so much for your unique approach to telling your viewers each day's news.

In spite of the government lying and providing false information, one would assume the people of this country have minds with which to think and to assess the facts, science being provided by physicians and scientists and falling that, imperial evidence. Why should we begin to look to 'our' government for guidance now?

There is a global pandemic. at least give benefit to doubt. It is not a liberal hoax. Stop wasting time reading about conspiracy theories

Covid-19 should not become a political matter to divide us by.

Know your sources. Read. Science is best we have to go by.

I live in Arkansas and I have not seen any cases, curious... maybe because it's a hoax! I ain't wearin no mask those are for pussies and pussies are for grabbin!! lol 😂 Liberals stop this hoax so people can get back to work! Also stop the round earth hoax! Qanon will save us, thru trump and expose all these evil Hollywood democrats. #Trump2020 #MAGA #FlatEarth #WWG1WGA

Your show is my favorite. You always have a different twist on everything. I appreciate you and I see you. I literally see you. You get that I'm certain.

He is wrong not the CDC is the best. Maybe they are the sophisticatest but the Germans are the ones with the hardest work ethics. They had a funktiunating test system in whole Germany in mid January.

Close contact transmission continues. BS. We're past the point of preparedness and even management.

And the award for Understatement of the Century goes to...

My son said, "Is this guy (Kemp) trying to be an 'economic hero'?" My son is graduating from high school in Cobb County, Georgia.

Why isn't anybody talking about the possibility of the infected workers who are being forced to work by management in the meat processing plants infecting our meat supply. Long before these workers were forced back to work, they were being infected at work and film showed them all working WITHOUT masks. Clearly must near is cooked but a lot of the products such a chicken nuggets are merely heated up in microwaves and I highly doubt parents are putting a meat thermometer in each nugget to ascertain whether each nugget has reached the appropriate temp to kill bacteriae and viruses. Seriously, WHY IS NOBODY ADDRESSING THIS ISSUE?! #IsOurIMeatSupplyInfected #CompromisedMeat #TheRachelMaddowShow #Politics #Coriavirus

makes me wonder what the presidential and republican reaction would be if the covid infected factories were the ones that produced tofu instead of meat.

Great work, Rachel. you're the best.

So this scientist with years of experience in vaccine studies is being removed and replaced by ... a dog breeder? This truly has become Alice's wonderland.

Ha! so she's saying that the meat processing plants MUST stay open (Thanks trump!) but that they don't have to protect workers?? That's gotta be fake news lol no way trump would allow that. We need our meat, if I don't get my big Mac and pepperoni stick I get pissed. #Trump2020 #MAGA

My uncle works at one of those beef packing companies in Grand Island, NE. He’s contracted COVID 19 and infected his wife. My uncle has been in and out of the hospital and we are praying every day for his recovery. My aunt, thankfully has not needed to be hospitalized, that being said, she has never been more sick.

Faaaaaaake News! Liberals are the ignorant ones, Rachel knows nothing she's just some talking head!

Rachel, love your focus on nursing homes, but please don't overlook that the majority of NH are owned by large chains, i.e., corporations. These corporations have a role to play in keeping residents safe, and should be held to account for what they are, and are not doing, right now. If you have research staff, there is quite a lot of NH data available from Medicare.gov and cdc.gov with ownership and other basic demographic info, to name just a couple found with a quick Google search. Also, most residents in most nursing homes are funded by Medicaid, so it is useful to question if the same class dynamics which result in higher deaths among non-whites are, in addition to age-related morbidity, playing out in NH...? And staffing in NH is and has always been unlike hospitals. NH direct care staff is primarily nursing assistants, certified based on individual states requirements. The NH director of nursing may be an LPN, not an RN. The Medical Director, M.D., is likely a contracted position with minimal hours per month. I could go on... Anyway, please bring your spotlight to the large chain corporate owners, and help stir them into action.