Dave Jones is joined by Gary Neville and Jamie Carragher on Monday Night Football as Tottenham travelled to Craven Cottage to face an inform Fulham side.As well as reviewing the game, the trio take an in-depth look into the situation at Everton, who have recently parted ways with manager Frank Lampard. Super Sunday's thriller between Arsenal and Manchester United is also discussed, and finally, Premier League predictions are given as we approach the second half of the season. 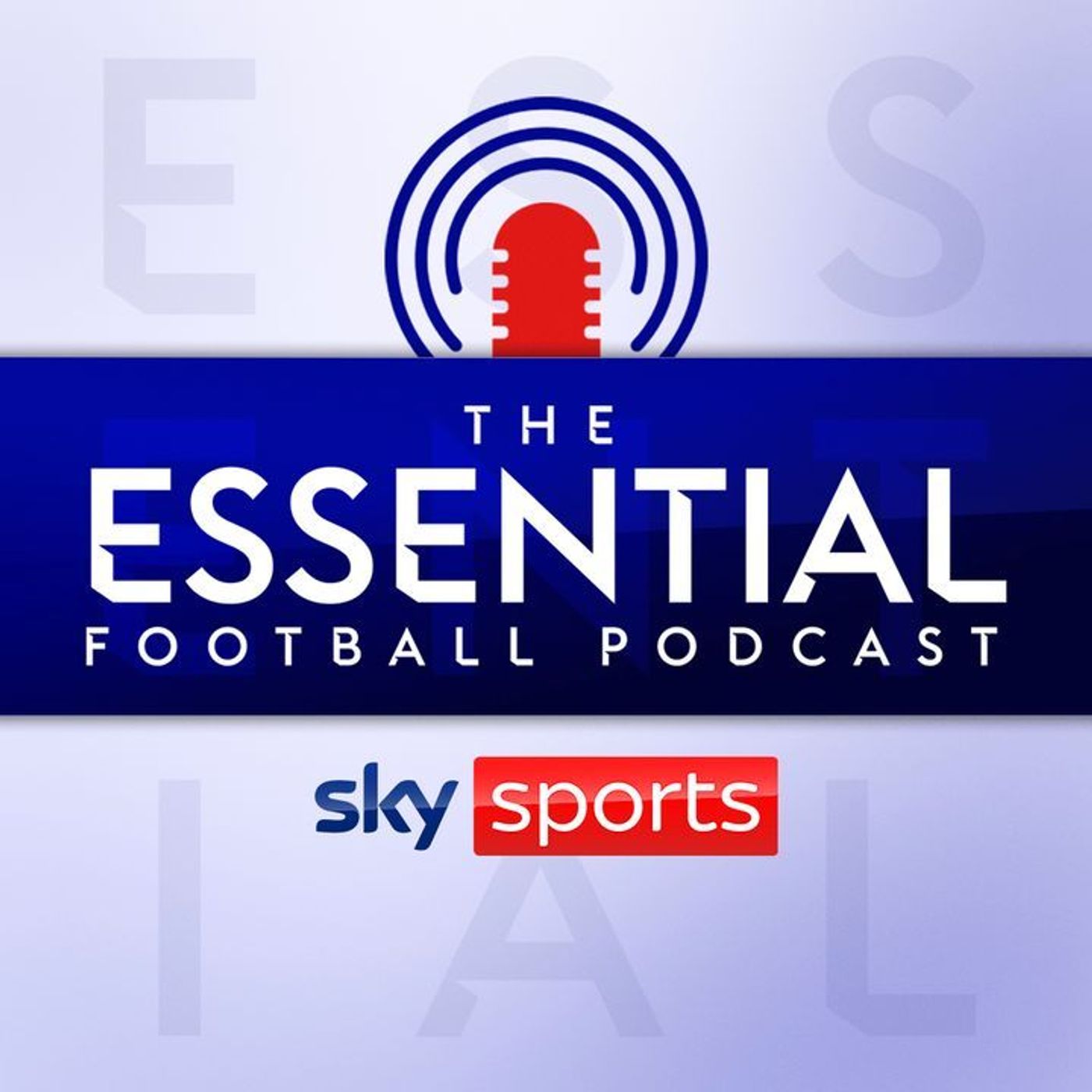 Essential Football is back with a round-up of all the weekend's Premier League matches, featuring reporter analysis from up and down the top-flight.Richard Morgan looks back at a thrilling contest between Arsenal and Manchester United, which saw the Gunners maintain their five-point lead to Man City at the top of the Premier League with a 3-2 victory. Can Arsenal be stopped in their quest to bring the title back to north London?Erling Haaland and Man City will be doing their utmost to stop Mikel Arteta’s side. They beat Wolves 3-0 as Haaland scored yet another hat-trick and Adam Bate gives his reaction to the Norwegian’s scoring exploits.There’s analysis from the 0-0 draws between Liverpool and Chelsea and Crystal Palace, while Lewis Jones reacts to what could prove to be a crucial win for West Ham and David Moyes against Everton. Defeat leaves the Toffees deep in the relegation mire and Frank Lampard under huge pressure.We also hear about wins for Aston Villa and draws between Leicester and Brighton, Leeds and Brentford, and Bournemouth and Nottingham Forest.And that's your Premier League Weekend Wrap!

David Jones is joined by Cesc Fàbregas, Roy Keane and Jamie Redknapp discuss Arsenal's title chances after the Premier League leaders beat Man Utd 3-2 in a thriller at the Emirates to restore their five-point advantage over Man City.

David Jones is joined by Jimmy Floyd Hasselbaink and Kieron Dyer as they analyse the missed chances by Newcastle as they let slip an early opportunity to solidify a top-four spot.

Reaction and analysis from Selhurst Park as Michael Olise rescued a 1-1 draw for Crystal Palace as Manchester United missed the chance to go second in the Premier League.

Essential Football is back with a round-up of all the weekend's Premier League matches, featuring reporter analysis and manager reaction from up and down the top-flightPeter Smith looks back at Manchester United’s derby win over Man City. Are United now in the title race? Arsenal extended their lead at the top of a table with a derby win of their own. Mikel Arteta’s side beat Tottenham 2-0 to open up an eight-point gap. Nick Wright gives his verdict on a pulsating North London derby at the Tottenham Hotspurs Stadium.There’s reaction from Newcastle’s late win against Fulham and Chelsea’s much-needed victory against Crystal Palace, while there is analysis of the continued problems on Merseyside as Liverpool lost to Brighton and Everton were defeated by Southampton.We also hear about wins for Aston Villa, Nottingham Forest, Wolves and Brentford.And that's your Premier League Weekend Wrap!

David Jones is joined by Louis Saha, Paul Merson and Jamie Redknapp to discuss Arsenal's North London derby win over Tottenham thanks to an own goal from Hugo Lloris and a strike from Martin Odegaard. The victory sent them eight points clear at the top of the Premier League but was marred by a Tottenham fan kicking Aaron Ramsdale after full-time.

David Jones is joined by Micah Richards, Jamie Carragher and Gary Neville to discuss the talking points and analyse Brentford’s 2-1 win against Liverpool.Neville said Brentford remind him of a modern day Wimbledon with their work rate and desire and they beat up Liverpool in their 3-1 win. Jamie Carragher also felt this result was coming for Liverpool due to mediocre recent performances and said they got what they deserved.There is also reaction from goalscorer Yoane Wissa, Jurgen Klopp whilst Thomas Frank speaks pitch-side with Dave Jones, Micah Richards, Jamie Carragher and Gary Neville.

Jamie Redknapp, Jimmy Floyd Hasselbaink and Graeme Souness discuss Chelsea's goalscoring problems and debate whether they need to sign a striker in the January transfer window. The Super Sunday team also talk about Antonio Conte saying Spurs need to be signing two players worth £50-70m every season if they are to become serious title contenders.

Kelly Cates is joined by Paul Merson and Glenn Murray as they analyse Arsenal's 4-2 win over Brighton at the Amex. The Gunners moved 7 points clear at the top of the Premier League table after Saka, Odegaard, Nketiah and Martinelli fire them to victory.

Kelly Cates is joined by Gary Neville and Jamie Carragher as they discuss Liverpool's 2-1 win over Leicester, thanks to Belgian defender Wout Faes' two own goals that handed the Foxes a defeat at Anfield. 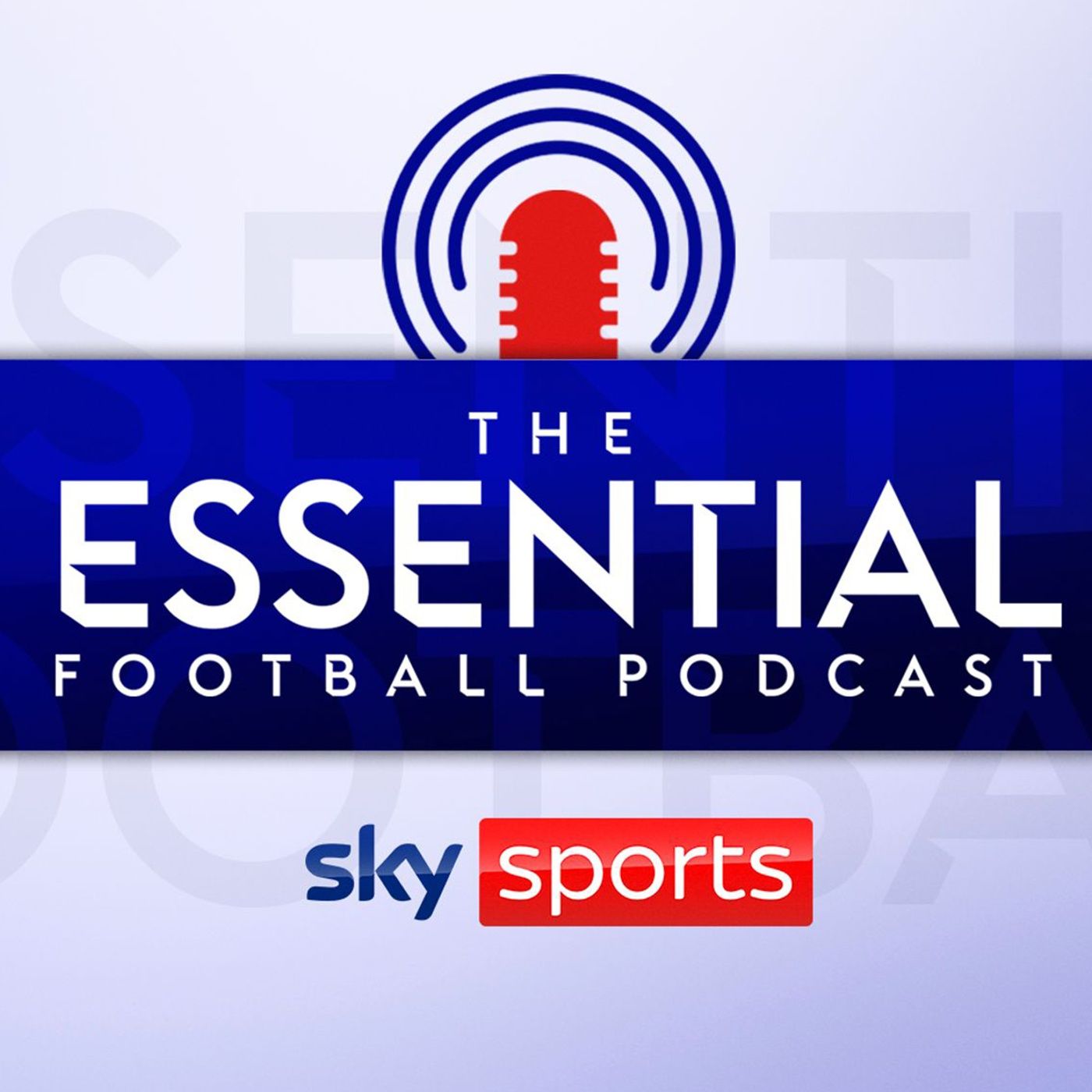 Essential Football is back - and so is the Premier League after the World Cup break.Looking ahead to the resumption of the top flight, Ron Walker is joined by mental performance consultant Mark Bowden to analyse why such a short turnaround may affect players over the next few games - without them even realising it.

Neville's verdict on Ronaldo saga: No way back for him at Man Utd

Gary Neville has his say on the situation surrounding Cristiano Ronaldo, following the Manchester United forward's recent comments about the club. 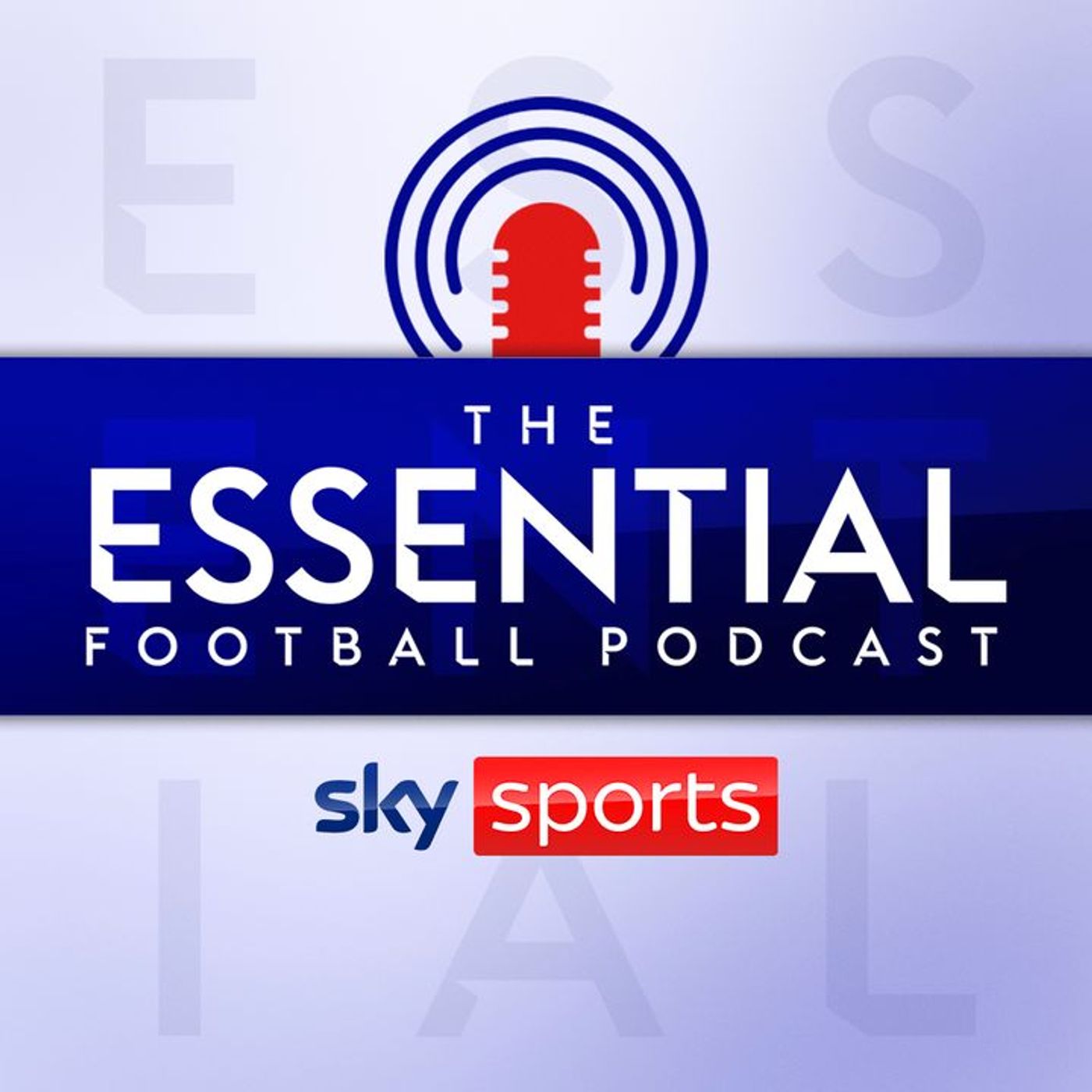 Cristiano Ronaldo ‘betrayal’ special: Why did he go public, what will happen next and has an unhappy exit always been on the cards

Cristiano Ronaldo has gone public about his unhappiness at Manchester United – saying he feels ‘betrayed’ by the club and that Erik Ten Hag and other members of staff are trying to force him out.On a special edition of Essential Football, Ron Walker speaks to Sky Sports News reporters Kaveh Solhekol and Melissa Reddy to get the inside line on what’s going on in the minds of both the club and the player – and how they would deal with his departure.Why did he do the interview? Will he ever play for United again? How did they find out, and how will they react? Found out the answer to those questions and more.

Essential Football is back with a round-up of all the weekend's final Premier League matches before the World Cup, featuring reaction, interviews and reporter analysis from up and down the top-flight.PART ONE | There’s reaction from both camps as Ivan Toney hits back at his England snub with a double to earn Brentford a shock win at Man City, Lewis Jones gives his assessment as Spurs keep up their penchant for drama with a late win over Leeds and Graham Potter explains where it’s all gone wrong as Chelsea are beaten again at Newcastle.PART TWO | Ben Grounds pores over Everton’s latest setback and their fans’ anger after a 3-0 reverse at Bournemouth, Nick Wright is in west London as Alejandro Garnacho announces himself with a last-minute winner to beat Fulham, and Martin Odegaard and Aaron Ramsdale explain the tactical tweaks which earned Arsenal a 2-0 victory at Wolves.PART THREE | Charlotte Marsh assesses Leicester’s resurgence with another win at booed-off West Ham, Steve Cooper looks at the positives as Nottingham Forest move off the bottom of the table with victory over Crystal Palace, Unai Emery’s start to life at Aston Villa continues on its upward trend with a 2-1 win at Brighton, and Jurgen Klopp says he’s happy with Liverpool’s points tally – despite sitting seven points off the top four.And that’s your Premier League Weekend Wrap!

There are many pair teams on Squash game with their tactics of the game. Even though the rules of the game are easy to understand https://oddsdigger.com/ng/squash predicting the results of the match is quite difficult, with this can help timely appeal to the Odds Online forecasting tools

looks forward to their televised clash with Man Utd 2 [url=https://www.google.com]3[/url]

why Tottenham have started the season so well and whether Arsenal can go unbeaten?

haring the article, and mo https://toppctips.com/ re importantly, your personal experienceMindfully using our emotions as data about our inner state and knowing when it’s better to de-escalate by taking a time out are great tools. Appreciate you reading and sharing your story, since I can certainly relate and I think others can too

ring the article, and more impo https://vidmate.onl/download/ rtantly, your personal experienceMindfully using our emotions as data about our inner state and knowing when it’s better to de-escalate by taking a time out are great tools. Appr

haring the article, and mo https://vidmate.onl/ re importantly, your personal experienceMindfully using our emotions as data about our inner state and knowing when it’s better to de-escalate by taking a time out are great tools. Appreciate you reading and sharing your story, since I can certainly relate and I think others can too

Oh and Kane is the Rooney of his generation. Top foreign clubs will tend not to want them because they are very English style centre forwards and they will be too expensive. Liniker was seen as a poacher, like Gerd Müller or Inzaghi and Bale was a unique phenomen, possibly more like Henry being a winger, before being put in a centre forward shirt (Bale to RM was bigger news than Henry to Arsenal though). Kane, would have to have a team adjusted around him and the big clubs and the big players at them aren't going to be too enthusiastic about that!

Really enjoy these podcasts with knowledgeable people. On Spurs, from a manager's perspective, there are two main issues: you are not working for Spurs, you are working for Levy. Spurs is a stepping-stone club for managers, not a destination. Managers go to bigger clubs afterwards and win trophies there. Spurs are not serial winners and are under illusions they can and will be. Managers at the top level know this.

This and the previous episode has been the best broadcast (pod, TV, radio) on the Super League scandal and aftermath. At its most fundamental level, like any sport, to play football you just need players. To make serious money out of football, you need fans. The current crop of billionaire owners treat European football as a business first, because they are are profit, not football, motivated.

Souness you hero.what a man. cheers