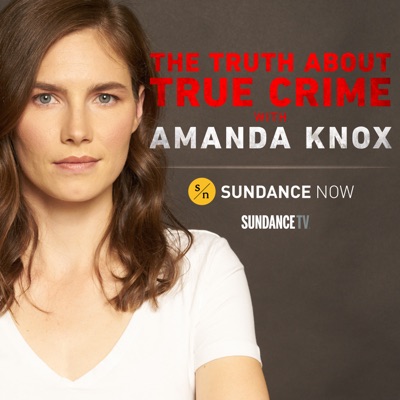 The Truth About True Crime with Amanda Knox

In 1986, the body of affluent, beautiful, 18-year-old Jennifer Levin was found dead in Central Park. Her killer: Robert Chambers, a tall, handsome prep from the Upper East Side. He claimed she attempted to rape him and her death was an accident. Join host Amanda Knox as she deconstructs the stories behind the victim-blaming, privilege and media sensationalism that surrounded this murder and trial, as seen in the SundanceTV docu-series The Preppy Murder: Death in Central Park. The views, information or opinions expressed during this podcast are solely those of the individuals involved and do not necessarily represent those of AMC Networks and its employees. 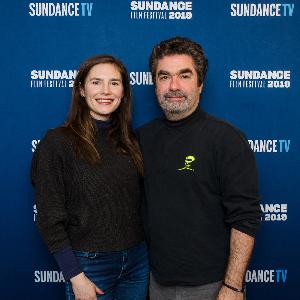 Amanda Knox sits down with filmmaker Joe Berlinger at the 2019 Sundance Film Festival to discuss his new film starring Zac Efron as infamous serial killer Ted Bundy — Extremely Wicked, Shockingly Evil and Vile. Amanda and Joe dig into the nuances of resurrecting the sensationalized media story that surrounded more than thirty homicides of young women in seven states, what it was like to adapt the story of an undeniably guilty killer after working on numerous documentaries that deal with the wrongfully convicted, and how the director helped his actors get into the headspace of this gruesome tale.

Amanda Knox takes the stage for an in-depth and personal conversation with Lorena (Bobbitt) Gallo, a woman who survived and transcended an abusive husband, tabloid exploitation and the casual cruelty of an entire nation. Recorded LIVE at the Death Becomes Us true-crime festival, Lisner Auditorium in Washington, D.C. on November 10, 2019. This episode is nominated for a 2020 Webby Awards for Best Live Podcast Recording. Vote now for it to win the People's Voice Award at vote.webbyawards.com. 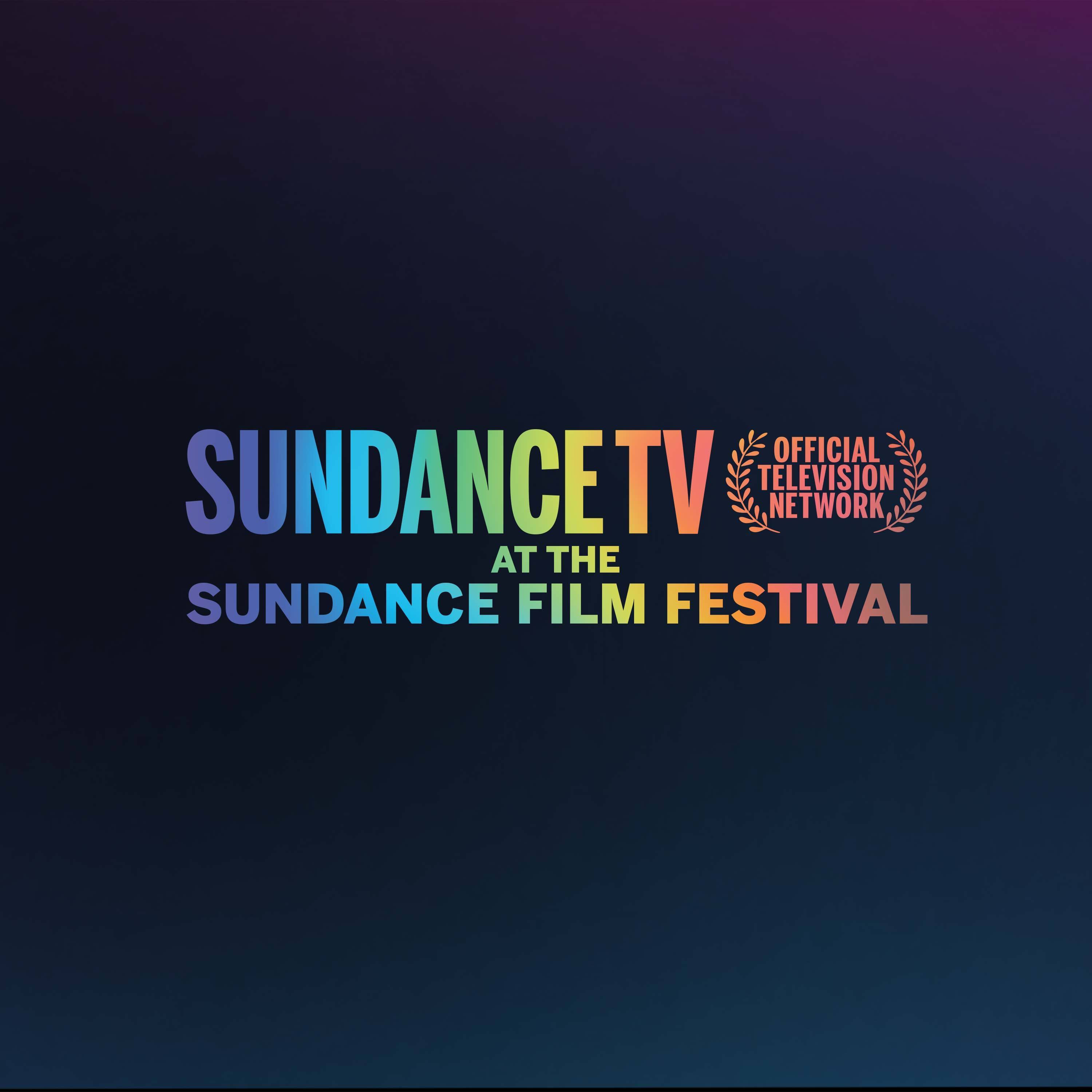 Looking for more podcasts from SundanceTV? As the official television network of the 2020 Sundance Film Festival, SundanceTV has exclusive access to the buzziest celebrities and emerging artists trekking out to Park City, Utah. With a prime location on Main Street during the festival, SundanceTV hosts star-studded panels in front of a live audience, giving festival-goers and fans the opportunity to dig into lively conversations from the likes of Kerry Washington (Scandal), Amy Ryan (The Office), Winston Duke (Us) and more.This excerpt from the “Close Up with The Hollywood Reporter: Indie Filmmakers“ panel features a candid discussion with Lana Wilson (Miss Americana), Channing Godfrey Peoples (Miss Juneteenth) and Janicza Bravo (Zola). For the full conversation and more panels, go to SundanceTV at the Sundance Film Festival, available on Apple Podcasts, Spotify or wherever you listen. 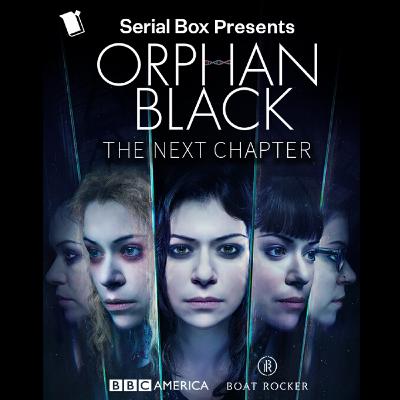 Fans of The Truth About True Crime now have the opportunity to sample the official ebook and audiobook continuation of Orphan Black, narrated by Emmy Award winner Tatiana Maslany. In Part 1, it's been 8 years since Project LEDA was destroyed for good, but all is not well. Visit serialbox.com/redeem and use code truth10 to get 10% off the series.

Explore the truth about the victims of the Jonestown Massacre, its cult leader Jim Jones, and the twists and turns that led so many to their deaths. Go beyond the sensational headlines and snap judgments of bystanders and tabloids, as host Amanda Knox brings her unique perspective on the justice system to look at some of the most shocking crimes of our lifetimes through a whole new lens. For even more, watch the docu-series "Jonestown: Terror in the Jungle," a true crime special event from SundanceTV and Sundance Now.

What were Jim Jones' motives in creating the Peoples Temple? What methods did he use to attract new members and control them? Amanda Knox uncovers the many ways Jones manipulated his followers on his path to power with guests Jeff Guinn, Jim Jones, Jr., Jordan Vilchez and Ron Haldeman. Archival clips are courtesy of the Jonestown Institute.

In 1978, the Jonestown Massacre left more than 900 dead in what is remembered as the largest mass suicide in American history. Discover how cult leader Jim Jones, once a valuable contributor to the civil rights movement, went from messiah to monster. In the first episode, Amanda Knox explores Jones' childhood and how the events at Jonestown have altered the opinions of the people who knew him when he was young. Guests include Jeff Guinn, Ron Haldeman and Phyllis Zimmerman. Archival clips are courtesy of the Jonestown Institute.

Before moving the Peoples Temple to Guyana, Jim Jones was on a downward spiral fueled by an addiction to drugs and power. Amanda Knox digs into Jones' desperate need to control the narrative of himself and the Peoples Temple while struggling with his own self-destructive behavior. Guests include Jeff Guinn and Shan Nicholson.

Pitched as a paradise where the Peoples Temple members could finally put their good work and ideas to action, Jonestown devolved into a struggling, brainwashed community located in Guyana's unforgiving jungle. Amanda Knox takes a look at what life was like for the Peoples Temple in Jonestown, Guyana, and the events that led up to the massacre. Guests include Jeff Guinn, Jim Jones, Jr. and Shan Nicholson.

When Congressman Leo Ryan made a trip to Jonestown to investigate the alleged human rights violations happening there, things took a horrific turn. Amanda Knox examines the events that took place on November 18, 1978, ultimately leading to the deaths of over 900 people, now known as "The Jonestown Massacre." How did the survivors deal with the immediate aftermath? What media sensationalism surrounded them? Guests Jeff Guinn, Jordan Vilchez and Grace Stoen weigh in.

40 years after the massacre in Guyana, Amanda Knox speaks to survivors about the aftermath of Jonestown and how they continue to deal with it in their daily lives. This episode also features audio from the 40-year anniversary memorial of the Jonestown Massacre held on November 18, 2018 at Evergreen Cemetery in Oakland, California. Guest include Stephan Jones, Jim Jones, Jr., Jeff Guinn, Jordan Vilchez, Grace Stoen and Laura Johnston Kohl.

In the '70s and '80s, Tony and Susan Alamo promised personal salvation to those who joined their ministry, The Alamo Christian Foundation. Wielding the fear of damnation, they grew rapidly but soon began to face allegations of using cult-like tactics and abuse to control and exploit their followers. This season on The Truth About True Crime, former members share their stories as host Amanda Knox uncovers the methods the Alamos used to capture people, the mental and physical maltreatment Tony and Susan inflicted on their followers and the challenges the filmmakers faced in telling this story in SundanceTV's docu-series Ministry of Evil: The Twisted Cult of Tony Alamo.

In the beginning, Tony and Susan Alamo were street-corner hucksters, handing out apocalyptic leaflets to hippies in Hollywood, using the horrors of war and civil unrest in the 1970s as a way to tap into the psyche of the times. Amanda Knox takes a look at the Alamos' fire-and-brimstone evangelism that sucked members into their cult and trapped them there through manipulation and exploitation. Guests include former member Carey Miller, expert and author Debby Schriver, and Ministry of Evil docu-series producers Fenton Bailey, Leslie Mattingly and Eleanor West.

At age 8 and 14, Summer Hagan and Amy Eddy were taken as child brides by Tony Alamo. They were held prisoner in his house and sexually abused for years. In this exclusive interview, they share their experiences as host Amanda Knox shines a light on Tony's abusive polygamist lifestyle and the courage Summer and Amy faced in helping to dismantle the cult. Some audio in this episode may be disturbing. Listener discretion is advised.

In the final episode of the season, creators of the SundanceTV docu-series Ministry of Evil: The Twisted Cult of Tony Alamo discuss how the project all started with a leaflet, what it was like to surface archival footage from inside the cult, and how Tony Alamo's death in prison altered their story. Guests include author and expert Debby Schriver, and producers Fenton Bailey, Leslie Mattingly and Eleanor West.

When a respected, small-town Virginian couple was found gruesomely butchered one April morning in 1985, the community was left stunned as investigators scrambled to solve the mystery of their murder. What unfolded next is a story of love, lies, and betrayal as Jens Soering was convicted for the crime. But, over thirty years later, does his conviction still stand? This season, on The Truth About True Crime, host Amanda Knox explores the perplexing and sensationalized case from the docu-series Killing for Love, streaming on Sundance Now. Listen as she untangles a tale of obsessed young lovers, heinous murders, and a shocking miscarriage of justice that eerily parallels her own story.

In 1985, socialites Derek and Nancy Haysom were brutally murdered in their home in Lynchburg, Virginia. The suspects were two young lovers; the first, the victims’ own daughter, a beautiful and aloof young woman; the second, her boyfriend, the dorky son of a German diplomat. She accused him of carrying out the murders for her sake. He, in turn, accused her. They’ve both been in prison for the last 33 years. In this episode, Amanda Knox dives deep into the tangled web of dark secrets surrounding the Haysom murders, and finds chilling echoes of her own case.
See More
Comments (14)

From first listen, it feels like this is advert for the Sundance now documentary. it doesn't hang together as an independent podcast story. Seems like you would have had to watch the documentary for this to be interesting.

Just discovered the podcast, so lucky to stumble upon so much great content. I love u, Amanda Knox, you're such a courageous figure, grace under pressure personified, and I'm so grateful that you are able to embrace your own terrible experience to bring the listener a NEW perspective to these cases. keep it coming!!

Not sure what Batman has to do with this ? We are not super hero’s here? This is not a good example of justice. This is virtual reality which is not reality? How can you compare this to any situation? Not sure if this is a good platform 😳

Just for future reference... Billie Holiday didn't write "Strange Fruit". She did bring it to life in a way no one else could, though.

This podcast is great. Love the content and Amanda Knox is the perfect host. Her candor and her voice are fantastic.

love the podcast.... but I can do without the political opinions. disappointed 😞