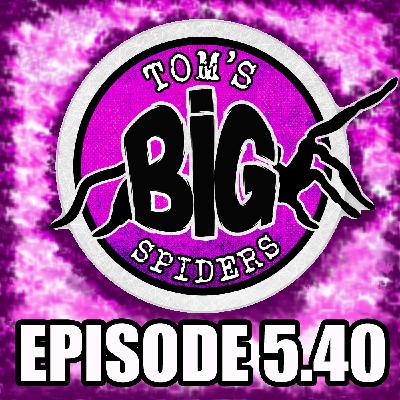 Bad Tarantula Dealers - How Do They Get Away With It for So Long?

Well, it was "recently" made public that another once popular tarantula dealer has disappeared after taking a WHOLE lot of money from unsuspecting customers.  While some folks seemed to be surprised by the fact that this individual was shady, they shouldn't have been. There was evidence 18 months ago that this dealer was trying to skirt the law by selling so-called "hybrid" Sri Lankan Poecilotheria species, and after I did a podcast about it, even more info came out. In this episode, talk about how these bad vendors manage to operate so long even after word starts to leak out that they may not be as reputable as they seem. We also discuss some tips to protect yourself when shopping online for tarantulas. Have you been impacted? Find more info about the Facebook group HERE. 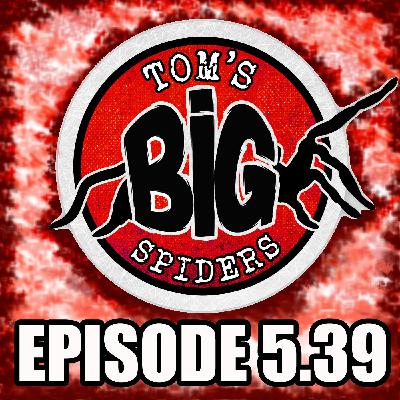 Well, it's 34 degrees out and the heat has kicked on, so it's that time of year again! With temperatures dropping, tarantula keepers have a few new things to worry about when it comes to their animals. In this episode, we discuss 10 issues keepers might encounter during wintertime. 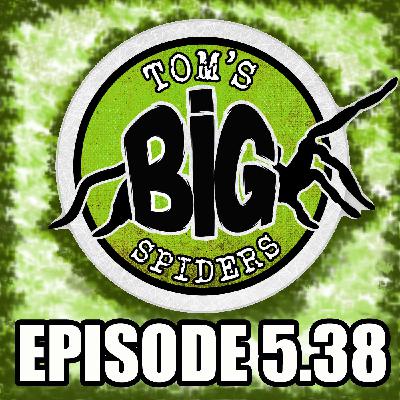 In this episode, we discuss care for the genus Aphonopelma. 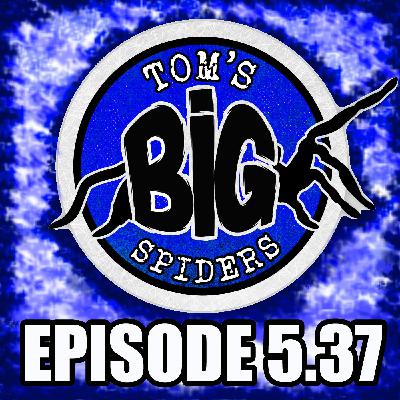 In this episode, I share all of the info and tips I can think of when it comes to buying and raising tarantula slings. 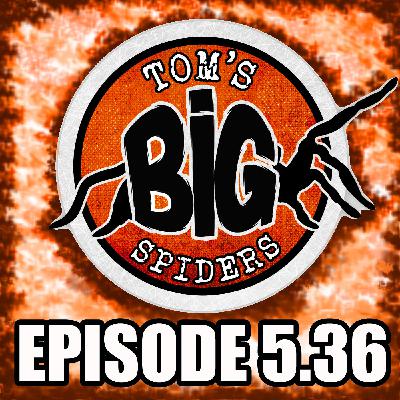 So, last week's episode certainly made some waves! To kick this one off, I'll share some comments I received about tarantula sales laws in other countries. Then, we'll tackle some questions and comments on last week's episode, including one by a very angry breeder.  Sadly, it wasn't the only one that I received. In this episode, I use this negative feedback to clarify and to better articulate the message that I'm trying to get out there.Note: To clarify a point, when Brazil declared to USFWS that they had not allowed the legal exportation of any species of tarantulas from their country, by letter of law from the Lacey Act, this made any species endemic only to Brazil illegal to own in the US.  However, the USFWS has yet to enforce that part of the law and is being VERY reasonable in recognizing that many of these species have been bought and traded for years. However, if we continue to ignore the laws they ARE currently enforcing, that could all change. 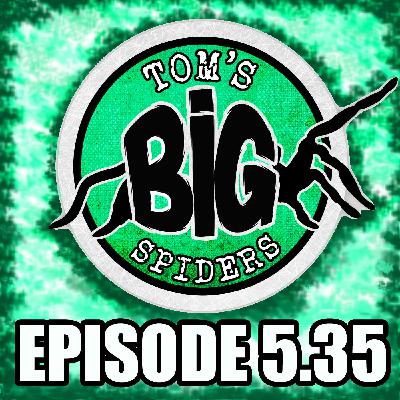 After the last podcast, I had several folks email me about the legalities of ordering Sri Lankan Poecilotheria species across state lines. In this episode, we will examine some of the other legal issues folks in the US need to be aware of so that they are not tricked into breaking the law by unscrupulous dealers. Then, we disuss feeding schedules and why it is never one-size-fits-all. 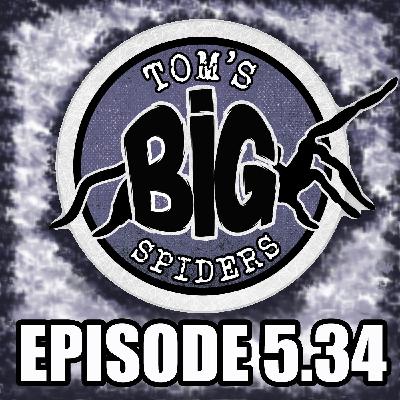 An Interview with Emile and Erin from The Tarantula Sustainment Project

In this episode, Erin Cashel and Emile Weber join me to talk about the Tarantula Sustainment Project, a new initiative to grow breeding in the US and to ensure all species remain available from state to state. Want to take part? Just click this link! 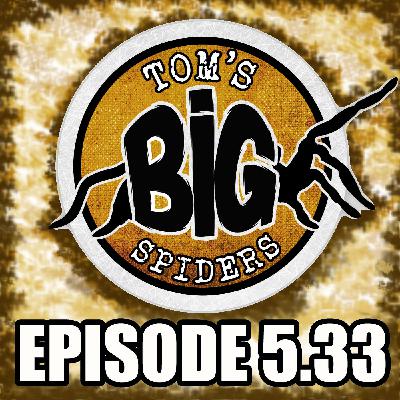 First, we talk about the new "Tarantula Capital of the World", La Junta, Colorado where citizens are embracing their local tarantula population in an amazing way.Then, it's International Poecilotheria Appreciation Day! Okay, I might have made that up... However, I've made it very well known how much I adore this genus, and it bothers me that so many folks have been completely turned off to ever keeping one due to their bad reputation. In this episode, I share some tips to make the first time pokie keeper's experience a bit less intimidating.Click here to read the article about La Junta! 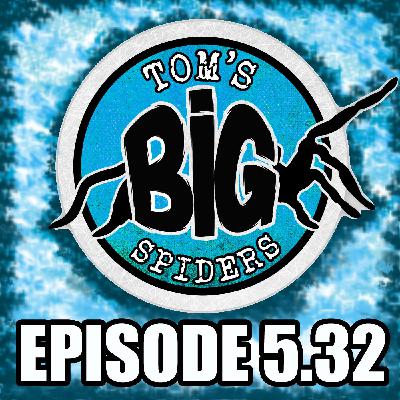 When Panic Leads to "Over Caring" for Your Tarantulas

Tarantulas are some of the easiest and most low-maintainance pets a person can keep.  However, for those used to spending more time caring for more domestic animals, this aspect of the hobby can be the cause of some anxiety. In this episode, we discuss some situations that lead stressed out keepers to "over care" for their spiders. 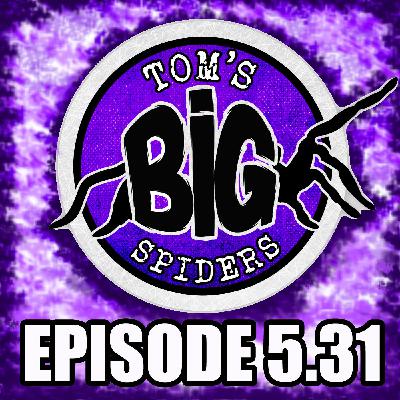 To kick this episode off, we will discuss some listener comments from last week's episode that reveal another potentially overlooked threat to our pets.Then, we talk about the pros and cons involved with keeping pet tarantulas as we try to explain why we are so captivated by this hobby. Want to comment on this episode? Click here to go to the new podcast website! 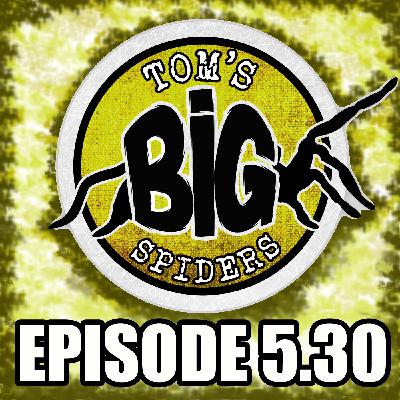 First, we're going to start off this episode by talking about some comments on the All Male Review episode.Then, we all make mistakes. However, when an error leads to the death of one of our spiders, how do we get over it? Want to comment on this episode? Click here to go to the new podcast website! 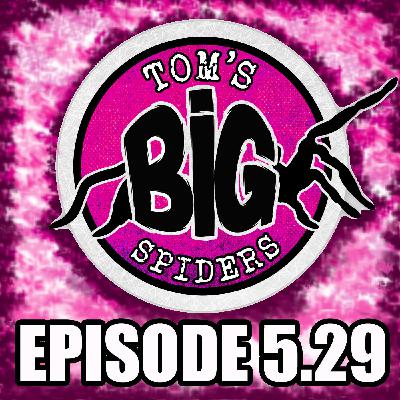 Male Tarantulas - Should He Stay or Should He Go? 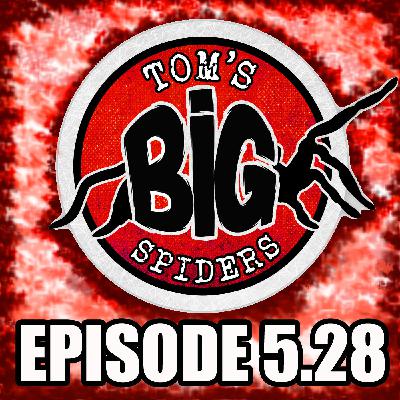 First off, we go back to last week's podcast about the slowest growing species and find out which species listeners named as thier slowest.Then, we talk about enclosure sizes for various stages of tarantulas.Want to comment and upvote this podcast? Then join me at Onpodium. 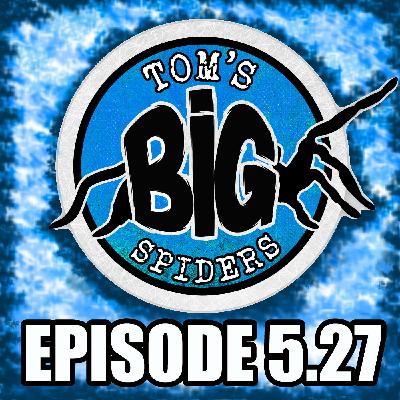 In this episode, I talk about the species that I've raised that seemed to take forever to grow up. 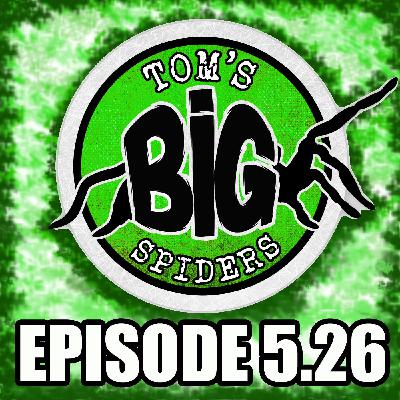 Is This Normal? 11 Common Tarantula Behaviors That Cause Keepers Anxiety

We've all been there; we've done the reasearch, set up our tarantula the supposed "correct way", and now it's doing something that we've never seen before. Is it injured? Is it stressed? Is it dead? Are you doing something wrong? In this episode, we take a look at some common tarantula behaviors that tend to stress out keepers and discuss if there are times where we should be concerned with these behaviors. 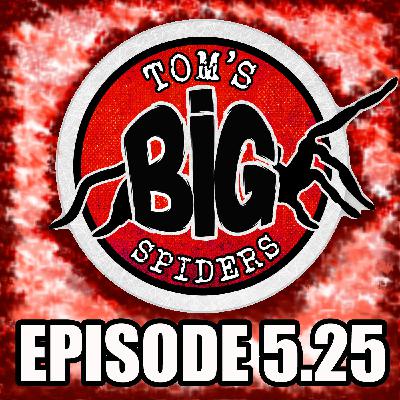 Tarantula Ailments - A Discussion of Some Causes, Preventive Measures, and Remedies

Dehydration, mites, DKS, nematodes, impaction, bad molts: these are the words and phrases that keep tarantula hobbyists up at night. In this episode, we'll discuss these maladies, how common they really are, and what to do if you should encounter them. 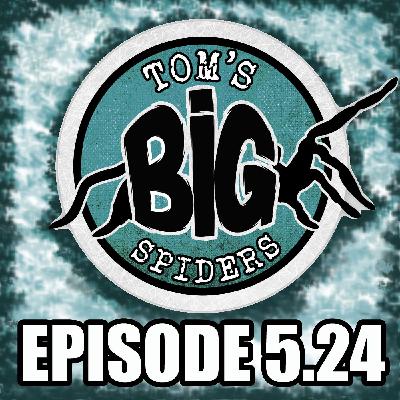 To kick this one off, we'll talk a bit about my thoughts on when sellers send advanced species to unprepared  beginners. Then, I have to vent a bit about my recent discovery of "free range" tarantula keeping. Finally, I review the Barbarous Growth critter tank. 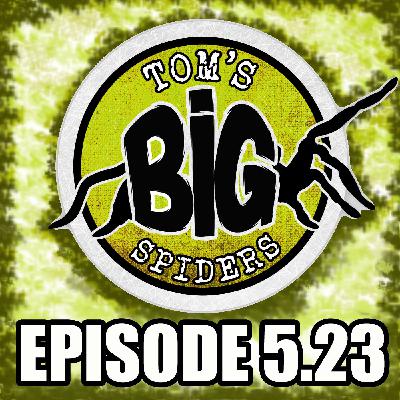 Well, the title pretty much spells it out! In this episode, we'll be discussing why it's likely better to use multiple hides, why we sometimes skimp on cross ventilation, and Critter Keepers as tarantula enclosures. 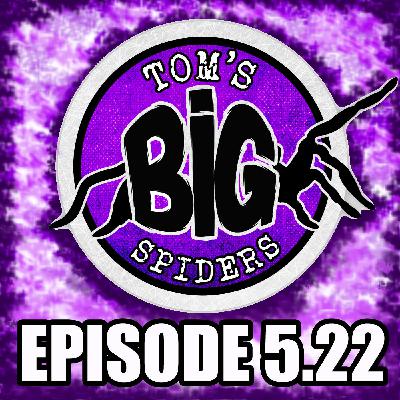 When Is It Okay to Start Giving Advice?

First off, I talk about a couple recent deaths in my collection. Then, it's onto the Tarantula Hobby Sustainment Project. Finally, when is it okay for newer keepers to start doling out advice to others? 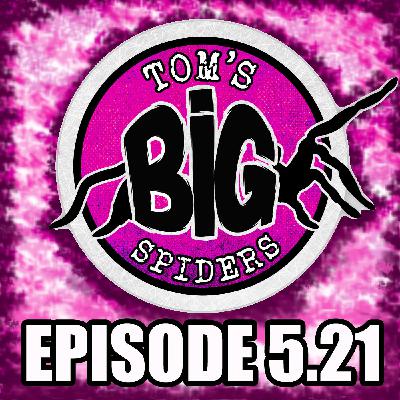 I've been asked many times over the years if there are certain species of tarantulas that are more difficult to raise up to adulthood than others. Although there were certainly a few species that I get contacted about quite a bit, I wanted to hear from other keepers as well. So, I reached out and asked which spiders folks struggled with. In this episode, we discuss which species keepers had difficulty raising up and try to figure out why.
See More
Comments (11)

Oh, this is a great topic

Hi Tom, I got into the hobby jus thg a few months the ago at the age of 53. Once I decided to get my first T, I began with exhaustive research. Your rop beginners list motivated me to start with my Tlictocatl Albopilosus and it was a decision that I do not regret one bit. recently I have added two slings to my collection recently. a Chromatopelma cuaneopubescence and a Lasiodora parahybana. All of these amazing creatures were on your top beginners list and I am grateful for your guidance in my decisions. Will I get an old world? Sure, when the time is right, but I have nothing to prove to anyone and so I sip this hobby rather than gulp it. Thank you for all that you do.

really interesting. I have a camera on my T albopilosum enclosure and I noticed a long time ago she would randomly jump sideways and then stress curl several times a day. one day I turned sound on the camera and she was reacting and getting upset by the vibrations of my big dogs when they'd suddenly bark (usually at mailman). I moved her into a quieter part of my house never saw it again . just figured I would share a case where something loud WAS stressing the T . poor girl ! lol

love the podcast. I had isopods in my roach colony and I had an explosion of them and they ended up actually killing off my colony

Love this podcast. Great information for keepers of all skill levels.