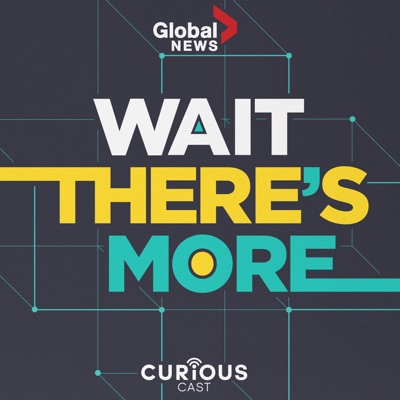 A daily Global News podcast released every afternoon just in time for your commute home. The world moves way too fast and it’s easy to fall behind the news cycle. Host Tamara Khandaker takes you beyond the headlines to reveal the full story, explore new angles, ask tough questions, and talk directly to the people most affected by the big stories.
263 Episodes
Reverse

Why people are getting killed by cops during mental health crises

Advocates have been saying for years that police aren’t equipped to deal with mental health crisis calls. They point to a number of wellness checks that have ended up with the person in crisis getting killed. And as we talk about defunding the police, these deaths have prompted growing calls for mental health workers to be more involved in responding to these incidents. Today, we’re joined by mental health lawyer Anita Szigeti to talk about what the solutions could be.

The power of police unions

In recent weeks, some police unions in the U.S. have been pushing back hard against criticism from the public. And as governments across North America are responding to calls to defund the police, there’s been heightened focus on how powerful these unions really are, how they’ve been an obstacle to reform in the past, and how they might stand in the way this time around. Today, we’re joined by Global News reporter Brian Hill to talk about his new story on the role of police unions.

If you’re lucky enough to still have a job, chances are it has changed pretty drastically if you’re working from home because of the pandemic. And if you’re having to back to your workplace, you might be wondering what you can do if you feel it’s unsafe. Today, we’ve got employment lawyer Lindsay Scott on the show to answer your top work-related legal questions.

Racist statues are coming down

There have been renewed efforts to take down statues of historical figures whose legacy includes upholding white supremacy through systems like slavery and colonization. In Canada, there have also been growing calls to rename streets like Dundas Street due to Henry Dundas’ push to delay abolishing slavery. Today, we’re talking about the debate around toppling racist statues and renaming public spaces, and how these efforts may actually help us better learn about our history.

K-pop fan armies are mobilizing against Trump and white supremacy

In recent weeks, K-pop fans have come out in droves online to mobilize against anti-Black racism and police brutality, causing a Dallas Police Department app to crash, and overwhelming the #WhiteLivesMatter hashtag with content of their favourite Korean pop idols to drown out white supremacists. This weekend, they even managed to sabotage a Trump rally in Tulsa, Oklahoma. Today, we’re joined by Billboard’s K-pop correspondent Tamar Herman and fandom writer Stitch to talk about what’s behind these efforts and why they’re so successful.

The race for a new Conservative Party leader

A lot us have been distracted by things like the pandemic and anti-Black racism, but the Conservative Party leadership campaign has been in full swing. And now we’re reaching the end. Today, we’re joined by Global News’ Chief Political Correspondent David Akin to give you a primer on the remaining four candidates and where they stand on issues like systemic racism and climate change.

The RCMP is getting called out for systemic racism again

In the wake of a number of deaths of Indigenous people during encounters with police in Canada, the RCMP and other police services are being called out, again, for systemic racism. Today, we’re joined by Erick Laming, a  PhD in criminology at the University of Toronto… and Tanya Talaga, an Anishnaabe journalist and author to discuss how Indigenous people are policed and whether defunding is the answer.

COVID-19 lockdowns are fuelling a spike in overdose deaths

Last month, British Columbia had the highest number of overdose deaths it has ever seen in a single month. The overdose death rate for the month of May is higher than the overall number of COVID-19 deaths in the province. Today, we’re joined by Donald MacPherson, executive director of the Canadian Drug Policy Coalition, to talk about how the pandemic is putting people who use drugs at greater risk, and what he thinks needs to change.

On Monday, renowned Filipino journalist Maria Ressa was convicted of cyber libel and faces six years in prison. Ressa and press freedom advocates say her case represents an effort to silence her and other journalists who’ve been critical of Rodrigo Duterte, the president of the Philippines. It also points to the ways Facebook has been used to undermine democratic institutions. Today, we’re joined by Fatima Syed, a reporter at The Logic, to talk about the significance of the case and how it has ripple effects beyond the Philippines.

Is the pandemic flattening the climate change curve?

There are a ton of viral videos showing wild animals roaming around big cities, with captions that say “nature is healing.” We’re driving less, flying less, and getting on our bikes and walking more. So, it may feel like the silver lining to this pandemic is that we’re saving the planet… But are we? Today, we’re joined by Global News’ Jeff Semple to talk about whether the lockdown measures mean we’re making progress in the fight against climate change.

While the vast majority of the anti-police brutality protests in recent weeks in the U.S. have been peaceful, a lot of attention has been focused on a small number of people who have resorted to looting and property damage. Though some have pointed to the violence as a reason to dismiss the protests altogether, others argue that the violence is understandable and is the product of genuine rage at the system. Today, we’re joined by Omar Wasow, a professor in politics at Princeton University to talk about his research into the efficacy of non-violent and violent protests.

Why journalists of colour are over it

In the last couple of weeks, journalists of colour are speaking out more than ever about their experiences with racism in the workplace. And they’re also publicly pushing back against content published by their own employers that they see as problematic. The New York Times described what’s happening as a revolt erupting in America’s biggest newsrooms, and it’s happening in Canada too. Today, we’re joined by Global News producer Alley Wilson and VICE Canada senior writer Manisha Krishnan.

A 15-year-old girl named Jyoti Kumari became an overnight celebrity in India last month after she cycled more than 700 miles carrying her injured father on the back of her bike back home. Their harrowing journey from the city back to their rural village is shared by millions of others as the Indian government’s COVID-19 lockdowns have left mass numbers of migrant workers unemployed, and with no choice but to go home. Today, we’re joined by Maria Abi-Habib, a South Asia correspondent at the New York Times, to talk about how this happened and why experts are predicting that this mass influx of migrants back to their villages could create a new wave of extreme poverty.

This weekend was the second time in recent months that Harry Potter author J.K. Rowling tweeted comments that have been criticized for being transphobic. Though her stance might seem surprising coming from a beloved children’s author who writes about inclusivity, it starts to make more sense when you look at the state of mainstream feminism in the U.K., where Rowling is from. Today, we’re joined by Vox politics reporter Katelyn Burns to talk about the accusations of transphobia that have been swirling around Rowling for awhile, and what it means when people accuse her of being a TERF.

The erasure of Canada's history of anti-Black racism

Any time there’s a big story about racism in the U.S., there’s a tendency for us in Canada to talk about our problems as distinct from the American ones; as if we’re much more evolved and things aren’t as bad here when it comes to racism. Today, we’re talking about Canada’s deep roots of anti-Black racism, and why that history is often overlooked.

#BlackOutTuesday: The do’s and don'ts of anti-racism

A lot of people have been speaking out against anti-Black racism over the last couple weeks—many for the first time. While there have been a lot of well-intentioned posts on social media and other efforts, some have been criticized for being hypocritical or unproductive. Today, we’re talking with Anthony James Williams, a writer and sociologist, about meaningful anti-racism work, and how to be an ally.

The case for defunding the police

Activists fighting against anti-black racism in Canada and the U.S. have been pushing governments to defund the police for years. And until now, that idea has mostly been dismissed as a leftist fantasy. But in the wake of the anti-police brutality protests, that seems to be changing. Today, we’re joined by Sandy Hudson, co-founder of Black Lives Matter Toronto, and Alex Vitale, a professor and author of ‘The End of Policing,’ to talk about this idea and whether it’s a possibility.

Last week, Twitter took the significant step of adding fact-checking labels to two of Trump’s tweets related to mail-in ballots. Then, it added a warning label to another for breaking its rules around “glorifying violence.” Today, we’re talking with writer Noam Cohen about why Twitter is cracking down on Trump and what it means for Facebook at this critical moment in history.

Last weekend, thousands of people took to the streets in Toronto to protest police brutality in solidarity with the protests happening across the US, in response to the killing of George Floyd. But the protesters in Toronto were also chanting a name you won’t hear at the American protests: Regis Korchinski-Paquet.  Today, we’re talking about the death of the 29-year-old and racism in Canadian policing with Global News reporter Kamil Karamali and activist and author Robyn Maynard.

At anti-police brutality protests, a brutal response by police

A lot of us were glued to our screens all weekend, watching as thousands of people took to the streets across the U.S. to protest anti-black racism and police brutality in the wake of the killing of George Floyd by a police officer in Minneapolis. And while most of the protests were peaceful, in some cities they devolved into chaos. Today, we’re joined by Eugene Scott, an identity politics reporter for The Washington Post to talk about the protests, the response from police, and what it could all mean for the 2020 election.
See More
Comments (11)

how's this episode hold up? some spike were got.

let's round up those Chinese Canadian and put them into concentration camp!it has been done once why not doing twice. this "news" is about that midevil communist government was calling all of its sleeper cells to gather some masks (much much worse than espionage btw.) in the mid of January when China was only country had high demand of masks, which was recognized not effective to covid by most health official of the world including Canada's until mid of April. what a master minded plan! always expected this kind of "news" in tweeter or FB. never thought it would appear in news media. what you know?!

Why do conservatives have more money!?? I just heard him say that

what station and officer was this?