DiscoverWe Are Libertarians with Chris Spangle 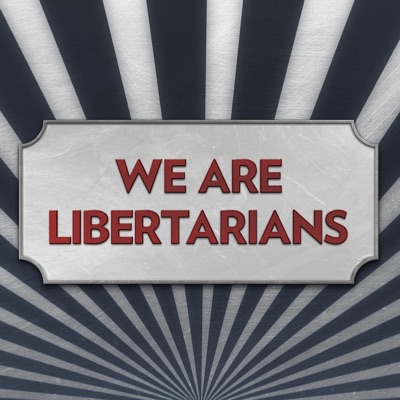 We Are Libertarians with Chris Spangle

Author: We Are Libertarians

We Are Libertarians helps you sound smarter while talking to your friends. Our goal is to help you understand national and local government as well as politics and policies from an independent point of view. We examine current events from a libertarian perspective while treating modern politics with all of the irreverence it deserves. We toss out the screaming heads, put people before political parties, and give context to the news to make you think. Our host is Chris Spangle, a fifteen year veteran of politics and media. He leads a discussion amongst friends and high-profile guests that span the libertarian spectrum of thought. Founded in 2012, the main podcast posts on Wednesdays with a shorter daily episode the other days.
Read The Ten Principles of We Are Libertarians: https://wearelibertarians.com/about-us/
672 Episodes
Reverse 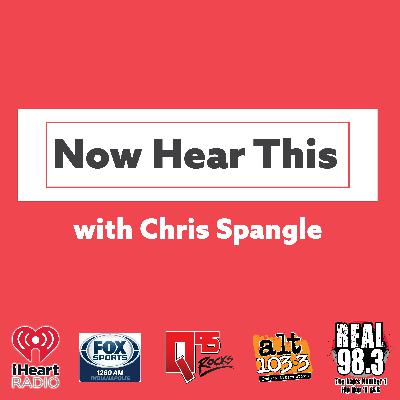 I am now hosting a local radio show on Indianapolis radio. It is called Now Hear This and it airs weekend mornings on Q95 and WNDE. Subscribe now! http://www.nowhearthisindy.com/. This is the first episode and features libertarian Rupert Boneham who runs Rupert's Kids. He was also the 2012 Gubernatorial candidate for the Libertarian Party of Indiana and a contestant on Survivor. Rupert Boneham of Rupert's Kids (and Survivor) discusses his program's efforts to help empower young men and women that are exiting the criminal justice system and his new facility called the Where House. Learn more at https://www.rupertskids.org/. Now Hear This is a conversation with leaders in Indianapolis that are working to improve the lives of Hoosiers. Our goal is to empower you to join in their work and make a difference while informing you about the unseen aspects of life in Indiana. Now Hear This airs weekends on Q95, WNDE, ALT 103, and iHeart Radio stations in Indianapolis as an effort to share the work of local nonprofits with listeners. Special Guest: Rupert Boneham.

383: Answering Questions about the Iranian Crisis and the Death of Soleimani

Chris Spangle, Harry Price, and Rhinehold explain the full picture of the death of Iranian General Qassam Soleimani. We answer several questions, including: 00:18:49 - Who was Qassam Soleimani? 00:38:54 - How did he die? 00:49:24 - Is America safer because he is dead? 00:1:22:20 - Will there be another world war? 01:34:28 - Listener questions Resources and Links: https://wearelibertarians.com/wp-content/uploads/2020/01/Soleimani.pdf Video: https://youtu.be/AvslfS_kYdY Contribute to the new logo: https://www.paypal.me/wearelibertarians

382: Who is Mike Pence, Vice President of the United States?

The Swamp Explained series, Chris Spangle and Rob Quartel go in-depth on how Washington works. In this episode, we explore President Trump undercutting his own scientists, impeachment and the attack on Iran's top general. Video: https://youtu.be/aIKw56-hZpE Get the Swamp Explained Podcast Feed: https://swamp.fireside.fm/ Follow Rob on twitter: @RobQuartel. Check out Rob's resume here: https://www.linkedin.com/in/rob-quartel-5291553/ Have questions for Rob? Email us - editor@wearelibertarians.com

Chris Spangle, Rhinehold, and Tricia Stuart discuss the recent Office of the Inspector General report on FISA court abuses carried out by the FBI against Carter Page, an adviser to the Trump campaign in 2016. Show Notes: https://wearelibertarians.com/wp-content/uploads/2019/12/OIG-Report.pdf Time Stamps: 00:34:36 - OIG Report Details 01:19:28 - Media Bias Around the Report Video: https://youtu.be/73F9UDGXV64

379: Debating the Articles Of Impeachment

378: Paying for Medicare for All, Part 2 on Elizabeth Warren's Plan

Chris Spangle, Harry Price, and Rhinehold finish breaking down Elizabeth Warren's detailed Medicare for All plan. This episode focuses on how she'd pay for it. The first episode focuses on how it would operate, and can be found here: https://wearelibertarians.com/wal-376-elizabeth-warrens-medicare-for-all-plan-part-1/ Show Notes: https://wearelibertarians.com/wp-content/uploads/2019/11/Warren-Health-Care-Plan.pdf Time Stamps: 00:00:00 - Show Update 00:28:16 - Overview of Medicare for All Politics 00:36:13 - Taxes Raised for Medicare for All Video: https://youtu.be/tL_enpK66AE

377: The Swamp Explained - Is Impeachment Really Worth It?

The Swamp, Explained" series, Chris Spangle and Rob Quartel go in-depth on how Washington works. In this episode, we open with a discussion on the importance of networking within the Swamp. Then we discuss the role of the "steady state" in Trump's impeachment. Rob shares his opinion on if removal is possible or necessary. Video - https://youtu.be/5aGHuregVgs Get the Swamp Explained Podcast Feed: https://swamp.fireside.fm/ Follow Rob on twitter: @RobQuartel. Check out Rob's resume here: https://www.linkedin.com/in/rob-quartel-5291553/ Have questions for Rob? Email us - editor@wearelibertarians.com

375: Trump's Call with Ukraine and Impeachment

374: Al Jackson on Comedy, Growing Up, and Being Professional

Al Jackson is a comedian and co-host on television's Daily Blast Live. He talks with Chis Spangle about beginning his comedy career, and what it took to become a professional in a difficult industry. Over the last few years, his approach to life has become more serious. He explains what led to his wanting more responsibility and less distraction. Get his podcast at https://www.alandfranktrytobeserious.com/. Visit his website here http://www.aljacksonlive.com/.

373: America Betrays the Kurds in Syria, Costs of Interventionism

Chris Spangle, Harry Price, and Rhinehold discuss Trump's recent decision to shift troops in Syria to allow Turkey to invade Kurdish territory in Syria. Who are the Kurds? Was this a betrayal of a faithful ally? Is Trump acting without correctly? Are we pulling out of Syria? We answer all of these questions. Show Notes https://wearelibertarians.com/wp-content/uploads/2019/10/Kurds.pdf Time Stamps 00:14:07 - Overview of the Turk-Kurd Situation 00:41:57 - Who are the Kurds? 00:57:06 - Kurds and ISIS 01:05:06 - Trump Pulls Out 01:44:47 - Where are we now? Companion Episodes 357: War with Iran - https://wal.fireside.fm/586 203: Serious about Syrians - https://wal.fireside.fm/268 CSS 13: More Misery in Syria - https://wal.fireside.fm/661 281: Syria, FBI Raid, Knife Control - https://wal.fireside.fm/389 329: Why World War I Still Matters - https://wal.fireside.fm/474 372: A Theory of the Kennedy Assassination - https://wal.fireside.fm/619 Articles US troops believe Turkey deliberately fired artillery at an American commando outpost in Syria - https://www.militarytimes.com/2019/10/13/us-troops-believe-turkey-deliberately-fired-artillery-at-an-american-commando-outpost-in-syria/ US troops believe Turkey deliberately fired artillery at an American commando outpost in Syria - https://www.nationalreview.com/2019/10/kurdish-syrian-turkish-ironies/ Turkey and the Kurds: It’s More Complicated Than You Think - https://www.nationalreview.com/2019/10/turkey-and-the-kurds-its-more-complicated-than-you-think/ Another Interventionist “Success” Story - https://www.fff.org/2019/10/15/another-interventionist-success-story/ Trump Changes His Mind About Turkey and Hopes Steel Tariffs Will Stop the Slaughter - https://reason.com/2019/10/15/trump-changes-his-mind-about-turkey-and-hopes-steel-tariffs-will-stop-the-slaughter/ This Time the Yanks Are Deadly Serious - https://www.theamericanconservative.com/buchanan/this-time-the-yanks-are-deadly-serious/ Is Trump At Last Ending Our ‘Endless Wars’? - https://buchanan.org/blog/is-trump-at-last-ending-our-endless-wars-137583 Is the Interventionists’ Era Over for Good? - https://buchanan.org/blog/is-the-interventionists-era-over-for-good-137617 Is the U.S. Betraying Its Kurdish Allies? - https://www.nytimes.com/2019/10/08/podcasts/the-daily/trump-turkey-kurds-syria.html? The Story of a Kurdish General - https://www.nytimes.com/2019/10/14/podcasts/the-daily/kurds-syria-turkey-ISIS.html Tom Woods Ep. 1510 Syria, Trump, and the Kurds: Scott Horton Tells the Story - https://tomwoods.com/ep-1510-syria-trump-and-the-kurds-scott-horton-tells-the-story/

372: A Theory of the Kennedy Assassination

While in Dallas, Chris Spangle took a tour of Dealey Plaza with Robin Brown of JFK Custom Tours. It was so entertaining, that he decided to invite Robin on the show to lay out what he believes happened on November 22, 1963. We spend a great deal of time discussing the rise of defense contractors and the CIA in the early days of the Cold War. Then Robin explains his theory on the why, how, and who of President John F. Kennedy's murder. Visit Robin's website at https://www.jfkcustomtours.com/. Disclaimer: I really have no idea what happened to President Kennedy, and by having Robin on I am not endorsing his ideas. Much of the history on the establishment of that period we share is absolutely true, and most facts on the assassination he shared did check out. I don't know what happened. I just found him to be a fun person you'd enjoy. Come to your own conclusions. - Chris Spangle Spangle's photos and videos from Dallas - https://www.facebook.com/chris.spangle/media_set?set=a.10104575098003994 Documentary recommendation - Coup in Camelot Book recommendation - JFK and the Unspeakable: Why He Died and Why It Matters by James W. Douglass  Time Stamps 00:11:38 - Who Is Robin Brown? 00:27:55 - Rise of the Military Industrial Complex 01:32:52 - What Happened on 11-22-63?

Comedian, actor, and podcaster Frank Caliendo joins Chris Spangle to discuss fame and its effect on society, how social media has changed comedy, and the complications of free speech in modern media. Get all of Frank's podcasts at https://www.frankpods.com/.

In the "The Swamp, Explained" series, Chris Spangle and Rob Quartel go in-depth on how Washington works. President Trump has fired John Bolton. We debate if Bolton is the last Wilsonian hawk in the White House. Rob shares where he was on 9-11, and we examine how the world has changed over 18 years. Follow Rob on twitter: @RobQuartel (https://twitter.com/RobQuartel). Check out Rob's resume here: https://www.linkedin.com/in/rob-quartel-5291553/ Have questions for Rob? Email us - editor@wearelibertarians.com

CSS 23: Are We Heading Towards a Recession?

Chris Spangle examines if there is a recession on the way and what could be causing one. Show Notes and Charts: https://wearelibertarians.com/wp-content/uploads/2019/08/Economy.pdf
See More
Comments (8) 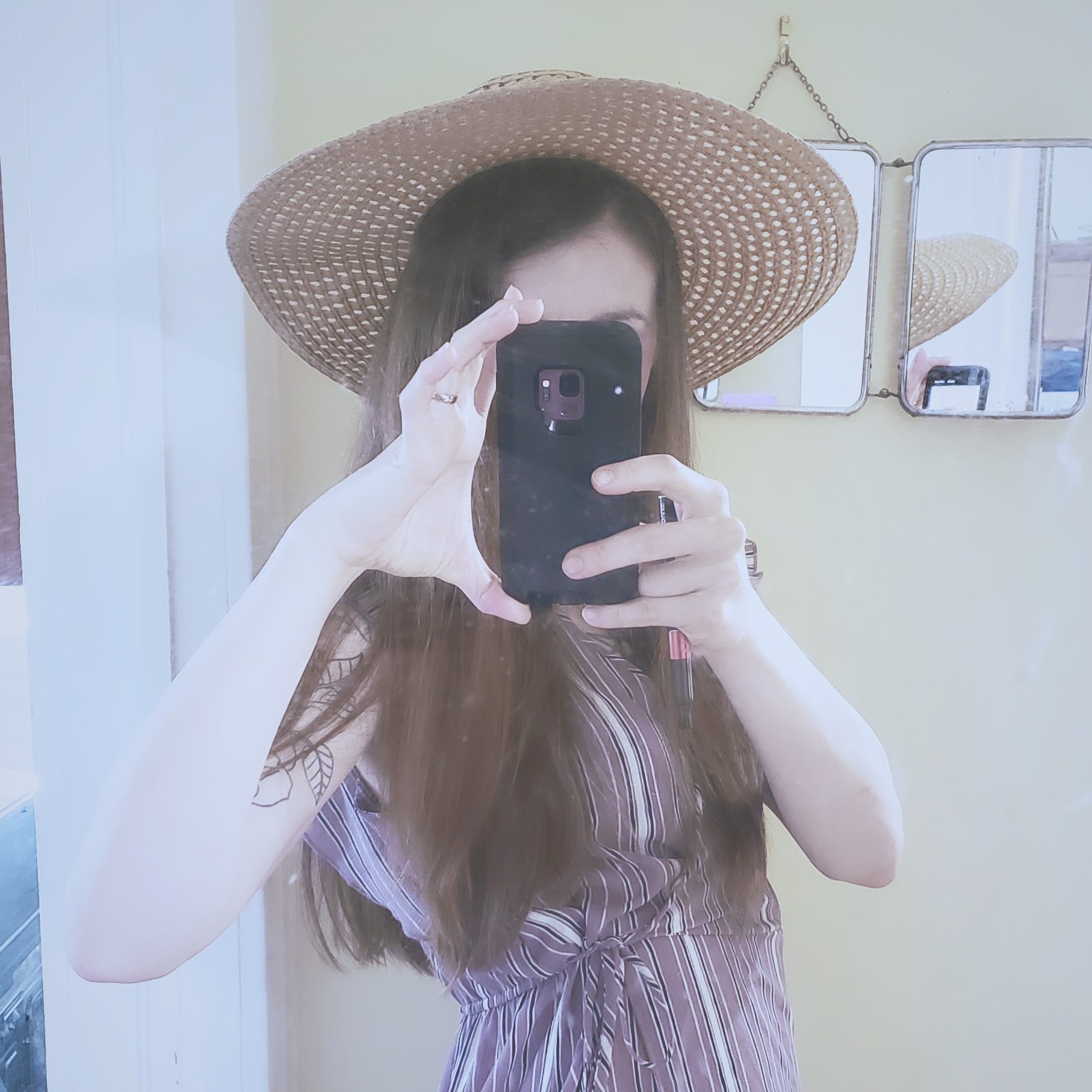 Chris - I'm sad to see this show go. I only recently came to the realization that I've been eating up Leftist propaganda as truth for most of my life, and after several weeks of research and meditation, I came out the other side a Libertarian. I think what you're offering is important and sorely lacking in today's highly polarized world. It's hard to see where the truth is, when you're fed half stories colored with a particular narrative through most of the "news" and media behemoths. This show has had a tremendous impact on me in a very short period of time, and I really appreciate the effort and passion you sew into each episode. So anyway, thank you, and God speed. I can't wait to hear your next project.

In the words of Viktor Frankl - "a man's suffering is similar to the behavior of a gas. If a certain quantity of gas is pumped into an empty chamber, it will fill the chamber completely and evenly, no matter how big the chamber. Thus suffering completely fills the human soul and conscious mind, no matter whether the suffering is great or little. Therefore the "size" of human suffering is absolutely relative."

That's not what a smart power grid is. You guys need to get some real scientists and engineers on here. Jesus. I literally work in the oil industry and the second half of this episode was still cringeworthy.

Wow. This was so ignorant. Unsubscribing.

can we move WAL daily to a separate feed? It's as if my favorite Mexican place decided to serve Mexican food only on Fridays. I drive by it every day, and sometimes it's Italian day or Chinese day or Peruvian day, and that food is fine, but I really just want to go on Fridays for the fare I fell in love with.

Do you realize that it took 20 minutes before you got to the first topic? That's entirely too long... especially when you speak about such hyper specific stuff for the first block.. I tend to just start your show halfway through an episode because I have no idea how long you will tell us the same self promo pitch for at least 15 minutes. Content please.