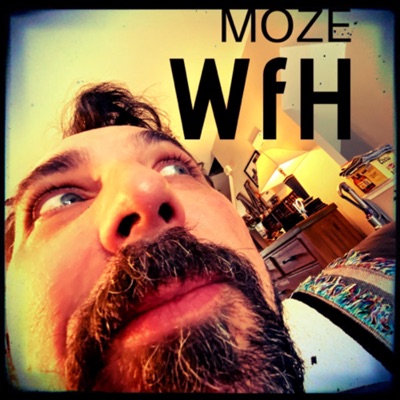 Short interludes of me discussing what's going on in between the shows that I either host or guest on.
While working from home I’ll try to dedicate some time pushing thoughts. Support this podcast: https://anchor.fm/philip-mozolak/support
33 Episodes
Reverse

Watchers of the Plus 9

Modok and Army of the Dead

Look, no faffing around. We’re talking about the first half of “MODOK” on Hulu and the Netflix offering from Zack Snyder, “Army of the Dead.” Are these two worth the time? Yes… and no. Sorta. It depends. How’s that for definitive? Sam Adams and Philip Mozolak Referenced Works Army of the Dead MODOK Show Notes & Links AOD Pitch Meeting Composite a Tig --- This episode is sponsored by · Anchor: The easiest way to make a podcast. https://anchor.fm/app --- Send in a voice message: https://anchor.fm/philip-mozolak/message Support this podcast: https://anchor.fm/philip-mozolak/support

Let’s get raw with Elite Invincibility

Watchers of the Plus 5

Watchers of the Plus 3

Watchers of the Plus Episode 2

New stuff! Watchers of the Plus. Early bird edition

004 the downs of drowning 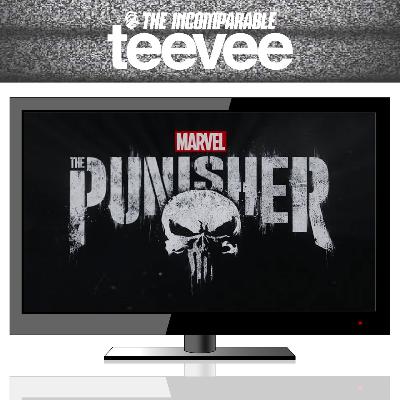 Episode 10: “The Dark Hearts of Men” John Pilgrim defeats his former gang while sustaining several injuries. He then falls back into drugs and alcohol and hookers to help heal up and hallucinates about his dying wife. Meanwhile, Frank and Curtis scout Valhalla, unaware that Billy is spying on them. In flashback, Madani visits Dr. Dumont to discuss Billy and Frank over a bottle of wine. Afterwards, Dumont surmises the only difference between them is Castle's belief that his moral code of only killing those who deserve it makes him better. Frank attacks Valhalla, but is ambushed by Billy. His men beat and slash him, but Frank manages to kill them. Pursuing Billy, he fires into an upstairs office room, then discovers three dead women on the floor. Curtis wounds one of the mercs coming to kill him, then fails to keep him alive. Back in the flashback, Dumont tells Billy how to break Frank: destroy his sense of moral superiority. The episode ends with the NYPD finding Frank, standing over the dead women, bloody and with the gun still in his hand. Episode 11: “The Abyss” Frank is being treated in an ambulance on the way to a hospital, still having flashbacks about the dead women in Valhalla. Karen Page visits him, claiming she is part of his legal counsel. Meanwhile, Amy goes rogue after hearing of Frank’s capture and attempts to free him before any hitmen can come to claim the $5M bounty. Madani tells Karen about evidence not adding up at Valhalla, so the two women head to the hospital's morgue to examine the dead prostitutes’ corpses. They learn that the women were executed at close range by Billy and his men before Frank arrived. Dumont explains to Bily that she got her scars as part of her father’s suicide, while Eliza Schultz finds Pilgrim with news that his wife, Rebecca, is dead. She orders Pilgrim to finish the job for the sake of his kids and their ‘way of life.’ A rogue police officer attempts to first kill Frank, and then Amy, in order to collect the bounty, only to be stopped by Madani. She and Karen present their findings to Frank, who decides to get out of the hospital with their help, while Pilgrim arrives to find them. The escape is thwarted by Mahoney, who handcuffs Frank into an ambulance. --- This episode is sponsored by · Anchor: The easiest way to make a podcast. https://anchor.fm/app --- Send in a voice message: https://anchor.fm/philip-mozolak/message Support this podcast: https://anchor.fm/philip-mozolak/support

Cocked and locked, the boys are back to talk about a show that aired a year ago. What does it matter if we’re late? The point is we are back to dump clips of recap into your ear holes. Where is Frank now after the events in New York? Turns out Ohio has some issues too. The Punisher Season 2, Episode 1 Host Philip Mozolak and Devin Higgins with Sean Schbley, Eric Scott and Jason Johnson --- This episode is sponsored by · Anchor: The easiest way to make a podcast. https://anchor.fm/app --- Send in a voice message: https://anchor.fm/philip-mozolak/message Support this podcast: https://anchor.fm/philip-mozolak/support