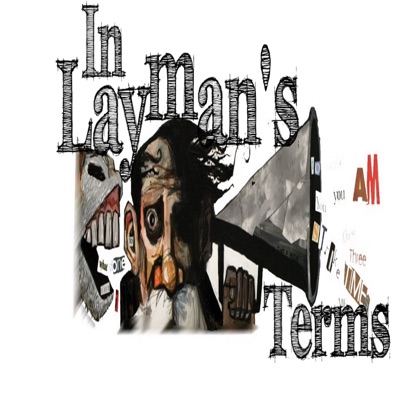 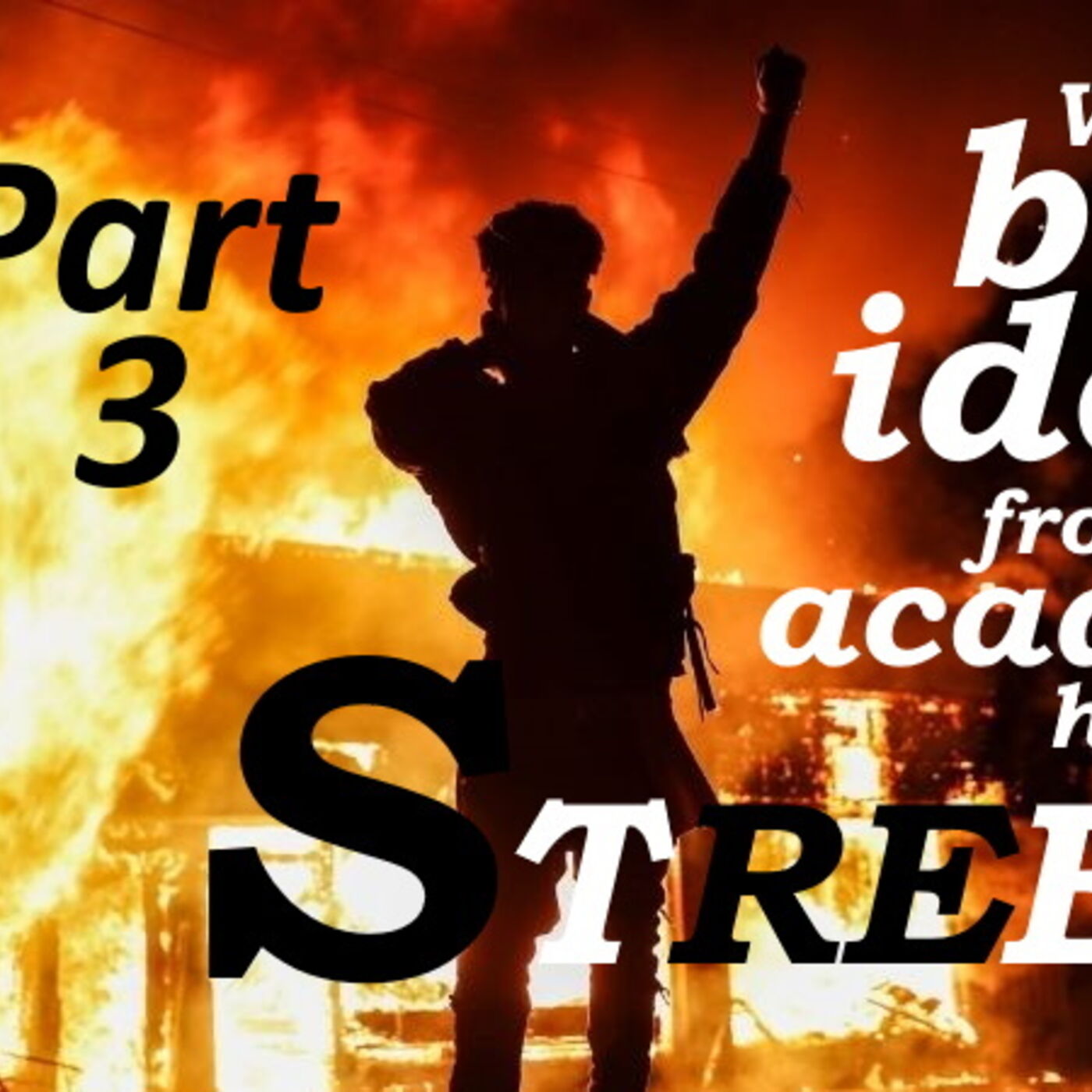 These are strange and confusing times especially when you don't understand how your enemy thinks. This week, Nathan Rinne of Concordia St. Paul continue our saga of helping you to understand and make sense of what's going on in our culture and world. This is round three of us showing you how the philosophy of Critical Theory aims to "destroy the world" with a seemingly irresistible ideological agenda. 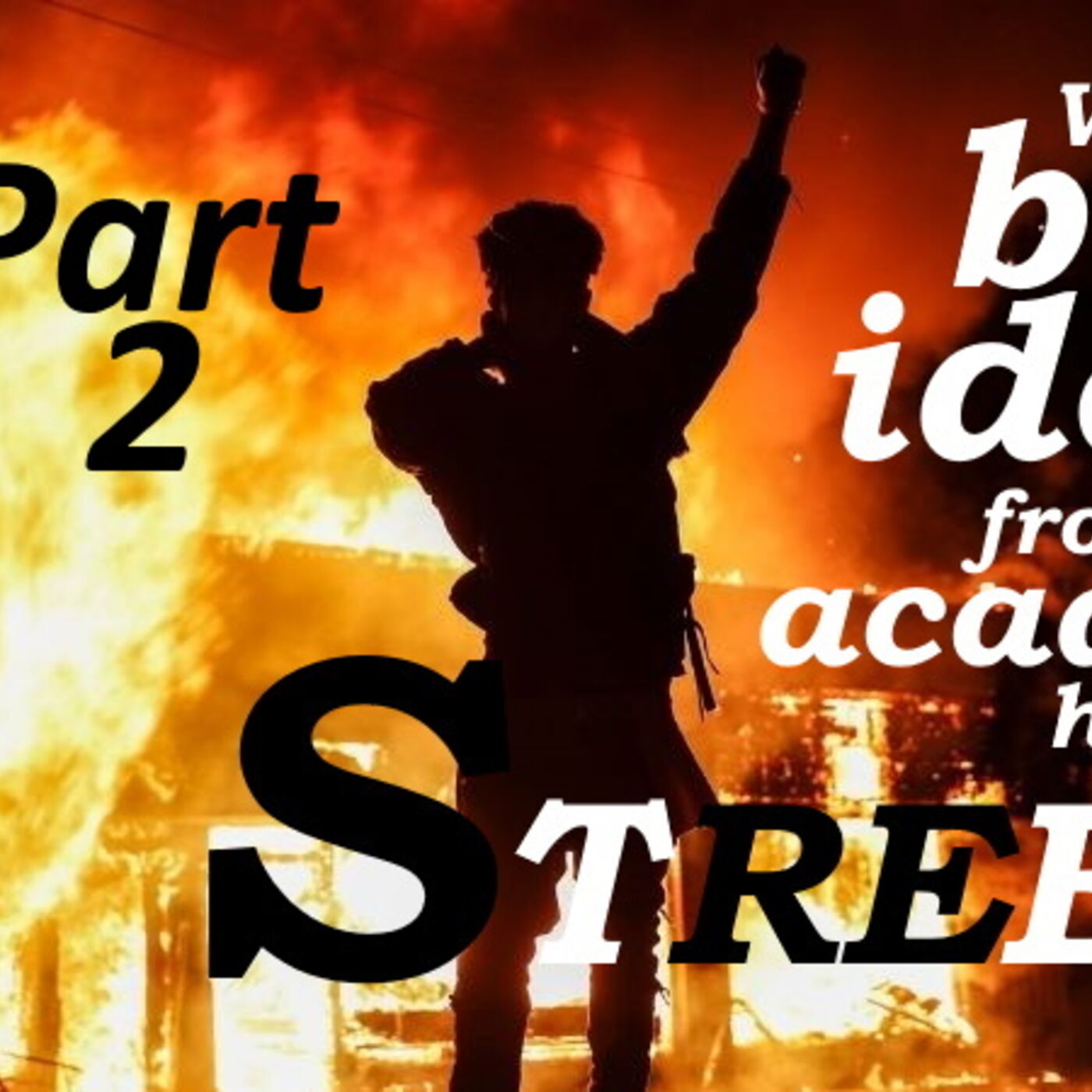 Is It the End of the World 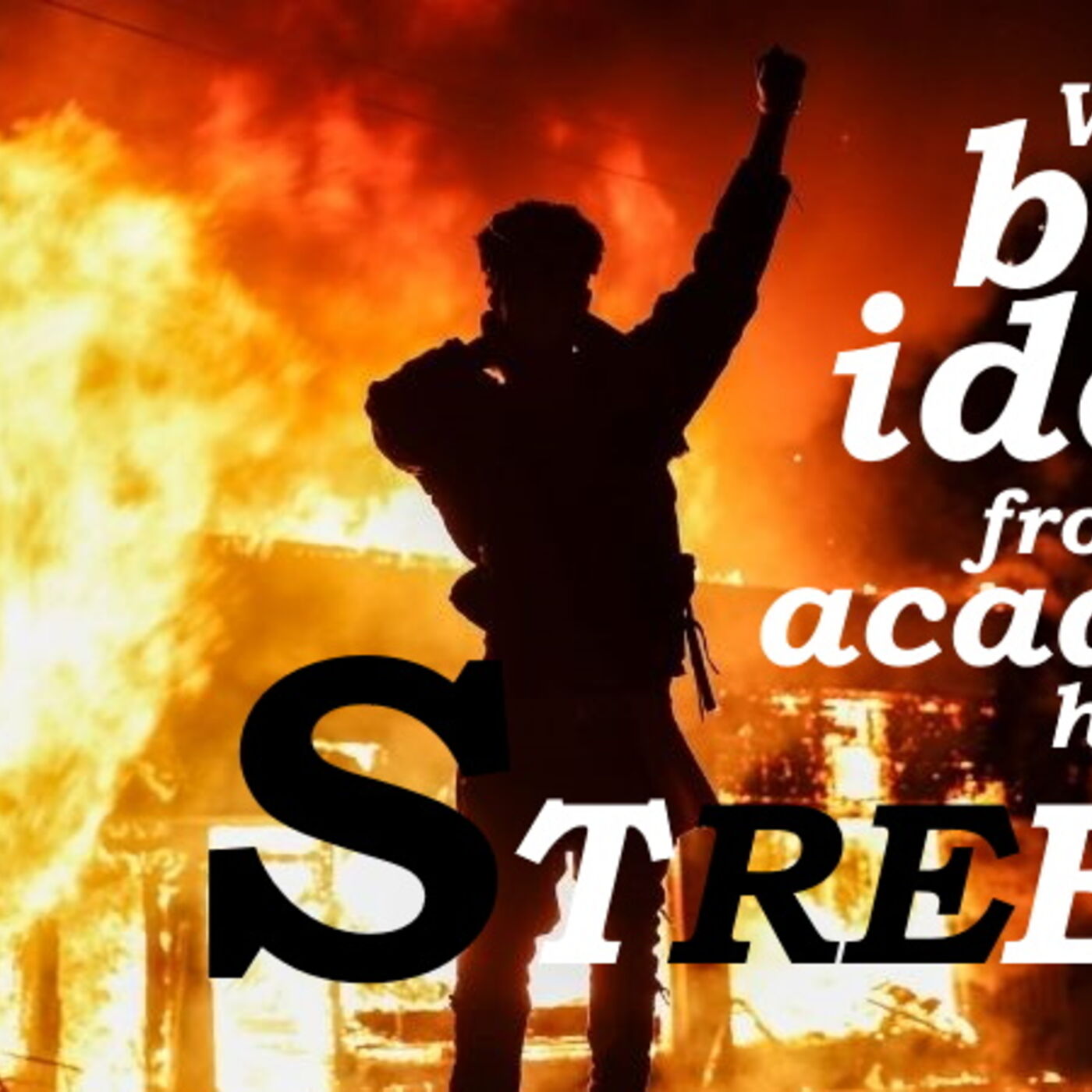 What happens when ideas from university campuses finally hit the ground? It's one thing to talk about ideas and it's something else entirely to make good on them. For those who still question whether or not the approaches of Critical Theory can be adopted by the Church, enter one Frank Wilderson; author of *Afropessimism*. Wilderson talks in a recent interview about what strain of Critical Theory will be able to "end the world" and that strain is the "Race" version of this philosophy. Translation? Critical Race Theory, in Wilderson's estimation is the best candidate to end the West. If you don't think that includes the Church...... Nathan Rinne of Concordia St. Paul and I discuss this alarming interview.

Who Will Win The Election?

Our new podcast, the Jeff and Matt Show give the predictions of this monumental election. 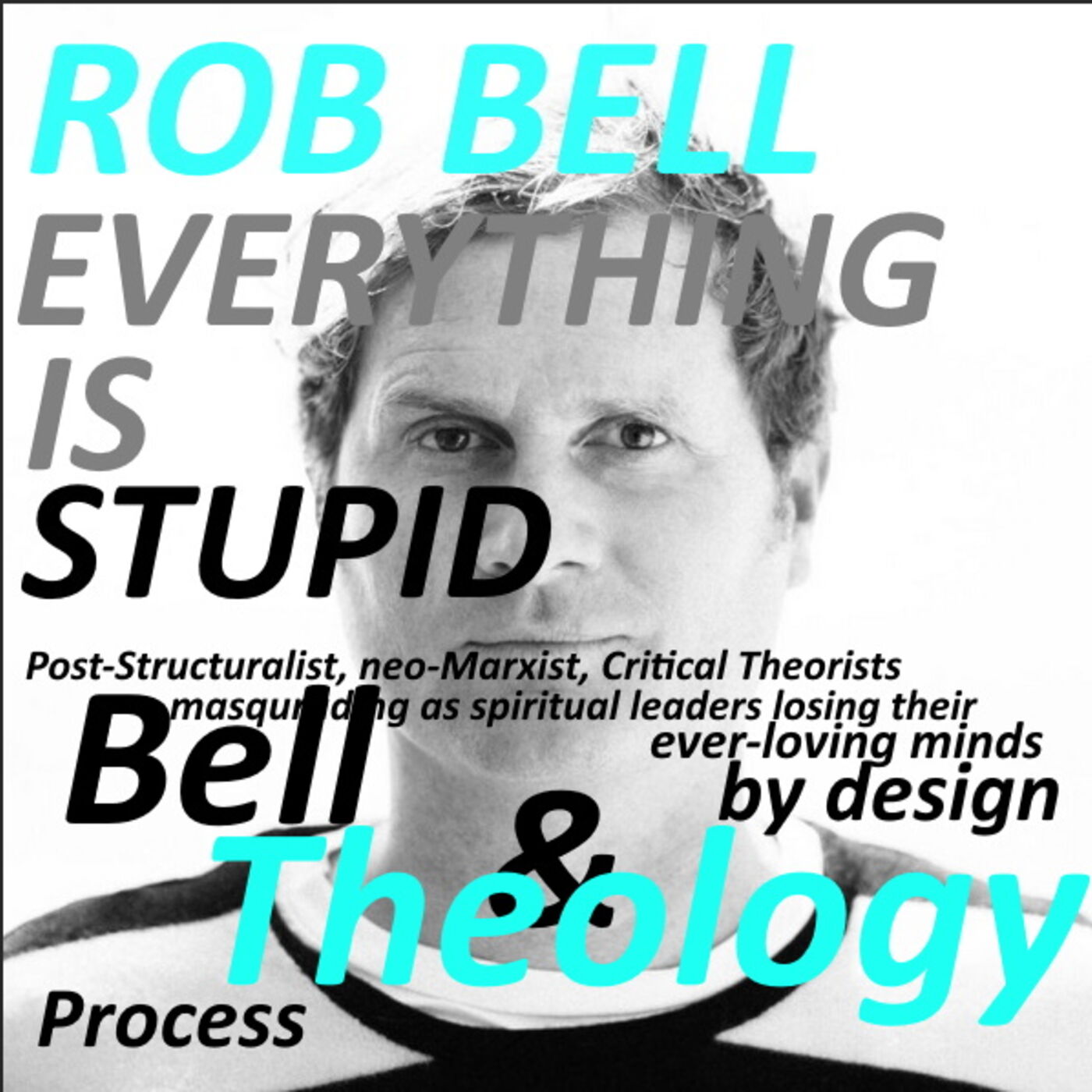 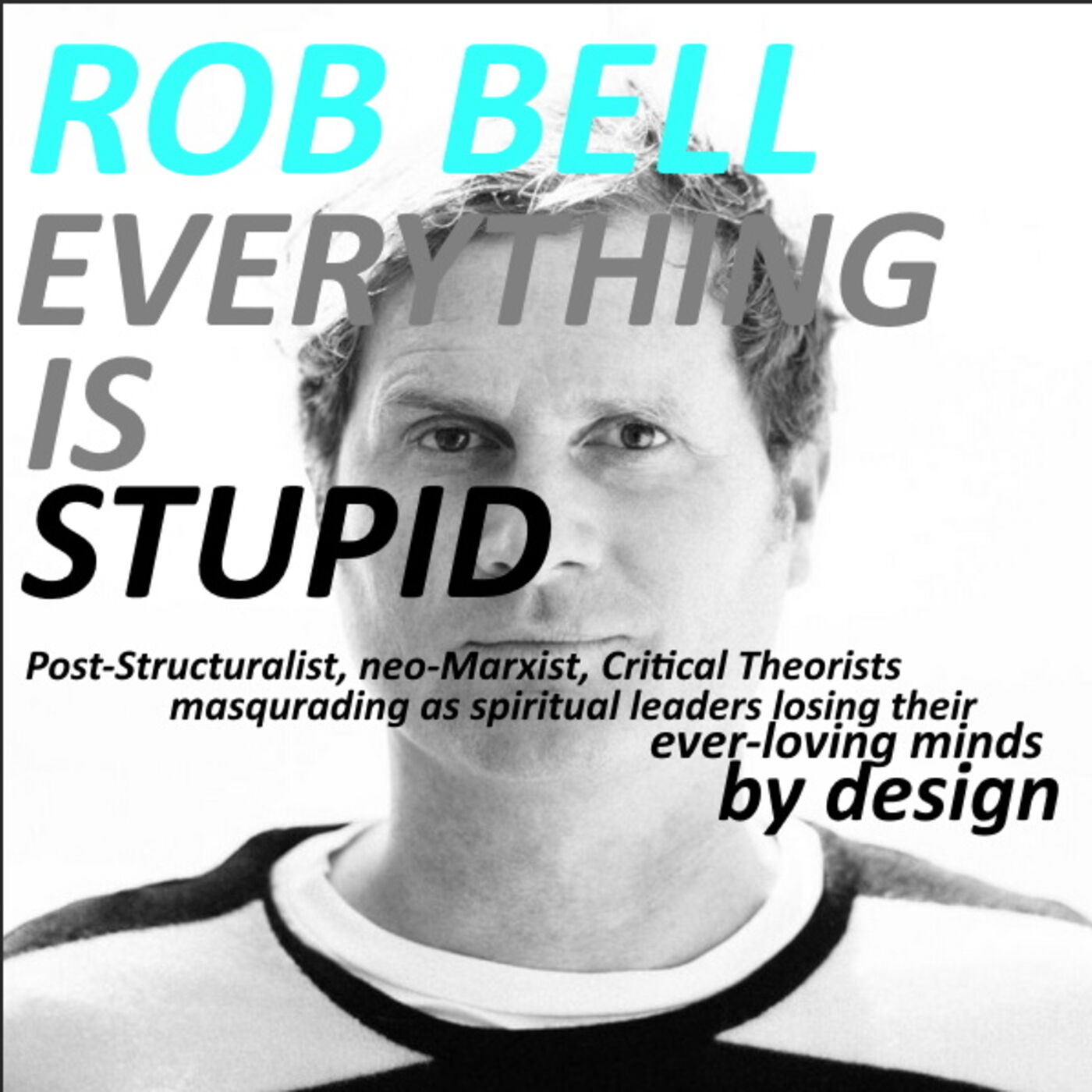 Rob Bell: Everything Is Stupid

In this episode of “Everything is Stupid” with Rob Bell, we’ll be treated to the incoherent meanderings of Rob Bell’s misadventures in Christian ministry and life.  Sadly, unlike Bell’s former books, there is extraordinarily little here to even consider.  Bell’s life simply isn’t that interesting.  It’s the same old “Oh I was a pastor and I had problems with the doctrines of hell and women in ministry and so I bailed” story we have to endure from the likes of Bell and his ilk.  Instead of thinking through these age-old doctrines and attempting to understand why they have such longevity, Bell, per the usual arrangement, dismisses them along with everyone else who lacks imagination at best and refuses to trust that we have a word from God on this at worst.   Again, its unfortunate that there’s just not that much here with which to contend, but we’ll try to get a couple of episodes out of it at any rate. After all, I was forced to forfeit an entire Audible credit to have a go at Bell’s droning tripe, so we’ll try to make it worth it. 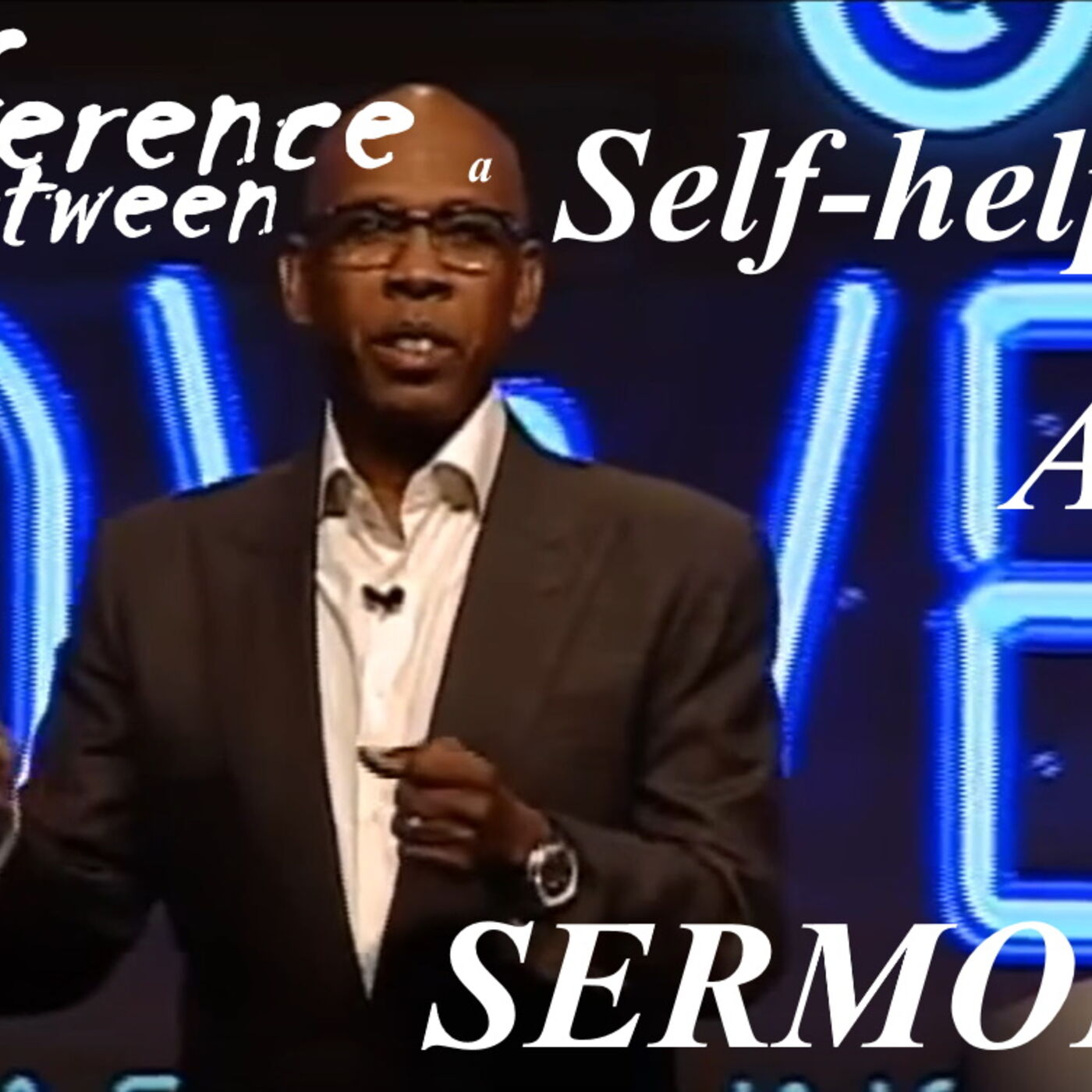 The Difference Between a Self Help Lecture and a Sermon

Sometimes we hear sermons and we know something isn't quite passing the smell test.  The pastor might be saying "God" and "Jesus" and even quoting the bible, but something just isn't right.  Learn how to recognize the symptoms of a self-help lecture masquerading as a sermon in three easy steps:  1. Could the sermon just as easily be given by a self-help guru?  2. Is the sermon all about you becoming a better person for the sake of being a better person?3.  Is the sermon properly interpreting Holy Scripture?  If the answer is "Yes", "Yes", and/or "No", you may have a self-help lecture masquerading as a sermon! 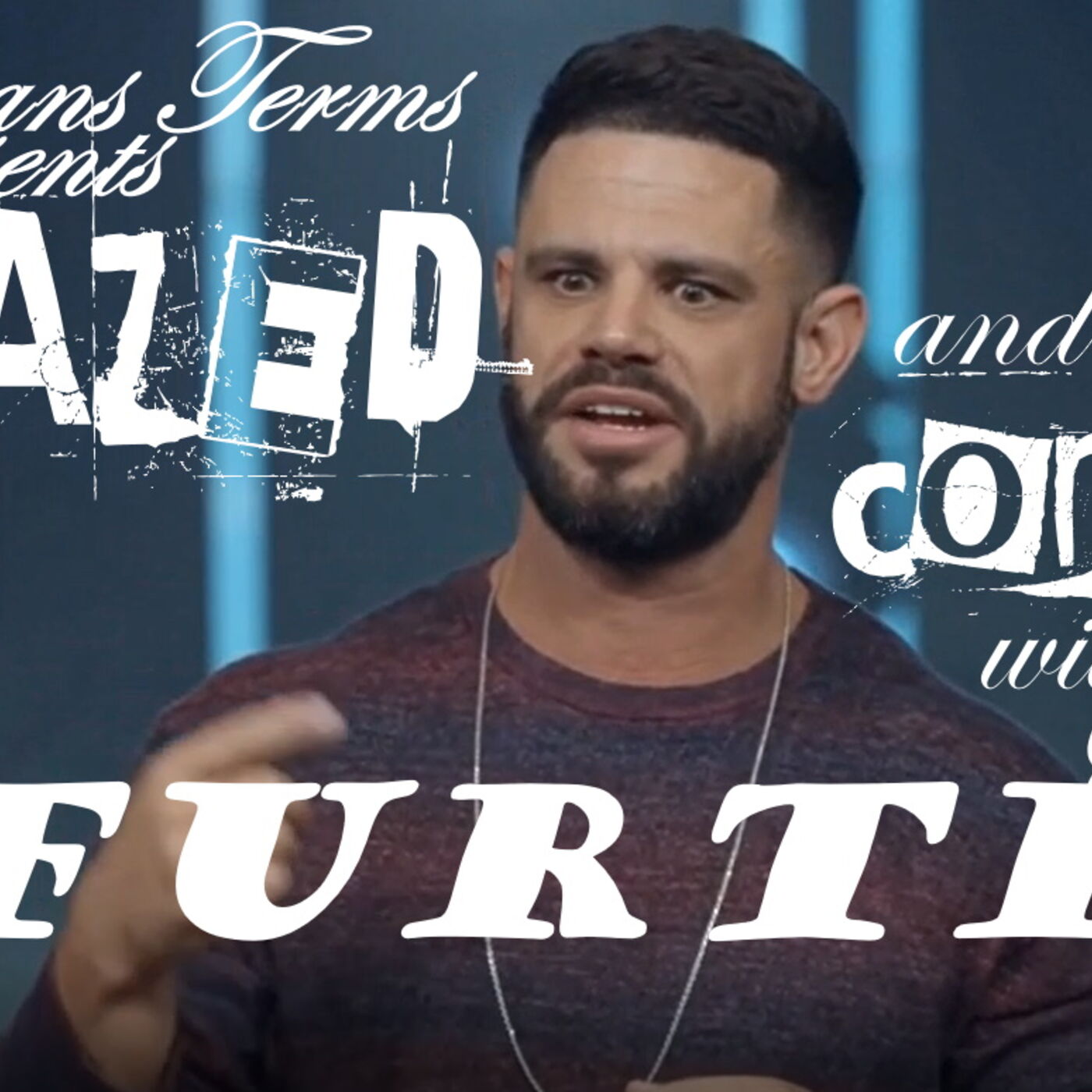 My thirteen-year-old son could pick out what's wrong with a sermon from Steven Furtick on just about any given Sunday.I've rarely critiqued a sermon from a man like Furtick because he's such low hanging fruit. In this case, it was an opportunity to showcase the weaknesses of the "mega church model" of "doing church" and to express my hopes that churches like Elevation die right along with Covid 19. Here I honestly think the Covid 19 shutdown has gotten the better of mega church pastor Steven Furtick. At my church, we have met and will continue to meet in person because we believe what Christ said about Holy Communion. We were able to do it without breaking the shutdown orders of our state while others were forced to obey God rather than men. Sadly Furtick and Elevation Church have too much at stake here to risk it. While a small congregation like ours - where the pastors know everyone and can actually care for them - can meet, for Furtick's some 20k member "congregation", that's impossible. However, I wonder if the rush of performing before his usual crowds isn't taking something off his delivery. It seems that even for the mega churches, meeting in person might mean something for them. For us it means the body and blood of Christ. For them, it's important that they have the normal "crowd effect" in order to keep a man like Furtick on track. With no crowd to cheer him on in earnest, Furtick and his approach to preaching is worthless. 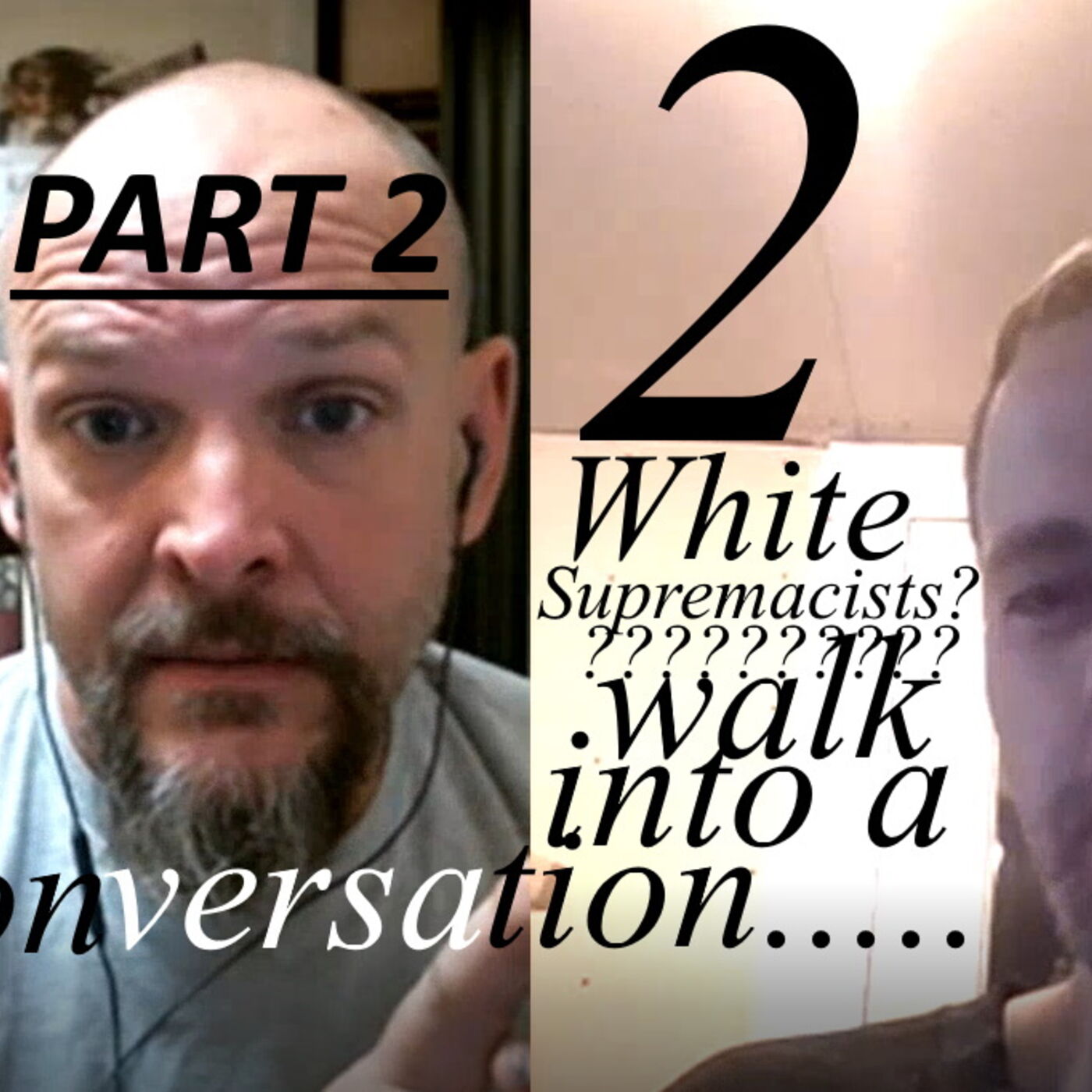 We continue our conversation with Nathan Rinne of Concordia St. Paul on race, race relations, America, and the Church.I think the American Experiment is doomed here in the near future as is the American Church and we'll all have to move to Madagascar. Nathan thinks we have a fighting chance to survive all this nonsense. What say you?

2 White Supremicists????? Walk Into a Conversation

Empires typically last about 300 years.  Christians have never experienced the kind of peace we are experiencing now.  I think it's about time for all that to end and groups like BLM, Antifi, and the Biden/ Harris ticket are moving this inevitability along quite nicely.  Long time friend Nathan Rinne is back and better than ever.  We discuss terms like "systemic racism", "whiteness",  and "reparations".   While we've got some good stuff to say about it, don't worry if you don't get it either.  I like you ask all the time, "Show me the racism in the system so we can fix it" and then I'm called a blind and weak white boy for not being able to see it.  Personally, I'd just like to see an ex-con be able to get a good job when he gets out, but of course here, I'm just another racist playing along with the system which is racist.  I don't think we can survive much more of this.  What should the Church do?  Well if it's going to die in the West - which I think will happen - you're going to have to look at holing up and sitting out the storm or moving to say Madagascar where there are some *eight million* devout Lutherans and Christians.  At any rate Nathan is some what hopeful; I'm somewhat not hopeful.  Where do you land? 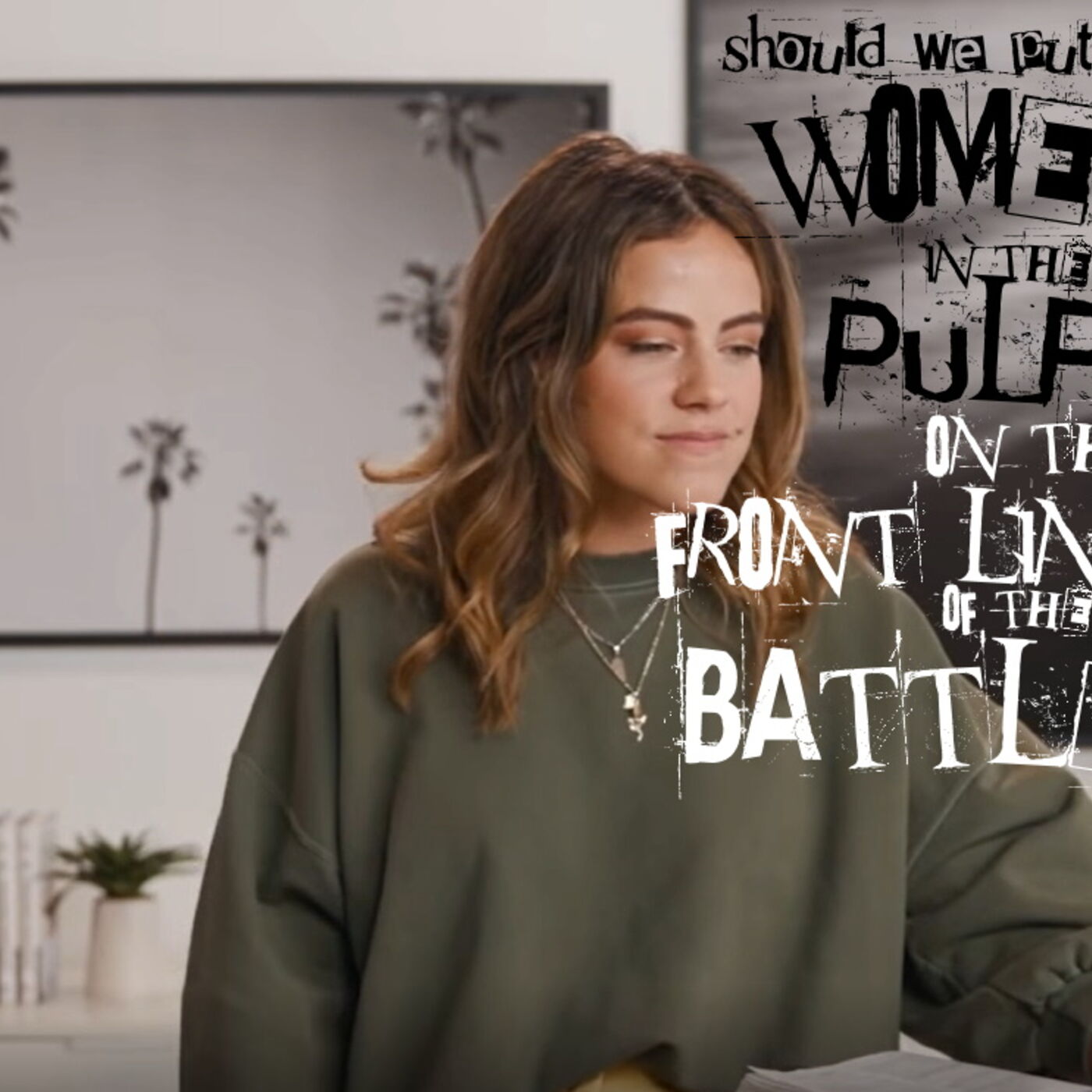 Should Our Women Be in the Pulpit.....Even By Remote? 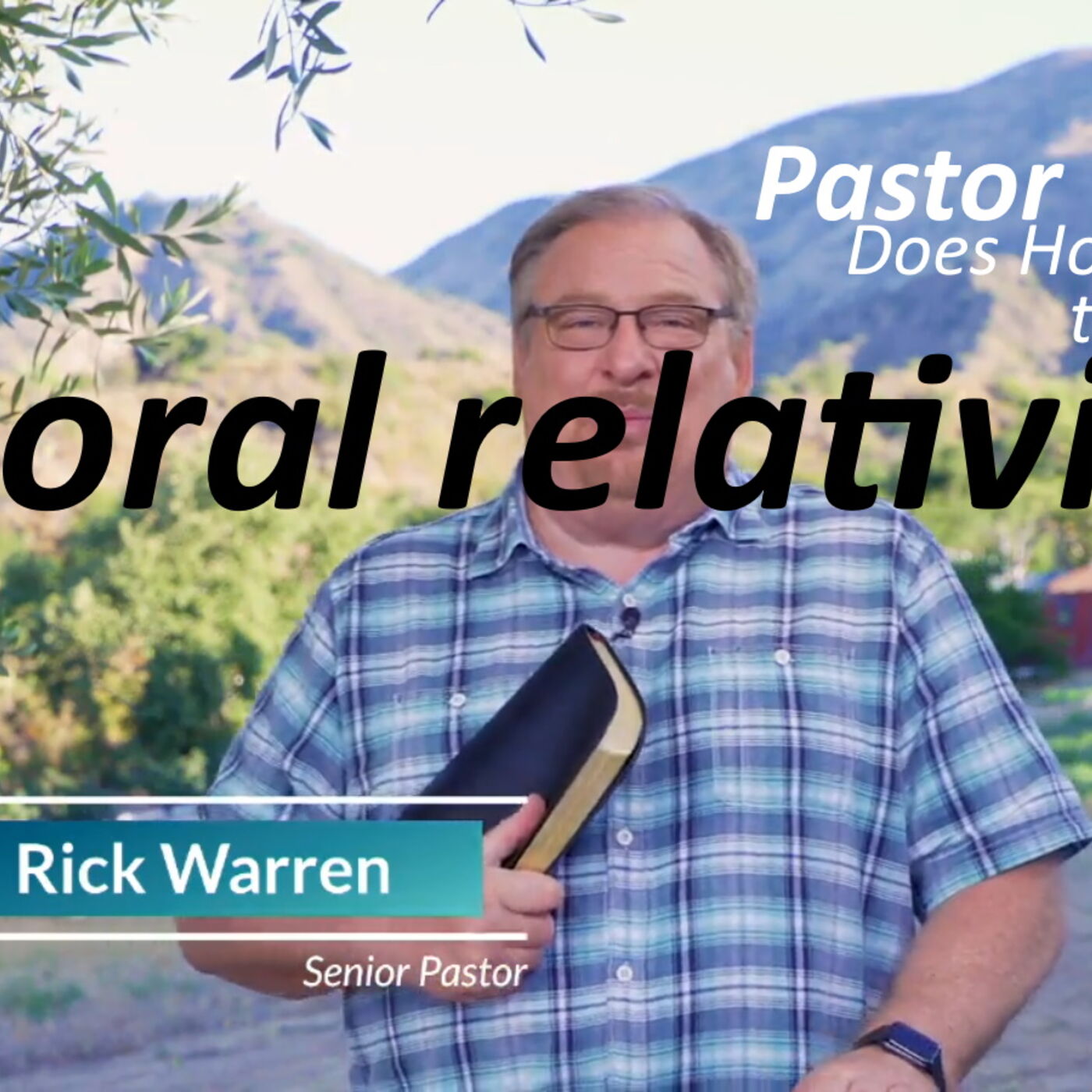 If Rick Warren was some spring chicken, I might give him a pass on this, but he's not. In this sermon, I am convinced he is trying to mainstream moral relativism. He knows the age old mantra of "don't judge" as used by those who want to do away with the moral moorings of Western Christianity. Sadly, there's simply no other way to weigh this out. Rick Warren is an enemy of the Gospel. In fact, he can't be bothered to mention the Gospel as a remedy to all of this in his sermon here. He has, in fact, joined the radicals and has become an enemy of the Gospel. The mantra of groups like BLM and Antifa is, "Don't judge; especially if it cuts against your agenda." Unfortunately, I've known Warren for too many years and too often to simply pass this off as ignorance. Warren has submitted to the radical agenda of moral relativism.

Racial Reconciliation: How We Are Losing the Gospel

When we make Law issues - like racial reconciliation - Gospel issues, we lose the forgiveness of sins and choose to save ourselves.

How to Study Your Bible Part Two

How to Study Your Bible Part One

If you're only listening to podcasts and not reading and studying your bible, you're wrong!

How do you know that? 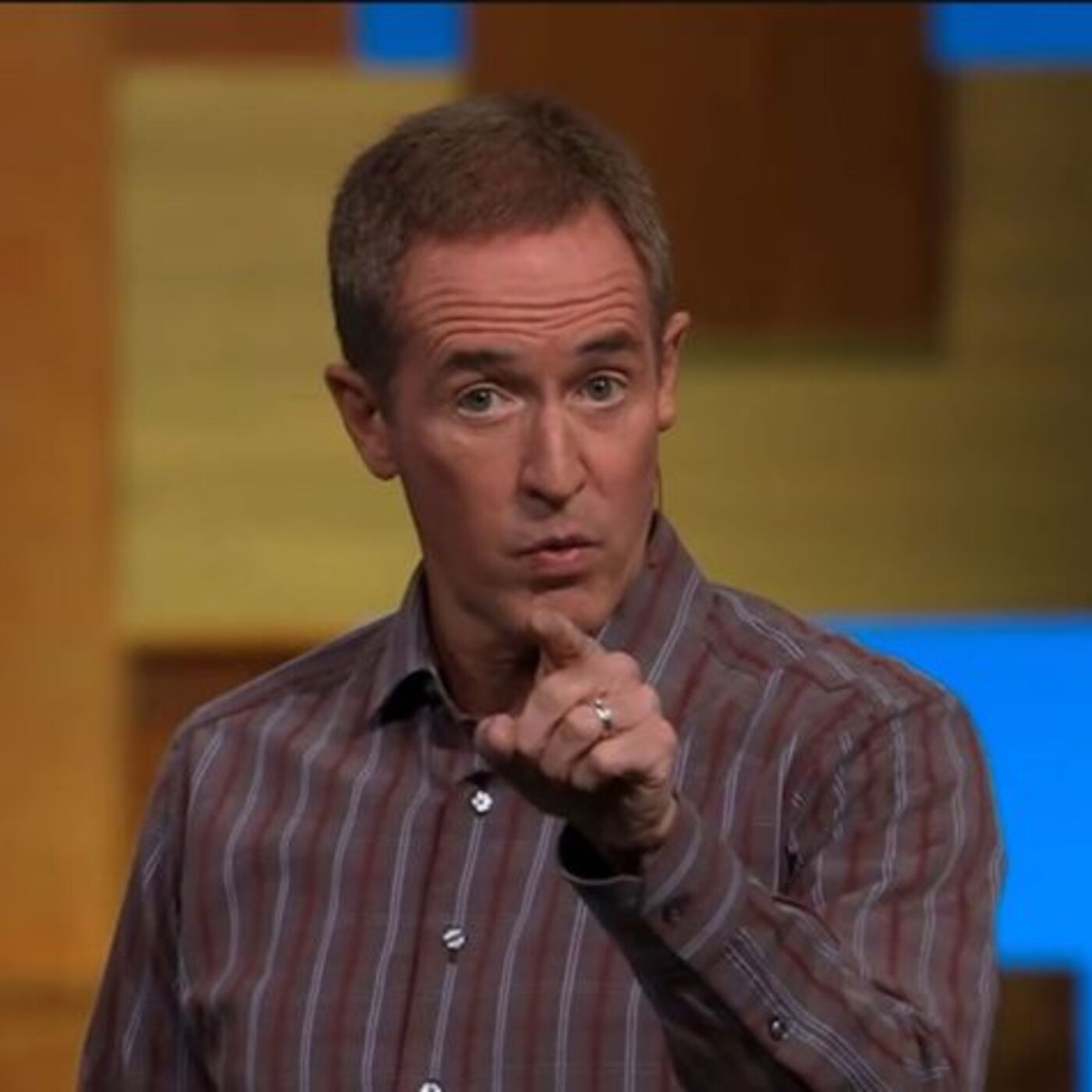 Loving your neighbor and why the Gospel is not Good News without the reality of God's eternal law.
See More
Comments (2)

i suspect that they were speaking more in terms of the Augsburg Confession, its Apology, the Formula, or the Smalcald Articles. To be honest, until you made the connection, I didn't think of the Small Catechism's explanation of the 5th Commandment as being pertinent either. I like it, though.

Why doesn't he just give the info for the charity and let people donate directly to it? You be the judge as to why...