Options Insider Radio Interviews: Going Binary With Nadex We kick off a new decade with the return of an old friend of the network -  Dan Cook, Vice President of Business Development at Nadex. Mark and Dan discuss: New platform and product upgrades at Nadex The challenges of binary options including Google and Facebook banning binary advertising Getting more market makers to trade binaries Dealing with the explosive final minutes of a binary contract Binaries and volatility Crypto binary contracts The future of political and sports wagering And more... 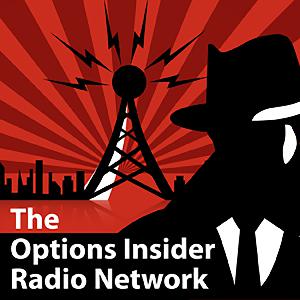 Options Insider Radio Interviews: Exploring Predictive Alt Data With Exegy Guest: David Taylor, CTO of Exegy (www.exegy.com) Mark and David discuss: What is Exegy? What are the latest developments in the alternative data market? Can you actually use enhanced data feeds to make sub-second predictions on a stock? What are the challenges in providing enhanced data and analytics for options traders? Is the Race to Zero dead? Update on the status of the Consolidated Audit Trail (CAT) And much more...

The Trading Block: SQ and QCOM dominating the options charts today. Looks like QCOM activity is actually a dividend play. Light on earnings this week. Goldman execs cash out decade-old options just days before they expire. The Odd Block: TSLA tracker; Weird house-money put roll in WDC; Tons of Dec 26 puts in DKS; Size near-term call love in NEM. The Mail Block: Options question of the week SPY always dominates the #options volume charts. But what do you think people are actually trading in SPY? Take a guess at the top OI position in SPY right now. No cheating (or checking with your broker) - use your grey matter and your "gut" to pick the right one. Jan 262 call Dec 2019 150 put Dec 280 call Jan 240 put Listener questions and comments Question from PBiggers‏: how will the market react if the tax bill fails to pass in the senate on Thursday? Bullish, modest correction or major correction? Comment from Robert Baker: in response to your questions regarding TSLA catastrophe puts Jan 19 $50; I believe that they are insurance policies for model 3 depositors to recover their $5000 deposit in the event that Tesla goes bankrupt. After all, it's the cheapest form of insurance because the $50 put will be worth $5000 if TSLA goes to zero. Keep up with your show - it's fun.

On the final part of our epic Election Night Special we are FINALLY joined by the "Once and Future Dr. VIX" - aka Russell Rhoads. Enjoy!

On Part 7 of our epic Election Night Special we are joined by: Mark "The Greasy Meatball/Texan" Sebastian - Option Pit

Host: Eric Cott, Options Industry Council Guests:  Michael Khouw, Optimize Advisors & Jon Narjarian, Najarian Family Office, tradeMONSTER, CNBC   Is there a FINANCIAL STORM brewing? Does it mean continued VOLATILITY? What are some options strategies for the advisor and client?   - Inaugural start for CWC series - Sharing some ideas for FAs and RIAs to think about in this volatile environment - Talking about what happened on February 5, 2018 and October 2018 in terms of VIX and market gyrations - Some things for advisors to consider and how to read the "tea leaves" with these indexes, etc. - Is option volatility a factor when individual investors, institutions and FAs choose a particular strategy?

Best of Volatility Views: Back to the Beginning

Best Of The Option Block: Back To The Beginning

Best Of The Option Block: Back To The Beginning The markets are closed for President's day so the All-Star Panel gets a day off. But that doesn't mean there is no show! Join us for a trip down memory lane to the very first "sneak preview" episode of The Option Block from September 2010. Enjoy! 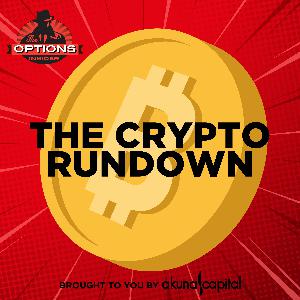 THE CRYPTO RUNDOWN INAUGURAL EPISODE: LOOKING BACK AT A CRAZY 2018 HOST: MARK LONGO, CEO - THE OPTIONS INSIDER MEDIA GROUP CO-HOST: TOBY ALLEN, HEAD OF DIGITAL ASSETS, AKUNA CAPITAL INTRO/OVERVIEW WHAT IS THIS SHOW ABOUT? WHAT CAN THE AUDIENCE LOOK FORWARD TO IN FUTURE EPISODES? THE BITCOIN BREAKDOWN SEGMENT The world's first bitcoins were mined ten years ago this week. The first bitcoins were mined in a block of 50 coins called "Genesis Block" on January 3, 2009 2009: The first-ever bitcoin transaction took place on January 9, 2009 between Nakamoto and software developer Hal Finney. 2010: It's widely believed the first real-world bitcoin transaction was made in May 2010 by programmer Laszlo Hanyecz. Hanyecz spent 10,000 bitcoins on two Papa John's pizzas; those pizzas would now be worth more than $30 million at today's bitcoin price. 2010: Bitcoin gained public attention later in 2010 with the creation of an exchange called Mt. Gox. The Tokyo-based exchange allowed investors to trade bitcoin, which was priced around $0.07 per coin for most of that year, according to CoinDesk. 2011- Bitcoin's price hit a milestone $1 in 2011. But a series of hacks on the Mt. Gox exchange that year exposed the cryptocurrency's vulnerability to big price swings. 2014: MT GOX HACK, BTC HIT $300 AND STAY THERE FOR THREE YEARS 2017: BTC CROSSED $1000, HIT $2000 IN JULY AND NEARLY $20K IN DECEMBER BITCOIN BREAKDOWN SEGMENT - LOOKING BACK AT 2018 THE THEME FOR BITCOIN THIS YEAR WAS “DOWNSIDE” - BITCOIN SIMPLY COULDN’T SUSTAIN MUCH UPSIDE MOMENTUM IN 2018. BITCOIN MARKET CAP: Throughout the entire year, all of the biggest coins by market valuation have lost more than three-quarters of their net worth since December 2017. The entire ecosystem’s market valuation saw an all-time high of more than half a trillion dollars and today that metric is just above $100 billion. BITCOIN VOLATILITY: NOT AS VOLATILE AS MOST PEOPLE ASSUME CRYPTO QUESTIONS SEGMENT QUESTION FROM 77RT: When will we see bitcoin options on an exchange? QUESTION FROM BNUNES: What’s the truth about bitcoin as an asset class? Some say crypto is digital gold and it’s inversely correlated and others say that’s nonsense. Which is it? QUESTION FROM SURREALGENTLEMAN: Heard a lot of noise over the past year about how bitcoin options skew would shape up if they were listed. Any idea how that that skew would look? Are the calls bid? Are the puts bid? Are they both bid? QUESTION FROM ELLEN KEMP: Seems like CME BTC contract won the horse race this year. Are you surprised that more people seem to prefer a five coin contract vs the one coin CBOE contract? QUESTION FROM JORDAN: Outlook for the crypto market in 2019?

On this episode, Mark and Dan explore what options trading lessons they learned in 2020 that they can apply to 2021. This episode is brought to you by DEMAND DERIVATIVES. Learn more about their innovative new crowdfunding campaign at www.DemandDerivatives.com.

On the first new episode of the new year, Brian talks about a crazy condor trade in DraftKings (DKNG). The Options Playbook is available on OptionsPlaybook.com, or on the Amazon Kindle edition.   Do you have a question that you want answered on a future episode? Send it to Brian at TheOptionsGuy@Invest.Ally.Com, or to the Options Insider at Questions@TheOptionsInsider.com. You can also find Brian on Twitter at @BrianOverby.

OIR Interviews: Options Are for Everyone

ON THIS EPISODE OF OPTIONS INSIDER RADIO WE ARE JOINED BY MARK PHILLIPS, CEO OF HARVESTED FINANCIAL WE DISCUSS: HOW YOU GO FROM A VIX MARKET MAKER TO LAUNCHING AN OPTIONS FOCUSED RIA WHAT IS HARVESTED FINANCIAL ZERO COST COLLARS, STRATEGIC OVERLAYS AND"POOR MAN'S COVERED CALLS" AND MUCH MORE...

The Crypto Rundown 92: Bitcoin versus Tesla

the music it's too loud